Physical Sciences
In 1975, the Brazilian government launched the National Alcohol Program (NAP) with the sole aim of relieving the country’s crushing dependence on fossil fuels with a move to cleaner ethyl-alcohol based fuels – and, thanks to researchers like Professor José Goldemberg, of the University of São Paulo, the program was an overwhelming success. Combining the country’s own natural resources with technological leapfrogging – and skipping over the less suitable technologies used by industrialised nations – means that, today, ethanol replaces 50% of the gasoline that would otherwise be in use in Brazil. Professor José Goldemberg argues that it’s time to take the approach globally.

The impact that human beings have had on the environment is immeasurable – from the vast areas of rainforest that disappear every single day, to the country-sized island of plastic floating in the Pacific Ocean. Air pollution. Oil spills. Mass extinction. Politicians who claim they don’t believe in monsters, when a titanic monster sits right outside our collective door, waiting. It seems that every day we draw closer to blindly falling prey to its trap: a climate catastrophe is just around the corner. In recent years, climate change and the renewable energy sector have received a lot of media attention – and you’d be forgiven for thinking that the issues are controversial but, in fact, over 95% of practising climate scientists agree that human beings are the main driving force behind global warming.

It’s easy, perhaps even comforting, to blame the generations that came before us: to say that their carelessness and greed is what led us to this point – led the monster to our door – but that only tells part of the story. In fact, much like the uneven global distribution of wealth, the majority of global energy is consumed by a minority of people. Approximately 70% of the world’s commercial energy is consumed by the 25% of the world population who live in industrialised countries, with the remaining 30% being rationed out to the 75% of people living in developing nations.

This situation is not a sustainable one and it would be naive to expect the balance to stay the same. If we look at the data, what we see is that the energy use of industrialised nations has actually stabilised in recent years, while that of developing countries continues to grow. What happens when the scales begin to tip and developing countries consume more and more energy? particularly energy from polluting fossil fuels? Professor José Goldemberg has spent his entire career looking at problems such as these and, if man-made environmental degradation in general and climate change is are going to be the bitterest pill our generation has to swallow, perhaps we can take a leaf out of his work to sweeten the taste with sugar.

Sugarcane as a sustainable fuel
It might seem like a starry-eyed idea from one of Isaac Asimov’s novels but, in reality, Brazil has been using sugarcane to fuel its cars for almost half a century. The idea started in 1975 when, in response to an international oil crisis, the government launched the National Alcohol Program (NAP) with the aim of alleviating some of the country’s dependence on fossil fuels. Back then, Professor Goldemberg was interested in how crops, already in production in Brazil, could be used to create ethanol and other ethyl-alcohol fuels.

In a 1978 paper, published in Science, he looked specifically at the energy cost and expenditure of several different crops: sugarcane, cassava and sweet sorghum. He focused on these specific crops because they are essentially a form of non-polluting solar energy: the sun’s rays provide the crops with the energy they need to grow – and a little extra; that extra energy is stored by the plants – quite literally saved away for a rainy day – and can be extracted in the form of ethyl-alcohol at a later date.

Professor Goldemberg’s work demonstrated that sugarcane was the most efficient crop to use when converting this solar energy into a chemical fuel and it paved the way for the Brazilian energy-boom that followed. Today, an estimated 50% of the gasoline that would be in use for fuelling cars in Brazil has been replaced with ethanol from sugarcane, a renewable fuel. An achievement that was made possible, in part, by what Professor Goldemberg calls technological leapfrogging.

Scientific research is motivated not only by curiosity of love for science, but also by fashions and the perception that some areas of research are more rewarding than others.

Enhancing the role of science in developing countries
At the height of the Cold War, when nuclear was everything, the US Air Force was pouring millions of dollars into developing the Convair NB-36H nuclear-powered plane. A project that was doomed to fail from the start due to the fundamental requirement to shield pilots from the masses of radiation produced using extremely heavy materials. Heavy materials and aircraft go together like chalk and cheese and the aircraft program would eventually be replaced with the submarines that we have today. History is littered with similar examples of ill thought out scientific endeavours. 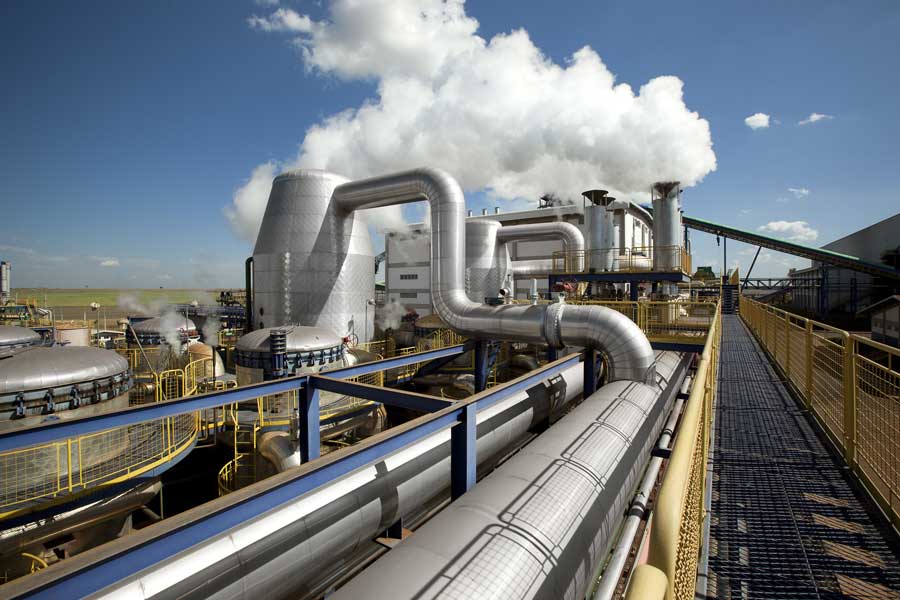 In science, funding is often provided by organisations who lack experience in front-line science. Government bodies who look for buzz-words in funding applications and dole out money based on political pressures more than what is actually needed. In developing countries, funding is often directly related to the research being undertaken in developed nations. As Professor Goldemberg explains, ‘Scientific research is motivated not only by curiosity of love for science but also by fashions and the perception that some areas of research are more rewarding than others’. This often leads to politicians pouring money into projects that are failed from the start because the underlying infrastructure that makes something successful in one country is missing in another. But is there a better way?

Professor Goldemberg believes that developing nations can – and should – leapfrog over the technologies that are unsuitable for their specific situations. Converting sugarcane to a fuel is one specific example of how this can work well, but the approach can be generalised to many technologies around the globe. Take the issue of supplying lighting to isolated villages around Africa, for instance. The majority of the country lacks the electrical grid system that developed nations use and, while this could be implemented at great cost, professor Goldemberg argues that it is unnecessary in most cases.

Sustainable development of energy around the world
Typically, lighting in isolated villages is currently supplied by kerosene lamps, batteries or candles and replacing these with standard incandescent light bulbs would be a better solution. However, imagine skipping over this old technology and going straight to Compact Fluorescent Lightbulbs (CFL), which are four times as efficient. This has the knock-on effect that it is now feasible to power the system using Photovoltaic (PV) solar cells, leapfrogging over less efficient technologies, like the inefficient electricity grid and the expensive power station that supplies electricity to it. ‘A PV-CFL system is some 100 times as efficient as kerosene and a half-million times more efficient than candles’ says Professor Goldemberg. ‘The PV-CFL solution leapfrogs over its alternative: a large, expensive electric generating station, sending power over miles of transmission and distribution lines, supplying a bulb that ultimately converts less than 1% of the original fuel energy to light’. 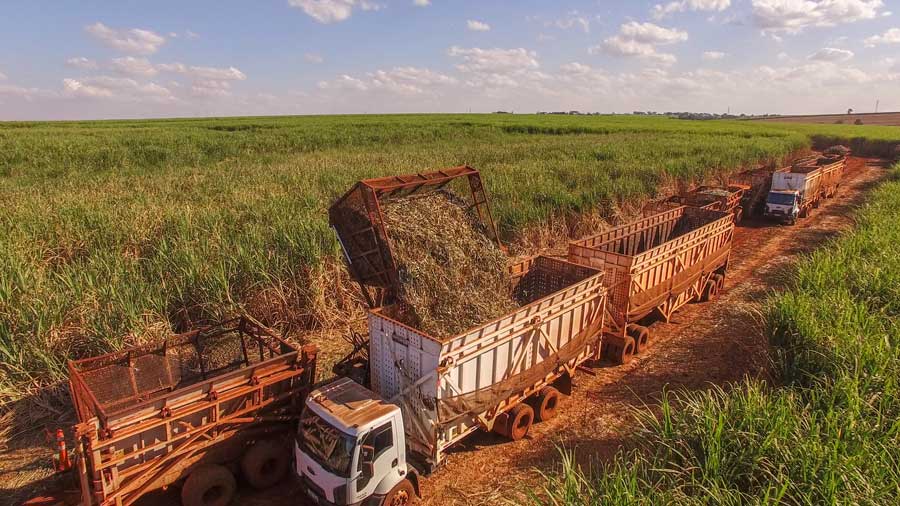 If a similar technological leapfrogging approach was adopted around the world in our fight against climate change, the energy crisis we are currently facing could be avoided. ‘A simple calculation shows that expanding the Brazilian ethanol program by a factor of 10 would supply enough ethanol to replace more than 20% of the gasoline used [around] the world’ explains Professor Goldemberg. The approach isn’t limited to ethanol fuel or village lighting, though – it can be applied to a whole swathe of technologies around the world and help fight the oncoming energy crisis we are currently facing.

Expanding the Brazilian ethanol program by a factor of 10 would supply enough ethanol to replace more than 20% of the gasoline used [around] the world.

On describing his vision and achievements in 1675, the world-renowned scientist, Sir Isaac Newton, famously said ‘If I have seen further [than others] it is by standing on the shoulders of Giants’. Serving as a source of inspiration for scientists, this adage has been repeated around the world, time and time again, when advanced technological breakthroughs have been reached. But, when focused so intensely on what has come before, it’s easy to lose perspective on where we’re going. At some point, during the years that have passed, some areas in science and technology have resorted to blindly following in the footsteps of predecessors, without considering how useful their approach might be. Vision and perspective are important.

The work of Professor José Goldemberg, of the University of São Paulo, Brazil, resonates over more than 200 years with those wise words from Isaac Newton. He reminds us that using what others have achieved previously can solve problems in often unexpected ways – but that it is important to consider the approach used in tackling a problem. Technological leapfrogging provides a route for scientists to skip over the potential stumbling blocks of using unsuitable technologies and, in Brazil, it has been used to alleviate one of the biggest problems we face today: the global energy crisis and global warming. Expanding the approach globally could shape the energy-climate for future generations around the globe.

Having worked within the energy field for such a long time, you must have witnessed a lot of technologies come and go. Are there any technologies whose success – or failure – you have found surprising?

Technological leapfrogging the global energy crisis: How can changing the role of science in developing countries help with an oncoming climate catastrophe? was last modified: January 15th, 2019

Professor Goldemberg received his PhD in Physical Sciences from the University de São Paulo in 1954. Presently, Professor Emeritus he was the Rector of the University from 1986 to 1990 and Minister of Science and Technology and Minister of the Environment of Brazil. In 2000, he was awarded the VOLVO Environment Prize.In 2008, he was awarded the Blue Planet Prize and in 2013 the “Lifetime Achievement Award” from the Zayed Future Energy Prize.

Professor José Goldemberg, of the University of São Paulo, research aims to relieve the world’s crushing dependence on fossil fuels with a move to cleaner ethyl-alcohol based fuels.