Asthma is a chronic inflammatory condition of the airways. While many people respond to inhaled medications, this treatment is not effective for everyone. Understanding more about the molecular pathways that promote severe asthma may provide opportunity for new therapeutic approaches. Dr Kevin M Magnaye, while a graduate student with Professor Carole Ober at the University of Chicago, explored changes in airway cells from people with and without asthma. They found that changes to small molecules called microRNAs modulate inflammation and immune responses that may lead to severe asthma.

Asthma is a common, long-term lung condition that affects over 250 million children and adults around the world. The disease is often triggered by aberrant immune responses to respiratory infections and inhaled allergens, such as dust, pollen, and animal fur/feathers.

The condition is caused by inflammation and narrowing of the small airways in the lungs, which leads to the characteristic symptoms of asthma, including coughing, wheezing, shortness of breath, and chest tightness. Most people with asthma can manage the condition with inhaled medications.

However, up to 15% of people with asthma may have severe asthma, defined as uncontrollable asthma; symptoms and poor response to treatment lead to increased numbers of asthma exacerbations and hospitalisations. As a result, severe asthma accounts for a disproportionate burden on healthcare costs.

Learning more about the molecular mechanisms underlying severe asthma may help scientists to develop novel therapies to treat the condition. This would improve quality of life for people with severe asthma and make treatment more cost- and resource effective.

Learning more about the molecular mechanisms underlying severe asthma may help scientists to develop novel therapies to treat the condition.

MicroRNAs and gene expression
While a graduate student at the University of Chicago, Dr Kevin M Magnaye and his advisor, Professor Carole Ober, were interested in how microRNAs may be involved in asthma pathogenesis. MicroRNAs, or miRNAs, are small molecules that play important roles in regulating gene expression. The term ‘gene expression’ refers to the process by which information from a gene is used to synthesise molecules that orchestrate biological processes. Altering gene expression can change the way a cell works. For example, if gene expression is upregulated, then the proteins or other molecules encoded by this gene may be synthesised in higher amounts. While many genes are referred to as ’coding’ because they produce proteins with various functions, miRNAs are non-coding in that they do not produce proteins but rather have key regulatory functions – they bind to the RNA transcripts of other genes and downregulate their expression. At least 60% of genes in the human genome are thought to be regulated by miRNAs.

The researchers explain that differences in miRNA levels have been observed in cells from the airways of people with and without asthma. For example, previous studies linked miRNA-mediated reductions in gene expression to the pathogenesis of asthma. This suggested that miRNA molecules may play a significant role in regulating asthma and asthma symptoms.

MicroRNAs can be altered by an editing process called ‘adenosine deaminase acting on RNA (ADAR)-mediated editing’. This is the most widespread RNA-editing process in humans, with over 50,000 suggested edited sites identified in human cells. This editing results in changes in the sequence of the miRNA from an adenosine (A) to an inosine (I). This change in the underlying structure of miRNA is known as A-to-I editing.

Most A-to-I editing events occur in an area of the miRNA that determines which target gene the miRNA binds to. Therefore, edited and unedited forms of miRNAs will bind to different target genes and differentially regulate their expression.

Comparing cells from asthma cases and controls
To explore how this editing process may be important in asthma, Magnaye and Ober examined A-to-I edited sites in miRNAs in (bronchial) airway cells from 94 adults with asthma and 44 adults without asthma (controls). They then tested whether there was a link between edited sites and clinical measures of asthma severity as well as links with clinical symptoms. The study also explored whether there were changes in the expression of specific gene targets of the edited and unedited miRNAs.

Overall, there were 19 A-to-I edited sites in the miRNAs from airway cells. However, the researchers found that one particularly frequent A-to-I change was seen in 97% of the 138 individuals in the study in differing proportions of miRNA molecules. This edited site occurred less often in airway cells from people with moderate or severe asthma compared to both the controls and people with mild asthma.

The predicted targets for the edited miRNA included two signalling pathways involving two cytokines that play a role in inducing and modulating immune responses, interleukin 4 (IL-4) and interferon gamma. The results of the study also showed that genes belonging to both of these pathways were increased in asthma cases, compared to controls. This relationship may be bidirectional, with previous studies suggesting that interferons (signalling molecules released during immune responses) may also induce ADAR-mediated editing.

Within the IL-4 and interferon gamma signalling pathways, certain genes were targeted by the miRNA. One particular target gene, called SOCS1, was overexpressed in most asthma cases compared to controls. Interestingly, this difference was observed for moderate and severe asthma, but not mild asthma. SOCS1 protein plays a role in suppressing some signalling pathways that are associated with immune responses. Although evidence is conflicting, most previous studies have reported increased expression of SOCS1 in people with severe asthma.

This is the first study to suggest miRNA editing as an epigenetic mechanism underlying asthma severity.

Magnaye and Ober explain that one limitation of the present study was that direct associations between SOCS1 protein levels and markers of immune regulation were not measured. However, in their study an increased number of a type of white blood cell, eosinophils, was correlated with asthma severity, the A-to-I editing site, and SOCS1 expression. This suggests a link between moderate-to-severe asthma and impaired immune responses, particular those relating to type 2 immune responses.

Overall, there is less A-to-I editing in miRNAs in airway cells from people with moderate or severe asthma. Less editing means less binding and downregulation of a target gene, SOCS1, which is then overexpressed in the airway cells from these individuals, presumably promoting symptoms in poorly-controlled asthma.

Conclusion
The research team point out that increased editing in this specific miRNA has also been observed in tumour cells of patients with lung cancer, compared to healthy tissue from the same individuals. Therefore, editing at this site appears to be either disease-promoting, in the case of lung cancer, or disease-protective, as with asthma. This suggests that there may be other unknown molecular mechanisms at play or other factors modulating the biological outcomes of editing.

This is the first study to suggest miRNA editing as an epigenetic mechanism underlying asthma severity. The work of Magnaye and Ober highlights the importance of demonstrating the role of ADAR-mediated miRNA editing in asthma and may help to identify therapeutic targets for the treatment of moderate-to‑severe asthma.

One possible way that this could be achieved is through RNA editing, a process that involves making changes to the genetic sequence and thus changing gene expression levels. If we are able to mimic the molecular pathways in airway cells from people without asthma, this may offer a novel treatment option for severe asthma.

Could you explain the differences between RNA editing and the gene editing processes we so often hear mentioned in the news?

The most common gene editing processes involve CRISPR-Cas9 technologies that induce targeted changes in DNA. These are powerful techniques that can edit mutations known to cause disease in humans. Similarly, RNA editing involves single-base changes in RNA. Here, we identified a naturally occurring RNA (A-to-I) edited site that was associated with asthma severity. Editing technologies that target RNA are currently being developed and may also be used to treat human diseases in the near future, such as the RNA-edited site observed in our study.

To edit or not to edit: Changes in microRNAs are associated with asthma severity was last modified: February 22nd, 2022 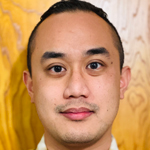 Dr Kevin M Magnaye completed his PhD in Human Genetics with Dr Carole Ober at the University of Chicago. Currently, he is an IRACDA postdoctoral fellow with Dr Susan Lynch at the University of California San Francisco, studying the early life microbiome and its impact on health and disease throughout the lifespan. 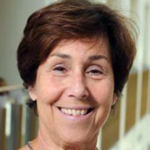 Dr Carole Ober is the Blum-Riese Distinguished Service Professor and Chair of Human Genetics at the University of Chicago. Her research goals are to identify genetic variants that influence gene expression and epigenetic marks in tissues relevant to complex phenotypes and common diseases, in particular those related to asthma and allergy.

The researchers performed the first genome-wide study of ADAR-mediated editing of miRNAs in airways cells from asthma patients.

Magnaye K. M. (2022). To edit or not to edit: Changes in microRNAs are associated with asthma severity. Research Outreach, 128. Available at: https://researchoutreach.org/articles/to-edit-or-not-to-edit-changes-in-micrornas-are-associated-with-asthma-severity/ (Accessed YYYY/MM/DD)