Professor Clayton Wiley from the University of Pittsburgh studies the emergence of new brain viral infections and their link to dementia. He examines encephalitis, an inflammation of the brain tissue that disrupts brain function and causes symptoms of variable severity, such as headache, fever, confusion, altered consciousness, loss of a sense, memory problems, trouble focusing or speaking, or even seizures. Knowledge of these viruses which manage to enter the brain is essential to mitigate infection and to prepare for the inevitable arrival of newly emergent and unknown infectious agents.

It took humans millions of years to evolve and become who we are today. Viruses are much faster. Existing viruses we are already familiar with can evolve and cause occasional epidemics, like the virus responsible for the annual flu. Humans have learned to cope with those. Sometimes, however, new viruses emerge and take us by surprise, and some of them can even disrupt our daily lives by causing pandemics – something we know all too well in 2021.

What are viruses?
A virus is made of genetic material (DNA or RNA) contained inside a protective envelope with proteins on its surface. To survive and thrive, it needs a host – for example, a human. Once the host is infected, the virus exploits the host’s cell machinery to replicate. To do that, the virus first has to bind to and enter a host cell. The viral genetic material is a code that indicates how to synthesise every component of the virus. Inside the host cell, thousands of envelope proteins and copies of the genetic material are synthesised and assembled into new viral particles. These viral particles are then released to spread within the host and infect other cells to keep replicating. The final step consists in moving to another host. 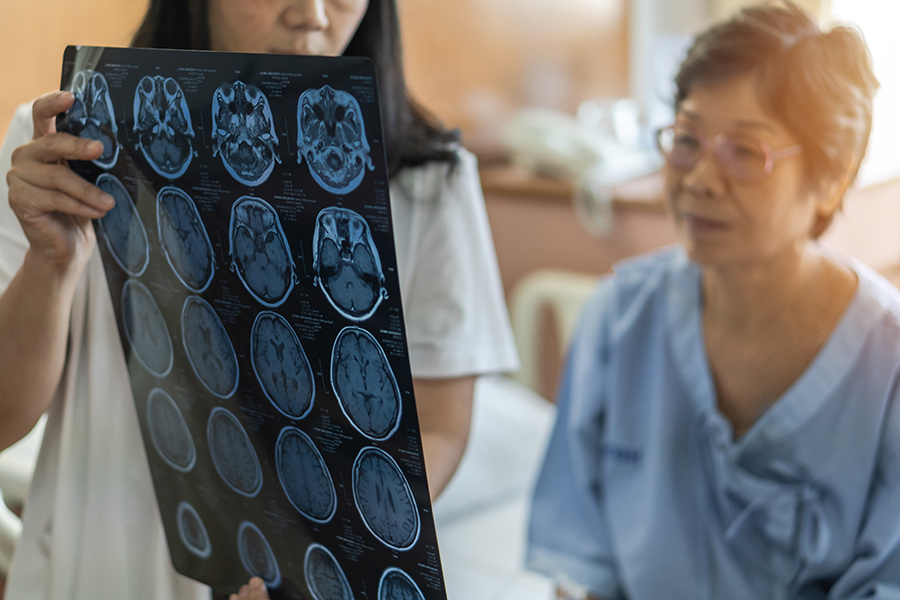 A broad range of strategies enable transmission from one host to another. Viruses known as enteroviruses, for example, replicate mostly in the host gut, and rely upon hand-to-mouth contact to infect a new host. Other viruses called arboviruses are found in blood. Their transmission is facilitated by vectors such as mosquitoes or ticks.

Our defence mechanisms
Innate and adaptive immunity are host defence mechanisms that prevent viruses from growing inside of our cells. Innate immunity includes physical and biochemical barriers. Skin, for example, acts as a barrier and constitutes the first line of defence against invading pathogens (viruses, bacteria). Mucus in the nose is another example of a barrier: it can trap viruses in the air we breathe. Innate immunity also has a role to play if viruses manage to enter the body despite the physical barriers. Viruses are recognised as foreign elements by host cells. This recognition triggers the destruction of the pathogen.

Natural selection has created an amazing set of barriers that prevent viruses from reaching the brain.

Adaptive immunity involves molecules such as cytokines and antibodies which neutralise viruses, and cells which kill infected host cells. The adaptive immune system has a memory: it remembers initial pathogen infections so that, with subsequent encounters, the protective response is more robust and effective.

Therapeutics
Though we have developed powerful defence mechanisms, some viruses manage to evade the immune system. When that is the case, therapeutics are needed to boost our immune defences. An ideal antiviral drug is a drug that specifically disrupts an element or physiological mechanism which is essential to the virus but not involved in host metabolism, so that it targets the virus without causing harm to the host. Such drugs are difficult to discover and, sometimes, the best therapy to treat viral infection is to prevent it from occurring in the first place. That is when quarantine or vaccines can be helpful.

Epidemics and pandemics
A common way for viruses to evade the immune system is to change the proteins on their surface or envelope. They do this through mutations. When enough mutations accumulate, the viral protein changes so much that host antibodies are unable to recognise it. The virus then escapes neutralisation by the immune system. This leads to a new epidemic.

From time to time, viruses create even greater havoc: when two different viruses infect the same cell, fragments of the genetic material can be exchanged. As they replicate and viral particles are assembled, entirely new reassortments are generated: the newly assembled viral particles contain proteins from both viruses. If these new viruses are capable of efficient transmission, they can be the origin of a new pandemic.

Brain barriers
Protecting the brain from viruses and other pathogens is of the utmost importance. For this reason, natural selection has created an amazing set of barriers that prevent viruses from reaching the brain. This begins with hair on the scalp, forming an insulating layer of air above an impermeable skin surface. Beneath the skin, the skull and additional tissue layers named meninges protect the brain. With these intact barriers, pathogens cannot be introduced directly into the brain.

Brain infection occurs only when pathogens are present elsewhere in the body. Then, they can spread to the brain via blood or nerves, but again there are some barriers. Blood vessels in the brain are made of tightly packed cells which normally prevent bacteria and viruses present in blood from entering the brain – this is called the blood-brain barrier. Moreover, inside the brain, immune cells named microglia patrol the environment on the lookout for any foreign element.

Despite these barriers, some viruses still manage to infect the brain. When this happens, they often cause a lethal disease. Prof Wiley reviewed emergent viral infections and the neuropathology they caused in just the past 50 years. Here are a few examples. 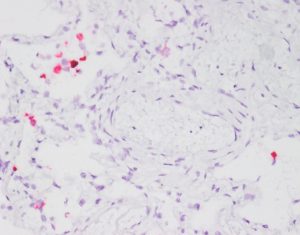 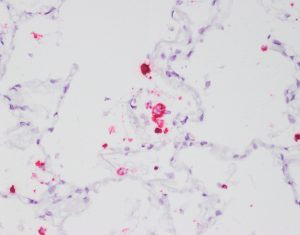 Influenza virus
Different strains of influenza can infect different hosts, including birds, pigs and humans. On rare occasions influenza develops the capacity to jump from one host (e.g., pigs) and infect a new host (e.g., humans). The new host has not seen the new strain of virus before and thus has no immunity, resulting in rapid and massive spread causing global infections or pandemics.

The influenza virus has caused several pandemics, including the Spanish flu of 1918 and the swine flu of 2009. It is also the origin of Avian flu, which is considered to be one of the greatest pandemic threats: to date, only humans who have been in close contact with infected birds develop lethal neurological disease caused by Avian flu, because the virus is – fortunately for us – unable to be transmitted from human to human. However, this may not last indefinitely.

Prof Wiley reviewed emergent viral infections and the neuropathology they caused in the past 50 years.

West Nile virus
West Nile virus is transmitted to humans by mosquitoes. While it causes no symptoms in up to 80% of infected humans, the remaining 20% experience classical symptoms of encephalitis, such as fever, headache, fatigue, malaise, muscle pain, and weakness. When the virus spreads to the brain, it can cause disorientation, movement disorders (severe tremors and parkinsonism), paralysis, or even coma and death.

Zika virus
Zika virus is also transmitted by mosquitoes. Since the 1950s, when Zika virus was first detected in a human, the virus has been circulating widely in equatorial Africa and Asia, often causing no or only mild symptoms. However, in 2015, Zika virus spread to the Americas and populations with naïve immune systems unacquainted with the virus. Up to one million infections were reported in Brazil. While most infections are clinically mild, Zika virus can cause Guillain-Barré syndrome, a serious condition of the nervous system characterised by numbness, weakness and pain in the feet, hands and limbs. Zika virus can also be transmitted from mother to foetus during the first trimester of pregnancy, resulting in microcephaly (abnormally small head size) and other congenital malformations in the infant.

Human immunodeficiency virus (HIV)
HIV-1, responsible for the AIDS epidemic, is derived from a chimpanzee agent which, about 70 years ago, made the jump to infect humans. Able to evade the immune system, the virus is present in high quantity within the host over a long period of time, during which the host can spread it to new hosts through close contact exchange of blood or bodily secretions. This is how HIV-1 eventually infected over 70 million humans.

When HIV-1 enters the brain, it targets microglia, the sentinel immune cells of the nervous system. Infected microglia disrupt the brain and cause neurodegeneration (the progressive loss of neurons) and dementia.

Coronaviruses
There are seven known coronaviruses (CoVs). Four of them are endemic, which means that they are widespread among humans. For most people, they just cause a cold. The three other known human CoVs are suspected to have emerged from bats and been transmitted to humans through intermediate hosts: palm civets for severe acute respiratory syndrome CoV (SARS-CoV), camels for Middle East respiratory syndrome CoV (MERS-CoV), and possibly pangolins for SARS-CoV-2 (also known as COVID-19). All three of these CoVs mediate severe pneumonia and their appearance in humans was unanticipated. While SARS-CoV and MERS-CoV had limited spread (each causing about 800 deaths in the world), COVID-19 has been disrupting our lives for more than a year. Symptoms such as confusion, trouble focusing, loss of taste and smell, or even loss of consciousness, seizures and strokes, show that COVID-19 affects (though probably does not directly infect) the human brain.

Because SARS-CoV-2 has emerged recently, its long-term effects on cognition are still unknown, but researchers around the world are actively studying the disease. Could COVID-19 bring on permanent cognitive decline and therefore be linked to dementia? Time will tell.

What inspired you to conduct this review?

With a global human population of almost 8 billion, we are an easy target for new viruses emerging from other species. As sadly proven by the COVID-19 pandemic, we need to be vigilant in monitoring and detecting these new infectious agents. But we also need to understand the virus life cycle and our immune response to it so we can devise measures to prevent viruses from infecting our brains. 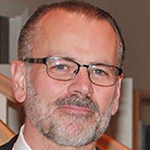 Clayton Wiley received his MD and PhD from University of California San Diego (UCSD) in 1981. After a pathology residency and neuropathology fellowship, he became Assistant Professor and later Professor at UCSD. Since 1993, Prof Wiley works at the University of Pittsburgh, where he is Director of the Division of Neuropathology. In addition, Prof Wiley directs the Neuropathology fellowship program and runs an NIH-funded research program studying neuroinflammation and viral encephalitis in particular.

Prof Wiley investigates the emergence of new brain viral infections and their link to dementia.

One thought on “Encephalitis – when viral infections attack the brain”