Health & Medicine
Functional gait disorders refer to neurological problems with walking which do not have a structural cause. Researchers have struggled to understand the mechanisms that underlie this elusive disorder, and clinicians have been unsure how to offer care or even how to diagnose it accurately. Professor Diego Kaski, however, has led a group of collaborators with a bold new approach, inspired by the weird feeling you get when you step on a broken escalator. Through this ‘broken escalator’ phenomenon, the researchers are able to find new tools for diagnosing and treating functional gait disorders.

Over half of the world’s population are estimated to live in a city of some kind, with millions of these people living in capital cities or other megacities. There is a lot that will grab the attention of someone visiting a city like London, New York, Hong Kong, Rio de Janeiro, or Cairo: big shopping malls, sprawling subway networks, and the towering skyscrapers that define the skylines of cities like Hong Kong and New York. But you may not have paid much attention to the escalators that take shoppers up to the next floor of shops, or down to the underground.

Broken escalator phenomenon
However, these escalators did capture the interest of two scientists. R.F. Reynolds and A.M. Bronstein designed a study in 2003 in which they would develop the ‘broken escalator’ phenomenon. Specifically, they were interested in the discombobulating feeling people get when they step onto an unmoving escalator. You might notice that when you step onto a stationary escalator, you lean forward and take the step too quickly, throwing your body slightly off-balance. 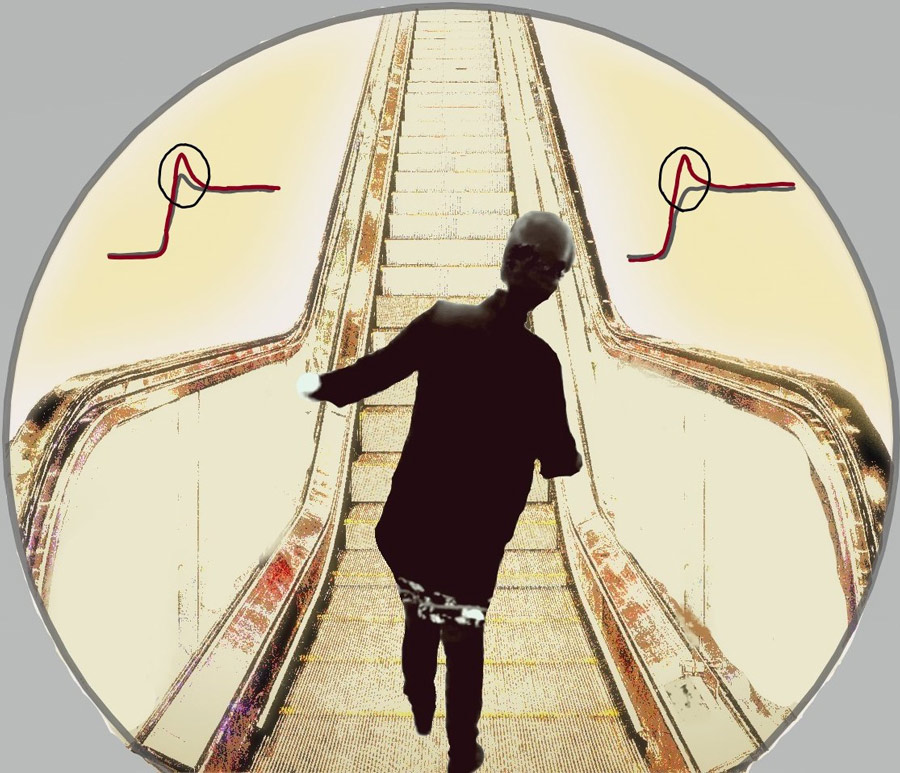 This is what Reynolds and Bronstein were interested in studying. In their experiment, people walked onto a non-moving platform ten times, then onto a moving platform twenty times. Finally, each person was told they would be stepping onto the moving platform, which would no longer be moving. Each person stepped onto the platform too quickly, swaying their torsos forward, despite knowing that the platform would not move.

Reynolds and Bronstein explained this as a locomotor after-effect. The brain centres that control our leg’s movement ensure a particular motor strategy is used for us to step onto a moving platform in a stable manner. As the brain cannot say with certainty whether the platform will move or not, it takes the safest approach: stepping in quickly and leaning forward, in anticipation of movement. Some participants of the study told the scientists that this experiment was like walking onto a broken escalator. Thus, the ‘broken escalator’ phenomenon was born.

Functional gait disorder is an involuntary disorder that arises from the improper function and use of the nervous system.

The real insight contained in an otherwise banal observation was that people’s motor nervous system was not able to immediately switch between two different learnt behaviours. Even if someone is consciously aware that an escalator is broken, their body will take a first awkward step before unconsciously switching to a different walking pattern.

Functional gait disorder
Walking is an integral component to human existence; however, the mechanisms that underpin this seemingly basic behaviour are complex. An unstable gait means you are more likely to fall and injure yourself, but some ‘gait’ (walking) disorders can exist despite normal integrity of the basic mechanics.

A functional gait disorder refers to an abnormality of walking and balance that is internally inconsistent (exhibiting unexplained variability from one moment to the other) and incongruent with other recognised neurological diseases. People with this disorder might walk slowly with small steps, swaying their arms and legs in a way which throws them off balance. They are also prone to dragging a leg or falling from their knee buckling. Consequently, they walk with a greater risk of injury.

This arises due to a problem with the nervous system, much like other neurological disorders such as Parkinson’s disease. Still, the problem does not affect the brain’s ‘hardware’ (as it might do in Parkinson’s disease) but rather the ‘software’ (the processing of sensory information and how such information informs the most appropriate walking strategy). It is an involuntary disorder that arises from the improper function and use of the nervous system, rather than from any underlying visible damage.

The benefits of a broken escalator
Many scientists have been thinking about how we might improve the clinical diagnosis and treatment of functional gait disorders. Prof Diego Kaski, consultant neurologist based at the National Hospital for Neurology and Neurosurgery and Associate Professor at University College London, is one such scientist. He studies dizziness and balance disorders, and having worked alongside Reynolds & Bronstein in 2001 to develop the paradigm, was keenly aware of the broken escalator phenomenon. Together with Dr Coebergh, he began to consider whether the broken escalator phenomenon could help unpick the mechanisms that lead to functional gait disorders.

Alongside his colleagues, Prof Kaski sought to explore motor learning abilities of patients with functional gait disorders, making use of the broken escalator phenomenon. He compared fourteen patients with seventeen controls (without functional gait disorders) in a Reynolds and Bronstein-inspired experiment. People moved onto a stationary platform five times, then moved onto the same (but this time moving) platform ten times, then back to the stationary platform, each with prior warnings of this change in platform movement.

Despite initially having a slower walking speed, functional gait disorder patients showed they could quickly increase their walking speed and match the speed needed to walk onto the moving platform. In fact, their unconscious learning curve for adjusting their speed and gait was similar to the control group. It was during the motor after-effect stage of readjusting from the moving to stationary platform where the major differences were seen.

All groups demonstrated the broken escalator phenomenon with a physical forward stumble onto the stationary platform, having experienced the moving platform just before. But where the control group only stumbled the first time they changed from the moving to the stationary platform, those with functional gait disorder could not correct themselves and repeatedly demonstrated this motor after-effect. Patients also self-reported greater instability in walking during the conscious stationary platform phases than the control group, as well as postural anxiety, but not during the unconscious (implicit) learning phase.

Improving diagnosis and treatment
By testing the ability of patients with functional gait disorders to learn and unlearn motor behaviours using the broken escalator phenomenon, Prof Kaski and his collaborators were able to develop insights that can improve diagnostics and treatments. These results suggest that abnormal walking behaviours are related to problems in the interpretation and processing of sensory information necessary for gait (what the eyes and feet are telling you), particularly when movements are under conscious control. By contrast, more reflex movements are normal in patients with functional gait disorders, as the brain cannot easily exert control over these.

Much like the first step for almost anyone on a broken escalator, the brain must make a rapid ‘risk assessment’ based on current information and previous experience. Once it has learnt the more appropriate response, it rapidly reverts to this (the ‘broken escalator’ stumble only happens the first time you step onto that particular broken escalator). The difference for people with a functional gait disorder is that it takes much longer for them to rectify incorrect or ineffective motor programmes. A test based upon this experimental design could be used to test and diagnose functional gait disorder, looking to assess the duration of the after-effects.

Prof Kaski discusses how tapping into ‘motor learning’ could be a key missing tool in our arsenal of treatments for gait disorders. Motor learning – usually targeted at learning motor skills which coordinate muscles and body parts including walking – requires continuously learning and practising a skill so it can eventually be performed automatically. For example, learning to type on a keyboard will initially be slow and require concerted and conscious thought as we learn the position of each key. But, over time, we intuitively learn the position of each letter and can touch-type without looking or thinking about the position of the keys. Moving to a new keyboard can disorientate our touch-typing.

The same principle applies to learning to walk or run. This could be used to help people with functional gait disorders. In their paper, Prof Kaski and his co-authors suggest using treadmills to continuously alter the speed and belt patterns with the idea of training patients to better respond to different movement patterns, until it becomes intuitive and automatic. Though experiments and trials would need to be conducted specifically to test whether this has therapeutic benefits, it does provide an important new potential treatment for clinicians and researchers to explore.

Could you expand more on the current problems with diagnosing/treating gait movement disorders? 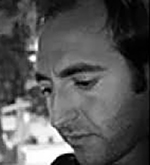 Diego Kaski is a consultant neurologist at the National Hospital for Neurology and Neurosurgery and Honorary Associate Professor at UCL. He specializes in the diagnosis and treatment of dizziness, balance and eye movement disorders. He is an active teacher in vestibular neurology and key opinion leader in the field.