Physical Sciences
The NASA Kepler Space Telescope revolutionised our understanding of the universe. By continuously observing over half a million stars during its four-year mission, Kepler discovered thousands of exoplanets. Many hundreds of these are Earth-like in size and composition, and tens of them reside in the habitable ‘Goldilocks’ zone. Kepler and similar space-based telescopes like TESS discover planets purely by inference, never actually ‘seeing’ these planets. Instead they watch for tell-tale periodic dips in brightness. When a star twinkles, suggesting an alien planet has been detected, Dr Steve B. Howell at NASA’s Ames Research Centre has the job of determining what it is. Using some of the largest ground-based telescopes on Earth and a technique called speckle interferometry, the researchers are identifying the planets which might be best-suited to harbouring life.

Do you believe in aliens? More than one in two people in the UK, Germany and the US believe there is intelligent life out there in the universe, meaning that – whether your belief is rooted in crop circles, statistics or gut feeling – ‘you are not alone’.

100 years ago the hunt for alien life was limited to speculations about Mars and the moon. Nowadays we can look further afield, to planets which orbit stars outside our own solar system: exoplanets.

Unquestionably, the game-changer in the field of exoplanets was the Kepler space telescope. Johnannes Kepler (1571-1630) was a mathematician, astrologer, and astronomer. He used observations of the planets in our solar system to develop his famous laws of planetary motion. Kepler also worked on optics and invented an improved version of Galileo’s astronomical telescope – a refracting type or a Keplerian telescope.

Launched in 2009, armed with a photometer as its only scientific instrument, the Kepler space telescope began surveying one field of view in the sky. Kepler discovered more exoplanets during its mission than all other discovery methods combined.

Of particular interest to Kepler were discoveries of Earth-like planets. These ‘rocky’ planets have a similar size to Earth, and are within the ‘habitable zone’, usually defined as having a temperature in which liquid water could reside on the planet’s surface.

Unquestionably, the game-changer in the field of exoplanets was the Kepler space telescope.

Twinkle twinkle – spotting exoplanets
Directly viewing exoplanets is not quite so easy. The Kepler space telescope used photometric data to infer the existence of an exoplanet. This method is known as the transit method. It involves observing a star (or groups of stars) over time and monitoring their brightness very precisely. If an orbiting planet passes directly in front of – that is, it transits – a star, the light level will dip slightly and then return to normal. This will happen repeatedly, once for every orbit of the exoplanet. This is by no means the only way exoplanets can be detected. Another method, ‘direct imaging’ looks at the thermal emissions of young, large planets. The radial velocity method can identify exoplanet-hosting stars from the ‘wobble’ as their planets orbit them. Finally, gravitational microlensing observes the lensing effect of gravity when a solar system passes directly behind another (unrelated) star.

None of these other methods, however, have discovered as many exoplanets as transit photometry. Over its years of service, the Kepler space telescope observed a staggering 530,506 stars every 30 minutes for four years and detected over 4,000 exoplanets. After two of its three reaction wheels failed in 2014, an ingenious proposal to repurpose Kepler as ‘K2’ led to an adaptation of spacecraft balance by using sunlight with precise positioning using thruster fuel.

The K2 programme, with Dr Steve Howell as lead scientist, gave new life to Kepler until it retired in 2018 when the telescope finally ran out of fuel. K2 discovered many new exoplanets and extended the search for four additional years. The data collected by these missions is expected to continue revealing new exoplanets for several more years.

The need for exoplanet follow-up
A new wave of exoplanet space telescope missions is well underway, including NASA’s Transiting Exoplanet Survey Satellite (TESS). TESS searches for transit signals across the whole sky, and is expected to lead to several thousand more exoplanet discoveries. PLATO will also look for transits deeper in space than Kepler could. In addition, the James Webb Space Telescope and the Nancy Grace Roman Space Telescope will join the European Space Agency’s CHEOPS, collecting information to help characterise existing exoplanets in the search for life.

For each transit signal and new exoplanet discovered, it is important to perform detailed follow-up observations of the host stars. This crucial work has become Dr Steve Howell’s domain.

Every star which shows a transit signature yields an exoplanet candidate, with the measured starlight viewed over time implying that a planet is regularly orbiting that star. The intrinsic brightness of the star is used as an indication of the star’s size; the amount the brightness dips is used to determine the relative size of the planet.

However, there are several reasons why the data might not give the full story. Especially problematic is the existence of binary star systems. This two star system affects the brightness readings in the photometric data, and leads to incorrect estimates of planetary size, density, and therefore possibilities of habitability.

The need for this type of follow-up research was identified even before Kepler was launched. Howell has spent the last decade studying what he refers to as ‘transit-like’ events. That is, since some of the exoplanet discoveries by transit observations may be false, the exoplanets remain candidates until scrutinised in more detail.

Exoplanet transit searches from space telescopes such as Kepler or TESS, which gather information for many stars at once but over a broad area of the sky, have relatively low spatial resolution. Each pixel of their cameras may contain multiple stars, making it hard to identify which star is responsible for the observed transit-like regular dip in brightness.

To solve this problem, and to validate and characterise the exoplanets and their host stars, high spatial resolution images are required. Speckle imaging is a technique used by ground-based telescopes to remove the distortions caused by disturbances in the Earth’s atmosphere. By re-constructing an image from many short exposures with specialised software, very high-resolution images can be produced with the ability to see deep into the alien solar system.

Ultra-high resolution
As a result of Howell’s research into ultra-high spatial resolution images, three new instruments have been built. These are installed at some of the largest ground-based telescopes in the world. Essentially, Howell and his team produce the highest-resolution images yet achieved.

So far, the team has observed over 1,000 exoplanet hosting stars from Kepler and K2, and more than 500 from TESS. This has resulted in 65 published papers in the last year and a half alone. One of the most important learning points from this work is the value of community understanding of the host star or stars in an exoplanet-hosting system.

A new wave of exoplanet telescope missions is well underway, including Nasa’s Transiting Exoplanet Survey Satellite (TESS) which searches for transit signals across the whole sky.

Two stars are better than one (for planet formation)
Recent research led by Howell on TESS exoplanet stars finds that almost half of all exoplanet-hosting stars are actually part of a binary or multiple star system. This has important implications for the way we interpret the transit signals. For example, ‘contamination’ light from the second star can reduce the dip in brightness when the exoplanet transits its host star.

The exoplanet will then be predicted to be smaller than it really is, meaning the planet is incorrectly characterised. What may look Earth-like from TESS data may actually more likely be an Neptune-like ice giant!

Recent research from Howell’s team also details an interesting discrepancy between binary star pairs with and without exoplanets. This was discovered in a survey of 186 exoplanet host stars from the TESS mission.

Stellar work
The most up-to-date estimates suggest pairs of stars in binary systems are, on average, 40 astronomical units from each other (the distance between our Sun and the planet Pluto). These estimates are based on observations of binary stars without regard to exoplanets. Howell’s survey of TESS data – looking specifically at 45 binary systems with exoplanets, provides a different result.

Exoplanet-hosting binaries are more likely to orbit further from each other, typically around 100 astronomical units apart, and fall into a narrow range of possible inter-stellar distances.

Given that planets and their stars tend to be formed at the same time, Howell’s discovery changes our understanding of planetary formation. His work suggests that many planets were formed under the same conditions which lead to binary star formation, a very different mechanism than our own single-star solar system.

This isn’t the only big discovery made through speckle imaging. Howell and his team also use their research to answer important questions about the exoplanets themselves. Which star in the binary is the one hosting the planet? If two stars appear very close in space, are they really close, or do they just line up well with the view from Earth? Which planets are the best candidates for further investigation by telescopes that can perform spectroscopy to determine the composition of the exoplanet’s atmosphere and search for signatures of life?

High-resolution speckle imaging gives us new ways of understanding the increasing number of candidate exoplanets and their environments, including identifying those which might be best-suited to harbour life. 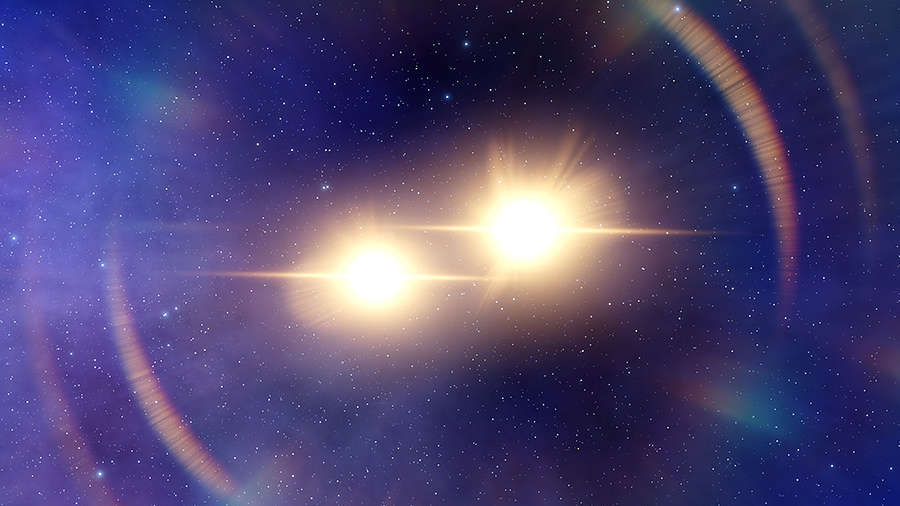 <> One of the most fundamental questions of humanity is, Are we alone? Since humans looked up at the lights in the night sky the question of where we came from and who else is out there has been a fundamental driving force for exploration and discovery.

Speckle imaging and the research it enables is one aspect of the larger picture that someday will lead to the discovery of life on an alien world. My current work provides detailed information on many exoplanets and the stars which they orbit in order to help all of us in astronomy produce a list of the best exoplanets to observe in the future. These exoplanets will provide the greatest opportunity for science to discover signatures that life exists elsewhere in the Galaxy. 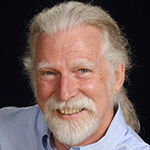 Dr Steve B. Howell is a research scientist at NASA and was the project scientist for the Kepler and K2 missions. Steve has worked in many aspects of astronomy: pioneering the use of charge-coupled devices (CCDs), building innovative instruments, and involvement in many STEM activities. Howell has written over 800 scientific papers, nine books on astronomy, and two science fiction books. He enjoys scientific challenges, the great outdoors, vegetarian gourmet cooking, and playing blues music.

Steve Howell currently works to understand the characteristics and true nature of exoplanets – that is planets that orbit alien suns. Over 4,000 exoplanets are currently known, and Dr Howell’s research aims to provide detailed knowledge of their formation, dynamics and evolution. Making observations with new technology instrumentation, Howell performs research on exoplanets, and in particular detailed study of the stars that they orbit.

Monitoring electrolyte stability in lithium-air batteries for electric aircraft
Physical Sciences
Read This Article
Travel to Cornwall for your next holiday…then into space!
Research Outreach Blog
Read This Article