Earth & Environment
River degradation is a widespread consequence of human development. In Seattle, Paul Bakke, founder of The Science of Rivers, along with a leading channel-design engineer and an aquatic ecologist, have implemented an innovative urban stream restoration project. A traditional stream restoration approach was transformed by adding an engineered streambed designed to restore and enhance the hyporheic zone. The project has improved the ecological and hydrological functions of Thornton Creek, including reducing flood risk and improving water quality. After just four years, Chinook salmon spawned in one of the new plunge-pool structures. The project is the subject of an inspirational documentary film.

Thousands have lived without love, not one without water (W.H. Auden).

All the water that will ever be is, right now (National Geographic, 1993).

These two simple missives on water, taken together, perfectly capture all that is needed to know. Quite simply, water is the basis of all life on Earth. We take it for granted – or worse: mistreat it – at our peril. Rivers mark one of the most visible parts of the water cycle, and have perhaps suffered the most at the hands of humans. River courses have shaped human history, providing a vital resource for sustaining life, growing crops, providing a means of defence, and offering a road to far off places.

However, in our quest to harness the power of rivers, humans have extracted water and engineered water courses at an unsustainable rate. Dams are too numerous, and their impacts and locations poorly thought through. The stripping away of natural vegetation, the forcible stabilisation of river courses by straightening and lining with rock and concrete, and attempts to cut off floodplains with levees to allow for residential, commercial, and industrial development has exposed us to huge risks from alluvial flooding. The results have been devastating: frequent floods, fewer fish, shortages of clean and fresh water, ecosystem degradation, and unsightly landscapes, to name but a few. Perhaps most ironically, in our drive to harness rivers for social and economic development, we are left in a situation where expensive maintenance programmes are needed to perform ecological functions once provided for free by rivers.

The Science of Rivers
In Washington State, Paul Bakke, the founder of The Science of Rivers, is dedicated to improving public understanding of rivers, with the aim of changing how society approaches river management. Following many decades as a hydrologist and geomorphologist for the United States government, Bakke is devoted to creating educational resources for river science, and to facilitating and promoting stream restoration and assessment techniques.

Stream restoration at Thornton Creek went beyond the traditional by incorporating an innovative engineered streambed.

One key approach has been urban floodplain reconnection at Thornton Creek, a waterway that empties into Lake Washington, Seattle. While much of the design followed a traditional stream restoration approach, it was transformed by adding an engineered streambed to restore hydrological and ecological functionality, co-designed by an engineer and a geomorphologist. The project brought together experts from various fields, including Michael (“Rocky”) Hrachovec (a civil and design engineer who turned the conceptual ideas into constructible designs), Katherine Lynch (an aquatic ecologist and research manager who secured support and funding from the City of Seattle), Natural Systems Design (an engineering and consulting firm that did the detailed design work), Seattle Public Utilities (who funded the project and associated research), and the U.S. Fish and Wildlife Service (who provided specialists and equipment under an agreement with the City). 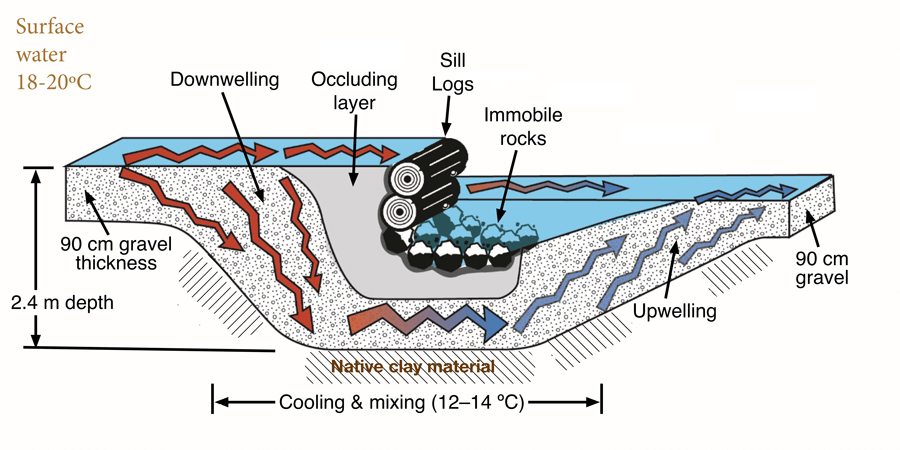 A new life for Thornton Creek
Thornton Creek is an urban waterway that drains approximately 29km2; it comprises two second order tributaries that meet to form a 2.1km mainstem that flows into Lake Washington. The watershed area is heavily developed, and what was once forested is now 59% covered by impervious surfaces (e.g., roads, pavements, buildings, etc.); most remaining land is covered by gardens and other landscaped areas that, while not impervious, differ significantly in their drainage characteristics when compared with the original forest. As with many urban waterways, the channel has been heavily engineered, including the straightening and hardening of the banks, forced channelisation, and the removal of the natural structural framework (e.g., trees, logjams). The creek had become primarily a conduit for storm water runoff and suffered from low water quality. Flooding was a consistent problem, with nearby homes and other infrastructure seriously inundated multiple times in the years before restoration began.

The multi-million-dollar restoration scheme focused on two segments of the creek, with construction taking place over the summer of 2014. The more traditional restoration aspects of the projects included channel widening and the formation of a floodplain. Construction materials focused on wood and rock structures that closely mimicked features of the natural environment.

However, stream restoration at Thornton Creek also went beyond the traditional by incorporating an innovatively engineered streambed specifically designed to restore and enhance the hyporheic zone. The hyporheic zone consists of those portions of the substrate beneath the riverbed and floodplain that are saturated by water that, at least in part, interchanges with surface water flowing down the channel. As Paul Bakke explains: “This underground world, where water originating in the river channel is percolating through the spaces between grains of gravel and sand, performs critically important ecological functions, including cooling and cleaning the water, and forming a habitat for creatures ranging from microbes to insects to juvenile fish. Despite its ecological importance, hyporheic restoration has rarely been an explicit goal of stream restoration.”

This component of the projects included over-excavating the channel and backfilling it with a gravel mixture mimicking natural streambed material, to a minimum depth of 90cm, which was six times the pre-project streambed thickness. The team introduced specially designed plunge-pool structures, built with subsurface gravel extending down to 2.4m, to enhance hyporheic flow volume and increase the time this water spends circulating through the streambed.

Long-term ecological restoration is incumbent on the explicit support of society at large.

Post-construction
Stream restoration projects are a long-term process, and post-construction monitoring of the system was important to assess the effectiveness of the approach. At Thornton Creek, control segments were identified approximately 90m upstream of the restored channels. The effectiveness of the design was evaluated by looking at surface water and streambed temperatures, which were monitored between summer 2015 (one full year after construction ended, allowing for a full winter season during which the stream adapted to the new hydraulic conditions and sediment load) and October 2017, and compared to pre-project conditions. During full sunlight, when sun-exposed stream water normally heats up as it flows downstream, the team observed up to 1.5°C of cooling, without shade, which was attributed to a plunge-pool structure. The temperature difference between the surface water and streambed averaged 1.5 times that of the control reach, and four times that of the pre-construction reach, demonstrating that widespread enhanced water exchange between the surface and subsurface was occurring. Using this vertical temperature gradient, the rate of vertical water movement was found to be 89 times greater than that of the pre-construction site, and 17 times the rate measured in a pristine stream in Idaho. Repeat measurements of the sand content of the streambed surface and subsurface layers showed that a return to the impermeable state of the pre-restored streambed was not occurring, demonstrating that natural hydraulic processes had been restored, and were maintaining a good streambed condition.

The project at Thornton Creek was also investigated by other researchers. One group used dye tracers to identify individual water pathways through the hyporheic zone beneath a plunge pool structure. They analysed the difference in chemical water quality between water entering and exiting the hyporheic zone using mass spectrometry and found significant reductions in the concentrations of hundreds of organic compounds, including 83 identified chemical pollutants linked to vehicle/roadway sources and to mortality of coho salmon, even in water that spent only 30 – 180 minutes moving through 3 to 5m of the subsurface (Peter et al. 2019).

Other investigators studied the biological response and found complex differences between the control and restored channels, including increased density and richness of hyporheic invertebrate populations (Morley et al. 2021). As Paul Bakke explains, “A key marker of the project’s success was the observation of Chinook salmon spawning at a plunge-pool structure just four years after construction. These fish had not spawned in here in recent memory.”

Spreading the word: an inspirational documentary
Long-term ecological restoration is incumbent on the explicit support of society at large. To this end, making restoration projects visible and accessible to the public is crucial. It is hoped that visibility of the Thornton Creek project, and by extension the importance of stream restoration in general, will benefit greatly from being the subject of a powerful feature-length documentary film. Engineering with Nature – sustainable solutions for a changing climate, an Official Selection at the 2019 International Seattle Film Festival, and at the 2019 International Kuala Lumpur Eco Film Festival (finalist for Best Documentary), was released online for general viewing on Earth Day 2021. The film focuses on the design and construction of the engineered streambed and floodplain, and the performance results. The feedback from filmgoers suggests that viewers come away with a greatly expanded appreciation for what was done, why it was done, and the long-term implications of the project.

Are other similar projects in the pipeline? Have the neighbouring properties experienced flooding since this project was completed?

<> Currently, we know of no other similar projects being constructed. However, there are projects in the pipeline in Seattle that are considering the addition of a hyporheic design element. The biggest potential benefits are in urban watersheds where regulations require infrastructure for storm runoff. This is traditionally accomplished by unnatural means such as detention ponds, which serve no habitat value per se. Engineered streambeds create opportunities to combine habitat restoration with water treatment. When combined with floodplain restoration, flood damage is reduced as well. Neighbouring properties at Thornton Creek have not been flooded since this project was constructed. But innovation entails risk, so engineers can be reluctant to take new approaches. We hope that outreach to tell this story may induce others
to take that risk. 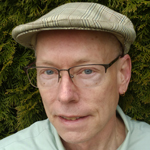 Paul Bakke has 30 years’ experience as a hydrologist and geomorphologist for the U.S. Fish and Wildlife Service and U.S. Forest Service. After leaving government service, he started The Science of Rivers, a company devoted to creating educational resources in river science and consulting in stream restoration and assessment techniques. 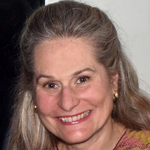 Katherine Lynch is co-author, aquatic ecologist and research manager who secured support and funding from the City of Seattle. 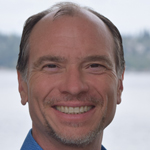 Paul Bakke and his collaborators have synthesised traditional stream restoration with innovatively engineered streambeds to drastically improve the ecology and hydrology of Thornton Creek, Seattle.