Earth & Environment
After its last excavation in the 1970s, a group of palaeontologists, genetics experts and cavers led by vertebrate palaeontologist and mammalian carnivore specialist Dr Julie Meachen of Des Moines University, have re-opened excavations at Natural Trap Cave (NTC) in North America. During this project, Dr Meachen hopes to uncover the secrets of the mass extinction of the last ice age and give high school students the opportunity to get involved in Palaeontology.

Before the withdrawal of the last ice age in the late Pleistocene some 10,000 years ago, species diversity was much richer than it is today. Many Pleistocene species were bigger, more varied in appearance and roamed in greater numbers than those we see now. Megafauna – large animals typically weighing more than 44kg and iconic to this time – such as mastodons, dire wolves and sabre-toothed cats, roamed the Earth. Now, these species are extinct, with climate change being one of the contributing factors in a complex extinction event that saw a dramatic loss of diversity.

In an attempt to better understand the factors that influenced this mass extinction and how climate change affects animal populations, Dr Meachen along with co-investigator Dr Alan Cooper and her collaborative team have been studying the remains of megafauna excavated from Natural Trap Cave in Wyoming, North America. Today, we are experiencing a sixth mass extinction, with climate change and human influence believed to be at its heart. The research at Natural Trap Cave (NTC) could not only uncover information about the events leading to the loss of the ice age’s megafauna, but may also help us to understand how climate change has played a role in the current extinction crisis.

A glimpse into the past
Natural Trap Cave is a pit cave in North America. During the Pleistocene, this natural deadfall trap would have been located south of the Cordilleran and Laurentide ice sheets– glaciers that were separated by a channel leading from Alaska into North America. NTC lies just south of where this corridor between the ice sheets would have ended. Previous research has revealed that prey and predator species would have used this channel as a migration route into new territories. During this migration, some animals would fall into the cave due to the sheer 85-foot drop. Any animals that managed to survive the fall would be unable to escape, leading to an abundance of well-preserved Pleistocene fossils.

NTC has protected the wealth of skeletons that litter its floor for thousands of years by keeping temperatures below 10°C and preventing weathering from wind and rain. As a result, the fossils recovered from the site are often of unusually high quality and many are almost fully intact, allowing for a unique look at the past ecosystems of America. Some of the most complete American Cheetah (Mirancinonyx trumani) specimens have been recovered from this site, as well as an extinct species of Musk-oxen (Bootherium bombifrons) and several specimens of unclassified wolves.

NTC was first revisited in 2014, with another two field sessions in 2015 and 2016 providing excellent data. Using DNA found in the bones and teeth of long extinct animals, pollen samples and records from the site’s last excavation, Dr Meachen and her collaborative team have been able to assess the anatomy and appearance of species, their diet and the environmental conditions during a time of rapid climate change. This information has helped to broaden understanding of how animals may have responded to environmental changes brought about by a warming climate, by revealing immigration patterns and changes in anatomy.

A difficult wolf to classify
One of the key findings by the team at NTC has been that of Beringian wolf specimens. The recently classified Alaskan Beringian wolf had not previously been identified as far south as Wyoming. Researchers who studied NTC wolves in the past had trouble categorising the skeletons they uncovered because Beringian wolves are very similar to both extinct Dire wolves (Canis dirus) and today’s Grey wolves (Canis lupus). However, by analysing DNA recovered from specimens at NTC, and measurements taken from jaw bones and teeth, Dr Meachen’s collaborative team could establish that the wolves of NTC are distinct from Dire wolves.

A little smaller than a Dire wolf and with a higher bite force and longer snout than Grey wolves, Beringian wolves lie somewhere between the two species in appearance and are believed to be an ecomorph of Canis lupus. In other words, Beringian and Grey wolves were the same species, but due to exposure to different conditions, such as prey availability, differences in temperature and precipitation rates, they developed separate, distinct characteristics.

Further study revealed that these animals were likely to be megafaunal prey specialists and would have arrived at NTC by following the migration of musk-oxen and bison. Dr Meachen believes the migration of Beringian wolves into mid-continental America may offer insights into the dispersion of the Grey wolf – a species which once covered the entire Northern Hemisphere. A last field session in 2017 promises to further explore how climate change in the late Pleistocene affected these megafaunal populations. 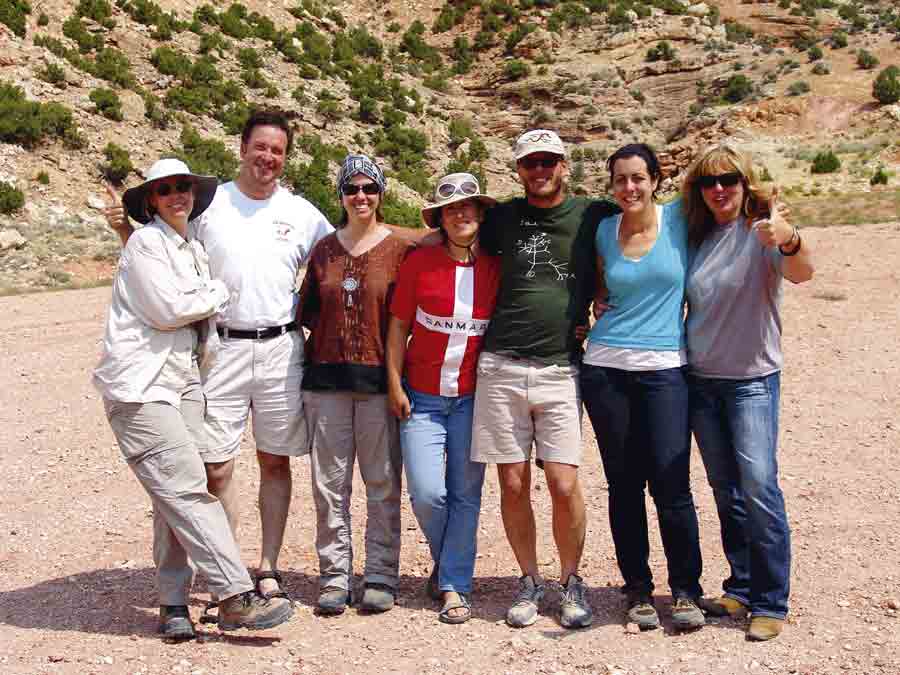 Bringing the ice age to school
Barefoot is an educational outreach team looking to make science relatable for children. Founder James MacDiarid has dedicated a decade of his career to bringing accurate science to students through videos and video-telecasting. Barefoot’s goal is to encourage children to ‘Imagine, learn and connect’ with science using stories to explain complex content.

In 2016, Barefoot were invited to join Dr Meachen and her collaborative team at NTC, where they held skype sessions with students in Australia and England, bringing the excitement and wonder of the ice age directly into the classroom. It is the hope of both Barefoot and the NTC researchers, that by working together to engage with students they can provide an insight into how an excavation is carried out and what it is like to uncover the bones of long dead giants.

What first interested you in Natural Trap Cave (NTC)?
<>I knew about NTC, but never gave it much thought until I met my Co-PI Dr Alan Cooper at a group meeting at the National Evolutionary Synthesis Center in Durham, NC. He suggested we go back to NTC to get ancient DNA from the source. After that, it took us a few tries to get funding, but once we did, the project was off and running.

How does your work at NTC change our understanding of the current extinction crisis and climate change?
<>Our work explores the link between genetics, morphology, and the environment. So hopefully we will be able to answer questions about how climate affects genes, morphology, and the likelihood that a species will go extinct.

What can we learn about modern Grey wolf populations from this research?
<>Hopefully this work will give us insights into when Grey wolves came into North America, and it has opened the door to questions about how widespread the Beringian morph was in North America. It makes me wonder if there are any living Grey wolves out there that may carry some hidden Beringian alleles in their DNA.

Why do you think it is important to engage children in science?
<>Children are the next generation of adults, and right now, it is more important than ever to pique their curiosity about the natural world and encourage them to ask questions about how the world around them works. I would really love to inspire future generations of scientists to carry on important work on climate change and animal/habitat extinctions.

What do you hope to achieve with your next excavation in 2017?
<>We hoped to fill in some gaps in the microfauna fossil record that we had previously missed – and we collected about 40 bags of cave dirt to do just that. Hopefully we will get the microfauna we need! We also were looking for some good ancient DNA specimens of wolves, coyotes, bison, and horses – and I think we’ve also got some good candidates there! 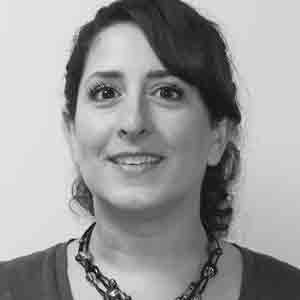 Dr Julie Meachen completed her PhD in Ecology and Evolutionary Biology at the University of California in 2008 and is now a vertebrate palaeontologist and functional morphologist that specialises in mammalian carnivores at Des Moines University.

Dr Meachen and her team are currently working at Natural Trap Cave, where they are excavating Ice Age mammals to determine how climate change and the extinction events at the end of the Pleistocene (10,000 years ago) have affected the morphology and ecology of living and Pleistocene species. Additionally, they are using a microfaunal and pollen record to recreate Pleistocene climate in mid-latitude North America.