Health & Medicine
Using chemistry, Dr Andrew K. Udit, Occidental College, Los Angeles, is exploring novel ways that bacteria-infecting viruses (bacteriophage) may be able to reverse the anti-clotting effects of heparin. By specifically engineering a bacteriophage nanoparticle known as Q-beta, he has identified several candidates and now focuses on optimising and understanding what makes these nanoparticles so effective, as well as further studying the biological effects.

The ability to control bleeding and blood clotting, or coagulation, is crucial to many medical situations. Heparin, which has been used since the 1940s, is one of the most commonly employed anti-coagulants. Heparin is used to treat and prevent blood clots caused by certain medical conditions, during medical procedures to reduce the risk of blood clots, and even to line tubes used to collect blood samples for analysis. It is perhaps most often utilised in heart surgery, when large doses of heparin are used to prevent blood clots forming within the patient, or the machinery used to pump blood round the body during the operation.

Heparin is a naturally occurring compound made up of long chains of negatively charged sugar molecules (also known as sulphated glycosaminoglycans), which is usually derived from porcine tissue. It works by activating a molecule called antithrombin, which in turn inactivates several enzymes involved in the coagulation cascade, pausing the clotting process. There are some risks associated with the use of heparin, as a lack of clotting ability can sometimes be dangerous, leading to excessive bleeding. 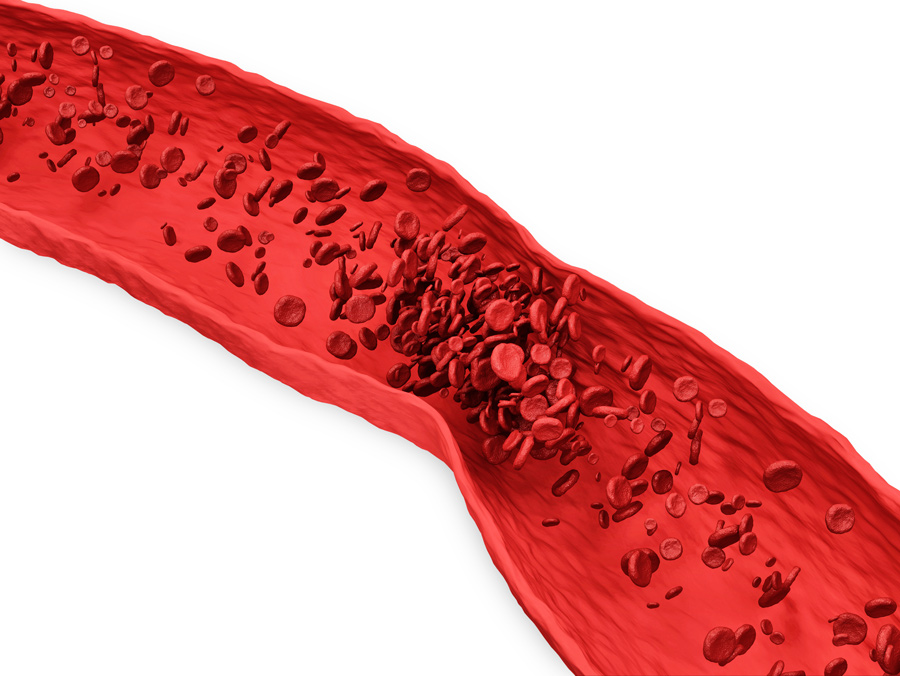 In contrast, once the medical intervention is complete, coagulation needs to be restored. A compound called protamine is often used to facilitate this process.

Protamine is made up of four different peptides, the molecules which make up proteins, and is currently the only FDA approved reversal agent for heparin. Protamine is highly positively charged, which causes it to bind strongly to the negatively charged heparin, thus neutralising heparin’s anti-clotting activity. However, there are serious side effects associated with the use of protamine, including anaphylaxis and hypertension (high blood pressure). Indeed, one estimate suggests that approximately 1900 people die in the US every year as a result of the adverse effects of protamine. In order to minimise the risks associated with protamine, dosing must be carefully considered and the patient must be closely monitored after the drug has been administered.

Bacteriophage are viruses with the ability to infect bacteria.

Bacteriophage are already recognised as having a potential role in medicine due to their ability to attack bacteria that cause disease in humans, while remaining non-infectious to human cells. However, they are often overshadowed by antibiotics, which are thought to be easier to use and are able to target a wider range of bacteria in one dose. Antibiotic overuse, which leads to environmental contamination and drug-resistant bacteria (“superbugs”), argues for moving away from these drugs.

Dr Udit also points out that bacteriophage are ideal for use in the food industry, where they can play a role in protecting us from food-borne bacterial infections, such as Salmonella. Some biotechnology companies are already doing this (e.g., Intralytix, http://www.intralytix.com). In addition, bacteriophage could help prevent food waste; ready to eat foods could be treated with the bacteria-killing bacteriophage, increasing their shelf life as well as making them safer for human consumption.

One such bacteria-infecting virus exploited extensively by Dr Udit is bacteriophage Q-beta; an icosahedral (20-sided polyhedron) virus which uses RNA as its genetic material (an alternative nucleic acid to DNA). The virus is made up of 180 identical copies of a specific protein (subunit protein); these 180 subunits self-assemble, in a highly specific and almost magical way, to form the icosahedral structure, which is 28 nanometers in diameter (making it a nanoparticle). Q-beta is known to be stable under a variety of different conditions, including heat and solvents. Furthermore, because Q-beta can be easily manipulated using chemical and genetic techniques and thus tailored for a variety of uses, it represents a useful starting point for many different applications. Dr Udit has shown that it can even be used in the search for alternative heparin reversing agents.

Dr Udit showed that different, specifically engineered versions of bacteriophage Q-beta vary in their ability to reverse heparin’s effects. Many biological molecules and structures contain a tiny electric charge. The viral variants that appeared to be the most effective heparin antagonists had an increased level of positive charge on their surface. Most likely, this positive charge causes the bacteriophage to bind strongly to negatively charged heparin molecules and in doing so, neutralise its activity.

Dr Udit showed that different versions, or variants, of bacteriophage Q-beta vary in their ability
to reverse heparin’s effects.

Two versions of the positively charged Q-beta variant were particularly good at reversing the effects of heparin; one generated through mutating the virus and one generated by chemically attaching positively charged peptides to the virus surface. The latter version of the bacteriophage is labour intensive to make, so Dr Udit and his team focused on the mutated virus, T18R, named after the site and type of mutation: an amino acid change from threonine (T, no charge) to arginine (R, positive charge) at position 18 in each of the 180 copies of the subunit protein. This mutation substantially increases the amount of positive surface charge that the virus nanoparticle has.

Further studies, using blood samples from patients who had been treated with heparin, were used to validate T18R as a viable candidate to replace protamine. In one experiment, plasma samples were collected from patients who were either given large doses of heparin as part of a heart operation, or who were treated therapeutically with heparin, for example those with cardiac arrythmias. Several Q-beta variants were then used to investigate their ability to reverse heparin’s anticoagulation effects, with T18R showing the most promise as a reversal agent.

Dr Udit’s current work with T18R involves studies to try and elucidate the underlying mechanisms by which it is able to reverse the activity of heparin.

One such study involved the use of heparin attached to a fluorophore, which is a molecule capable of emitting light. Based on changes in the emitted light intensity (the heparin-fluorophore stops emitting light when bound to T18R), this study was able to show that T18R does indeed bind to heparin, thus preventing coagulation. Moreover, their data showed that only one heparin molecule would bind to a single T18R nanoparticle (1:1 ratio). The researchers found the 1:1 ratio surprising, given the difference in size between a bacteriophage and a molecule of heparin: heparin is only a fraction of the size of a bacteriophage, so one would expect several heparin molecules to bind to T18R. This ratio is important because it may provide guidance for clinical dosing.

Nanoparticle engineering
As well as T18R, Dr Udit has shown that there are other Q-beta candidates with the ability to counteract heparin. His team at Occidental College have used a technology which allows them to add charged peptides onto the surface of the virus. Notably, this technology uses genetic manipulation, rather than a chemical process, to attach the extra peptides to the virus, making the process much more efficient.

In turn, this allows them to expand the pool of potential bacteriophage and provides a method to help them understand more about how the bacteriophage are acting. The key challenge is finding a compromise between a peptide that is effective – one that probably has a lot of positive charge – while not disrupting the structure of the 180 subunits that form the virus nanoparticle.

Using this technique, Dr Udit was able to show that it was not just the degree of positive charge that influenced the efficacy of the bacteriophage. In fact, one of the viruses with the greatest anti-heparin effect had an added peptide with only moderate positive charge.

Interestingly, when the free peptides, not attached to the virus, were evaluated in clotting experiments, these peptides by themselves showed similar levels of toxicity to protamine. Attaching the peptides to the virus not only renders them non-toxic, but because multiple peptides are attached per virus nanoparticle (polyvalent), there is the potential for increased potency.

Bacteriophage Q-beta provides a versatile starting point for development of heparin reversal agents. However, it is important to note that the toxicity experiments were not exhaustive, and were done with blood plasma in a laboratory. Further research will be required to see how this translates into clinical administration with human subjects.

Going forward, Dr Udit hopes to explore further the mechanisms by which his lab’s engineered bacteriophage Q-beta is able to counteract heparin, as well as considering other clinical applications for bacteriophage.

Dr Udit’s work represents the first steps towards identifying a bacteriophage candidate with the potential for use as a heparin reversal agent, and also identifies methods of working and protocols which can be harnessed in the search for a protamine replacement. He plans to work on optimising his findings so far, and on further understanding the mechanisms by which bacteriophage are able to inhibit heparin activity. Ultimately, he hopes to get his engineered viruses into a clinical setting, to provide safe and effective reversal agents for the medical community. 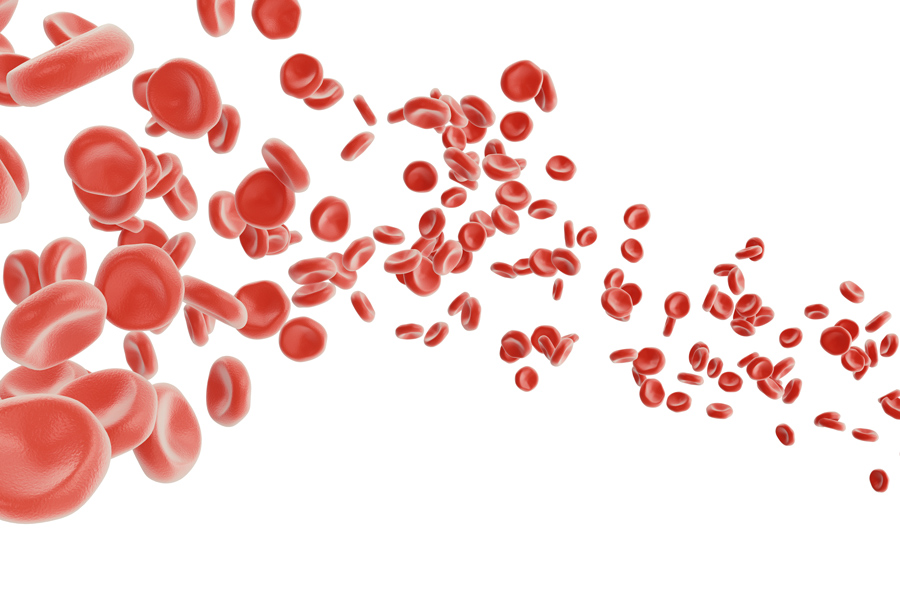 What future plans do you have for bacteriophage Q-beta?

<>We are excited that Q-beta may be able to act as an anti-heparin agent. To truly validate it, we need to see the full physiological activity profile, as well as determine exactly how Q-beta neutralises heparin. Bacteriophage in general have a long history of potential use in various fields, and our work represents another unique application for this nature-made nanoparticle. 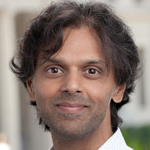 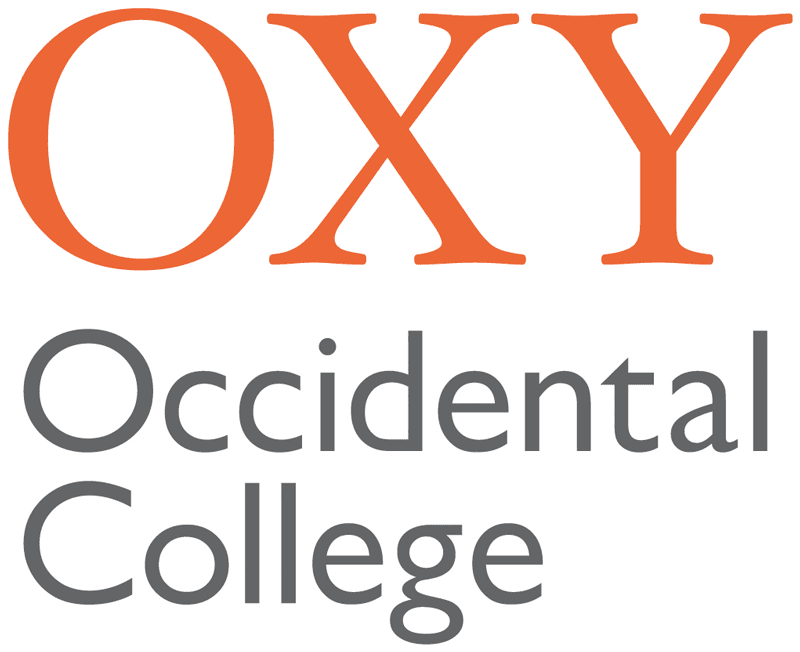