Behavioural Sciences
Professor Katherine Shelton and Dr Amy Paine from the School of Psychology at Cardiff University have been conducting research examining the mental health of adopted children in Wales. This research tracks the children across a four-year period and assesses emotional, behavioural, and cognitive factors at different points in time. It also examines how parenting impacts adopted children’s mental health problems. The findings indicate the importance of prevention of childhood adversity in the first place and the need to offer support to families who adopt children to enable their resilience and recovery.

Adoption offers a potential protective pathway for children experiencing significant harm in their living environments. In removing a child from harm’s way, adoption also provides a possible opportunity to create a stable and nurturing environment that enables the child’s development and growth potential. However, it is also an intervention of last resort in the UK, reserved for those circumstances where it has not been possible to effectively intervene, support and stabilise the child’s birth family environment to protect the child from harm and meet their development needs.

Even within adverse living environments, children naturally form bonds to people in their family and community. Placement in care outside this environment can rupture these bonds and result in a profound sense of loss and bereavement for the child, which the child must try to make sense of while also adapting to a new family and social environment. Children in care may also experience interim instability if placed with foster parents or in temporary kinship care. The complex psychological experience of living through adversity, being removed from a birth family, and forming new relationships is not a single event but rather a journey that takes place over an extended period of time.

The research team is comprised of an interdisciplinary group of researchers working with adoption providers. They aim to identify the factors which support successful outcomes for 96 families who adopted children in Wales over a 13-month period beginning in July 2014. The research outcomes reported below are based on questionnaire data collected over a four-year period from adoptive parents regarding the mental health of adoptive children and parents, and adoptive family relationships. Cognitive neuropsychological testing has also been conducted with a sub-group of the children and additional data drawn from teacher reports of school functioning and social worker records of pre- and post-adoptive experiences.

Childhood adversity can also affect the developing brain and cognition of a child.

On average, the children had been placed for adoption at the age of 2.36 years. About 41% were placed for adoption at birth. An analysis of the mental health of these children collected at four points in time over a four-year period at 5, 21, 36, and 48 months post-adoption showed a persistent and enduring negative impact of childhood adverse experiences on children’s mental health. The mental health problems were accentuated for children who had lived through a higher number of adverse childhood experiences, as assessed on questionnaires measuring the children’s emotional (anxiety, depression, and withdrawal) and behavioural (conduct and attention) problems. The findings emphasise the need to mitigate risk of exposure to early adversity while also highlighting the need for early interventions that support vulnerable children and their families.

Neuropsychological profiles of adopted children
Childhood adversity can also affect the developing brain and cognition of a child, and for this reason, Professor Shelton and Dr Paine included in their study assessments of a subgroup of 32 children from the Wales Adoption Cohort Study, aged between 4 and 7 years, as part of a larger study of the neurocognitive profiles of adopted children (at the Neurodevelopment Assessment Unit, Cardiff University; Principal Investigator, Professor Stephanie van Goozen). Standardised tests of general intelligence for children were used to assess the neurocognitive functioning of these children. The tests included verbal reasoning, cognitive flexibility, memory, attention, inhibitory control, and abstract reasoning assessments.

The adoptive family environment may be a resilience-promoting and healing factor that influences the positive psychological adjustment and development of a child post-adoption.

The results indicated that for most of the children, the overall standardised scores were within the average range; however, there were also areas of cognitive performance where some children scored significantly lower. These results included lower memory tasks scores for 21% of the children, and low vocabulary and cognitive flexibility scores for 26% of the children. Inhibitory control scores were low for 39% of the children and 41% of the children scored below average on non-verbal reasoning tasks. Of note was the fact that children who were adopted later in childhood scored significantly lower on non-verbal reasoning tasks and children with lower scores on these specific tests were more likely to be rated by teachers and parents as having behavioural problems. Children with low inhibitory control and cognitive flexibility performance were likely to be rated by parents as having more behavioural problems. There was also a positive association between verbal reasoning scores and emotional problems, as rated by parents and teachers. Children’s ability to regulate emotions and behaviours, and display cognitive flexibility and reasoning, are core skills that enable children to flourish within their school environments, underscoring the importance of early targeted intervention for children who have experienced early adversity.

“Our study underscores the importance of the assessment of adoptees across multiple domains of development to better facilitate recognition of areas of strength and difficulty. With this methodology brings the potential of an individualised approach to targeting domains for early intervention and prevention before psychiatric and academic problems emerge.”

Positive impact of adoptive parenting
In an ideal world, each child born into the world would be loved, cared for and protected from adversity which harms their psychological and physical well-being. Removing a child from a harmful environment into an adoptive environment which provides for their needs may offer opportunities to recover. To understand the impact of warm adoptive parenting on the mental health of adopted children, the research team examined parenting behaviours and their impact on the children within the study.

Hostile parenting was defined as harsh, negative, and intrusive; by contrast, warm parenting was defined as sensitive and nurturing. The data analysis within the Wales Adoption Cohort Study showed that exceptionally warm parenting was associated with a clear reduction in children’s mental health problems. This improvement was evident in the children’s emotional and behavioural problems. The positive changes were accelerated for children who had been exposed to less adversity. These findings indicate that the adoptive family environment may be a resilience-promoting and healing factor that influences the positive psychological adjustment and development of a child after adoption. It was also noted that the adoptive parents within this study group had greater access to resources (higher SES; education levels). This may have provided a degree of resilience within the home environment that facilitated warm parenting despite the child’s earlier mental health problems.

“Our findings show that pre- and postadoption prevention and intervention strategies that place emphasis on supporting warm parenting are a promising avenue for improving adopted children’s mental health outcomes.”

These findings have clear implications for the work of those involved in enabling and facilitating resilience-promoting environments for children at risk. Adoptive parents are themselves likely to benefit from support that enables them to provide their children with a parenting environment that offers hope for recovery from earlier neglect, loss, or harm. Professor Shelton and Dr Paine conclude that this support should be professional, multi-disciplinary and offered through health visits, the school environment, and therapeutic support for families. The greater the understanding of everyone involved in the care of a child pre- and post-adoption, the more equipped this support network will be to facilitate the child’s recovery and development.

How important is the acquisition of emotional self-regulation skills for adopted children in facilitating positive mental health outcomes?

<> Developing knowledge of adoptees’ affective, as well as cognitive development, has the potential to provide targets for effective interventions that support the adjustment of adopted children and their families. We are conducting further studies to develop greater understanding of children’s ability to navigate social relationships, as it relates to their psychological adjustment, their complex histories of early adversity, and their adoptive family relationships. 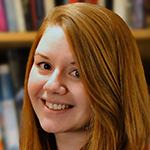 Amy Paine is a Lecturer and Research Associate at the Cardiff University Centre for Human Developmental Science. 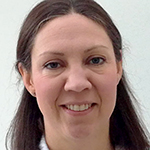 Katherine Shelton is a developmental psychologist, School of Psychology at Cardiff University.

This study was funded by The Waterloo Foundation (Grant reference: 738/3512). The Wales Adoption Cohort Study (WACS) is funded by the Welsh Government, and was initially funded by Health and Care Research Wales, a Welsh Government body that develops, in consultation with partners, strategy and policy for research in the NHS and social care in Wales (2014-2016, Grant reference: SC-12-04; Principal Investigator: Katherine Shelton, co-investigators: Julie Doughty; Sally Holland; Heather Ottaway). Amy Paine is currently funded by the Economic and Social Research Council (grant reference: ES/T00049X/1).

Stress vulnerability and resilience: Insights from a novel mouse model
Biology
Read This Article
Quality of life for family caregivers is impacted by satisfaction with care
Health & Medicine
Read This Article