Behavioural Sciences
For over-indebted individuals in Sweden, getting out of poverty can be tricky because of the country’s debt-reconstruction rules. A new study by Professors Pernilla Liedgren and Christian Kullberg at Mälardalen University, Sweden, finds how debtors tell their story could have a profound effect on whether their application is successful.

Heavily indebted individuals living in Sweden may turn to the country’s debt-reconstruction rules to free themselves from the hardships of severe debt. Debt reconstruction allows individuals to repay some of the amount owed, living on a subsistence level for around five years. Crucially, however, they are permitted to write off the remainder of the debt, restoring hope they may one day secure financial freedom once more.

Qualifying for debt reconstruction in Sweden can be difficult, because it requires the debtor to clearly show how they accumulated the debts and their efforts to resolve the situation to date. Around a third of applicants also supply a personal letter to explain how they arrived at their current position and to counteract any preconceived negative perceptions. 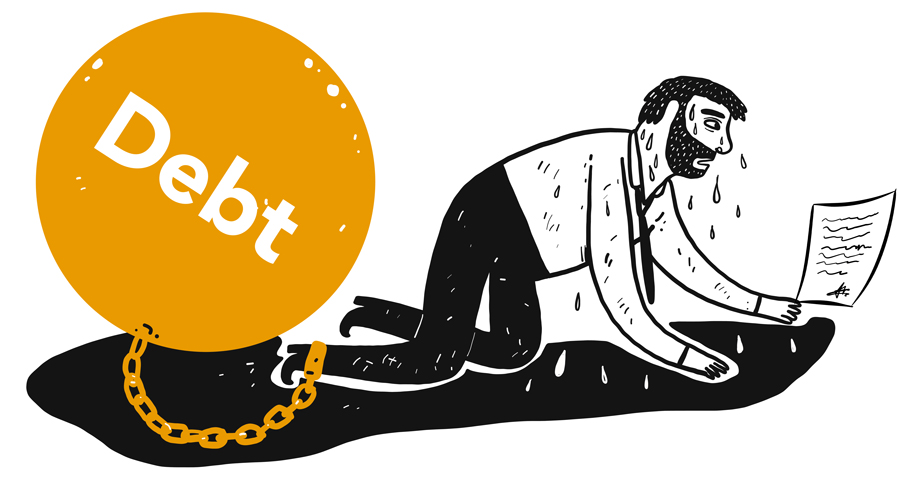 Western society typically takes a negative view of people living in economic hardship. Studies have shown that these individuals are often stigmatised as unreliable, wasteful or ignorant. These perceptions can make life as a debtor more difficult. This may make the situation worse, with indebted individuals reacting by refusing to open mail from creditors or by disguising the amount of difficulty in which they find themselves.

For those seeking debt reconstruction the narratives in personal letters can be crucial in securing assistance. To maximise their chances of debt reconstruction, they must be explicitly constructed to counteract negative perceptions and highlight the personal strengths of the individual.

Presenting their case
Pernilla Liedgren and Christian Kullberg, both Professors at Mälardalen University in Sweden, set out to identify the narratives in personal letters that would have the best chance of success. Over-indebtedness causes broad economic and social issues, so it is important that the debt management tools available in society are effectively harnessed.

The confessional approach fits within a dominant narrative accepted in Western society.

Their study was designed to investigate how troubled debtors present their case in debt reconstruction applications and to consider how the narratives they use can overcome negative expectations that the assessors may have when coming to a judgment. The team therefore performed a similar thematic narrative analysis on the personal letters attached to debt reconstruction applications.

Previous studies looking at Swedish debt reconstruction applicants did so in the context of applying Durkheim’s concept of social solidarity. One study (Carlsson and Hoff, 2000) found that to have legitimacy, debt reconstruction must be perceived as fair and deserved, which is only possible if the debtor admits to feeling shame and embarrassment and commits to significant efforts to make amends.

Reviewing common approaches
In their study “Awaiting absolution – self-presentations in letters of application for debt reconstruction”, Prof Liedgren and Prof Kullberg identified three common approaches that are used by debtors making their case for debt reconstruction. They based their analysis on a random sample of applications supplied by the Swedish Enforcement Authority.

First, there is the negotiating approach, where debtors explain they have changed for the better and state they are deserving of help because it will allow them to continue on a path of improvement. Letters following this style often explained the efforts that had been undertaken to become a better person. Examples of this style included writers describing themselves as sober, in rehabilitation, enrolling in educational programmes or maintaining contact with psychiatric care.

The researchers have labelled the second approach reimbursement. In this approach, the individual underscores the good things they have achieved in their life in an attempt to showcase their character. These letters often included examples of how the debtor had previously been an upstanding member of a community or family. They included examples of self-sacrifice, taking care of children, and caring for others without asking for support or recognition.

Finally, there is the straight-up confession, where debtors explain that they have nowhere left to turn and have no way of easing their financial suffering apart from the formal assistance that is afforded through debt reconstruction. The writers in this category often portrayed themselves as having no control over their personal finances. They included statements where the debtor described a lack of hope or painted themselves as poor but deserving of assistance. They also contained examples of repayments having been made, but with no significant progress in paying down the debt overall. Typically, the arguments presented in this study were from debtors who saw themselves as moral and industrious individuals who had always walked the ‘narrow path’. They commonly included acknowledgements of making mistakes or of wrongdoing. Sometimes these admissions were accompanied by explanations of keeping bad company or showing signs of personal weakness.

Effective debtor narratives
Prof Liedgren and Prof Kullberg reviewed the effectiveness of the applicant’s presentations in the personal letters using a thematic narrative approach. The team focused their initial analysis on the content of the letters rather than how it was expressed. They also concentrated on how the applicants presented themselves by making sense of their issues and explaining the causes of their insolvency. They found that the letters usually had a main ‘framing story’, often organised according to a timeline with a beginning and an end, which was supplemented by various sub stories.

Prof Liedgren and Prof Kullberg note the third approach shows a resemblance to the logic of Christian ethics, with a sinner asking for forgiveness. In this framework, the confessional approach would appear to have the greatest chance of success as it fits within a dominant narrative accepted in Western society.

However, they also look at how each approach depicted the applicant’s moral definition, referring to the framework of Lindemann Nelson. Using this framework, they cautiously predict that the confessing narrative will also be the most successful because it shows the applicant to have strong moral self-definition; they appear as a conscious, moral person who is in control of their actions. In contrast, the applicant’s moral self-definition seems weak with the negotiation and reimbursement-claiming approaches.

Prof Liedgren and Prof Kullberg acknowledge some weaknesses with the data. One is around gender: the team had access to a random sample of applications with attached letters sent to the Swedish Enforcement Authority over a week, but the sample over-represented women. Prof Liedgren and Prof Kullberg say women may be more willing to open up about their circumstances in a way that won’t fit into the application form. Women were also over-represented among those choosing the confessional approach.

Nevertheless, Prof Liedgren and Prof Kullberg conclude that the confessional approach has the greatest chance of counteracting the negative perceptions of those in debt referred to at the beginning of this article. As such, they suggest it is the best route for an applicant looking to repair their finances.

What sparked your interest in this research topic?

<> We have all as social workers worked with individuals applying for economic support. In this work, we have met people that were easy targets for pay-day loans and dubious salespersons and instalments with high-interests and in this way came in contact with this, often un-regulated market. As researchers, this is our way of highlighting a research area in need of more focus.

In hindsight, to what extent do you think the thematic narrative approach was successful in identifying the most successful narratives?

The method used provides some guidance for answering the question, but the research carried out needs to be supplemented with studies of actual decisions in debt restructuring cases as well as the considerations that are made to arrive at these decisions. 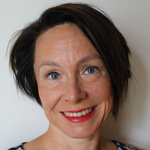 Pernilla Liedgren is an Associate Professor at the Department of Social Work, School of Health and Welfare at Mälardalen University. Her research interests include issues of poverty and over-indebtedness, questions about the profession of social workers, and evidence-based social work. Formerly she also studied the social aspects of religious movements. Her recent work has appeared in Nordic Social Work Research and the European Journal of Social Work. 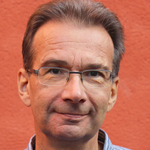 Christian Kullberg is Professor at the Department of Social Work, School of Health and Welfare at Mälardalen University. His research interests include gender issues in social work and the implementation and use of evidence in social work. His recent work has appeared in International Review of Victimology, European Journal of Social Work and Nordic Social Work Research.

Prof Liedgren and Prof Kullberg investigate the narratives of over-indebted people and their self-presentation in personal letters attached to debt-reconstruction applications.

Estimating Entrepreneurship: Do Current Metrics Work?
Business & Economics
Read This Article
When control is lost: Studying the interactions of ATP and acetylcholine in the urinary bladder
Health & Medicine
Read This Article