Thought Leaders
The European Citizen Science Association was set up six years ago in the hope of engaging people and organisations across Europe to take part in citizen science projects and research, providing support, resources and a network of like-minded people. That influence has now gone global, and the association is engaging not just scientists and citizens, but NGOs and policymakers too.

Scientific research topics such as climate change and the diversity of life require massive amounts of data to understand. Citizen science, research conducted by large numbers of non-professional scientists, harnesses the power behind volunteer collaborative research to collect and explore huge datasets that couldn’t possibly be put together or used by small professional research teams. Think, for example, of wildlife surveys filled out by thousands of participants countrywide in their back gardens, that help us understand population changes in some of our most beloved species.

The European Citizen Science Association was set up to encourage the growth of this type of research, recognising just how important it might be to address some of our most pressing challenges today. In this interview, Research Outreach found out some more about what the association does and how to get involved.

Can you tell us a bit more about why and how the European Citizen Science Association (ECSA) came about?
The origins of the association are in the realisation, around ten years ago, that citizen science is a growing area of public engagement in science in general, and in environmental science and management in particular. The UK Open Air Laboratories (OPAL) demonstrated that the engagement of a million people as possible, and with the encouragement of Prof Jacquie McGlade, the then head of the European Environment Agency, discussions about setting up an association started in 2011. It was ready to be launched in 2013.

ECSA exists with and through our members. We rely on around 150 individual and organisational members from over 30 countries in the European Union and beyond. Launched during ‘GREEN WEEK’ in June 2013, ECSA has evolved in recent years from an informal network of researchers and practitioners interested in citizen science to an official association under German law in 2015. Today, it is a well-developed European network of citizen science initiatives and practitioners.

What are the association’s main goals and strategies?
ECSA is a membership association that works at various levels to strengthen citizen science. We want to promote the growth of the citizen science movement in Europe and improve public participation in scientific processes.

We maintain working groups that do research and engage in different fields of citizen science. We also organise a citizen science conference every two years. Lectures on current developments, exciting workshops and interactive events will be held. As a European association, we are committed to advancing a network of networks in citizen science. Together with existing citizen science associations and institutes in Europe, the USA and Australia, as well as emerging associations from Latin America, Africa and Asia, we are developing the Citizen Science Global Partnership (CSGP). We put a lot of our energy into implementing projects that involve citizen science, either on a practical or scientific level.

Citizen science is a growing area of public engagement in science in general, and in environmental science and management in particular.

Could you explain how you came to be involved with the association personally?
I heard about the plans from Dr Linda Davies, who was coordinating the OPAL project. By February 2013, the idea of a European Citizen Science Network had evolved rapidly, with 15 countries supporting a network during a workshop in Copenhagen that was supported by the European Environment Agency, as noted. It was the current chair, Prof Johannes Vogel, who volunteered to support the new organisation through the Museum für Naturkunde in Berlin. I was, therefore, involved and heard about ECSA before it was created, and followed its board as a close friend. In a major Horizon 2020 project that I put together and coordinated (Doing It Together Science), I made sure that significant funding was provided to ECSA, ensuring that the organisation could start developing and growing. As the project came to a close, I put myself forward as a member of the ECSA board, and when the previous executive vice-chair (Lucy Robinson of London’s Natural History Museum) left temporarily, myself and Luigi Cecceroni became the co-vice chairs. 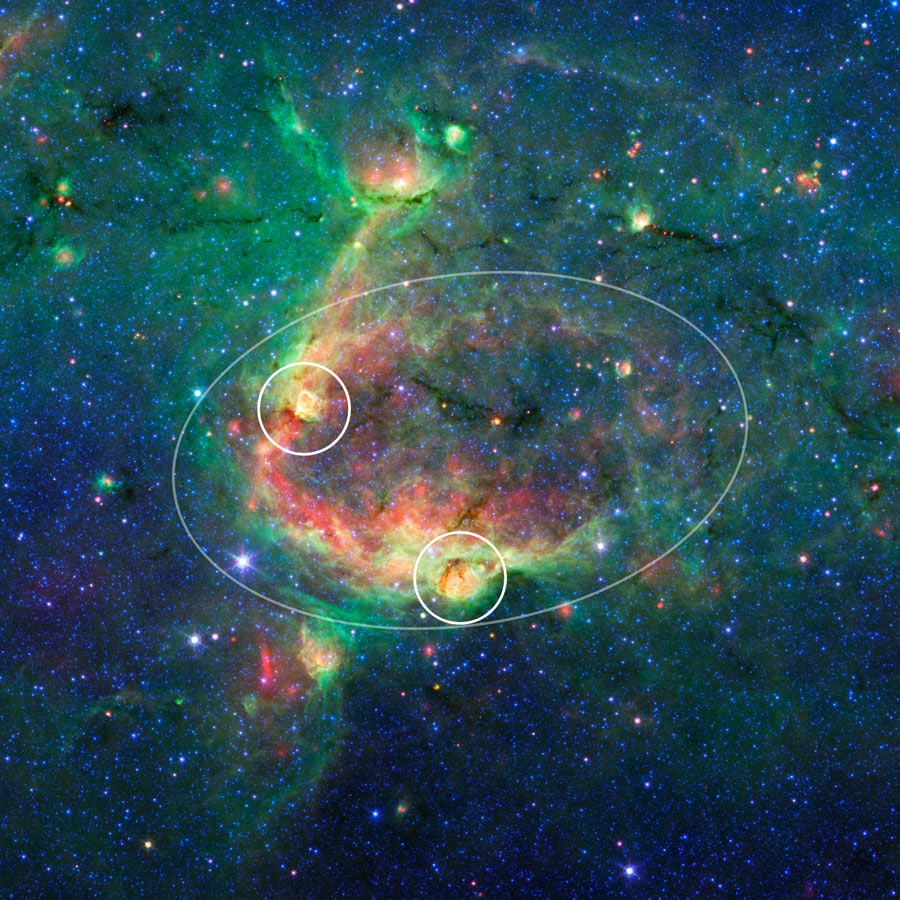 The ECSA’s thematic working groups undertake the major part of the association’s activities throughout the year. How do these groups work and what are their priorities?
Indeed, the working groups are a key part of our work. Through the working groups, we want to stimulate and promote research in the field of citizen science. We also want to create spaces to organise ourselves in order to work at a political level, to facilitate networking and to think about inclusiveness in this area. As a member of ECSA, you can apply to create a working group. An idea and a rough work plan can be presented at any annual General Assembly. The working groups themselves decide how they organise their work. We support them in their communication and with a website and, in the future, we would like to provide a working groups’ fund, if possible.

Apart from the working group projects, what other types of projects/activities are the association involved in?
It is very important for us to support research on citizen science. We do this by participating in citizen science research projects and contributing our expertise, knowledge and networks. The association also finds itself being asked to engage with different policy issues, so for example, our chair is part of the Open Science Policy Platform (OSPP), which is creating recommendations for the way the European Commission will put meaning into the concept of open science, and citizen science is part of the issues that OSPP is looking at.

What goes on at the ECSA annual General Assembly and why is it a key event?
The General Assembly is the heart of ECSA as a non-profit registered member association under German law. It is our strongest governing body. The members are presented with the annual report, and changes to the statutes can be proposed and decided by the members. The organs of the association, including the two chairpersons, the five board members and the advisory board are elected democratically. In addition, the work of the working groups is presented and new working groups are legitimised. As a member, you can bring topics to the meeting in advance. This may sound a bit dry, but the event is exciting not least because the strategic planning for the coming year is presented by the chair.

The Assembly is also part of our international conference, which means that it is an opportunity to share knowledge. One of the great things about the citizen science practice community is the willingness to experiment with different modes of gathering and meeting, and there is always something linked to these meetings; it can be linked to a project event, a showcasing of city activity and so on.

The aim is to fulfil our global responsibility and to work
for the democratisation of science on this level.

What international partnerships has the association made and why are these important?
Under the name CSGP, we are currently working hard to build a global network of networks. This includes the established citizen science associations from the USA (CSA), Australia (ACSA) and Europe (ECSA), as well as the emerging citizen science associations from Asia, Africa and Latin America and other highly committed institutions in this field. The aim is to fulfil our global responsibility and to work for the democratisation of science on this level.

Your website states that the ECSA “community is bound together by a strong commitment to advance participatory research”. Could you please explain what is meant by participatory research and why you focus on this?
At the core of citizen science, there is a concept of participation between different people – some of them are experts in different areas of science, others in science communication, and members of the public from all walks of life. In order to make citizen science work for all the parties that are involved in it, a commitment to participation that respects all parties is necessary. It is also a way to remind people about the risk of exploiting the goodwill and effort of participants in citizen science projects and ensuring that they are respected and valued. 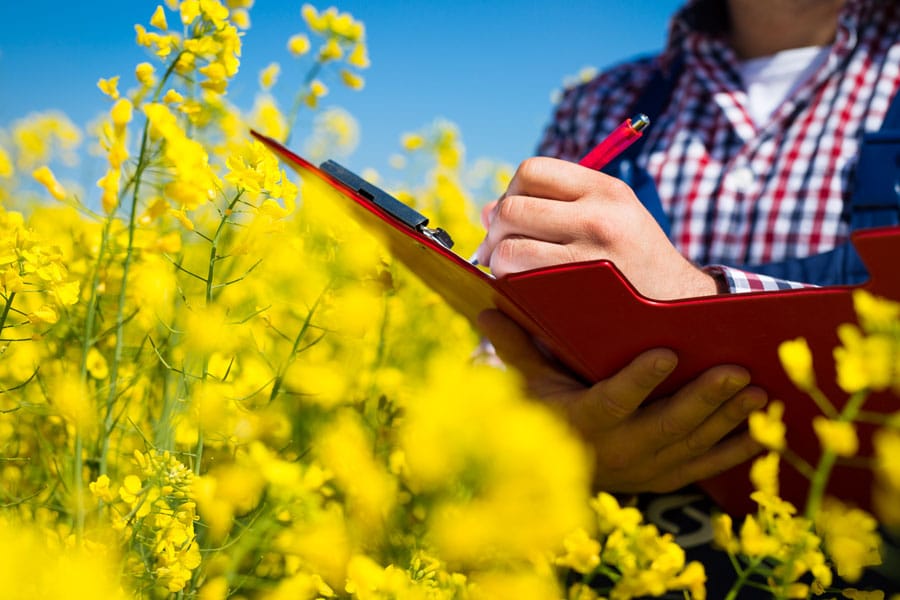 Are there any specific science projects that the association has supported that you would like to highlight?
One of our newest and most important projects is the development of a European platform for citizen science. The goal is to create a place where high-quality citizen science content can be found. There will be hands-on tools, guidelines, MOOCs, scientific articles, definitions and the possibility to network. A first version of the platform will go online in spring 2020. At this address (http://eu-citizen.science/), you will find current information and the possibility to subscribe to the newsletter.

As a research community, what do you think are the biggest challenges facing Europeans and the ECSA in the future?
Our challenge is to continue and maintain funding for the fundamental research within the area: the creation of new tools, methodologies and techniques that can help in different projects, both at national levels and the European level.

However, those are minor challenges compared to the need to adapt to climate change, deal with social inequality, the risk of resistance to antibiotics and the need to improve soil and reduce agricultural impacts on the environment. In each of these areas, there is scope for increasing social learning and a role for citizen science. We do hope that researchers, policy-makers and citizens will see the value in wider societal participation in addressing these challenges and will support more citizen science.
If you want to know more about ECSA, maybe become a member, please visit: https://ecsa.citizen-science.net/engage or get in touch with Dorte Riemenschneider (d.riemenschneider@mfn.berlin)