It is widely believed that alcohol-intoxicated witnesses, victims, and suspects are not credible, and therefore should not be trusted in legal investigations. However, the research by Dr Angelica Hagsand and colleagues has shown that this may not be the whole story. Their research findings could have important implications for the police and other legal organisations to understand when witnesses can be considered reliable.

With such a high rate of alcohol intoxication in witnesses, suspects, and even victims of crime, it is important to understand how police officers perceive and interact with intoxicated individuals. Dr Angelica Hagsand of the University of Gothenburg and her colleagues in Sweden and the US set out to investigate this through several large research studies.

Reliability of intoxicated eyewitness memory
It is widely believed among members of the public and legal officers (eg, police, prosecutors, judges) that alcohol-intoxicated witnesses, victims, and suspects are not reliable and therefore should not be trusted in legal investigations.

However, deeper investigation of this link between alcohol consumption and recall has revealed that intoxicated eyewitnesses may perform better than their reputation, under certain circumstances. In some of their ground-breaking laboratory and field experiments, Dr Hagsand and colleagues demonstrated that the reliability of an intoxicated eyewitness’s memory seems to depend on the amount of alcohol the person has consumed and how quickly after the event they are interviewed – the higher the amount of alcohol and the later after the event, the less reliable their testimony.

Their laboratory research showed that low-to-moderate alcohol consumption (breath alcohol concentration below approximately 0.10%) did not have any overall effect on the accuracy or quantity of the information being recalled. In some cases, low-to-moderately intoxicated witnesses recalled slightly fewer details about the crimes, but most importantly, they were just as accurate in their recall as the sober witnesses. Therefore, eyewitnesses with a low-to-moderate intoxication can reliably aid police investigations.

Individuals who are low-to-moderately intoxicated can be a reliable source of information in criminal investigations.

The research team has also carried out field experiments in real bars which involved much higher intoxication levels than in the lab experiments. Interestingly, high intoxication levels (breath alcohol concentrations above approximately 0.10%) lead to a lower number of recalled details but also to a less accurate recall from witnesses. When alcohol intoxication increased, witness memory decreased. Hence, highly intoxicated witnesses’ recall is not to be considered as complete or reliable, and caution should be taken when these witnesses are part of a criminal investigation.

Surprisingly, when it comes to witnesses’ face recognition memory (eg, the ability to identify a perpetrator in a line-up), alcohol does not seem to have a negative effect. Even at high intoxication levels, witnesses are able to accurately identify perpetrators in a line-up at the same level as sober witnesses. Therefore, both low-to-moderate and highly intoxicated witnesses can be reliable in a line-up identification task. The researchers conclude that face recognition may be a separate memory system in the brain, distinguishable from recall memory.

While these findings were highly novel, this alcohol research had only focused on the recall and face recognition memory of witnesses, which may be different to the recall of suspects. After all, suspects have a first-hand perspective of the event so they may have better recall, even when intoxicated. There is also a risk that suspects might not want to cooperate with the police during interrogations, as this can lead to oversharing information while intoxicated and potentially incriminating themselves.

Suggestibility and self-incrimination
The American research team along with Dr Hagsand conducted a US lab experiment to examine the suggestibility of intoxicated compared to sober individuals. Surprisingly, they did not find that moderately intoxicated interviewees were more suggestible than sober interviewees. However, before jumping to too many conclusions, the research team recommended that further research be conducted in situations that better reflected legal contexts, particularly looking at higher intoxication levels and the risk of suggestibility.

There have also been concerns that alcohol consumption could lead to oversharing of information, including self-incriminating information. In basic cognitive science, it has been found that alcohol can impair brain activity in relation to self-regulation, causing impulsive behaviour and reducing thoughts about future consequences. So, from the basic science, there seems to be some truth to the saying ‘alcohol loosens the tongue’.

However, very little applied research in legal psychology has directly investigated whether alcohol increases the risk of oversharing sensitive information. To address this, Dr Hagsand and colleagues conducted a laboratory experiment to test whether alcohol increased social drinkers’ risk of disclosing transgressions they had committed. Surprisingly, their study showed that low-to-moderate- consumption of alcohol did not increase the risk of disclosing information about transgressions. So, this research suggests that (low-to-moderate levels of) alcohol does not loosen the tongue, although further investigations of higher intoxication levels are needed.

Police perceptions
Potential jurors perceive that being under the influence of alcohol is linked to the suspect having given a false confession. These biases highlight the importance of understanding the perceptions and beliefs that people within the legal system have about intoxicated suspects. Dr Hagsand and colleagues conducted a police study to investigate the prevalence of sober, alcohol- and illicit drug-intoxicated suspects and witnesses, and Swedish police officers’ experiences with these people.

The research team distributed a survey to thousands of police officers in Sweden over the course of ten months. 133 police officers, who had an average of 12 years’ experience in the Swedish police, completed the whole survey. The vast majority of the police officers reported that it is common for a suspect, witness, or victim to have been intoxicated during the crime and interviews.

40–60% of police officers reported using different interrogation techniques with intoxicated suspects, witnesses, and victims, compared to sober individuals, but that there were no formal policy guidelines to follow. For witnesses and victims specifically, around 70% of police officers stated that their decision of whether to interview an intoxicated subject is situation-dependent. Clearly, a lack of policy guidelines on how and when to conduct interviews with intoxicated persons is leading to an ambiguous situation where police officers use their own judgement and personal experience in deciding what to do.

New guidelines
Swedish police have recently begun to develop guidelines for their employees on how to interview sober witnesses, victims, and suspects. Also, a new collaboration between researchers and the police has initiated the development of guidelines for investigative interviews with intoxicated witnesses.

A new collaboration between researchers and the police has initiated the development of guidelines for investigative interviews with intoxicated witnesses.

The research also showed that providing police officers with a brief science-based informative message (similar to abbreviated guidelines) about the reliability of low-to-moderately intoxicated interviewees’ recall did influence whether they would interview the witness or not. This suggests that providing police officers with information about interviewing intoxicated witnesses could improve the rate of interviews conducted with low-to-moderately intoxicated witnesses. The study by Dr Hagsand and colleagues concluded that a short informative message may be an avenue for dissemination of future national policy guidelines.

Conclusions
Across several ground-breaking studies, Dr Angelica Hagsand and colleagues have shown that not all intoxicated individuals are unreliable witnesses. They highlight how individuals of low-to-moderate-alcohol consumption are often not impaired in their recall of events and are no more likely to disclose transgressions than sober individuals. This suggests that individuals who are low-to-moderately intoxicated can be a reliable source of information in criminal investigations.

These findings are particularly important given that memories deteriorate over time, so waiting for a witness to sober up may cost valuable information. However, legal officers should be cautious with highly intoxicated witnesses as their memory might be compromised by alcohol. The research team also emphasise that no one’s memory is perfect, and both sober and intoxicated witnesses can misremember events, so eyewitness testimony should always be supported by other evidence.

The research conducted by Dr Hagsand and colleagues has real-world implications for policing. Their research showed that police often alter their methods of investigative interviewing when an individual is intoxicated, but that they do not have any formal policy guidelines to follow for this. The rule of law should ensure fair and equal treatment of all criminal suspects, otherwise the justice system is compromised.

The research team have also shown that giving police formal information on when to interview intoxicated witnesses has a positive impact on police decisions concerning when to conduct interviews. This emphasises the importance of the development of formal guidelines for investigative interviewing of intoxicated individuals. These are now underway in Sweden, at least for intoxicated witnesses. In the future, policy guidelines for intoxicated suspects would also be important to develop, but first more scientific studies need to be carried out concerning how alcohol affects the cognitive abilities of criminal suspects.

Dr Hagsand and colleagues suggest that more research is needed in this new and important field, and close collaboration between researchers and legal officers is required in order to disseminate scientific findings to organisations such as the police.

Are there any other police authorities around the world that have introduced guidelines for interviewing intoxicated witnesses, or is Sweden leading the way?

Great question, thanks! As we see that the volume of studies on intoxicated witnesses increases every year, more countries will probably become aware of this new field of research and learn more about investigative interviews with this witness group. To my knowledge, UK is the only country that, in 2019, adapted brief guidelines for first responders on interviews with intoxicated witnesses. Then we have Sweden, which is currently developing guidelines. In the future, I think more countries will adopt similar guidelines. We will hopefully also see more studies on suspects of crimes, and then guidelines for this group as well.

Eyewitness testimony: How much alcohol is too much? was last modified: November 26th, 2021 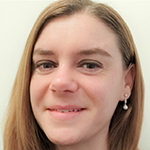 Dr Angelica Hagsand (BA, MA, PhD) is a researcher at the University of Gothenburg, Sweden and chair of the research unit Addiction Psychology: Experimental and Clinical Research (APEC). Her research interests include the psychology of eyewitness memory, alcohol research, and police studies concerning investigative interviewing with suspects, witnesses and victims.

Dr Angelica Hagsand of the University of Gothenburg (Sweden) conducts research to understand how alcohol influences the reliability of eyewitness testimonies.

Hagsand, A, (2021) Eyewitness testimony: How much alcohol is too much? Research Outreach, 126. Available at: https://researchoutreach.org/articles/eyewitness-testimony-how-much-alcohol-is-too-much/ (Accessed YYYY/MM/DD)