Pollution is a selective pressure that enriches microorganisms at polluted freshwater sites. Some microbial species can adapt to the levels of pollution in water streams, displaying metabolic capacities that allow them to degrade the contaminants. Dr Ayixon Sánchez-Reyes and Dr Luz Bretón-Deval, from the Institute of Biotechnology of the National Autonomous University of Mexico, study the microbial biodiversity landscapes of the Apatlaco local river basin in Morelos, Mexico. The team aims to identify new microbial species that could be of great benefit for science.

Historically, the ecosystems most scrutinised by genomic studies have been those of environmental origin. Nutritional selection by xenobiotic substances that are produced by human industrial activities have shaped local microbial landscapes, modifying a diverse range of environments on Earth. This is especially significant in heavily polluted freshwater microbiomes, as some microbial species can adapt to the levels of pollution in water streams, gaining a competitive advantage that can impact on the microbial biodiversity.

Microbial biodiversity in polluted freshwaters
Dr Ayixon Sánchez-Reyes, Dr Luz Bretón-Deval and their team, from the Institute of Biotechnology of the National Autonomous University of Mexico, are working on an ambitious project that aims to assess the microbial biodiversity landscapes of the Apatlaco local river basin in Morelos, Mexico. Their long-term goal is to reconstruct the microbial biodiversity associated with anthropic-polluted microbiomes from Mexico’s natural water streams, and shed light on how microorganisms respond to anthropogenic pollution generated by the textile industry in the Mexican basins. The team looks for microorganisms that have evolved to adapt to environments contaminated with textile waste. Such adaptations depend on the evolution of key enzymes that enable some of these microorganisms to initiate biodegradative processes that could be useful to science. 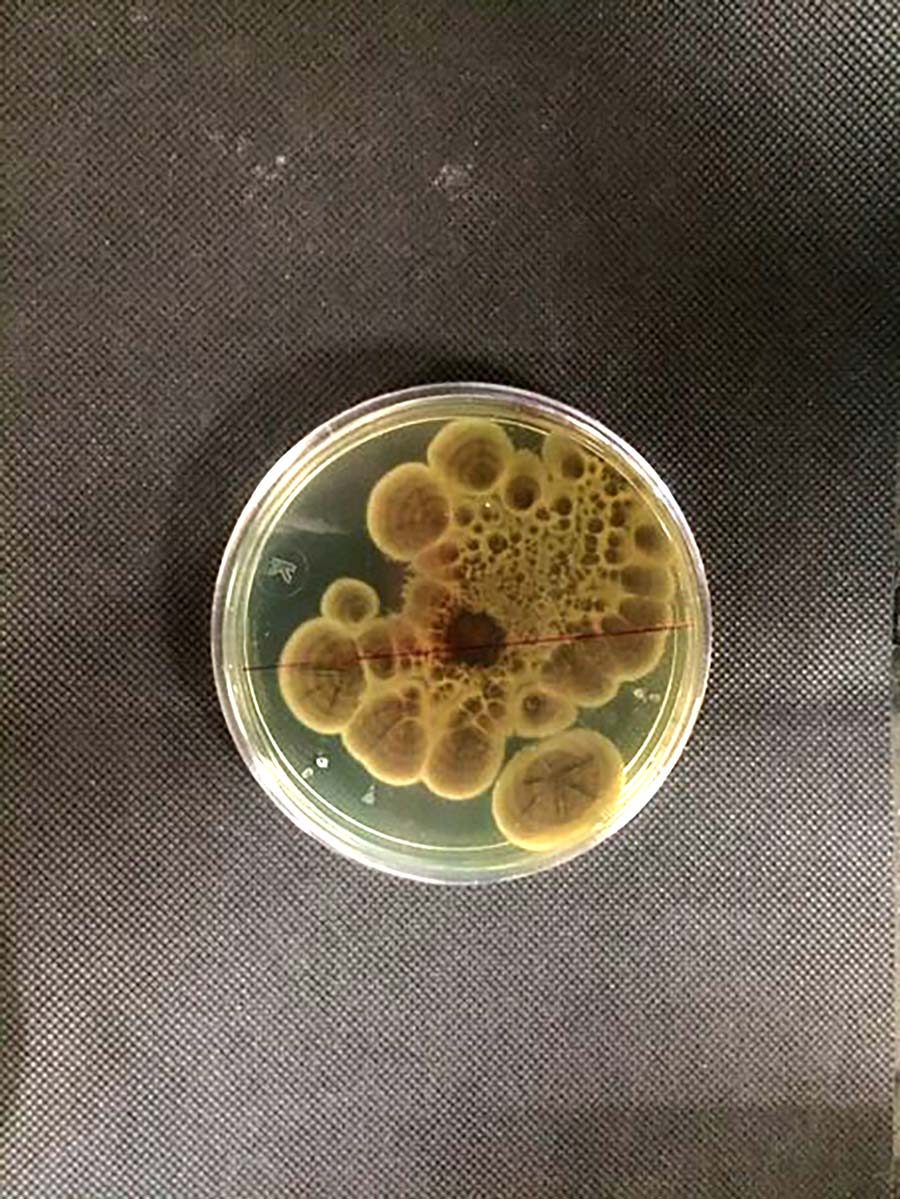 Chromosomal proximity ligation
One of the most challenging tasks in environmental science is to connect the ecological functions that take place in microbiomes with the specific microorganisms behind them, especially when unknown species might be responsible for a particular function. Microbial genomic information is key in the study of the origins of microbial landscapes. In order to identify new species, scientists analyse the whole environmental DNA, which is isolated, partitioned and subsequently amplified by next generation sequencing (NGS) techniques. The precise points at which new microbial species have evolved from ancestral taxonomic landscapes are identified by highly conserved markers like ribosomal DNA (rDNA) or single-copy protein coding sequences. Despite the advances in sequencing, the method above still presents some limitations on mixed populations, such as a high probability of bringing together non-representative genomic sequences. The researchers have used an alternative method that allows them to assemble more complete and reliable genomic information. The method, known as metagenomic deconvolution by chromosomal proximity ligation (see Burton et al), makes use of physical neighbourhood signals of genetic sequences that are co-located in cells. The sequences involved then serve as genetic signatures in order to reconstruct high-quality genomes and correlate with specific metabolic functions.

Sánchez-Reyes and Bretón-Deval subjected freshwater and sediment microbial samples to nutritional selection with a blue anthraquinonic textile dye. The team collected the freshwater samples from the Apatlaco river basin (Morelos, Mexico), selecting and enriching a microbial community capable of degrading the textile dye for 30 days. A total of 97 metagenome-assembled genomes were identified and evaluated on the basis of their dye-degrading genomic potential. The project is the first of its kind, being the first analysis in a textile-dye-related biome, and the first study to deconstruct the sediment of the Apatlaco River microbiome, the basin most impacted by human activity in the Mexican state of Morelos. 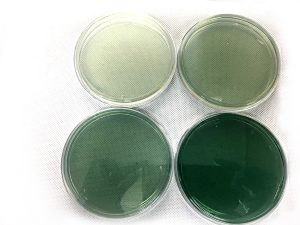 Long-term impact of textile dyes
The Apatlaco river basin provided the perfect conditions to serve as a study model for the exploration of the effects of human-generated pollution on microbial diversity. The team analysed samples of surface water and sediments, in the presence of the anthraquinone dye Deep Blue 35(™) as the sole carbon source. After a month-long incubation, the samples were screened via a commercially available genomic kit that enabled the researchers to identify the novel species associated with the textile-dye environment. The subsequent genetic classification revealed that Methanobacterium, a methane-metabolising genus that belongs to the archaeal domain, represented around 50% of the textile-dye microbiome. 22% and 11% of the total population profile were represented by Clostridium and Cupriavidus respectively. The rest of the distribution corresponded to novel species without clear classification standing.

Knowledge of microbiodiversity is an important component to deal with global problems such as environmental pollution, loss of biological diversity, and public health.

An analysis of the removal rate of Deep Blue 35 (™) after the 30-day incubation period suggest a dye structure that is highly resistant to degradation. The team’s approach aims to simulate what would happen in case of a discharge of textile effluent on to freshwater environments. Altogether, the data suggest that the impact of textile dyes in freshwater could have long-term lasting effects before the indigenous microbiome can modify the pollutant significantly. The team hypothesises that the textile-dye degradation activity is associated with an enriched presence of catalase-peroxidase enzymes, which use hydrogen peroxide as electrodonor and may be xenobiotic activating proteins, as well as polyphenol-oxidising enzymes. Since these enzymes can be associated with textile-dye degradation phenotypes, they could act as markers for environmental monitoring in textile wastewater treatment plants.

Dye-degradation capabilities
The exploratory study described above led to the discovery of a novel strain, classified by Sánchez-Reyes and Bretón-Deval as ‘Candidatus Afipia apatlaquensis’. The discovery prompted the team to publish in 2020 the first report of an Afipia genomic resource assembled from an enriched river sediment biome in a textile–dye bioremediation context. Afipia species are widely known as human and animal pathogens and are normally isolated from human sources or hospital water supplies. Genomic analysis of the suggests plausible molecular functions related to textile-dye degradation.

The team aims to create a map of new native microorganisms in Mexican freshwater habitats and to identify the environmental role of the novel microorganisms. The potential applications of the work described above are not limited to the identification of microorganisms that have the ability to degrade textile dyes. A better understanding of the various evolutionary strategies of microorganisms to adapt to life on Earth could lead to the discovery of microbes that are useful for science. For example, the prevalence of methane-metabolising phylotypes in the microbiome could be important in carbon cycling. Furthermore, the study of nutritionally selected communities makes it possible to explain how specific genetic lineages are linked to diverse metabolic processes, ranging from plastic degradation capabilities to the antibiotic resistance displayed by some bacteria. 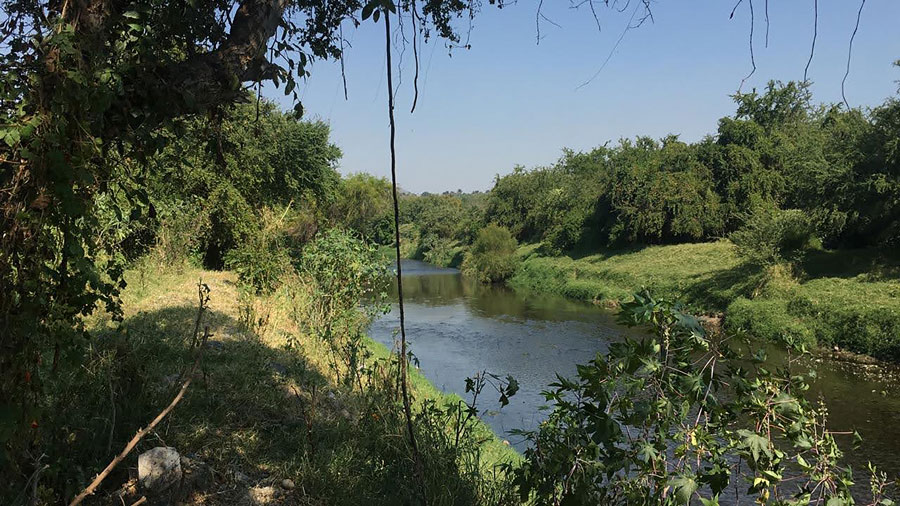 What are the next step in your research? Especially in relation to bio-degradative applications that might be useful for environmental science.

Our next steps involve, firstly, the validation of the hypotheses resulting from this work, especially regarding enzymes with potential degradative activity on textile dyes. We intend to evaluate the activity of these enzymes in the laboratory under real conditions. Secondly, we intend to isolate and describe new species-specific contexts of the Apatlaco River, contributing to the local microbiodiversity map, and a better understanding of the biodegradation of xenobiotics. 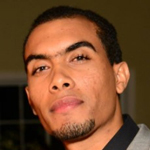 Ayixon Sánchez-Reyes is a microbiologist from University of Havana, Cuba (2008) with a PhD from the Autonomous University of the State of Morelos, Mexico (2016). He works as Conacyt Professor at the Institute of Biotechnology, UNAM México.

Luz Breton-Deval is a biologist from Guadalajara University, México (2008) with a PhD from The Center for Research and Advanced Studies of the National Polytechnic Institute, México (2016). She works as a Conacyt Professor at the Institute of Biotechnology, UNAM México.

The biodegradation of xenobiotic compounds and the concept of species in biology.

Thanks to the support of the IBT’s academic direction and secretariat, and the collaboration of each of the members of the Water Conservation and Research Consortium. The project ‘Sustainable Proposal for Bioremediation of Urban Water Bodies Polluted with Textile Waste’ was initially proposed to Conacyt by Dr Gloria Saab Rincón, academic leader of the Laboratory of Analysis of Structure, Function and Manipulation of Peptides and Proteins.