Engineering & Technology
Metrology for the Factory of the Future (Met4FoF) is a joint research project that brings together researchers from leading national metrology institutes and universities in Europe. This project establishes a metrological framework and combines metrology and modern digital technologies to encompass the lifecycle of measured data in industrial applications. The researchers demonstrate the practical applicability of the framework with its implementation in three industrial testbeds.

The Factory of the Future (FoF) is foreseen as an inter-connected production environment where information and communication technology (ICT) is fully integrated with automation technology. This digital transformation of manufacturing seeks to improve efficiency and competitiveness with an autonomous flow of information and decision-making. Delivering transparency, comparability, and sustainable quality, however, relies on the science of measurement – metrology – to provide reliable measured data, processing methods and results.

Doing so involves developing calibration methods for industrial sensors detecting dynamic quantities, such as acceleration, force, and pressure. Applications range from calibrating the capabilities of individual sensors to quantifying the uncertainty associated with machine learning (ML) in industrial sensor networks.

Sensor networks
Sensors are used in industry to provide an output, or signal, relating to an input, or stimulus, corresponding to a particular physical quantity. Possible inputs include temperature, sound, vibration, pressure, and motion. A sensor network is made up of a number of these devices communicating the information they gather through the network to a location where the data can be analysed. Industrial applications include machine health monitoring, and industrial process monitoring and control.

The researchers demonstrate the practical applicability of the framework with its implementation in three industrial testbeds.

Sensor networks offer several advantages when compared with single sensors. The aggregation of data from several sensors offers improved uncertainty as the uncertainty associated with a combined estimate is generally better than that for a single sensor.

Measurement confidence increases as the output from one sensor can be verified with measurements collected by other sensors. Sensor networks also offer greater robustness and reliability because data redundancy can be utilised in cases of partial failure, so the system still provides information.

Industrial testbeds
The researchers importantly demonstrate the practical applicability of the framework with its implementation in three industrial testbeds: automated test equipment for the temperature calibration of micro electromechanical systems at SPEA, Italy; radial forging at the University of Strathclyde, UK; and condition monitoring, lifetime prognoses and end-of-line tests of electromechanical cylinders at ZEMA, Germany.

These testbeds enable the examination of examples of process optimisation and predictive maintenance and provide templates for future use in industry.

The need for data quality
Virtually all the metrological infrastructure that has enabled globalised manufacturing and international trade to date is changing with digitalisation and data science. Data quality is a crucial requirement in the FoF.

Met4FoF addresses this requirement in terms of a measurement uncertainty framework that can support a metrological infrastructure. To tackle the complete flow of information, this infrastructure must meet the challenges involved in providing a traceable calibration of smart sensors. At the same time, the researchers must consider dynamic effects, the metrological treatment of complex sensor networks and uncertainty evaluation for data aggregation and decision-making methods.

Aggregation of data from industrial sensor networks
Developing an infrastructure for the aggregation of industrial sensor network data is one of the three technical concerns of the project. (The two others entail the development of the calibration framework and the industrial testbed implementations.) Researchers from the National Metrology Institutes: VSL, Netherlands; Physikalisch-Technische Bundesanstalt (PTB), Germany; National Physical Laboratory (NPL), UK; Laboratoire National de Métrologie et d’Essais (LNE), France; Institute of Metrology of Bosnia and Herzegovina (IMBiH); and the Centre for Mechatronics and Automation (ZeMA), Germany and the Institute for Manufacturing at the University of Cambridge (IfM), UK, are collaborating to demonstrate how digital sensors can be combined into networks and produce values. An aggregated measurement is derived from several measurements and comprises a single measured value, together with its associated uncertainty and confidence interval. A distributed measurement describes how quantities of interest, such as temperature, are distributed in space and time.

Data aggregation methods
The researchers have developed generic mathematical models for sensor network metrology in an agent-based software framework. In an agent-based model, the system is represented by a collection of autonomous decision-making entities, or agents. Each agent individually assesses its situation and makes decisions according to a given set of rules. This approach enables the user to understand the system’s behaviour and identify what governs its outcomes. The agent-based framework lets the researchers demonstrate how the sensor network design and uncertainty reduction approaches can be used for condition monitoring in the FoF.

Addressing the synchronisation of measurements is a fundamental issue, as sensors must be synchronised to a sufficient level of accuracy to enable the comparison of data collected throughout the network. This prompted the research team to formulate methods to deal with timing and synchronisation issues. They extended the models to incorporate redundant information and added statistical features to balance sensor networks with mixed quality devices. They have also assessed and developed ML methods to cater for the uncertainty associated with the sensor output data.

An important output of this project is software. The following algorithms, together with other analysis tools and examples, are freely available on GitHub.

Metrological Agent-based system: AgentMET4FOF
A great deal of research in machine learning focuses on maximising predictive accuracy but fails to address the uncertainty associated with it. Researchers from ZeMA and PTB developed methods to evaluate the effect of typical ML pre-processing steps on the uncertainties. In this way, quantitative data quality information is available in the data processing.

To tackle the complete flow of information, this infrastructure must meet the challenges involved in providing a traceable calibration of smart sensors.

Scientists from IfM have established the sources of uncertainty in ML: the input signals, model parameters, predictions, and performance. In addition, they have ascertained the success criteria that enables a ML system to function well under uncertainty in a cyber-physical manufacturing system, a manufacturing system that is controlled or monitored by computer-based algorithms. This underpins their development of AgentMET4FOF, an agent-based framework with integrated web visualisation, jointly developed with PTB and, to a lesser extent, the other partners. The researchers demonstrate the system’s feasibility using Bayesian Neural Networks for multi-task classification, where multiple learning tasks are solved concurrently. Using a public dataset for the condition monitoring of a hydraulic system, they evaluated the probability of the proposed system’s prediction being accurate given its uncertainty. The analysis revealed that using AgentMET4FOF can increase the safety and interpretability of the ML system in a cyber-physical manufacturing system.

Noise and jitter removal
Many industrial sensor measurements relate to dynamical systems that change over time. It is essential that sensor networks work on a common timescale, but sensor data can be affected by timing errors such as jitter, and noise in the measured signal. In their research, scientists from NPL, show how pre-processing the sensor signals, i.e. cleaning the data, can remove the effects of jitter and noise.

The researchers use a Bayesian approach to remove the effects of jitter and noise and produce a pre-processed signal that is an estimate of the true signal together with its associated uncertainty. This can be used to make decisions in industrial settings with its degree of confidence determined from the uncertainty associated with the estimated signal.

The research team has tested their Bayesian framework on simulated data and found that it successfully accounts for the prior noise and jitter variances. Moreover, uncertainty information can be extracted from the posterior samples without the need for additional computation.

Metrological redundancy in industrial sensor networks
It is good design practice to incorporate some form of redundancy into sensor networks so that they can be robust against failing sensors and other faults. Researchers from VSL and NPL take a measurement centred approach to assess how a measurement’s quality degrades when one or more sensors fail. They present concepts and metrics specific to different aspects of metrological redundancy. They applied the metrics to several datasets produced by the STRATH and ZEMA testbeds and found that they can uncover qualitative changes in the process, as well as the relevance of sensors for the measurands and the network’s overall metrological redundancy.

The researchers also explore how redundancy can be used to identify and reject possibly faulty sensors, as well as reducing the measurement uncertainty. They developed the LCSS (largest consistent subset of sensors) algorithm to identify sensor values that are metrologically of questionable quality. They demonstrate the LCSS algorithm using test data from lifetime tests of electromechanical cylinders by the ZeMA testbed and found that for some of the cases their LCSS-approach outperformed other approaches.

Sensor network metrology for the FoF
Measurements from a diverse network of sensors provide a foundation for decisions in the FoF. The Met4FoF project has produced a large code base that can benefit Industrial Internet of Things sensor networks to optimise manufacturing efficiency, prevent faults and to assess production process quality or degradation of machines and tools. Met4FoF extends sensor network metrology to manage network communication in FoF environments, while taking fundamental requirements, such as sensor capabilities and real-time data analysis and decision-making, into account. In order to make easier to get started with the new mathematical models and the agents, researchers from IMBiH developed a number of tutorials, which can be found in the code base at the Met4FoF code base at GitHub.

What future developments can be expected from the Metrology for the Factory of the Future project?

The Met4FoF project finished in September 2021. However, several follow-up projects already exist which use the agentMET4FOF code basis for Industry 4.0 integrations and extensions with signal processing methods, semantics and ontologies. New developments will be based on the feedback from users. An already considered future extension is to have agents implementing machine learning algorithms and returning uncertainty statements together with their estimates.

Metrology for the Factory of the Future was last modified: November 8th, 2021 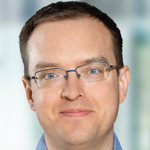 The authors are researchers from leading national metrology institutes and universities in Europe. In the Met4FoF research project (2018 – 2021) they focused on bringing metrology and modern digital technologies together, resulting in a flexible multi-agent framework capable of performing various important tasks that are of importance in metrology.

Metrology for the Factory of the Future (Met4FoF) is a joint research project which focuses on synthesising metrology and modern digital technologies together.

The work presented in this paper has been performed in the EMPIR 17IND12 project “Metrology for the Factory of the Future”. This project has received funding from the EMPIR programme co-financed by the Participating States and from the European Union’s Horizon 2020 research and innovation programme.

This article presents joint work of the National Metrology Institutes PTB, IMBiH, LNE, NPL and VSL together with the University of Cambridge and the Centre for Mechatronics and Automation Technology (ZeMA gGmbH). GitHub repository: www.github.com/Met4FoF

Eichstädt S. (2021). Metrology for the Factory of the Future. Research Outreach, Available at: https://researchoutreach.org/articles/metrology-for-the-factory-of-the-future/ (Accessed YYYY/MM/DD)