Physical Sciences
The migration of charged ions through interfaces between immiscible liquids plays an important role in several natural and technological processes. Prof Akihiro Morita of Tohoku University in Japan uses molecular dynamics simulations to develop models of the complex phenomena involved in the motion of ions across interfaces under the effect of external electric fields. This powerful approach is providing detailed atomistic insight into the surprising mechanisms driving ion migration and the ability of specific counter-ions to promote ion transport.

The transport of ions across the interface between two immiscible liquids, like water and oil, is a central process in a variety of phenomena, including the separation and extraction of solvated molecules, chemical sensing, phase-transfer catalysis and pharmacology. Often, the ion transport is mediated by specific ion ligands through a mechanism called facilitated ion transfer, and these ligands can be used, in principle, to control the transfer of charge across an interface.

Various experimental techniques have been applied to study the microscopic processes involved in the ion migration between two immiscible liquid phases in order to provide guidelines for the optimisation of the ligands in specific applications. In particular, electrochemical approaches, including cyclic voltammetry, scanning electrochemical microscopy and micro/nano-pipette experiments, yield phenomenological information concerning the charge currents at an interface, which can be used to estimate reaction rates and to analyse the ion transport mechanism at a high level of detail. In several situations, however, this analysis is far from straightforward, particularly when multiple kinetic steps affect the observed currents in the liquid phases and at their interface. In these cases, methods with higher interface selectivity – i.e. not relying on purely phenomenological information – are needed to arrive at a reliable model of the interfacial transfer kinetics and mechanism. 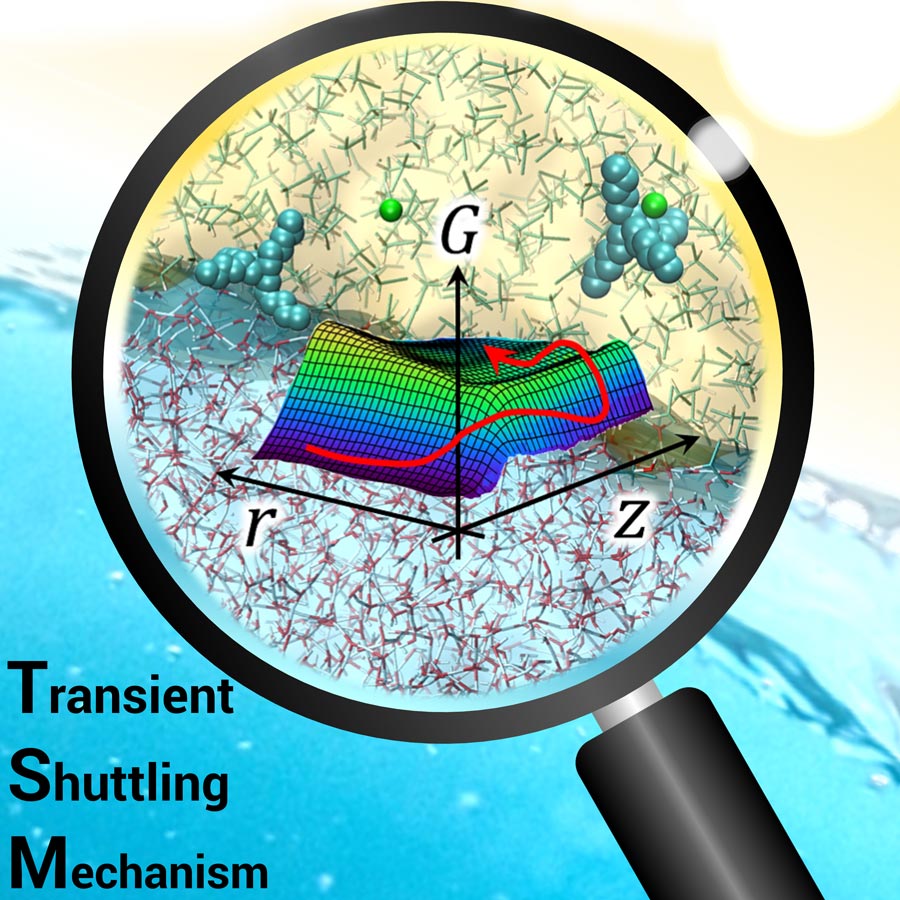 Another challenge in the study of liquid-liquid interfaces is the determination of their microscopic structure, whose knowledge is of crucial importance in understanding ion transfer mechanisms. A limited number of experimental techniques, like sum frequency generation and X-ray spectroscopy, are capable of providing structural information for interfaces between different classes of liquids, but the study of structural fluctuations remains extremely challenging with these methods alone. To overcome these limitations, Prof Akihiro Morita of Tohoku University in Japan has been developing computer simulation techniques that provide an atomistic picture of the structure of liquid-liquid interfaces and allow one to follow their evolution in real time. His approach has been used to gain unprecedented insight not only into the microscopic mechanism of ion transport and on the structure and dynamics of various liquid-liquid interfaces, but also into the effect of different ligands on the transport kinetics.

Molecular dynamics simulations provide details of the structure and dynamics of liquid-liquid interfaces at the level of single atoms and molecules.

Molecular dynamics at liquid-liquid interfaces
Molecular dynamics is a class of simulation techniques that provide a real-time picture of how atoms and molecules evolve for a particular set of thermodynamic conditions, such as temperature, density, pressure and, potentially, the presence of an external field. Atoms interact with each other via a force field (which is, in essence, a mathematical model of how atoms see each other), which in turn affects their positions and velocities as the system evolves in time. This makes it possible not only to identify potential competing mechanisms of ion transport, but also to estimate macroscopic properties, including kinetic constants and diffusion coefficients which describe how fast ions move at an interface. This approach can therefore be used to complement and aid the interpretation of experimental measurements. Prof Morita and his collaborators have been pioneering the application of molecular dynamics techniques to liquid interfaces, and they have developed a set of powerful methods to analyse molecular dynamics trajectories, which can be used to elucidate the catalytic mechanism of ion transport at an interface.

Multidimensional free energy surfaces
One of the limitations of standard molecular dynamics simulations is their inability to treat systems containing many atoms for times long enough to detect phenomena like ion diffusion, especially when the mechanism of transport involves one or more energy barriers. To solve this problem in the case of ion migration at liquid interfaces, Prof Morita’s team have developed methods based on the calculation of free energies from molecular dynamics trajectories. This approach involves defining a generalised coordinate for ion migration, which may not be limited to a simple linear diffusion path along the membrane and can therefore have multiple spatial components. This coordinate is then used to compute a multidimensional free energy profile at a given temperature, from which information about potential ion transport mechanisms and the likeness of each of these mechanisms can be assessed.

Water-oil interfaces: the water finger
An interesting application of this approach has been in the study of the transport of Cl– ions (negatively charged CI atoms) through a water-oil interface. Early molecular dynamics simulations carried out in 1993 put forward evidence for the creation of a ‘water finger’ – a trail of water molecules that accompany Cl– as this ion moves within the hydrophobic oil phase. However, these simulations were unable to provide estimates of ion transfer rates close to those measured in experiment, which was suggestive of a deviation of the Cl– motion from the purely diffusive behaviour observed in the simulations.

Using their multidimensional free energy approach, the researchers were able to show that the mechanism of Cl– transport does indeed involve a hidden barrier for the ion’s migration through the hydrophobic phase, which is inconsistent with simple diffusion. Even more interestingly, they demonstrated that this barrier originates from the formation and subsequent breaking of the water finger, thus reconciling the simulated behaviour and the experimentally observed migration rates.

In this context, Prof Morita and his collaborators have studied the electron transfer reaction between the molecule ferrocene and the anion ferricyanide at a water-oil interface. The use of the multidimensional free energy approach has in this case allowed them to resolve a long-standing and crucial issue in understanding the mechanism of electron transfer between the two redox complexes, i.e. complexes with the ability to exchange electrons between themselves or with other substrates. Using a generalised coordinate combining the complex position, the donor-acceptor distance and solvent fluctuations, they were able to prove that a heterogeneous mechanism, in which the donor and acceptor complexes are in different liquid phases when one electron is transferred between them, is preferred over the homogenous route, with the two complexes in the same phase. Their simulation results are again in excellent agreement with available electrochemical measurements.

Ligand-assisted ion transport: the shuttling mechanism
Small, hydrophilic ions like F– are usually difficult to transport across water-oil interfaces. However, the presence of specific counterions, even in trace amounts, is often sufficient to dramatically enhance their transport rates. For instance, traces of the tetrahexyl ammonium cation, N(C6H13)4+, are known to render the F– transport facile, whereas the corresponding tetrabutyl cation N(C4H9)4+ has no effect. There must therefore exist a catalytic mechanism promoting F– transport that is active in the presence of the former cation, but not in the presence of the latter. By carrying out a series of molecular dynamics simulations of F– migration through a water-oil interface in the presence of an external electric field (mimicking conditions typical of electrochemical experiments), Prof Morita has shown that some counterions can form transient complexes with the F– ions and assist them as they cross the interface.

With the aid of the multidimensional free energy approach, he has been able to identify two competing transport paths and to define a bifurcation criterion that makes it possible to predict whether a transient complex can form in the presence of a specific ligand, and, therefore, whether this ligand can be used to promote F– transport across the interface. These results are important because of their potential impact in the development of efficient devices exploiting interfacial transport in a wide range of applications, including phase transfer catalysis and chemical sensors.

Which academic fields will benefit most from your work, and what further extensions of your approach could further enhance its applicability?

The present approach is quite powerful to reveal the molecules at interfaces, though spatial scale is rather limited. To treat the liquid interfaces in a comprehensive spatial scale, we are working to combine the molecular dynamics simulation with the mesoscopic continuum model. The multiscale approach will extend the applicability beyond the usual molecular simulation to incorporate mesoscopic scale of diffuse double layer in a unified viewpoint.” 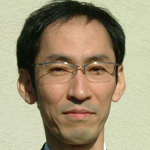 Akihiro Morita received a PhD in chemistry from Kyoto University, Japan, in 1995. He worked at Kyoto University, University of Colorado, and the Institute for Molecular Science before moving to Tohoku University. His research focuses on electronic structure and molecular dynamics at liquids and interfaces, including the theory of sum frequency generation spectroscopy and mass transfer dynamics.

Prof Morita studies the mechanisms of ion transfer at interfaces between immiscible liquids.

Japan Society for the Promotion of Science 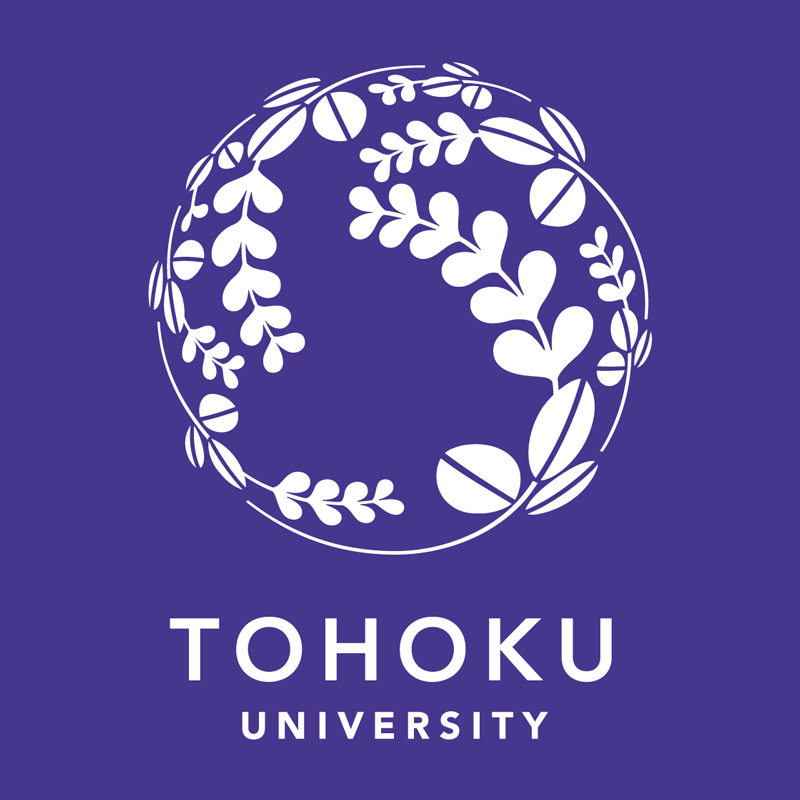