Physical Sciences
In recent years, the Earth has been rocked by devastating Tsunamis. The ability to predict how intense they will be is crucial in deciding how to mitigate their effects. This is what makes the work of Daisuke Inazu at Tokyo University of Marine Science and Technology and fellow researchers so important. Their pioneering work in using the Automatic Identification Systems (AIS) on ships to monitor tsunami current has huge potential to help developing countries to forecast tsunamis so that they may reduce loss of life and infrastructure damage.

Tsunamis are one of the most devastating and destructive natural occurrences and can cause mass mortality and infrastructure damage when they occur. Coastal cities have to be able to find ways to reduce these losses. Although some of these losses can be mitigated through the use of coastal defences, the immediate actions of individuals and organisations after the occurrence of a tsunami are critical for reducing the loss of life that can often directly occur.

This is why it is so important to be able to tell when a tsunami is occurring, and how intense it is likely to be. Real-time forecasting of earthquakes and tsunamis are useful when it comes to making decisions for disaster mitigation. This is what makes the work of Daisuke Inazu at Tokyo University of Marine Science and Technology and fellow researchers so important. Daisuke Inazu is no stranger to researching ways to predict the intensity of natural disasters. His research experiences centres around using physics to understand and forecast oceanic events, such as tsunamis, tides and storm surges. Funded by the Japan Society for the Promotion of Science and the Nippon Foundation, he is perfectly positioned to research the likelihood of tsunami occurrences.

Most current systems in place to detect tsunamis use seismic wave observations. Seismic waves are usually generated by movements of the earth’s tectonic plates. However, they can also be caused by volcanoes and landslides that occur underwater. Seismic wave detection technologies are useful in regards to predicting the magnitude and intensity of an earthquake but are not always perfect when forecasting tsunamis. This is because they estimate elastic deformation that may be indirectly related to tsunamis, and are sometimes unable to accurately predict how a tsunami will form. This is because tsunamis can be formed by landslides that often occur due to earthquakes and volcanic activities. This, therefore, makes tsunami forecasting much more difficult than simply predicting the magnitude of an earthquake.

The number of ships recognised by the AIS is continually increasing, meaning more and more data can be used around to the world to forecast and measure tsunamis.

It is, therefore, better to use direct observations of offshore sea level to estimate the resultant size of tsunamis. There are many systems that use this method, such as the Deep-ocean Assessment and Reporting of Tsunami (DART) buoys forecasting system. However, while these types of observatories are reliable, they are also incredibly expensive to maintain and require regular replacements, typically several decades after installation. Since gigantic tsunamis may occur once typically during tens to hundreds of years at a certain place, the cost of maintaining and replacing parts of these observatories can add up. Offshore tsunami forecasting needs to be sustainable as well as reliable. It is therefore important that other, more sustainable, ways of monitoring and forecasting tsunamis are developed.

Inazu and his fellow researchers have conducted pioneering research into solving this issue, looking at the possibility of using Automatic Identification System (AIS) data to predict the current and height of tsunamis.

What is AIS data?
AIS data is the navigation records of ships. It includes the ship’s latitude and longitude, speed over ground (SOG), course over ground (COG) and ship heading (HDG). All of this information is used to determine the ship’s position, and where it is going. AIS data is collected under International Maritime Organisation (IMO) regulations, which means that all ships exceeding 300 gross tonnage, and all passenger ships, are required to send this data via very-high-frequency (VHF) radio transmission. AIS data from ships close to shore can be received by coastal stations, and ships further ashore can be received by low-Earth-orbit satellites. The number of ships with recognised AIS data is increasing annually with increases in seaborne trade and in a number of satellites. Real-time ship distributions can be derived from AIS data on many websites. For a price, AIS data is readily accessible, but there has been an effort On ways in which to make AIS data more accessible in the future.

How can AIS data help to forecast tsunamis?
While AIS data has not been traditionally used to forecast tsunamis, it is predicted to be useful because it enables sudden changes in the position of ships to be seen, which could help to monitor tsunami currents and predict wave heights. Inazu and his research team are working on contributing to the lack of research regarding the use of AIS data to forecast tsunamis. By using data from the devastating 2011 Tohoku earthquake and resultant tsunami, they have investigated the relationship between ship horizontal drift and tsunami current.

The 2011 Tohoku earthquake caused a tsunami that reached coasts with significant wave heights (greater than 10 m) a few tens of minutes after the tsunami generation. Inazu and his research team used AIS data obtained from 16 different ships that were out at sea during this tsunami. They found that measurements obtained from AIS data during the 2011 Tohoku tsunami, had significant deviations under tsunami conditions. By conducting a quantitative investigation, these deviations were used as a proxy to accurately measure the tsunami current, and could help to predict the tsunami source and wave height at the coast of the 2011 Tohoku tsunami.

The AIS data obtained from these ships indicated that COG significantly deviates from HDG as the tsunami passes the ship. Using a mathematical model, they proved that ships immediately respond to tsunami current by moving in a diagonal direction with an equivalent velocity. This research shows that crowd-sourcing AIS data will help to predict the source, magnitude and wave height of a tsunami.

Inazu and his research team are working on contributing to the lack of research regarding the use of AIS data to forecast tsunamis.

What is so brilliant about this way of measuring tsunamis is possible in the current AIS framework. The number of ships recognised by the AIS is continually increasing, meaning more and more data can be used around the world to forecast and measure tsunamis. This novel method of crowd-sourcing data has huge potential to change the way that coastal populations forecast tsunamis.

Although there is more that could be done to increase AIS data reliability, Dr Inazu’s research team is seeking to enhance the sensitivity of AIS data to tsunami currents by using real-time coastal and satellite AIS data. Using AIS data is a relatively cheap, promising way of measuring and forecasting tsunamis in the future.

The future for this technology
While countries such as Japan already employ offshore observatories to forecast and predict tsunamis, many developing countries do not have the economic resources needed in order to set these up. However, due to the low cost of obtaining AIS data, it is likely that coastal cities in Southeast Asia and South America will be able to use data obtained from ships in order to monitor and forecast tsunamis.

Tsunami disaster mitigation is of paramount importance in many coastal areas where large populations reside, which is what makes the work of Inazu and his fellow researchers so vital. The use of AIS data for tsunami current monitoring may be a sustainable way of ensuring that tsunamis can be mitigated in areas where life loss prevention and infrastructure damage are so important.

What first piqued your interest in finding effective ways to forecast tsunamis?

<>My research idea was actually inspired by the smartphone seismic network proposed by the University of California, Berkeley. They utilise accelerometers embedded in our smartphones as seismic monitors from crowd-sourced agents. Our smartphones are onshore. How about offshore? I was speculating tsunami monitoring using information from navigating ships over the global ocean. Then I decided to study AIS data in detail. 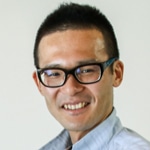 Daisuke Inazu is an Associate Professor of the Department of Marine Resources and Energy at Tokyo University of Marine Science and Technology. He earned a PhD in Geophysics from Tohoku University, Japan, in 2007. His research experiences have been mainly based on numerical simulation of physics of the ocean such as tsunamis, tides, and storm surges.

Dr Inazu and his fellow researchers have conducted pioneering research into developing effective ways of monitoring and forecasting tsunamis by looking at the possibility of using Automatic Identification System (AIS) data of offshore navigating ships.