Physical Sciences
What lies beneath hundreds of years of paint? Professor Costas Balas at the Technical University of Crete, Greece is privy to some of the secrets of the great Renaissance masters with his hyperspectral imaging devices. Such devices can be used to identify not just what chemicals are present in pigments on the surface layers of paintings, but also what lies underneath.

Art restoration is a difficult business. A single painting will use numerous pigments to create a wealth of different colours but while those colours might be indistinguishable by eye, each of those pigments may in fact have a different chemical composition. Even worse, different pigments or regions of the painting may have been treated with different binding materials and varnishes, which will also affect the types of solvents and materials that can be used for cleaning or touching up certain areas.

If colour alone is not a reliable indicator of the pigments and chemicals used in a painting, how can art experts and scientists identify what materials have been used with a great degree of accuracy, all in a non-destructive manner? The answer lies in tools typically used in analytical chemistry. Most of these involve shining non-visible wavelengths of light through the painting, including X-rays and infra-red radiation, as these are not completely absorbed by the surface paint layers, unlike visible light. Unfortunately, such spectroscopic techniques are very expensive and provide point-by-point information. This means that each section of the painting must be meticulously scanned with the incoming X-rays or infra-red to record all the chemical information on different sections of the painting. It may also be necessary to tune the wavelengths of the incident light to see different elements.

The team found a number of surprising results that only hyperspectral imaging could have unearthed.

Given how time-consuming point-by-point scanning is, one alternative approach is to combine spectroscopic methods with imaging methods. Spectroscopic methods are ideal for accurately determining which chemical elements are present in a particular region but imaging methods have very high spatial resolution and can therefore disentangle differences in even small, detailed areas of the painting. This combination is known as hyperspectral imaging and Professor Costas Balas at the Technical University of Crete, Greece and his research group are experts in improving and developing hyperspectral imaging technologies for both medical and art conservation applications.

Hyperspectral devices
Professor Balas’s interest in hyperspectral imaging was originally motivated by his work in the field of cancer diagnosis and biomedicine. Here, there is a need for devices that can successfully and accurately profile and image tumours within the body as part of the diagnostic process but there are a number of features of the technique that have meant it can be applied to a diverse range of applications, including art restoration and identification.

A hyperspectral imaging device works by simultaneously recording spectral and spatial images to make three-dimensional data sets. A spatial image is like a photograph that shows the location of all the different objects in the frame. However, as the spectral information can only be obtained for a limited number of wavelengths per spatial image, this means only certain coloured objects are recorded in a single image, so it would be like taking a photograph which would only show green objects. To make up a full three-dimensional image, another photograph would be taken, that would only show blue objects, then red objects and so forth until all the wavelengths of interest had been covered and the full scene could be created.

In practice, as the human body and paint absorb visible light, the imaging ranges of the hyperspectral imaging devices span from the ultraviolet to the infra-red. Using these wavelengths of light in the infra-red allows Professor Balas to peel back the layers of paint to what lies on the canvas underneath. The flexibility of the wavelengths that can be used with hyperspectral imaging has many advantages for dealing with complex materials such as paintings. The use of visible light is important for identifying colours and pigments, with ultraviolet and infra-red detection that provide more definitive chemical assignments and are sensitive not just to the surface layers.

Seeing the canvas
Professor Balas and his team have been able to use this technology to study one of Doménikos Theotokópoulos’s, otherwise known as El Greco, masterpieces, ‘The Baptism of Christ’. Thought to have been painted in the early 1600s, the painting depicts a complex scene involving both the heavens and the earth, where Christ stands with St John the Baptist at his right. Strikingly, a number of figures are robed in bright greens, reds and yellows, giving a small indication of the complexity of the chemistry occurring on the campus.

The goal of the project coordinated by the Benaki Museum was to provide technical information to art historians to allow them to date and authenticate the painting and to determine what the physical condition of the painting was to aid with conservation work. During this process, the team found a number of surprising results that only hyperspectral imaging could have unearthed, including the numerals ‘MDLXVI’, indicating the year 1566. This date had gone previously unnoticed as it had been overpainted, but the quality of the spatial resolution from the imaging made it possible to unambiguously resolve most of the date.

There was one small complication to this, though. Next to MDLXVI appeared to be another I, which would indicate the year to be 1567. Most other analysis techniques would have suggested the additional ‘I’-like feature was intended to be part of the date, owing to its location and similarities in colour. However, the chemical information also extracted from the hyperspectral imaging indicated this ‘I’ was not a numeral as part of the date, but actually intended to be part of a nearby scene.

Professor Balas’s interest in hyperspectral imaging was originally motivated by his work in the field of cancer diagnosis.

While hyperspectral imaging may be more efficient than point-by-point spectroscopic methods, the size of the painting posed some problems for Professor Balas and his team. They were able to identify over ten different pigments used by El Greco and his contemporaries on the painting, including lapis lazuli and azurite, but needed a more efficient way of identifying them over the full scale of the canvas. To do this, they turned to machine learning methods that, once they had been trained to identify the spectroscopic signatures of the various pigments, could then automatically assign which pigments had been used to paint specific regions, speeding up the process immensely.

Capturing the past
While not all paintings have dates conveniently hidden under layers of paint, hyperspectral imaging can be used to date paintings through a different approach. When chemists and artists alike found ways to create new pigments, this was often intimately related to the development of new artistic styles. Their colours and the techniques used to paint them often provide art historians with many visual clues as to a painting’s age, which can in turn be verified by a more in-depth chemical analysis of exactly which compounds were used where.

Hyperspectral imaging can be used not just for identification and dating but also for historical preservation. In cases where restoration is not possible due to the fragile nature of the object, imaging can be used to create digitised records of particularly frail manuscripts. One example is the Codex Sinaiticus, the earliest manuscript containing the complete New Testament which dates from the mid-fourth-century.

The Codex Sinaiticus is currently kept in four different locations, so as well as historical preservation, the goal of imaging the whole text also served the purpose of allowing a reunification of the complete text. The reunification of the text through imaging gave some ideas as to how the book may have originally been bound and researchers now have a wealth of information on the composition of the different coloured inks used in the text, all of which have been made possible by developments in hyperspectral imaging.

What are the unique challenges of imaging art pieces?

Stripping paintings of their secrets with hyperspectral imaging was last modified: May 22nd, 2019

Balas, C., Epitropou G., Tsapras A. and Hadjinicolaou N., (2018) Hyperspectral imaging and spectral classification for pigment identification and mapping in paintings by El Greco and his workshop. Multimedia Tools and Applications, 77, 9737–9751. 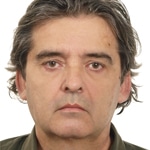 Costas Balas is a full Professor at the Electrical and Computer Engineering department of the Technical University of Crete. He is a recognised expert and innovator in biophotonics and hyperspectral imaging. He has patented and published life-saving, FDA-approved photonic methods and imaging technologies for non-destructive analysis and for noninvasive diagnosis. He teaches both graduate and undergraduate courses.

The guidance and the data interpretation offered by the eminent Art Historian Professor Emeritus Nicos Hadjinicolaou and the experimental work conducted by my graduate students are gratefully acknowledged. 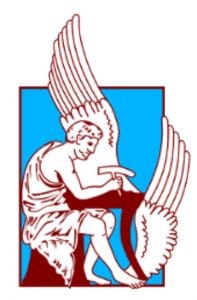 When kinetic theories clash, mind the lattice step: A statistical physics approach to the motion of atoms within materials
Physical Sciences
Read This Article