Health & Medicine
The Circle of Health (COH) is an interactive and exemplary framework that bridges gaps in health promotion and draws together both the external and internal factors that drive our health. Spearheaded by Patsy Beattie-Huggan, BN, MScN, founder and president of The Quaich Inc., this novel tool was developed, refined and evaluated through broad consultation in PEI, Canada. With collaborators Kirsten Steinhausen and Stephanie Harsch, the team is now focusing on how it can be used to identify translational gaps in WHO declarations, and disseminated more broadly.

An individual’s health is a combination of many driving internal and external factors. To protect and to promote health, various interventions have been developed but often many factors are overlooked, and these therefore lack sustainability. The Circle of Health (COH) is a translational tool and value-based framework that effectively links together all these health factors to provide effective education, planning, collaboration and evaluation in health promotion. By simplifying the complexity of health into a usable tool, it plays an important role in helping to bridge gaps in health promotion and disease prevention versus lifestyle and social factors. The COH integrates the concepts required to plan for health at an individual, family, community, system and societal level. The COH can also be used to re-analyse findings and provide the whole picture for the dynamics of health. Its particular strength compared to other models is its relevance. Taking a holistic approach, the framework incorporates a complete understanding of health, health promotion strategies, determinants of health and six key values such as caring and justice.

It is written in plain language text and arranged as a multi-coloured tool with moveable rings which reminds one of a compass. Visual and kinetic learners find it easy to use. The COH is designed to overcome barriers of low literacy, and is structured to provide a holistic, ‘health in all settings’ approach. Today, the COH is used worldwide and has been validated and internationally evaluated. The COH is also delivered in a workshop format, and is available in six different languages and is transferable to diverse settings in 20 countries.

The COH was developed in 1996 during health reforms in Prince Edward Island, Canada. Originally created to generate a shared understanding of health promotion amongst many sectors, COH was developed from a consultative community-based, community development process: a collaboration involving individuals from government and marginalised sectors. Funding came via a partnership including the Prince Edward Island (PEI) Health and Community Services, Canadian Public Health Association, Health Promotion Network Atlantic and the PEI Women’s Network. Patsy Beattie-Huggan, founder and President of The Quaich Inc. has been at the forefront of the development, use and education of the COH since the outset. Together with collaborators Kirsten Steinhausen and Stefanie Harsch, with the support of Luis Saboga-Nunes, the team is now focused on using the COH in different environments and for diverse target groups to bridge the gap in the release of World Health Organization (WHO) declarations where translational strategies are missing. 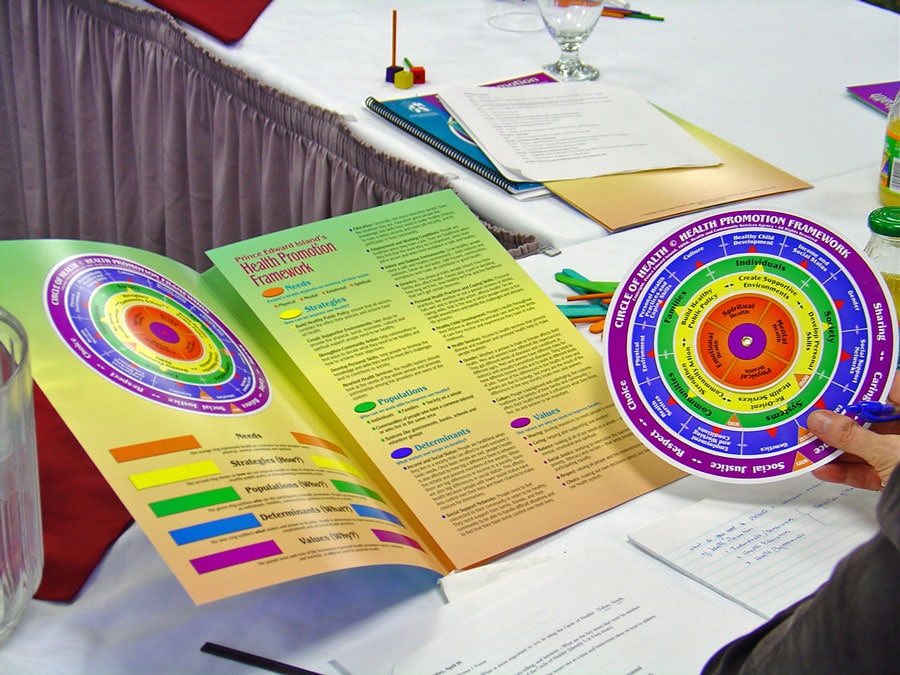 Uptake and evaluation
Soon after the launch of the COH, it was observed that there had been a spontaneous uptake of the COH in Canada and other countries. This prompted an evaluation in 1997, which reported that users in multiple settings including education, research, and planning rated both the concept and design highly at 91%. Patsy Beattie-Huggan explains: “The unanticipated uptake of the COH internationally speaks to a need for tools that focus on holistic health and empower stakeholders in multiple sectors to work together.” In 2004, international reviewers from the UK, USA, Australia and Canada provided positive feedback on the relevancy of the COH. With further work, a website, online workshops, facilitator manual and supplemental knowledge translation tools were developed.

As a shared framework in addressing complex organisational and global issues [the COH] could fill the gap. 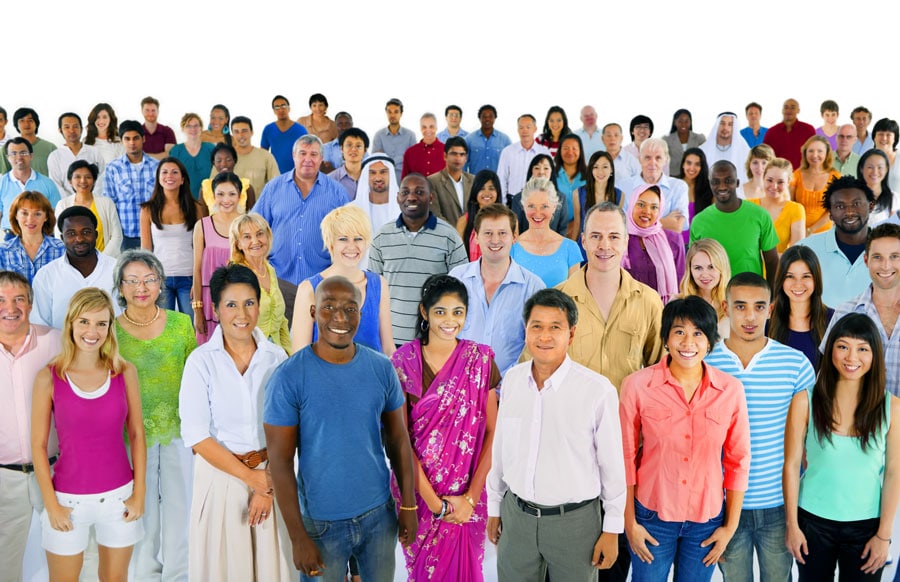 As of 2018, over 10,000 English and 700 copies in other languages of the COH have been distributed. Workshops have also been held internationally and many facilitators trained. Researchers, practitioners, and academics have found it to be clear, easy to use and all inclusive. Some are introducing it to students and encouraging them to use it as a planning and assessment tool.

The tool has been utilized in contexts where students’ first language is not English. A 2018 study conducted by researchers in Freiburg, Germany analysed existing health interventions for refugees in Germany and assessed the feasibility of the COH as an analysing tool. Over 150 interventions were identified and analysed. Notably, the COH helped to identify and systematically organise the broad field of interventions, analyse the approaches in general, explore gaps, raise awareness of unaddressed areas (e.g. critical health literacy) and of underlying principles and inspire the development of new interventions.

Bridging the gaps: WHO declarations
It is vital to analyse the health promotion approaches in a country comprehensively, considering its most relevant factors and how they link together. The COH is therefore ideally placed to bridge the theory to practice gap in health promotion because it is holistic. Importantly, the COH can also assist policy makers and community leaders undertake steps to promote health at a system-level. 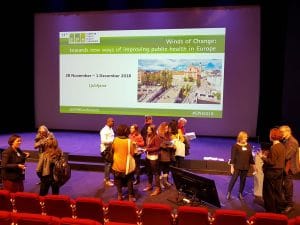 A gap in the release of the WHO declarations (Ottawa Charter-Shanghai Declaration) highlights that translational strategies have been missing. There are a number of reasons why the COH can plug these gaps. It is already used worldwide and is a translational tool for health promotion. The COH promotes the inclusion of values, the Ottawa Charter, determinants of health and the aboriginal medicine wheel. It has been validated by multiple stakeholders and demonstrates a holistic approach to areas such as culture and literacy. As a shared framework in addressing complex organisational and global issues it could fill the gap. 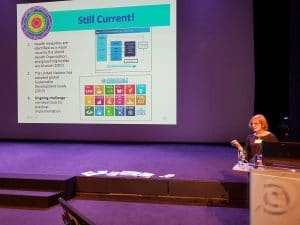 Validation and redesign
Multiple stakeholders have validated the COH concept. These include Aboriginal elders, self-help groups and people with intellectual disabilities. They recommended adding the Aboriginal Medicine Wheel, determinants of gender and culture and plain language materials to the original prototype design. As a model of best practice, the COH has a global potential to be the ‘people’s framework’. It appeals to a range of different learning styles and level of education, and has the ability to inspire new approaches to health promotion.

The continued relevance of the COH demonstrates that tools based on values, validated with multiple stakeholders, with a holistic approach resonate with a wide range of users and can be applied across different languages and cultures.

Conclusion and lessons learned
The continued relevance of the COH demonstrates that tools that employ a holistic approach and are based on values resonate with a wide range of users. The COH has been successfully applied across different languages and cultures. It is relevant to practitioners, educators, researchers, policy makers, and the general public. Patsy Beattie-Huggan explains: “This speaks to its global potential as a useful framework and tool for collaboration to address complex issues.” Because of these qualities, COH is well-placed to meet the demand for translational tools to implement WHO declarations.

The Circle of Health has gone from strength to strength. What is next for the tool?

<>The potential for the Circle of Health to be used in additional settings such as those working with children, refugees and vulnerable populations is endless. The hope is to expand its use internationally – and share stories of its use to facilitate a shift to a more holistic approach to promoting global health.

A framework for global health promotion: The Circle of Health was last modified: May 30th, 2019 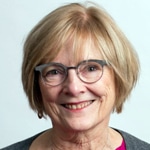 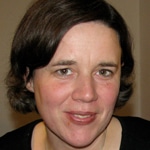 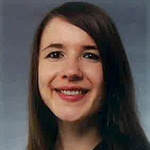 Patsy Beattie-Huggan BN, MScN, founder and President of The Quaich Inc. has provided leadership in nursing education, health system redesign, health promotion and development of the Circle of Health©, holding a Bachelor of Nursing from the University of New Brunswick and MSc in Nursing and Health Studies from the University of Edinburgh.

Professor Dr. med. Kirsten Steinhausen holds the position of Professor for Health Sciences and Vice Dean at The Faculty of Health, Safety and Security, Furtwangen University. She has experience of hospital project management where she has implemented evidence-based guidelines. Her research interests include public health, health policy, health economics, evidence based practise and health promotion in the workplace.

Stefanie Harsch, MA, Ph.D. student, works as a research associate at the University of Education Freiburg, Germany in a research project supported by the German Federal Ministry of Education and Research focussing on promoting health literacy of people with migration and refugee history in German as a second language course.

To support knowledge translation and innovation in applications of the Circle of Health© (COH). One of the leading consulting tools in health promotion, the COH aims to analyse, plan and implement programs and identify gaps.

Funding for the development of the Circle of Health came via a partnership including the PEI Government, Canadian Public Health Association, PEI Women’s Network, and Health Promotion Network Atlantic.

Gratitude is expressed to the many people who contributed to the development, evaluation and dissemination of the Circle of Health, with special thanks to Luis Saboga-Nunes, President, EUPHA Health Promotion Section for more recently encouraging its application in the European context.