As we age, so does our skin. One of the factors that affects how quickly skin appears to age is exposure to UV light. Dr Jeong-Sun Seo of Seoul National University Bundang Hospital, Republic of Korea, is investigating how UV light affects skin aging at the genetic level. Using RNA sequencing data, Dr Seo and his team demonstrate that some signs of skin aging, such as the development of wrinkles, are directly linked to over-exposure to UV light.

Our skin has to tolerate a great deal. Exposure to sun, wind and rain, harsh soaps, pore-clogging cosmetics, a poor diet; these are just a few of the challenges our skin might endure throughout a lifetime. Our skin also accounts for a large part of our appearance and is, for many people, where the most obvious signs of aging can be seen. Our skin condition reflects our apparent age; no wonder, then, that skin care is such a huge market.

Many factors are known to affect the way that skin ages. Some of these factors, such as genetic qualities, are intrinsic to the body while others are extrinsic. Of all the extrinsic factors, perhaps the one that has received the most publicity is excessive exposure to sunlight. The harmful part of sunlight is ultraviolet (UV) light, which is also the type of light used in tanning beds and lamps. Exposure to UV light is not only an important factor in skin aging: excessive exposure to UV also increases the risk of skin cancer. The dangers of sunburn and the importance of sunscreen are well-known, but the exact ways in which UV damages skin are still under investigation. 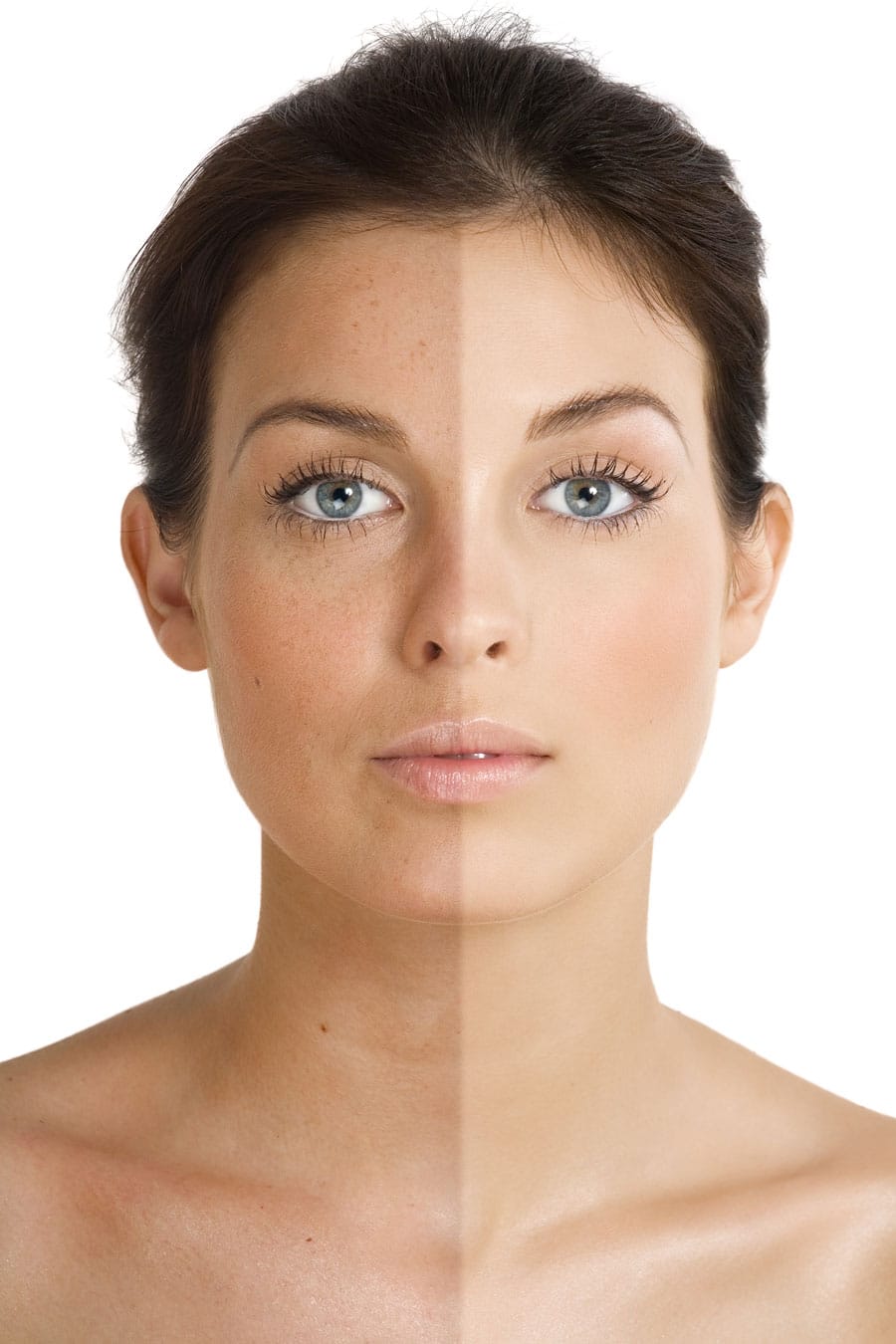 UV and skin aging
Previous research has shown that UV light affects the aging process of skin by causing changes in gene expression (when and how a gene produces a protein). Exactly how this happens, however, is not well understood. Using state-of-the-art technology, Dr Seo and his team can explore genetic information to investigate how skin ages, with the aim of reaching a better understanding of this process. In particular, the team looked at the various effects of UV light on skin, a process known as photo-aging.

Skin offers a unique opportunity to investigate the effects of UV light on aging.

Analysing the transcriptome
Although there has been some previous research on the effect of UV light on skin aging, it has focused on the behaviour of just a few genes. While this is useful, genes are known to interact with one another in myriad ways. Focusing on a few individual genes therefore risks missing important genetic pathways that could influence the aging process. To avoid this problem, Dr Seo utilised a much broader type of genetic information to investigate gene expression changes in skin. Ribonucleic acid (RNA) is produced from DNA during the process of protein synthesis. The complete set of RNA transcripts produced by the genome of a particular species – in this case, humans – is known as the transcriptome. Analysing the transcriptome therefore allows researchers to characterise the genetic activity of a tissue, such as skin,
as a whole; it shows which genes are active (and how active they are) and which are not.

Skin changes and UV exposure
Skin offers a unique opportunity to investigate the effects of UV light on aging. Some parts of our skin are frequently exposed to sunlight, while other parts are usually kept covered. In his study, Dr Seo and his colleagues compared UV-exposed skin from the lower leg with UV-protected skin from the suprapubic region (the area between the navel and the pubic bone). 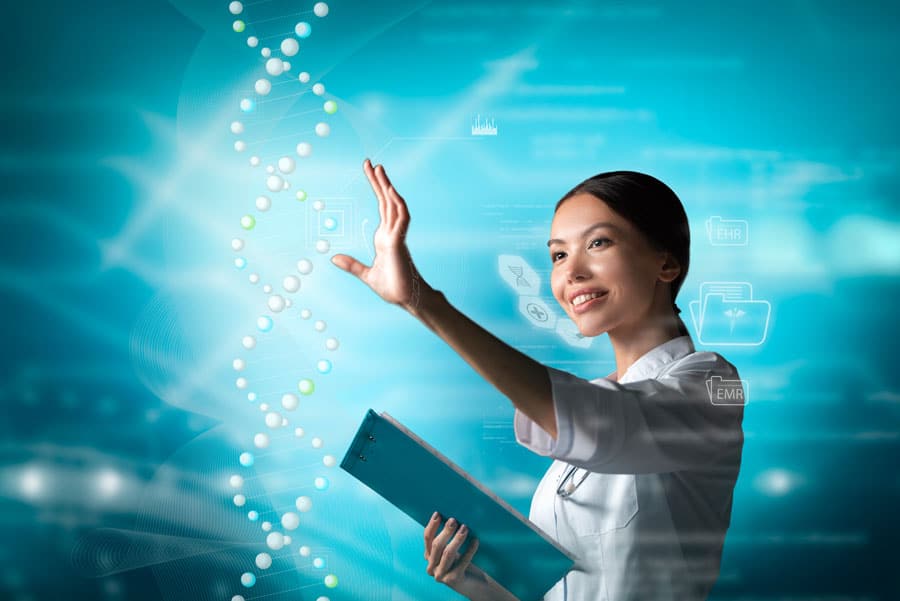 Dr Seo’s team used transcriptomic RNA sequencing data to examine the behaviour of a very large number of different genes at the same time. In total, the researchers assessed genetic data from almost 600 samples of skin. This in-depth investigation allowed the team to pin-point the actual biological changes caused by exposure of skin to UV light. Their results showed a clear difference between the transcriptomes of the lower leg and suprapubic skin samples, suggesting that gene activity is notably different in these two areas of skin. This difference could be due to variation in exposure to UV light.

Angiogenesis and wrinkle formation
Wrinkles are probably the most obvious sign of aging in skin. Angiogenesis – the formation of new blood vessels – is known to play a significant role in the development of wrinkles. In this study, the researchers found that certain genes involved in angiogenesis were up-regulated (became more active) in photo-damaged skin. In fact, there was a significant difference in the activity of these genes in the skin from the lower leg, when compared with skin from the suprapubic region. Greater angiogenesis means a higher rate of development of new blood vessels, so this result suggests that exposure to UV light directly influences wrinkle formation. 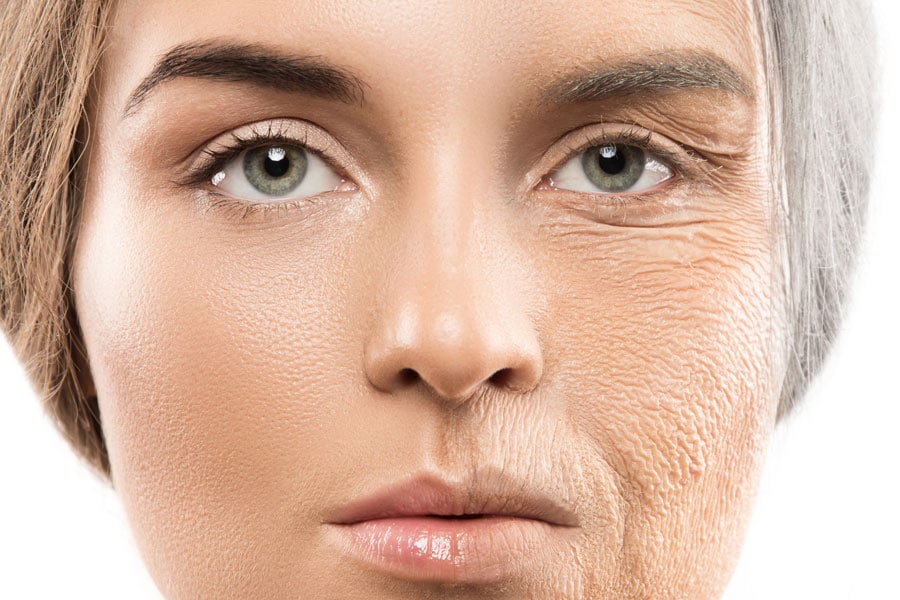 UV leaves skin vulnerable
Lipid metabolism, the process by which fats are either made or broken down in cells, is one of the factors vital to maintaining the function of the skin as a protective barrier. When lipid metabolism is impaired, the barrier function becomes less effective, leaving the skin more vulnerable to damage. Dr Seo found that lipid metabolism is dramatically reduced by photo-aging, suggesting that over-exposure to UV light can leave skin lacking protection. Three lipid metabolism-related genes in particular (known as LIPN, LIPK, and SMPD3) were found to be important in this process. Similarly, water loss regulation in skin was found to decrease with age. This could adversely affect both the condition and the appearance of the skin.

As skin ages, it tends to lose elasticity, which can contribute to development of wrinkles. This is partly due to a falling amount of collagen, an important connective protein, in the skin. Dr Seo and his colleagues were able to show that a certain class of genes, known as MMP genes, are up-regulated in skin damaged by exposure to UV light. In normal cells, MMP genes are known to play a role in breaking down collagen. When MMP genes become more active, collagen is broken down faster, leading to reduced elasticity in the skin. 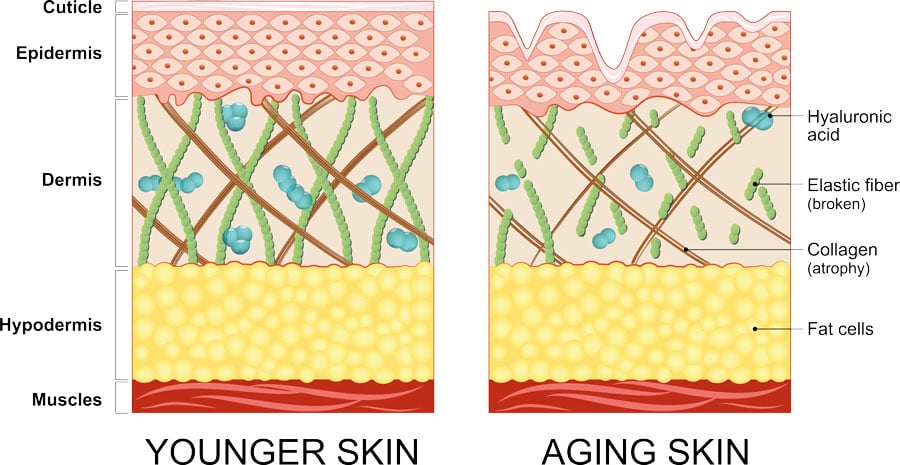 Age-related skin changes
Some skin changes occur with aging whether or not the skin has been exposed to excessive sunlight. Previous work has shown that wound healing can be between 20% and 60% slower in older skin. Dr Seo found that the rate of wound healing decreased with aging in both types of skin. A set of genes known to be involved in wound healing were down-regulated (became less active) in both UV-exposed and UV-protected skin. This result suggests that slower healing is an inevitable consequence of aging, whether skin has been exposed to a lot of sunlight, or not.

The future
In many parts of the world, life expectancies have been steadily increasing. This has triggered increased research interest in the various aspects of aging. In the field of skin aging research, Dr Seo’s team is the first to use transcriptomic RNA-sequencing data to investigate the genetic pathways of aging. Photo-aging due to excessive exposure to sunlight can only be studied in the skin; it is therefore crucial that the consequences of photo-damaged skin are properly understood. This work is an important step in that direction.

In future, the knowledge gained from Dr Seo’s work could be used to develop innovative treatments for skin aging, increasing health and well-being in old age. In the meantime, his work confirms a vital message, one that is well-known but bears repeating: wear sunscreen.

How can transcriptomic RNA sequencing be used in other areas of aging research?

<>With advanced medical care and technology, the elderly population has greatly increased compared to several decades ago. Although aging is not a pathological process, it still influences some diseases. If the transcriptome of each organ is fully analysed, we may able to predict the occurrence of diseases through assessing the levels of gene expression or use it as a tool to find a therapeutic target for each disease. 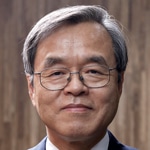 Dr Jeong-Sun Seo is a Distinguished Professor at Seoul National University Bundang Hospital, where he is also Director of Precision Medicine Center. He established Macrogen Inc. 22 years ago, one of the first biotechnology companies in Korea. Recently, his team built the most contiguous reference genome, AK1, using de novo assembly and phasing, taking another step forward for precision medicine in Northeast Asia.

A leading scientist in the field of genomics, Dr Jeong-Sun Seo has broadened our understanding of human variations in cancer and rare diseases. 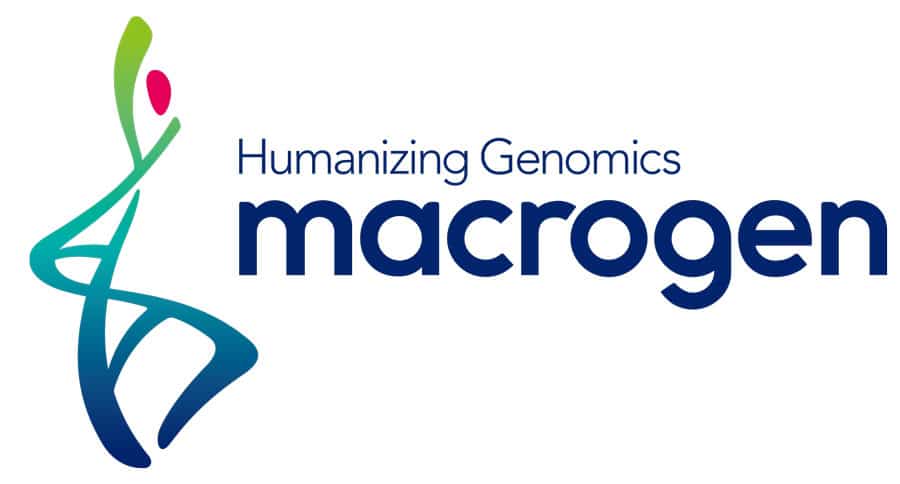