Biology
In his study of metabiology, Arturo Carsetti, from the University of Rome Tor Vergata, reviews existing theories and explores novel concepts regarding the complexity of biological systems while demonstrating the role of information processing and mathematical reasoning. On the basis of what is claimed by Gregory Chaitin, he perceives evolution as a hill-climbing random walk in software space, making biology mathematical at a meta-level. This can underpin the thesis advocated by Chaitin that nature is programming without a programmer.

Professor Carsetti observes, however, that to the extent that a natural, biological self-organising system is characterised by its cognitive activities, the objectives are set from within. At this level the function self-organises together with its meaning, as pointed out by Henri Atlan. This means that any programming activity on a natural level can only take place with reference to a specific semantic context, a context that must each time be identified and constructed as such.

Arturo Carsetti is Professor of Philosophy of Science at the University of Rome Tor Vergata and Editor of the Italian Journal for the Philosophy of Science La Nuova Critica. In his latest volume concerning metabiology, he examines the philosophical and mathematical concepts underlying natural evolution. He reviews existing theories and explores novel concepts regarding the complexity of biological systems while demonstrating the role of information processing and mathematical reasoning. He describes how natural selection programs the evolutionary process and mathematics moulds the coder’s, i.e., natural selection’s, activity. This prompts the creation of a mathematics that can be etched into the evolutionary landscape in view of a correct articulation of the modules and principles of self-organisation.

Cybernetics and semantic information
In the first half of the seventies, influenced by Vittorio Somenzi, Ilya Prigogine, Heinz von Foerster and Henri Atlan, Arturo Carsetti became interested in applying Cybernetics and Information Theory to living systems. Subsequently, during his stay in Trieste he worked in collaboration with Gaetano Kanizsa on the procedures of selforganisation in visual cognition. In 1981, he began a working relationship with Francisco Varela and Jean Petitot and many other scholars in the field of self-organisation theory and complexity theory. In particular, he investigated the link between meaning and information as outlined by Rudolf Carnap and his followers as well as the concept of “reflexive model” as introduced by Dana Scott.

On the basis of this conceptual background, he again turned his attention to the work of the French biochemist Monod and his attempt to join Shannon’s information theory and first-order cybernetics in order to illuminate the deep mechanisms underlying molecular biology. He examined, in particular, the advances in research made in recent decades that led to the introduction of second-order cybernetics, where the observer is part of the system being studied. In addition, he investigated the boundaries of semantic information in order to outline the principles of an adequate intentional information theory.

In accordance with a well-known thesis advocated by Gregory Chaitin, Carsetti perceives evolution as a hill-climbing random walk in software space, making biology mathematical at a meta-level.

Self-organisation
Professor Carsetti quotes Henri Atlan – “the function self-organises together with its meaning” – to highlight the prerequisite of both a conceptual theory of complexity and a theory of self-organisation. Self-organisation refers to the process whereby complex systems develop order via internal processes, also in the absence of external intended constraints or forces. It can be described in terms of network properties such as connectivity, making it an ideal subject for complexity theory and artificial life research. In accordance with Carsetti’s main thesis, we have to recognise that, at the level of a biological cognitive system, sensibility is not a simple interface between absolute chance and an invariant intellectual order. On the contrary, the reference procedures, if successful, are able to modulate canalisation and create the basis for the appearance of ever-new frames of incompressibility through morphogenesis. There is no casual autonomous process already in existence, and no possible selection and synthesis activity via a possible ‘remnant’ through reference procedures considered as a form of simple syntactic regimentation. “These procedures are in actual fact functional to the construction and irruption of new incompressibility: meaning, as Forma formans, offers the possibility of creating a holistic anchorage, and is exactly what allows the categorial apparatus to emerge and act according to a coherent ‘arborisation’”.

In other words, at the biological level, what is innate is the result of an evolutionary process and is programmed by natural selection but with necessary reference to continuous changes in semantics. Natural selection is the coder (once linked to the emergence of meaning): at the same time, at the biological level this emergence process is indissolubly correlated to the continuous construction of new formats in accordance with the unfolding of ever new mathematics. This is a mathematics that necessarily moulds coder’s activity. Hence the importance of articulating and inventing each time a mathematics capable of engraving itself in an evolutionary landscape in accordance with the opening up of meaning.

Life as evolving software
Carsetti revisits a fundamental thesis enunciated by Gregory Chaitin which states that if a living organism can be seen as a program in the classical sense, then evolution can be considered as a random walk through a software space. A random walk is the stochastic, or random, process that describes a path comprising of a series of random steps through a mathematical space such as the set of integers. Evolutional complexity can then be modelled in terms of specific mutations, or programs, where the conceptual complexity H(M) of a particular mutation M is the size in bits of the program M. This is the key concept used by Chaitin in his mathematical model of Darwinian evolution.

Chaitin’s insight into biological evolution led him to view “life as evolving software”. He employed algorithmic information theory to develop testing functions, such as his Busy Beaver function and Chaitin’s Ω number, to perform tests on living organisms after a mutation has occurred. These functions are quantities that can be defined but, in the limit, not computed, and they are endless resources that will not run out.

Carsetti discusses how this abstract process reduces an organism to the pure information encoded in its DNA, a set of instructional information searching for optimum self-organisation. Actually, while the body of the organism is ignored according to the ongoing disembodiment process, we have the opportunity to experience different types of selection in view of a possible optimisation. In his opinion, however, this should not be considered as an end in itself: in fact, the aforementioned disembodiment process is first of all in view of realising a new incarnation. The real ‘extroversion’ is in function of the activation of new selection procedures capable of ensuring a metamorphosis (from within) of the system: a metamorphosis that will necessarily involve the mathematician who builds the model. In this context, the system’s pursuit can really offer the opportunity to trigger more sophisticated levels of embodiment only by changing semantics.

In the light of this new scientific paradigm, nature appears to ‘speak’ by means of mathematical forms. We can observe these forms, but they are, at the same time, inside us as they populate our organs of cognition.

Carsetti also claims that removing the embodiment process reveals the pure abstraction where the instructional information (the DNA) is seeking optimal self-organisation. Paraphrasing Galileo, often regarded as the father of modern science, he says that nature is speaking by computations, thus causing nature to be embodied. Professor Carsetti warns, however, that precisely because they are closely related to the process of embodiment, such “natural computations cannot be articulated only on a purely syntactic level nor can they be flattened on disembodied crystallizations”. He maintains, on the contrary, that at the biological level we are continuously challenged by semantic information and semantic phenomena thus coming to be involved in an effective process of self-organisation.

Non-standard models
Carsetti adopts a constructivist perspective but with a view to introducing a renewed vision of realism: the enactive realism. He refers to Skolem when he mentions that it is the continuous passage from the first observer to the second that plots the course of natural evolution at the cognitive level. In this way, we have the possibility to preserve the deep insights outlined by Gregory Chaitin relative to the mathematical substratum underlying biological evolution, but, at the same time, we also have the possibility to refer them to the realm of that dialectics between function and meaning that allows us not to close ourselves into the enclave of the first-order structures but to range in a much broader realm of functions also featured in accordance with the tools offered by non-standard mathematics. Choosing non-standard model theory really ‘introduces’ a new general semantics. Hence the possibility of fully exploring the arena relating to non-standard models as indicated, first and foremost, by Skolem but taking advantage of the latest acquisitions achieved at the level of the most recent theory of self-organising models.

The enactive realism
Carsetti observes that with a natural, biological self-organising system that is characterised by its cognitive activities, the objectives are set from within. The origin of meaning is an emergent property within the organisation of the system itself, and this is connected to precise linguistic and logical operations as well as distinct procedures of observation and self-observation. These operations stimulate continuous processes of inner reorganisation. He remarks, in particular, that “in the light of this new scientific paradigm, nature appears to ‘speak’ by means of mathematical forms: we can observe these forms, but they are, at the same time, inside us as they populate our organs of cognition”. Within this framework, natural evolution also scans the effective growth of our tools of participatory knowledge of the world around us, our own coming to recognise ourselves as a stage within a path concerning a real development of creativity but on a co-evolutive level and in accordance with a semantically pregnant perspective. Such an awareness can actually give rise to a new type of scientific realism – the enactive (or participatory) realism.

What initially attracted you to the philosophy behind natural evolution?

<>During the writing of my degree thesis I had the opportunity to discover that Immanuel Kant, first in the modern era, had explicitly made use of the term (and the concept) of ‘self-organisation’ and had implicitly linked this concept to the problem of schematism. Then when in 1970 Jacques Monod expounded in the volume Chance and Necessity the thesis that Nature works like a tinkerer characterised by the presence of precise principles of self-organisation, I found myself in front of a series of suggestions that have, therefore, partly guided my subsequent research.

Metabiology and the complexity of natural evolution was last modified: August 3rd, 2020 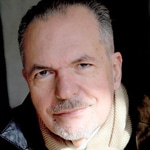 I would like to express my gratitude to the late Franz M. Wuketits and Barry Cooper with whom I initially shared some ideas that later turned out to be one of the bases of reference of my latest volume dedicated to metabiology .

Carsetti A., (2020). Metabiology and the complexity of natural evolutionResearch OUTREACH (115). Available at: https://researchoutreach.org/articles/metabiology-and-the-complexity-of-natural-evolution/ (Accessed YYYY/MM/DD)