Nature and nurture are prominent factors in shaping life outcomes. Nature accounts for an individual’s genetic makeup, while nurture relates to the environment. For centuries, researchers have analysed these two factors independently. However, it is now increasingly accepted that genetic and environmental factors both influence health as well as economic outcomes, such as education, income, smoking, wealth, and many others. As a result, researchers would be better off acknowledging that nature and nurture should be considered jointly, governed by various interdependencies. This is referred to as gene-by-environment (GxE) interplay.

Why is the GxE interplay important?
Adopting the GxE interplay paradigm offers various benefits to the nature–nurture discussion and the social sciences more broadly. Firstly, understanding these systems can help economists to add important nuance to the study of social outcomes, economic outcomes, and human behaviour. Recent studies show that genetic variation can account for between 25–75% of differences in health, economic, and social outcomes (Biroli et al, 2021). Therefore, genes play a critical role in life choices and subsequent outcomes; ignoring this source of heterogeneity simply means ignoring an important aspect of humankind.

Secondly, GxE interplay offers researchers new ways of modelling and testing economic theories. Many economic theories involve variables such as endowments, investments in human capital, and skills. These concepts or characteristics are, however, hard to measure and tend to vary over time. Since genetic data does not change over an individual’s lifetime, it can be a very helpful addition to empirically testing social science and economic theories (Biroli et al, 2021).

Genetic variation can account for between 25–75% of differences in health, economic, and social outcomes.

Why now?
The potential for GxE interplay in social science and economics research is only possible due to recent advancements in human genetics research. Since the turn of the century, researchers have collected large amounts of genetic data from various populations and demographics. This data is useful because it allows researchers to create so-called polygenic scores (PGS) for different outcomes. PGS are indicators that aggregate various genetic variants associated to a particular outcome, and they have better predictive power than single genetic variants (Biroli et al, 2021). Therefore, researchers now have predictive and easy-to-use genetic data at their disposal to test theoretical predictions or uncover economic and social mechanisms.

Gene–environment interplay and years of education
Past research in economics on the drivers of individuals’ education has mainly focused on the role of IQ and socioeconomic background. For example, higher IQ has been shown to be consistently related to higher educational outcomes, where IQ is sometimes (mis)interpreted as the genetic, or ‘nature’, part of this discussion. Socioeconomic background is similarly important, with people coming from privilege generally performing better than those from disadvantaged backgrounds. This difference occurs because of differential access to better schools, better teachers, better learning environments, higher-quality parental attention, and better access to influential social circles. The socioeconomic perspective offers the environmental, or ‘nurture’, part of the discussion, because it deals with environmental factors around the individual.

Two points are worth highlighting here. First, a problem with these traditional measures of ‘nature’ and ‘nurture’ are that they are closely entangled. IQ test scores are influenced by socioeconomic background, especially at younger ages. And socioeconomic background is itself heritable and therefore correlated to genetic factors. Second, the ‘nature’ and ‘nurture’ parts are often independently assessed, despite the increasing evidence that the two jointly determine life’s outcomes. These shortcomings can be reduced by introducing genetic data in the research on educational attainment. For example, Muslimova et al (2021) use both genetic and demographic information to explore the concept of dynamic complementarity: the idea that early investments in human capital create a more fertile ground for future investments. This concept can be applied to the research on the nature–nurture interplay, because it is concerned with whether good environments complement genetic advantages.

The researchers find that firstborns with genetic characteristics that are related to higher educational achievement benefit more from those ‘genetic predispositions’ than their later-born siblings. This finding is significant for understanding human skill formation because firstborns are more likely to have better life outcomes than their siblings. The most plausible explanation for this is that firstborns spend more quality time with their parents before the arrival of their siblings, and Muslimova et al (2021) find that the extra time spent is more productive for children with an above-average genetic predisposition for educational attainment. The finding offers a great example of how nature and nurture work together in human capital formation and life outcomes and how it can lead to education inequalities even in similar socioeconomic environments.

Are the genetic differences fair?
Traditionally, success in higher education is seen as a reflection of effort and ‘talent’. While it is often agreed that success due to effort is fair, there is less consensus on whether success due to ‘talent’ is fair. Some consider it fair that genetic differences are linked to higher educational outcomes. After all, a person should not deny or hide their talent. Others see this as an unfair advantage since no one is personally responsible for their genetic characteristics. As such, there is no clear agreement on how to perceive inequalities in education arising from talents or inborn abilities.

Pereira (2020) discusses both viewpoints; on the one hand, she admits that it is odd to hold individuals accountable for their genetic endowments. For instance, some children have neurological disorders and other chronic illnesses which are hereditary and result in poor performance in current education systems. On the other hand, she acknowledges that there might be reasons for enabling individuals to benefit from their genetic advantage. One such reason is the principle of self-ownership: ‘agents are entitled to the full benefit of their natural personal endowments such as intelligence, beauty, or strength.’ Another argument that people should be allowed to benefit from these abilities is because they may prefer different tasks, or they can be better at doing complex jobs. For example, tall and skilled basketball players should not be denied an opportunity to play basketball simply because they are tall. In sum, this paper builds a framework for genetic differences and its role in understanding equality of opportunity and education inequalities.

Genes lead to health inequalities
Recent research also shows how genes contribute to health inequalities and outcomes. It is well known that smoking during pregnancy can lead to lower birth weight. Specifically, researchers have found that smoking one additional cigarette per day during pregnancy is likely to decrease the newborn’s weight by 20–40 grams (Pereira et al, 2020). A low birth weight will delay the child’s development journey and can affect things such as social life as well as educational attainment. This is why pregnant women are advised against smoking as it is one of the leading causes of low birth weight for children.

Incorporating genetic data in social science research allows one to investigate the age-old debate on nature and nurture.

How do genes relate to this issue? Genes are hereditary, and the mother passes on her genes to the child. These genes can also be related to birth weight. Pereira et al (2020) show that a one standard-deviation increase in the polygenic score for birth weight increases birth weight by around 80 to 120 grams. This finding suggests that a child’s weight can vary depending on genetic characteristics.

However, the researchers do not find direct interactions between genetic differences and maternal smoking in explaining birth weight. Hence, in this particular case, genetic effects and the womb environment (here proxied by maternal smoking) each independently contribute to the birth weight of the child. Still, even a strong genetic predisposition for high birth weight cannot cushion the negative effects that maternal smoking during pregnancy bring about.

Where you live is intertwined with your genes
It is widely believed that the choice of our neighbourhood is influenced by our job, income, or family ties. These are all correct beliefs. However, there are underlying factors that many have not considered.

A recent study shows that where we live is intertwined with the genetic variants we were born with. Biroli and Zund (2020) found that people with a high genetic predisposition to drinking tend to live in areas with easy access to alcohol and pubs. Also, they tend to reduce their drinking less even when faced with tighter licensing restrictions and fewer pubs in their neighbourhood.

These findings can be useful in uncovering the underlying economic mechanisms of important choices that eventually influence our health, such as population distributions, choice of housing, as well as health-related expenditures. This information can help understand the unequal consequences of licensing policies that restrict the sale of alcohol and act as a guide in formulating future economic policies with the aim of reducing inborn inequalities.

Key takeaways
Biroli et al’s (2021) paper introduces novel ways of using widely available genetic data for research in social and economic sciences. They propose using it to test theoretical frameworks, uncover hidden mechanisms, formulate favourable policies, and promote more research on inequality of opportunity. Their paper acts as a blueprint for other researchers to take advantage of the genetic data and the GxE interplay in analysing nature–nurture situations.

What do you think is the future of using genetic data in social sciences and economics? Can it be extended to other fields?

Genetic data will be an additional tool in the toolbox of any social scientist who is interested in understanding differences across people. Some researchers will use the genetic data as a primary variable of interest, eg, as a proxy – albeit rough – for ‘endowments’, ‘abilities’, or ‘preferences’ that are fixed over time, or in prediction exercises on which individuals are most vulnerable for school dropout or developing addictive behaviour. Others will use it as a crucial control variable, for example in reducing ‘ability bias’ if the interest is the effect of education on earnings. And yet others may merely add it to their analysis as control variables to absorb important variation in the outcome of interest and improve the precision of their estimates. Hence, pretty much any researcher interested in human behaviour can benefit from incorporating genetic data in their research design. Given the ethical and privacy-sensitive nature of the data, however, it is important to train the next generation of social scientists in the responsible use of genetic data and objective communication about what can and cannot be learned from working with genetic data. 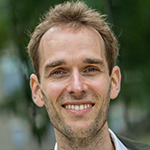 Hans van Kippersluis is a Professor of Economics at Erasmus University Rotterdam. 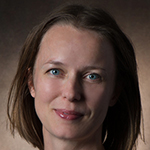 Stephanie von Hinke is a Professor of Economics at Bristol University and Erasmus University Rotterdam. 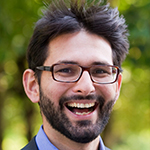 Pietro Biroli is an Assistant Professor of Economics at the University of Bologna.

Drs van Kippersluis, von Hinke, Biroli and collaborators explore the potential of using genetic data in the social sciences, with a focus on estimating the interplay between ‘nature’ and ‘nurture’.

Funded by the New Opportunities for Research Funding Agency Cooperation in Europe (NORFACE), under the project: Dynamics of Inequality Across the Life-course: structures and processes (NORFACE-DIAL). More information can be found on the homepage. Project name: Gene-Environment Interplay in the Generation of Health and Education Inequalities (GEIGHEI), Grant number: 462-16-100