Many anthropogenic activities have resulted in pollution of water with heavy metals, and pose a huge health risk for humans and animals. Some plants, however, can extract and accumulate these metals from soil and water without any toxic effects. Plant flavonoids are compounds that have the chemical ability to bind to heavy metals. Recent work by Dr Robert Luckay and Hillary Tanui (Stellenbosch University, South Africa), and Professor Ahmed Hussein (Cape Peninsula University of Technology), have identified specific phytochemicals from South African plants that bind to heavy metals in a complex metal mixture. Their study presents a novel approach: using phytochemicals as a green solution to clean up heavy metals.

Since industrial times, mankind has made tremendous advances in technologies that allow easier lifestyles for humans. Yet, this comes at a price: increased anthropogenic activities have led to pollution of our planet, which is now in a critical condition. Finding solutions to clean up our mess is an imminent priority for all. In South Africa, pollution of soil and water by heavy metals is a problem resulting from mining and other industrial activities. Consumption of this water is toxic to both the humans and animals that depend on it. Scientists at Stellenbosch University and Cape Peninsula University of Technology in South Africa have been investigating methods by which heavy metals can be removed from the environment. A recent study by Dr Robert Luckay, Professor Ahmed Hussein and Mr Hillary Tanui, identified specific compounds from South African plants that can bind to heavy metals in a complex mixture. Their work provides a green solution for cleaning heavy-metal-polluted waters.

Simple, green alternatives to tackle water pollution will be a small step towards a cleaner, healthier planet.

Heavy-metal pollution
Heavy metals are now universally accepted as major environmental pollutants. In chemical terms, heavy metals are elements in the Earth’s crust which have a high density (weight). These metals include elements such as zinc, copper, iron, silver, gold, arsenic, lead, and cobalt. While trace amounts of some heavy metals are essential for many cellular processes, in excess they are considered toxic, both to organisms and the environment. However, the use of heavy metals in our everyday life is unavoidable. Without them, we would not have mobile phones, pipes, railways, bridges, automobiles, and even certain medicines. Heavy-metal contamination of the environment occurs primarily by human-led activities such as mining, coal-powered stations, use of pesticides in agriculture, industrial wastes, and vehicle emissions. Deposition of excess heavy-metal ions in the soil leads to poor soil and water quality, and due to their long-term persistence in the environment, can be a major problem for potable water.

Green help
It is now well established that plants can be used to clean up pollutants in the environment, a process called phytoremediation. There are several phytoremediation processes, including phytoextraction – the use of whole plants to accumulate pollutants – however there is an inherent danger that the metal-hyperaccumulating plants are consumed by animals or humans. Making better use of this biomass, perhaps as fuel, is a viable approach. Other methods employ rhizofiltration, whereby plants are grown under conditions which allow contaminated water to flow through the soil, and the plant accumulates the heavy metals in its roots: in effect, filtering water. An alternative cleaner and cheaper process for metal ion removal from water is the use of compounds called chelators. These are chemicals that bind to the metal ions which can then be removed through chemical and physical separation, yielding clean water. However, compounds that are routinely used as heavy-metal chelators are non-biological and, therefore, not biodegradable. This is where compounds present in plants are helpful.

Finding green solutions to make water potable will not only help the environment, but also human health.

Flavonoids
Plant flavonoids give colour and aroma to flowers and fruits, thereby facilitating pollination and seed dispersal by attracting animals. In addition to attracting beneficial organisms, plants produce flavonoids to ward off unwanted visitors, such as pests and pathogens. These secondary metabolites also help plants tolerate environmental stresses such as extreme temperature, drought, or salinity. Without these phytochemicals, plants would not be able to protect themselves.

The chemical structure of flavonoid molecules allows them to chelate (bind to) heavy-metal ions, thereby changing the form of the metal so it is no longer toxic. This allows metal-hyperaccumulating plants to survive. However, not all plants are metal-hyperaccumulators, so using the flavonoid compounds rather than the plant itself as a source of heavy metal chelators, is an environmentally friendly approach to clean up toxic pollutants.

Screening for a sticky solution
South Africa is a country with a huge diversity of plants: nearly 9,000 plant species are found in the Western Cape, of which 70% are not found elsewhere on Earth. Pollution of water by heavy metals is particularly problematic in South Africa where mining is intense. Therefore, cleaning up this water to make it safe is a priority.

Luckay, together with his colleague, Hussein, have been funded by Stellenbosch University and the National Research Foundation of South Africa to search for native South African plants that could be useful for phytoremediation. With the knowledge that some plants are better at accumulating heavy metals than others, the team screened 12 native plants, both medicinal and non-medicinal, including the popular honeybush tea and rooibos tea, for metal-ion binding activity.

To start, the researchers obtained crude extracts from the chosen plants and tested them to remove heavy-metal ions from a cocktail solution containing iron, nickel, lead, copper, cobalt, manganese, cadmium, and zinc in equal concentrations. The researchers found that iron was removed the most, followed by lead and then copper, by extracts from all plants. The other five metals were hardly removed by crude extracts. The varying chemical nature of each heavy-metal ion allowed preferential binding to the crude plant extracts. By diluting the concentration of iron and lead ten-fold in the cocktail, the authors still found selective extraction of these two heavy-metal ions. Interestingly, they showed that the degree of acidity of the solution affected the efficiency of metal extraction. Having established that the plant crude extracts could separate certain heavy metals from a cocktail mixture, the team then went on to identify specific compounds present in these extracts that act as chelators.

Collating chelators
Knowing that phenolics such as flavonoids can chelate heavy metals, the authors identified phenolics from the crude mixtures using a technique called liquid chromatography-tandem mass spectrometry (LC-MS/MS). This is a complex technique that involves separation and identification of molecules from a complex mixture. Liquid chromatography (LC) involves passing a liquid with the unknown compound over a stationary column that separates molecules either by size, charge, or affinity towards specific compounds. Using a molecular sieve in this manner, compounds separated from a crude mixture are then fed into a mass spectrometer (MS). The molecules separated by LC are first ionised (atom becomes positively or negatively charged) and then passed through a series of magnets to separate them according to their mass to charge ratio. The ions are then detected based on their charge, to produce a mass spectrum as output. In tandem MS, multiple ionisation events occur, increasing the sensitivity of detection of specific ions generated from a molecule. In this manner, the output is compared against a database of known mass spectra, to result in the identification of the unknown compounds.

Luckay and his team performed LC-MS/MS to separate crude plant extracts, and identified phenolics from this mixture. Amongst the compounds identified, flavonoids such as quercetin and morin were identified in abundance. Quercetin was commonly found across all the plant species tested, suggesting that its chemical properties offer the ability to bind to heavy metals. The team is currently studying the heavy-metal-binding properties of pure quercetin.

Looking forward: green chelation
Luckay and Hussein’s study shows that crude plant extracts from all the studied plants are sufficient to extract heavy metals. Identification of green chelators of heavy metals provides a novel target to clean contaminated water, and scaling up these methods will be hugely beneficial. Such simple, green alternatives to tackle water pollution will be a small step towards a cleaner, healthier planet.

Has this process been tested on heavy metal-contaminated waters from the environment, and if so, what can you tell us about your findings?

This process has not yet been tested on environmental samples, but this is something on our to-do list. We would preferably look for samples high in iron, lead and copper concentrations since these crude phytochemicals work best with these metal ions.

If the process was scaled up, which would be most economical process that also yields better purification – using crude extracts or pure flavonoids? 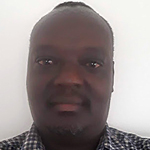 Hillary K Tanui is a PhD candidate in the Department of Chemistry and Polymer Science at Stellenbosch University. He holds an MSc in organic chemistry and a BSc(Hon) in chemistry. His interest is coordination chemistry and phytochemistry targeting chemical remediation of water. His recent work has appeared in international peer reviewed journals.

Dr Robert Luckay heads the Hydrometallurgy research group at Stellenbosch University. His research interests include the separation of PGMs and base metal ions. This has important applications in the mining industry, and also for ‘urban mining’, which involves recycling metal ions. One side project involves ascertaining which metal ions are selectively extracted by phytochemicals.

Professor Ahmed Hussein is group leader of a natural products group and a professor of organic chemistry in the Department of Chemistry at CPUT, Cape Town, South Africa. His research interests cover both natural products chemistry aspects and green nanotechnology. His main research focus is understanding the chemical and physical interaction(s) of different natural capping agents at the interface of metal nanoparticles. The group also unlocks the potential of Cape flora for new and potent natural bioactive compounds with health benefits.

Dr Luckay’s research explores the use of plant flavonoids for removing heavy metals from contaminated wastewater.