Elevated concentrations of heavy metals at polluted sites represent serious human health hazards and environmental threats. Persistent metal pollution is hard to remedy but one possible and effective method is phytoremediation, using plants to stabilise the metal pollution and ameliorate the contaminated soil properties. Across 20 years of research, Drs Madeleine Günthardt-Goerg and Pierre Vollenweider of the Swiss Federal Institute for Forest, Snow and Landscape Research WSL – together with Professor Dr Rainer Schulin of the Swiss Federal Institute of Technology Zürich – have improved current mechanistic understanding of phytoremediation potential using native trees and mixed afforestation. Their insights can help decision-makers find solutions that are economically beneficial as well as environmentally and socially sustainable.

Soil pollution with heavy metals like zinc (Zn), copper (Cu), lead (Pb), and cadmium (Cd) is frequent in industrialised countries and generally results from craft or industrial activities, waste in landfill, or accidents involving hazardous materials. Hence, metal pollution is also a legacy of neglect and poor environmental regulations, partly going back to the advent of the industrial revolution. Metal pollution hinders food crop production and other essential environmental services at brownfield as well as greenfield sites. By leaching to groundwater or entering the food chain, metal pollution also poses a threat to surrounding areas and key resources for local communities.

In metal polluted sites, the pollution depth depends on the site characteristics and land use. Topsoil pollution is very frequent, especially in the case of atmospheric deposition or aboveground activities. Remediating sites with persistent metal contaminants can require expensive and technically demanding in- or off-site treatment. Still, it is estimated that up to 20% of European polluted sites could be cured using phytoremediation. This method uses green plants, including trees, and is a cost-effective, socially, and environmentally friendly solution.

But the answer is not as simple as planting a few trees. Over the last two decades, Drs Madeleine Günthardt-Goerg and Pierre Vollenweider of the Swiss Federal Institute for Forest, Snow and Landscape Research WSL have developed extensive mechanistic understanding of how different species of trees and herbs take up heavy metals and accumulate them in different plant parts and how this affects plant physiology and growth across different time scales.

In a series of studies, Günthardt-Goerg and Vollenweider looked at the allocation and cellular- to whole-plant effects of heavy metals such as Zn, Cu, Pb, and Cd in different species of tree and understorey (ground vegetation in forests) plants. The findings have cast light on the varying accumulation of absorbed metal contaminants in plant organs, depending on the soil type, metal species, and in interaction with physiological processes specific to the affected plant.

Trees and other plants can stabilise metal pollutants in moderately contaminated sites, while providing biomaterials and valuable ecosystem services.

Past and current work has revealed a close relationship between the heavy metal stress effects in leaves and foliage and the accumulation of contaminants within stress-sensitive compartments, at cellular and subcellular level. Trials with nature-like afforestations have shown how some metal-tolerant plants shift the allocation of contaminants to less stress-prone cell organelles or plant tissues and gain tolerance through these adaptations. Metal tolerance can be monitored using visible injury in foliage, and the researchers have established cause–effect relationships between the symptom morphology and the underlying cellular disorders. Low-cost survey and biomonitoring tools for visible leaf symptoms could thus offer interesting potential for field applications.

The performed research has demonstrated that conifers and deciduous trees accumulate heavy metals in different ways. For example, there was more Zn accumulation in the leaves than in the wood and roots of tested deciduous trees (willows, poplars, and birches), whereas in conifers (spruce) the root compartment showed the highest Zn concentrations. Generally, considering the soil-to-shoot transfer of contaminants, deciduous trees were found to be more efficient than conifers or understorey plants.

It’s not just the concentration of absorbed metal pollutants within plant organs that matters but also the amounts extracted in the different plant parts. Plant biomass production under metal stress then plays a fundamental role. The researchers analysed the surface-based yield of heavy metal removal by experimental afforestations and compared the contribution of different plant types and organs. After four years of treatment, the biomass production of some tree species on metal-contaminated soil had been reduced by around 20%, in contrast to that of certain understorey plants, some of which had increased by 15%. Such moderate impact on plant growth may relate to the preferential accumulation of contaminants in older and less productive foliage. However, the amounts extracted showed important differences between plant organs, species, and metal elements. Interesting with a view to some ecosystem services, the researchers observed that tree wood remained contamination-free. It was especially striking regarding conifers, in consequence of efficient metal immobilisation inside the root system.

The research team found that the soil type, as a key determinant of metal solubility and then availability for plant roots, has a significant influence on phytoremediation success. While the concentrations of heavy metals in leaves and wood were lower in deciduous trees growing on calcareous versus acidic subsoil, the surface-based metal extraction could be superior. This was especially the case for Zn and Cu contaminants, primarily because of the higher biomass production on nutrient-rich calcareous soils.

Four years of observations in these experimental afforestations have given the researchers preliminary insights on decontamination perspectives and proper use of this type of phytoremediation system. Extrapolations based on the metal extraction findings revealed that, in such contamination conditions (Zn/Cu/Pb/Cd of 3000/600/100/10 mg kg-1), site remediation would take up to 350 years for Zn, 30 years for Cu, and just one year for Cd, whereas Pb concentrations in the soil would remain unchanged. Such timescales clearly outline the high potential of afforestation to stabilise metal pollution but not to revert the site to pre-contamination conditions. Phytostabilisation can therefore be primarily considered in the case of metal-polluted land where neither the severity of the pollution nor the remediation costs justify expensive decontamination treatment.

The minor detrimental effects of heavy metal pollution on tree biomass and plant growth mean sites can be reclaimed by nature-like afforestation or native vegetation over long periods. During this time, forest cover brings precious co-benefits, preventing wind export of contaminated dust or leaching of heavy metals into aquifers. Because tree stems have low concentrations of pollutants, mostly in the outer tissues, uncontaminated products can be generated particularly from debarked wood. Market-ready lumber, fibre, or biomass production can then generate income, provided more contaminated plant parts are treated properly and there is minimal disturbance of the soil to avoid further spread of contamination. Forest cover is also a valuable carbon sink.

Useless from an economical point of view, understorey plants will develop in any afforestation system spontaneously. The foliage of pioneer plants can mobilise and export metals while a new forest is establishing, but sufficient shading under developing trees can encourage typical herbaceous forest species with shallow root systems to reduce interference with soil pollution. These species can then contribute to improving soil biodiversity and function, in interaction with the soil microbiome. Metal contaminants accumulated in foliage shed from trees and understorey plants are strongly bound and poorly bioavailable. As the researchers observed, with 0.01% of the total soil metal pollution allocated to this yearly litter, canopy forest litter can act as a transitory metal immobilisation pool.

It’s not just the concentration of absorbed metal pollutants within plant organs that matters but also the amounts extracted in the different plant parts.

Site decontamination and restoration programmes, together with different remediation trials, have been underway in industrialised countries since the end of the last century. Their high costs mean the most dangerous sites have been prioritised, so highly contaminated sites with little confinement or access restrictions are not rare, particularly in regions with a long industrial history. If these are reclaimed by natural vegetation, which may not always include the best-suited species, this can conceal the potential dangers of the site.

The success of a phytostabilisation project using afforestation depends on careful planning and plant material selection, especially if well-identified ecosystem services are targeted. Afforestation management of such sites, rather than simply relying on natural succession, can accelerate the revegetation process and production goals. Frequently, metal-polluted sites present harsh site conditions. Good understanding of the soil characteristics is a prerequisite, with a view to determining realistic ecosystem-service objectives and timescales and optimising reclamation costs. As well as selecting tolerant and site-adapted species, the improvement of defective soil properties – themselves highly spatially variable – can be crucially important. The afforestation plan can then include the simultaneous or delayed plantation of tree cohorts, including less metal-tolerant and/or more shade-tolerant species, depending on whether the goal is valuable wood products and/or bio-energy products, for example.

With time, the new afforestation and reclaiming vegetation will also bring social benefits. Revegetated urban areas can promote healthier lifestyles and improve wellbeing immediately, making phytostabilisation solutions attractive to budget holders as well as local communities. And importantly, this approach can also help jurisdictions comply with decarbonisation or biodiversity-loss regulations. However, this also brings new management challenges to avoid direct human contact with soil contaminants; for example, some recreational harvesting activities, like picking mushrooms, can be risky whereas others (berries) will remain harmless.

Decades of fundamental research, species and provenance trials in controlled conditions or at metal-polluted sites, have considerably improved our understanding of the mechanisms and effects of heavy metal uptake in trees and plants. The currently available science can allow practitioners to develop original site-specific remediation solutions, enabling more efficient containment of contamination and improvement of soil properties. Such progress brings new perspectives, with a view to developing valuable products and ecosystem services, reintegrating sites contaminated with persistent pollutants into the productive economic cycle.

What are the next steps for your future research on environmental contamination? Will you be looking at other stress factors?


Our research on heavy metal contamination is part of a larger research effort on abiotic stress and its effects in native tree and herbaceous plant species. Other soil-borne (eg, de-icing salt, drought) and air-borne (ozone, low or high air temperature) stressors have also been under investigation and the plant responses compared. A forthcoming publication will deal with root cells and tissues and the interactions with adhering soil particles under metal contamination. Further mechanistic work on tolerance conferred by safer contaminant allocation is in preparation. Major research topics include natural or urban ecosystem stress and acclimation responses to ongoing climate change.
Phytoremediation: Using native vegetation to stabilise heavy metal contaminants at polluted sites was last modified: December 16th, 2022 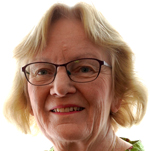 Dr Madeleine Günthardt-Goerg and Dr Pierre Vollenweider are both senior researchers at the Swiss Federal Institute for Forest, Snow and Landscape Research WSL (Forest Dynamics Research Unit). Günthardt-Goerg received her PhD in biology (botany, zoology, chemistry, and mathematics) from the University of Zürich. Vollenweider holds a doctorate in natural sciences from the University of Lausanne (plant anatomy and forest ecology). 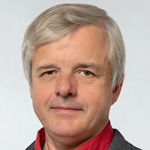 Madeleine Günthardt-Goerg and Pierre Vollenweider are researching how the properties of trees can be used to develop sustainable management strategies to phyto-stabilise contamination at metal-polluted sites. 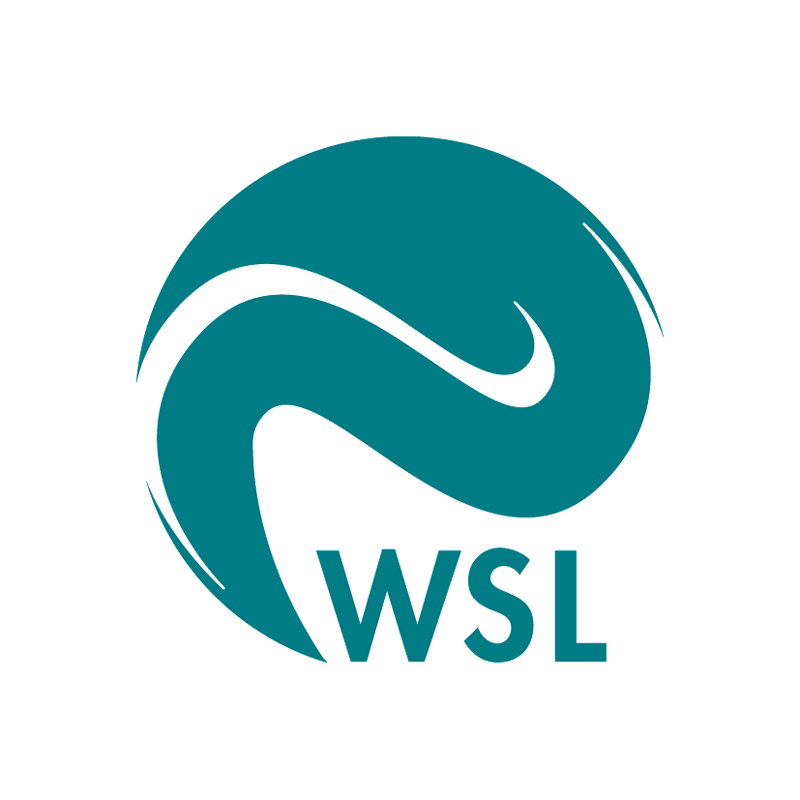 A novel method shaping the future of oral hygiene
Health & Medicine
Read This Article
Soil and groundwater contamination: An old and new issue needs to be solved
Earth & Environment
Read This Article