Health & Medicine
About 10% of all males in the United States who are attempting to conceive suffer from infertility. Dr Rajakumar Anbazhagan, Dr Maria L. Dufau and Dr Kavarthapu Raghuveer from the National Institutes of Health, USA, aim to understand the biochemical pathways behind male factor infertility to devise a better strategy to address the issue effectively. The researchers identified a protein known as gonadotropin-regulated testicular RNA helicase (GRTH), which plays a fundamental role in the maturation of sperm cells.

More than 5 million couples in the US alone have trouble conceiving. Male factor infertility occurs in about 30-40% of all infertility cases. There are many causes contributing to male infertility: the sperm produced by infertile men may be immature, abnormally shaped, or unable to move through fluid media. In some cases, there is not enough sperm or no sperm at all. Dr Rajakumar Anbazhagan, Dr Maria L. Dufau and Dr Kavarthapu Raghuveer from the National Institutes of Health, USA, study the complex and highly specialised differentiation program known as spermatogenesis, during which progenitor cells undergo a series of cellular reorganisation events that lead to the production of mature sperm cells.

The researchers’ laboratory was the first to identify a protein known as gonadotropin-regulated testicular RNA helicase (GRTH), which carries messenger RNA (mRNA) from the nucleus to the cytoplasm of germ cells, the progenitors of mature sperm cell. The mRNAs of germ cell genes are temporarily stored in chromatoid bodies (CB), organelles without a membrane that are found around the nucleus. During different stages of sperm formation, these mRNAs undergo translation (protein synthesis) resulting in functional sperm. The team aims to better understand the essential role played by GRTH and its interaction with CBs in the process of spermatogenesis.

The roles of GRTH and the chromatoid bodies in spermatogenesis
Germ cells contain two different forms of GRTH: a smaller, non-phosphorylated form and the bigger, phosphorylated version, known as phospho-GRTH. Previous work from Dr Dufau’s laboratory has shown that 5.8% of a population of infertile men have a specific mutation in the gene expressing GRTH. The researchers conducted follow-up studies in cell lines and in vivo studies in mice, showing that the genetic mutation known as R242H leads to the loss of phospho-GRTH, leaving the levels of non-phosphorylated GRTH unchanged. In further studies published in 2019, transgenic (i.e., genetically modified) mice containing the R242H mutation were characterised by the absence of phospho-GRTH, which resulted in sterility and a marked reduction of testis size when compared to non-transgenic, wild-type mice. Furthermore, the study shows that the sterility was caused by halted spermatogenesis and by azoospermia, the loss of viable sperm in the semen.

To better understand the mechanisms that regulate spermatogenesis, it is vital to know what CBs are and how they handle the processing of mRNA. CBs are membrane-less ribonucleoprotein (RNP) organelles that dynamically sequester messenger ribonucleoprotein particles (mRNPs) – mRNA bound to proteins – into compartments that are distinct from the surrounding cytoplasm. They function similarly to processing bodies (P-bodies) and stress granules of somatic cells. CBs primarily contain members of the small interfering RNA (siRNA), microRNA (miRNA) and other proteins involved in the RNA processing of male germ cells. The small RNAs such as miRNA and siRNA play important roles during the post-transcriptional stage. They control the stability of mRNA by binding to target messenger RNAs, ensuing mRNA degradation or translation inhibition. The miRNAs are expressed in a cell-specific manner during spermatogenesis to participate in the control of each step of male germ cell differentiation. miRNA silencing of chromatin remodelers proteins in round spermatids is essential for their timely translation at later times of spermiogenesis, the last step of spermatogenesis, which is critical for functional sperm formation. CBs temporarily store mRNAs, which are transported from the nucleus by GRTH. Eventually, each CB splits into two different structures: one gets discarded and the other forms a ring around the base of the flagellum of the mature sperm cell. In the 2019 & 2020 study, Dr Anbazhagan, Dr Dufau and Dr Kavarthapu showed that phospho-GRTH is absent in the CBs of transgenic mice, unlike the non-phosphorylated version of the protein, which is unaffected. The research team also showed a marked reduction in the size of CBs in the round spermatids and loss of essential mRNAs in the CBs.

Phospho-GRTH regulates the structural and functional integrity of CBs
In 2020, the Dufau laboratory investigated the genetic profiles of CB in the presence and absence of phospho-GRTH, to shed light on the biochemical pathways that are essential for the progression and completion of spermatogenesis. The study confirmed once again that transgenic mice with the R242H mutation lack the phosphorylated form of the GRTH protein. Furthermore, the absence of phospho-GRTH had a direct impact on the structure of CBs.

The team’s findings demonstrate the importance of phospho-GRTH inside CB and its role in storage and stability of germ cell-specific mRNAs during healthy sperm formation.

Overall, the team’s findings demonstrate the relevance of phospho-GRTH in the maintenance of the structure of the CB and its role in storage and stability of germ cell-specific mRNAs during spermiogenesis. Due to the loss of essential proteins involved in the chromatin compaction and remodelling, the final stages of spermatogenesis are affected, resulting in halted spermatogenesis. These processes highlight the importance of phospho-GRTH in the final stages of maturation of sperm cells and fertility.

One of the main findings of the lab’s recent studies was that the loss of phospho-GRTH in GRTH-Knock-In transgenic mice resulted in sterility with the total lack of sperm and elongated spermatids. They found a marked reduction in several germ cell specific gene transcripts in the CBs of the transgenic mice. The researchers argued that this decrease in germ cell mRNAs likely results from mRNA degradation due to the absence of phospho-GRTH in CB. The altered sequence of molecular events eventually leads to the failure of chromatin remodelling, which is needed for the correct chromosomal organisation of mature sperm cells. Thus, the studies provide convincing evidence that the lack of phospho-GRTH is the main cause of the arrest in spermatogenesis.

The studies provide convincing evidence that the lack of
phospho-GRTH is the main cause of the arrest in spermatogenesis.

Phospho-GRTH is essential for spermatid development and completion of spermiogenesis
The 2020 study highlights the essential role played by phosphorylated GRTH in the post-translational histone modification during spermiogenesis. Histones such as H2A, H2B, H3, and H4 are proteins involved in the correct packaging and assembly of genetic material. The absence of phospho-GRTH impairs the enzymatic ubiquitination and acetylation of histones, probably because of a considerable reduction in the ubiquitination-related genes in the CBs of transgenic mice. In addition, there is a complete loss of TP2 and PRM2 proteins. These chromatin remodelling proteins play a crucial role in hyperchromatin condensation and reshaping the nucleus of elongating and condensing spermatids. The disruption of these processes results in the complete impairment of spermatid development in transgenic mice lacking phospho-GRTH, which causes them to be sterile. The findings led the researchers to formulate the hypothesis that the phosphorylation of GRTH might act as a switch for spermatogenesis. Importantly, this could be used in the development of non-hormonal male contraceptives.

The studies carried out by Dr Anbazhagan, Dr Raghuveer and Dr Dufau provided first evidence of cell-specific regulation of GRTH and the associated mRNA storage in CBs, resulting in functional sperm production and fertility.

What are the next steps of your Group’s research?

We are investigating the small RNA profiles of chromatoid bodies and their involvement in mRNA regulation during later stages of healthy sperm formation. Initial results are very promising.

We will also delineate the functions of different markers and molecular changes occurring at various stages of germ cells (sperm) development and using single-cell RNA-seq analysis.

In addition, we are studying post-transcriptional and translational control of germ cell specific gene occurring at CBs. mRNA transport from CBs to cytoplasm for translation (protein synthesis) is providing vital clues in spermiogenesis events and molecular changes occurring in infertility.

Dr Rajakumar Anbazhagan is a visiting fellow at the Section of Endocrinology Laboratory of NICHD, NIH. He holds an MSc (Biochemistry & Molecular Biology) and PhD in Animal Sciences (Molecular Endocrinology). Dr Anbazhagan’s expertise includes transcriptional/promoter regulation of gene expression, epigenetics, and NGS analysis. Current research is focused on post-transcriptional control (mRNA and small RNAs) and the role of chromatoid bodies (similar to P-bodies) during spermiogenesis. 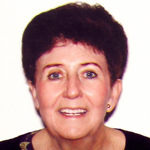 Dr Maria L. Dufau, MD, PhD, heads the Section on Molecular Endocrinology, within the Program in Developmental Endocrinology and Genetics, NICHD. She directs a multidisciplinary research program on the regulation of gonadotropin and prolactin receptors gene transcription, and gonadotropin-regulated genes in the control of spermatogenesis and Leydig cell function. Dr Dufau has more than 350 highly cited publications in different areas of molecular endocrinology. 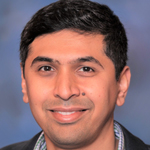 Dr Kavarthapu Raghuveer is a Staff Scientist at the Section of Endocrinology Laboratory. He holds an MSc and PhD in Animal Biotechnology. He has work experience in multidisciplinary areas of endocrine-related breast cancer, prolactin gene regulation, and spermatogenesis. His current research is focused on single-cell RNA-seq analysis of germ cells to study DDX25 role in spermatogenesis.