Soybean (Glycine max) is a species of legume native to East Asia that is grown for its edible bean, a valuable source of protein and oil for humans and livestock. Soybean was probably first cultivated in Canada in the mid-1800s and is now the third most important crop there, after wheat and canola, with the potential to expand into still more regions of the country.

For this to happen, high-yielding, short-season varieties that are adapted to Canadian growing conditions are needed. In addition, growers unfamiliar with the crop must be convinced of its practical and economic viability. They should also be equipped to respond rapidly and appropriately to the main diseases of soybean in the region, and to a changing climate.

An advantage of soybean is that it does not require supplemental nitrogen, an environmentally costly fertilizer. Indeed, soybean can fix atmospheric nitrogen through its symbiotic relationship with Bradyrhizobium bacteria. However, to reduce the use of pesticides and avoid yield losses, plants with resistance to pests and diseases are essential.

Canadian summers are short, so soybean varieties must reach maturity and produce seed quickly. Since soybean varieties differ in maturation times, understanding the genetic basis of early maturity (and its relationship to yield) is important. Advances in genomics, especially sequencing technologies, now make it possible to obtain and apply such genetic information.

Soybean breeders can make use of genomics-assisted breeding methods to rapidly select improved crosses or varieties. It is possible to identify genetic markers for key aspects of plant growth, such as the time needed to reach maturity and resistance to diseases, and also to determine which gene combinations yield best under different agro-environmental conditions.

Using next-generation sequencing technologies, researchers can systematically detect genetic diversity and structural variants in soybean that will then help them to investigate the associations between phenotype (observable plant characteristics such as morphology and chemical composition) and genotype (the genetic makeup of different soybean varieties).

As part of the SoyaGen project, a large representative sample of regionally relevant, short-season soybean accessions (groups of plant material) has been sequenced. Advanced analysis pipelines (prescribed sets of processing steps needed to transform raw genetic sequencing data into something interpretable) have been developed to produce a catalogue of Canadian soybean variants.

Using genetic markers to screen breeding materials for traits of interest (i.e., “genotyping”) is much more efficient than growing plants and then testing them for those traits. SoyaGen has also transferred its genetic characterisation methods to a genotyping service that is available to anyone from the private or public sector who wants to have a particular soybean line characterised.

Genomic selection tools for soybean
The development of an affordable and efficient genotyping platform to capture the genetic diversity of soybeans in information databases will make it possible to select plants that are adapted to the particular agro-environmental conditions of growers in Canada, and that also have desirable traits including early maturity and disease resistance.

In addition to identifying the genes and DNA markers that control soybean maturity, the researchers are looking at how those genes act when the crop is grown in different locations. They have crossed lines containing different combinations of genes for maturity that are being tested at sites across Canada to understand how such “maturity packages” perform in different sites. This will allow breeders to know which combination of genes works best where.

Using genomic selection to examine the many DNA markers in all their lines, SoyaGen researchers are also assessing traits such as seed protein content, oil content, height and other associated qualities that soybean breeders use to make predictions about the success of a plant line. Genomic selection could be particularly promising for complex traits like yield.

Plant breeders can send soybean samples to SoyaGen’s genotyping platform and in a few weeks receive information to help them choose the most appropriate and promising soybean lines to work with. Instead of relying on trial and error to determine the most promising crosses, it can help achieve a more effective and cost-efficient process. As a result, genomic selection tools for early maturity and disease resistance in soybean are already being successfully integrated into Canadian plant breeding programmes.

However, in the case of PRR and SCN, the resistance genes used need to be specific to the race or strain in a particular area. In other words, without complete information on the considerable genetic diversity of PRR and SCN and their predominance in a given area, breeders and growers cannot choose or develop the correct resistant soybean plants. This is why SoyaGen has been developing diagnostic molecular tools to enable accurate characterisation of PRR and SCN strains in Canadian soybean fields: knowing your enemy means you can better prepare your defence.

Systematic sampling of soybean growing areas in Canada, and disease diagnostic tools, are being used to map the distribution of PRR. This will alert growers to the presence of the pathogen and guide breeders in producing varieties resistant to it. It will also provide a reference of Canadian PRR races to help soybean breeders and growers to adapt if and when PRR evolves.

So, breeders will be able to make specific recommendations of resistant soybean varieties by knowing the strains present in growers’ fields. If a grower has problems with PRR or SCN, they will be able to send a soil sample to the diagnostic laboratory to obtain rapid and accurate diagnosis of the strain they have. In following years, they can then plant varieties with the relevant resistance.

A genotyping service is available to anyone who wants to have a particular soybean line characterised.

Unlike with PRR and SCN, there are no races of SSR and therefore no race-specific resistance genes in soybean to make use of. The development of soybean varieties resistant to SSR has previously been set back by a limited understanding of plant genes contributing to that resistance. Advances have been made in identifying genes that are more highly expressed (or “active”) in partially resistant relative to highly susceptible varieties. This improved knowledge of genes contributing to resistance will help develop improved varieties.

Commercial application of soybean genetics
Although varietal improvement and disease resistance of soybean are important, effective policies and institutions are also needed to maximise research innovation. Canada rates highly in research results but ultimately it is the commercial use of genomics-derived advances in soybean genetics that will enable the expansion of soybean in the country.

Growers must be able to assess the information available and have confidence that soybean can be profitably incorporated into wheat-canola rotations on their farms. Identifying factors that could increase grower adoption of soybean, such as useful information, long-term research funding, and crop transportation and handling systems, is also critical to expanding this crop.

The SoyaGen project has some ambitious research objectives and deliverables, as outlined in this article. By engaging growers, agronomic consultants and public extension specialists in the research process, and in the design of extension tools, the hope is that knowledge gaps can now be addressed and that this will speed up grower adoption of the versatile soybean.

What do you think the greatest challenge is in your work?

<> Richard Bélanger: The greatest challenge in this kind of applied project is to conceive the exploitation of the most sophisticated scientific tools, and translate their use, or results derived from it, into technologies that can impact society. It is important to keep in mind that our research is for the most part funded by public money, and that technological transfer remains the best vehicle to justify
its investment.

What element of your work gives you most satisfaction?

<>François Belzile: The element of my work that brings me the greatest satisfaction is the mentorship, where you see your students grow and become autonomous young researchers. It’s a bit like watching a beautiful butterfly emerge from its cocoon. 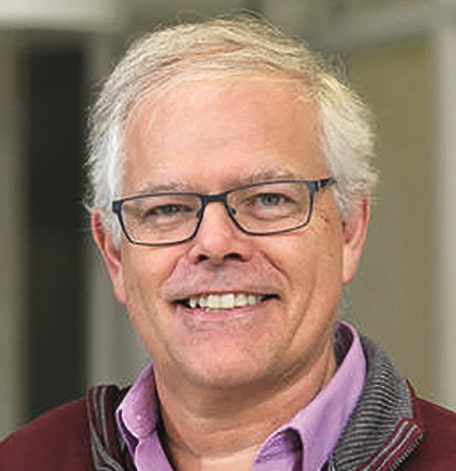 I am dedicated to using my knowledge of crop genomics to develop novel approaches in plant breeding and crop development. I aim to act as a bridge between basic plant science and biotechnology for the development of new and improved crop varieties. 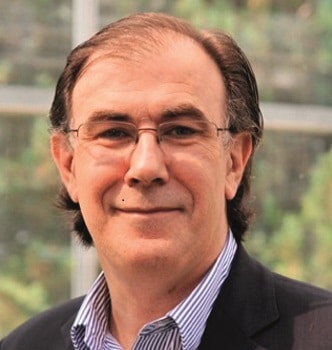 Our research group concentrates its efforts on developing non-chemical and biological ways to control fungal diseases on field crops. Our team has always worked closely with government authorities, the private sector and several other research groups to study and commercialize new environmentally-friendly control tools.

SoyaGen is a research project to examine and improve the viability of soya as a crop in Canada.