Earth & Environment
The Mekong River Delta in Vietnam accounts for over half of the country’s domestic rice production yet is increasingly affected by climate change. Mr Le Thanh Tung, Mr Bui Tan Yen and Mr Nguyen Hong Son from the Ministry of Agriculture and Rural Development have jointly worked with the CGIAR Research Program on Climate Change, Agriculture and Food Security in Southeast Asia to develop an approach known as CS-MAP, a participatory approach of climate risk mapping, which provides farmers with adaptation options.

The Mekong River Delta (MRD) in Vietnam is known as the country’s ‘rice basket’, accounting for over half of the country’s domestic rice production, and 90% of the country’s rice exports. The rice production system plays a significant role in Asian food security. However, as a result of climate change, this system is increasingly under threat from salinity intrusion (when saltwater infiltrates sources of freshwater) as a result of sea level rise and decline of the Mekong River’s flow, and increased unusual flood events. By 2100, up to 40% of the MRD could be flooded. It is of increasing importance that ways to mitigate climate change are found.

While some solutions have been introduced to combat these issues, to ensure sustainable rice production, most of these have been focused on either improving infrastructure (such as irrigation canals) or facilitating market opportunities. Few have actually been focused on measures to increase long-term resilience to climate change, such as shifting the cropping calendar, or using risk-tolerant crop varieties; solutions which are actually practical for rice farmers to implement.

This is where the work of Mr Le Thanh Tung, Mr Bui Tan Yen, Mr Nguyen Hong Son and others comes in to play. These researchers were part of a coordinated field assessment in the MRD that occurred at the request of the Vietnamese government after the severe drought and salinity intrusion in the dry season of 2015-2016. This assessment was carried out by the CGIAR Research Program on Climate Change, Agriculture and Food Security in Southeast Asia (CCAFS-SEA) and the Department of Crop Production, Ministry of Agriculture and Rural Development (MARD). The findings of the assessment were clear and indicated that there was a lack of coordination among relevant organisations in providing warnings concerning possible risks as a result of changes in climate, and that these warnings, when given, were not translated into necessary and practical advice. The assessment highlighted the need for approaches that directly translate warnings into effective and feasible adaptive actions.

With over 50 years of combined experience working in crop production, agriculture and rural development, natural resource management and climate change, Mr Le Thanh Tung, Mr Bui Tan Yen and Mr Nguyen Hong Son were well placed to address these issues, and have been integral in the introduction of a particular approach that has increased the MRD’s resilience to climate change.

The CS-MAP process
This particular approach is the development of climate-risk related maps and adaptation plans (CS-MAP). Following the 2016 assessment, CCAFS-SEA partnered with MARD to develop the CS-MAP process. While this process may sound complex, at its most basic, it is a way of combining local and expert knowledge in order to successfully mitigate the impacts of climate change on agriculture. At its core, the CS-MAP process creates maps and resultant advice through a participatory approach that engages experts from various local and national offices, as well as locals with expert knowledge of how their crops react to certain situations. Both these groups identify problems and then explore appropriate solutions that are tailored to local areas that are affected by the problems caused by climate change.

The CS-MAP process is a way of combining local and expert knowledge in order to successfully mitigate the impacts of climate change on agriculture.

Previous efforts that used climate modelling to predict the effects of drought, flooding or salinisation have typically not been detailed enough for implementation at the provincial level, something that makes the CS-MAP unique. Previous efforts often ignored the fact that adaptation to climate change is a complex process; the CS-MAP considers local specific conditions and manages the conflicts in land and water management in different provinces.

There are five key steps to developing these maps and the resulting practical actions. These are: first, identifying risks that changes in climate may cause; second, working out which areas will be affected as a result of these using climate modelling; third, proposing plans to combat these risks; fourth, fine tuning these proposed plans; and lastly developing provincial and regional adaptation plans that work with one another across a larger area. Integrating both expert scientific and local knowledge is critical in managing climatic challenges. Participatory mapping approaches are increasingly being used as a way to engage stakeholders in environmental and resource management. They are successful because they integrate stakeholder knowledge and preferences.

Putting the CS-MAP process into action
The CS-MAP approach was piloted in early October 2016 at four administrative levels: province (Bac Lieu), district (Vinh Loi), commune (Chau Thoi), and village (Tra Hat) of Bac Lieu province, in the MRD of Vietnam, and later a standardised version of the process was developed for all 13 MRD provinces. Using a process of open dialogue with key stakeholders such as provincial Department of Agriculture and Rural Development, maps of climate risks were created and adaptive interventions were developed. For example, as a result of the participatory approach, and subsequent risk mapping, some regions made the decision to replace rice in the high-risk seasons (when drought is predicted) with cash crops.

In the MRD, agricultural production throughout the different areas is linked as a result of land use decisions, water sharing schemes, and farming practices. For example, the water holding strategy of upstream provinces may lead to water shortages in downstream regions. The inter-linkages are often ignored in studies that focus on single provinces. What sets the CS-MAP approach apart is the regional context of the process; maps and plans are combined to present the regional picture. For example, several maps have been merged into a salinity intrusion risk map and flooding risk map of the whole MRD region, making decision-making processes easier.

Participatory mapping approaches are increasingly being used as a way to engage stakeholders in environmental and resource management.

There have been significant successes to using the CS-MAP outputs. Maps created by the participatory approach, and the associated proposed adaptations, are considered successful in creating climate-smart information that is integral to developing medium and long-term agricultural land use plans, for both individual provinces as well as the whole MRD. For example, in 2018 the CS-MAP outputs were used to respond to an El Niño event (a climatic event that can cause significant drought in Vietnam), and as a result, the MARD issued a directive to adjust the planting calendar. This resulted in increased early planting in areas, and a reduction in later planting, enabling farmers to avoid the adverse effects of salinity intrusion common during the Winter-Spring rice planting season and aggravated by the El Niño event. 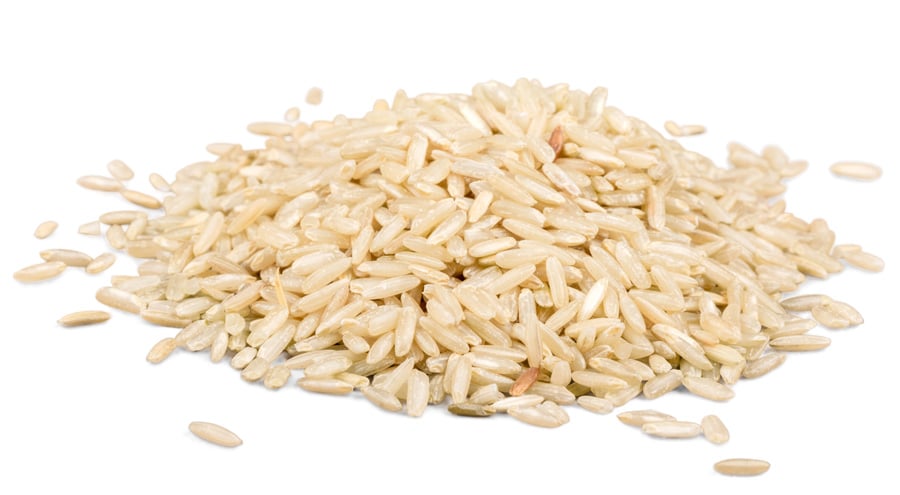 Conclusion
The CS-MAP approach is now under various stages of development and implementation in 13 MRD provinces, highlighting the organisational uptake and integration of the approach. It is unique in the fact that it not only works at local levels but combines stakeholder knowledge and a participatory approach to create webs of knowledge and effective action across large regions, working at multiple scales. It enables provinces to conveniently develop their own adaptive plans, integrating science with local expert knowledge at a low cost.

Although progress is still to be made, specifically with integrating the knowledge of lower administrative levels (e.g., at the village level), the process as a whole has been well-received and has had successful results. Considering rice is an important export of Vietnam, it has been deemed a necessary process.

What makes the CS-MAP so interesting is its ability to be applied not just in the MRD of Vietnam. The CS-MAP process of participatory development of climate-related risk maps and associated adaptive plans has the potential to be applied to other crops, aquaculture and livestock, something that may be essential considering how climate is set to change in the future.

Do you see the CS-MAP approach being used in the future in other countries?

Given the increasing impacts of climate change, previous sustainable agricultural production of many countries is no longer secure and is under immediate threat. Not only Vietnam, many other countries in the world are facing increased climate-related risks such as droughts, floods and unusual climatic regimes. CS-MAP is an approach to quickly capture local specific problems and then identify immediately doable solutions. Thus, there is a very high potential that CS-MAP will soon be adopted and adapted by other countries. 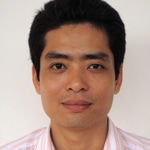 Dr Mr Bui Tan Yen is a researcher from the Soil and Fertilizer Research Institute of Vietnam. He has more than 20 years’ experience working on agriculture and rural development. He has contributed to a number of research areas: soil and fertiliser science, GIS application, computer-based modelling, land use planning, natural resource management and climate change. He got his PhD degree from Wageningen University, the Netherlands in 2013. 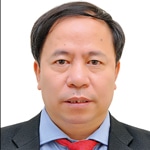 Mr Nguyen Hong Son is currently the President of the Vietnam Academy of Agricultural Sciences (VAAS). He has made great contributions to agricultural research of Vietnam as the Deputy Director General (DDG) of the Plant Protection Research Institute (2005 to 2008); Director General (DG) of the Institute of Agriculture Environment (2008-2014); DG of the Cuu Long Rice Research Institute (2015-2016); DG of Department of Crop Production under Ministry of Agriculture and Rural Development of Vietnam (2016-2018). Mr. Nguyen Hong Son got his PhD on Plant Protection in 2000. 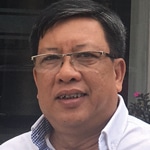 Mr Le Thanh Tung is Deputy Director General of the Department of Crop Production under Ministry of Agriculture and Rural Development of Vietnam. He has more than 30 years’ experience in crop production, rice-shrimp integrated system, and management and implementation of rice production in the Mekong River Delta.

This work was implemented as part of the CGIAR Research Program on Climate Change, Agriculture and Food Security (CCAFS), which is carried out with support from the CGIAR Donor Fund and through bilateral funding agreements. For details please visit https://ccafs.cgiar.org/donors.