Physical Sciences
The proton is the smallest particle known to science that can exist in isolation and has a size but, until now, the shape of the proton has been little more than a guessing game. Professor C.N. Papanicolas, Academician and President of the Cyprus Institute and his team have helped to change that—and provided us with a new understanding of this most important building block of our universe.

Much of the knowledge we take for granted today wasn’t always so obvious: the spherical earth, the heliocentric solar system and the atomic theory of matter are just a few examples. But our ancestors had a surprising insight into many of the questions at the forefront of science today. The Greek mathematician, Eratosthenes, calculated the circumference of our planet over 2,000 years ago (using nothing but the shadows cast by some sticks planted in the ground); while Copernicus, the German astronomer, observed the skies through a simple telescope—and almost perfectly predicted how the Sun sits at the centre of our solar system. The idea that matter is not continuous and infinitely divisible to smaller parts, on the other hand, was first proposed by the Greek philosopher Democritus, who lived from 470–380 B.C, and was the first person known to propose that matter is built up from small, indivisible pieces that he called atoms.

Although Democritus’ idea could not be tested during his lifetime, we now know that he was on the correct path. Matter is composed of atoms—but atoms themselves are composed of smaller, sub-atomic particles. These are the proton, neutron and electron that school children around the world are familiar with. The proton is the smallest known object in the universe with physical size (electrons, quarks are of very small but of unknown size) but what we didn’t know, until now, was whether the assumed spherical shape was the right one. In a number of international collaborative efforts, a group of researchers have been working to change that, for the last 30 years. 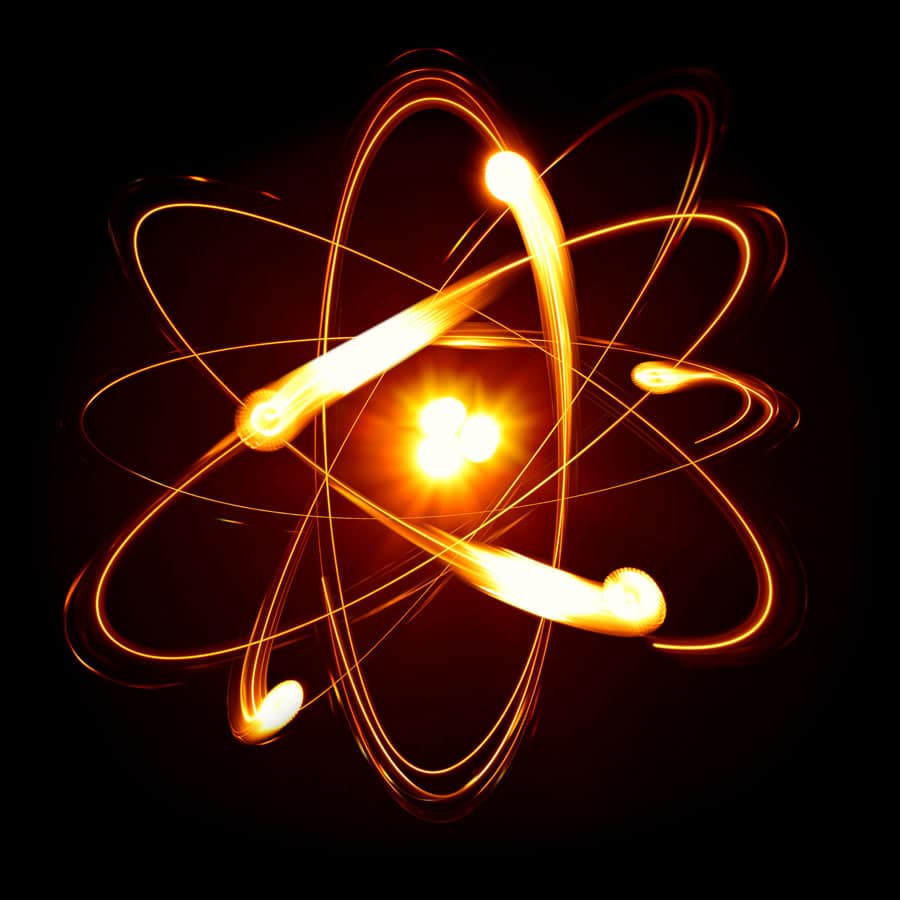 In pursuit of the proton
Arguably the most important particle in the universe, the proton, was discovered by Ernest Rutherford in 1917. Sitting within the nucleus of an atom, the proton is the most famous example of a group of sub-atomic particles known as hadrons. It counteracts the negative charge of the orbiting electron and keeps the entire atom neutral—the proton has a positive net charge. It is extremely small, measuring a million times smaller than the atom it belongs to, which means that it is impossible to image in any conventional sense. The task of finding out what it looks like is an extremely difficult one.

The proton is the smallest known object in the universe with physical size but what we didn’t know, until recently, was what physical shape the proton took. Surprisingly we now have unambiguous evidence that is not spherical.

Following a collaborative search that has lasted over thirty years and was borne out of state-of-the-art facilities around the world – including supercomputers, accelerator technology and cryogenics – scientists are beginning to have a detailed picture of the proton. And the results are surprising—it’s not spherical, it’s deformed. The tactic that Professor Papanicolas first proposed as a young scientist in 1987 to be used at the MIT electron accelerator in order to make this breakthrough discovery was to borrow from a tried and tested medical imaging technique. The most recent and most convincing to date findings were recently published in the European Physical Journal, utilising ultraprecise data form the MAMI accelerator at Mainz Germany.

Changing up the tools of the trade
The approach used to determine the hadron shape, whose internal dynamics are governed by Einstein’s Theory of Relativity and Quantum mechanics, is extremely complex and involves advanced mathematics. However, a simplified version of the detection technique can be found in the field of medical imaging. Professor Papanicolas explains: “The quest on how to measure the shape of such abysmally small object whose behaviour is governed by relativity and quantum mechanics is intriguing and very hard to explain in non-technical language and very complex concepts and mathematics. It can, however, be understood by drawing analogy to medical imaging.”

Positron Emission Tomography (PET) is often used to determine the shape and location of suspected tumours within the body. Patients are given a radioactive material, fluorodeoxyglucose (FDG), which is absorbed at a higher rate in cancerous cells than in healthy tissue. FDG emits particles called positrons and, by setting an array of detectors around the patient, doctors can measure the angular pattern and intensity of the emitted radiation. Using complex mathematics and complicated algorithms, the pattern can be used to reveal the location and shape of the source, or tumour, emitting the positrons.

This is known as the inverse problem and the same technique originally proposed by Professor Papanicolas and used ever since to determine the shape of the proton. Instead of using a radioactive source, however, the proton was ‘shaken’ with extremely precise radiation—around 10,000 times more energetic than the x-rays used in medical imaging—until it entered what physicists call an excited state. When a proton exits this state, it emits radiation just like the radioactive source used in PET imaging. Measuring the angle and intensity of the emitted radiation as the proton de excites, allowed Professor Papanicolas and his team to determine its shape—as the patterns they observed are distinct (but just barely) from the radiation patterns that a spherical proton would emit. This difference is the much sought “signature” of a non-spherical proton.

Our early universe and the shape of things to come
The shape of an object such as the proton is important because it reveals how its constituent parts interact. Protons, like other hadrons (e.g. the neutron or pion), are comprised of smaller particles called quarks and gluons. These particles have never been observed in isolation and determining how they interact when confined within hadrons has been difficult.

Using the results from their experiments, Professor Papanicolas and his team are able to test theoretical models that may help to explain the deformed shape of the proton as well as how quarks and gluons interact. For example, some theories suggest that quarks interact with one another in a similar way to bar magnets: the force they exert on each other is governed not only by how far apart they are, but also how they are orientate with respect to each other; and as a result they clump together in a non-spherical way.
This new information at how quarks and gluons interact can be used to help our understanding of the very early stages of our universe—up until a few milliseconds after the Big Bang took place. This period is known to scientists as the Quark Epoch as it is thought that the entire universe was in a quark-gluon plasma state: at a temperature of between 4 and 6 trillion degrees celsius (100,000 times hotter than the centre of the Sun) and understanding how particles interacted there, could help answer some of the fundamental questions about the building blocks of our physical world.

The new knowledge that is now emerging will help us to understand the very beginnings of our universe and provide us with a better grasp on the fundamental building blocks of our own existence.

In the future, the researchers hope to refine their experiments and provide more precise results which should lead to a tomographic map of the proton, or a 3D cross sectional image, and provide us with an even greater understanding of the dynamics of its constituent particles. As Professor Papanicolas explains: “More precise experiments are envisioned which lead to a “tomography of the proton” which will allow us to refine in our theoretical understanding will allow us to understand the quark-gluon dynamics that determine the shape of hardons and have governed the evolution of the universe.

When Democritus first proposed his atomic theory of matter, he did so as a philosopher, without any understanding of the scientific endeavour he was about to spark. The idea that matter is atomic (which literally translates to “indivisible” in Greek) in nature is something we now know to be true: matter is made of atoms, which themselves are comprised of protons, electrons and neutrons.

It wasn’t until precision experiments and analysis impossible without the use of supercomputers such as the one pursued by Professor Papanicolas and his team, however, we could begin to understand the physical shape of hadrons. The journey has taken hundreds of years due to the sheer complexity of the underlying mathematics and, until now, the lack of technological capability. It simply would not have been possible to get to this point without the painstaking experiments, using state of the art particle accelerators such as those at Mainz, Germany or Jefferson lab in the US and supercomputers, in collaborative projects that spanned the entire planet.

The new knowledge that is now emerging will help us to understand the very beginnings of our universe and provide us with a better grasp on the fundamental building blocks of our own existence. 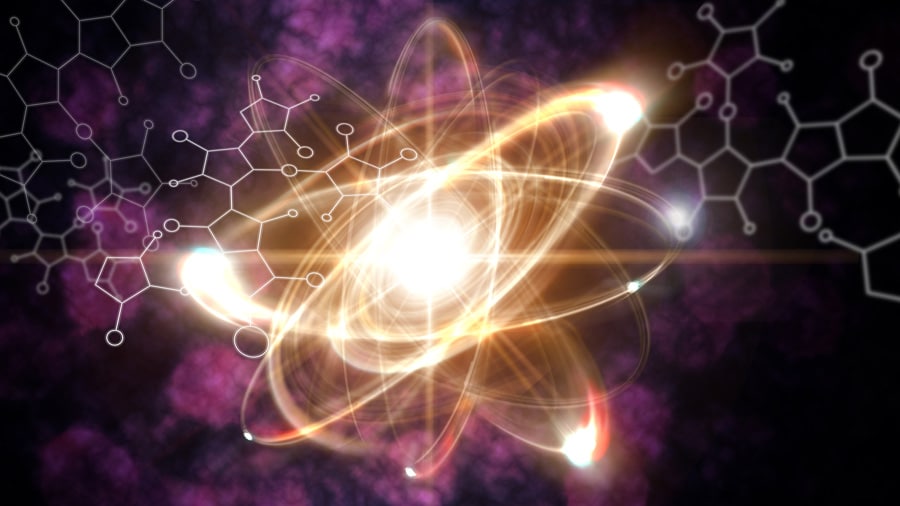 You have had a very distinguished research career. What first sparked your interest in nuclear physics?

<> As a high-school student, I remember my frustration for not getting a convincing answer to why I could not isolate from a bar magnet one of the poles (what we call a magnetic monopole). Later, at college (MIT) my physics teacher(s) answered in a more convincing way: “a good question, but we do not know the answer; it is such questions that research in fundamental physics is trying to answer.” I knew then that this is what I wanted to do as a career.

On Hadron Deformation Shaping our understanding of the proton was last modified: January 28th, 2020 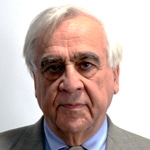 Professor C.N. Papanicolas an MIT trained (B.SC., Ph.D.) physicist at the President of the Cyprus Institute. He has served on the faculty of the University of Illinois and the University of Athens. He is a Fellow of the American Physical Society, member of the Academia Europea and founding member of the Cyprus Academy of Sciences, Letters and Arts.