Biology
The global prevalence of diseases affecting the central nervous system (CNS) demands the development of efficacious therapies for these unmet needs. However, drug development for CNS diseases is complicated by a limited ability to measure whether a drug candidate is accessing and affecting the human brain, particularly in early-stage human trials. Research by Dr Eugenii (Ilan) Rabiner and his colleagues: Dr Roger Gunn and Dr Jan Passchier at Invicro, highlights the unique capacity for translational imaging technologies, such as PET and MRI scanning, to provide this information. These advances in early-stage drug development have the potential to dramatically reduce the costs of developing a drug and help deliver effective new medications.

Over one billion people suffer from diseases of the central nervous system (CNS) globally. Whilst pharmaceutical treatments for many diseases have made huge strides in the past decades, the development of pharmaceuticals for diseases of the CNS has been relatively stunted. This is, in part, because of our limited ability to determine how effective pharmaceutical compounds are in the early stages of drug development. Instead, millions of dollars are spent researching and testing compounds that are found to be ineffective during late-stage where large-scale human trials are long and expensive.

Translational imaging methods such as Positron Emission Tomography (PET) and Magnetic Resonance Imaging (MRI) are non-invasive technologies capable of providing direct and quantitative data on drug distribution, drug interaction with its intended target and the resulting drug efficacy in the human body. Such information can be used to stop the development of compounds that will not be successful and define the dose range for testing of promising compounds in later phase clinical trials. This allows resources to be concentrated on developing only the most promising pharmaceutical compounds, thereby reducing the size and cost of later phase drug development. Dr Eugenii Rabiner at Invicro, London with Dr Roger Gunn and Dr Jan Passchier have focused their research on such translational imaging technologies to advance drug development for CNS disorders. 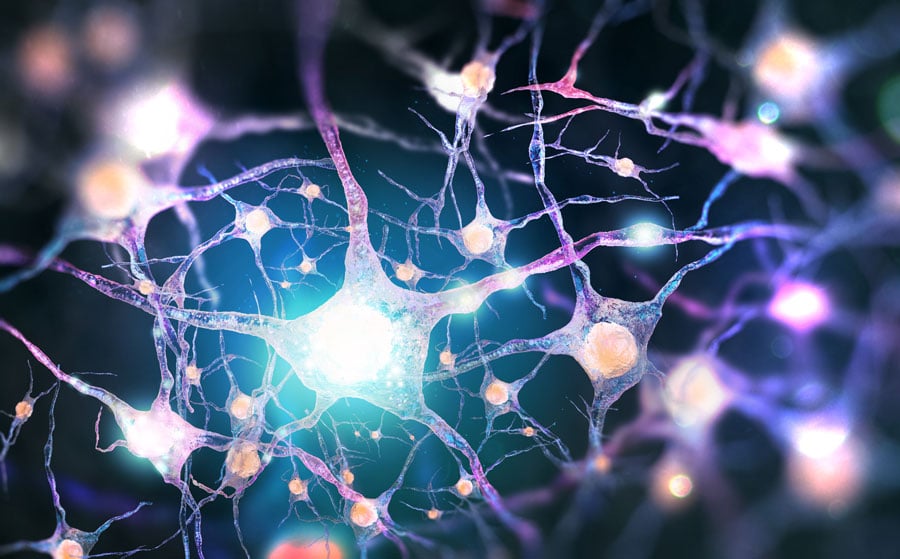 Drug Development process
The development of pharmaceutical drugs is a long and costly process, spanning nearly a decade and costing over $2 billion for each new drug brought to market. Numerous stages of testing must be performed before it may be deemed safe and effective for use in patients.

Firstly, a specific molecular target within the body is identified and many compounds are screened for appropriate properties to allow interaction with this target. If this yields a promising lead compound, a library of analogues is created and screened to determine the most effective. The identified candidate compounds initially undergo in vitro and in vivo preclinical testing to understand if they might be effective and whether any toxicity issues manifest themselves. In vitro testing will typically make use of isolated cells and tissues, while in vivo testing will be performed in animal models. Whilst the use of animals in drug testing is controversial, it remains a necessary step in the process of drug development. Efforts to reduce animal testing (the so-called 3Rs – Replace, Reduce, Refine) benefit from access to non-invasive imaging methods, as they allow repeated testing in a smaller number of subjects, and provide more physiologically relevant data.

The richness of information from occupancy studies also allows estimates to be made [that are] typically not possible until later phase human trials.

If the candidate compound is found to be effective and no unacceptable safety signals are seen, it may then be trialled in humans. Human trials have 4 phases designed to demonstrate the safety and efficacy of new medications, with each phase growing in size, resource intensity, and cost. Phase III studies can cost hundreds of millions of dollars and all too often provide the stage for candidate failure. There is, therefore, a desperate need to improve the characterisation of drug candidates in early Phase I and II clinical trials to increase the probability of success when progressing them to long and expensive Phase III studies.

The three pillars of drug development
The Three Pillars approach has been formulated to define the information that can be obtained in early phase development to significantly enhance the probability of drug candidate success. The Three Pillars are (1) evidence of tissue exposure (the extent to which the drug penetrates the target tissue of interest), (2) evidence of molecular target engagement (the extent to which the drug interacts with the biological target) and (3) evidence of pharmacological activity (the ability of the drug to modulate its molecular target and subsequent pathways).

Whilst many drug effects can be monitored by measuring drug concentration in blood, monitoring the effects of CNS drugs is more difficult due to the presence of the blood-brain barrier that prevents many drugs from entering the brain. PET imaging is uniquely placed to be able to monitor drug tissue distribution and target engagement, and can provide useful information on drug pharmacological activity in combination with a variety of MRI techniques.

Substitution of a carbon or a fluorine atom in a candidate compound with a positron emitting isotope (11C or 18F) does not change its pharmacological or physicochemical properties and allows the visualisation of the compound’s distribution in the body. The absolute concentration of the drug in body tissues, such as the brain, can be quantified accurately and compared to that measured in plasma to understand its tissue distribution.

A radio-labelled tool compound, or radio-ligand, that is specific for a molecular target, allows quantification of the density of that molecular target. Comparing the density of the available target (such as a particular receptor or an enzyme) in the brain at baseline with that following the administration of a dose of the candidate drug allows calculation of the proportion of the total target that is occupied by a particular dose of the drug. This information enables confirmation of drug-target engagement. This approach often termed an “occupancy study”, is preferred to the drug distribution study described above, as it allows the quantitative evaluation of drug target engagement in addition to brain entry. The rich information obtainable from such a study enables the prediction of the levels of target engagement produced by repeat dose studies in patients in later phases of development. The use of appropriate experimental design and analysis methods mean that such information can be available following a first in human, single ascending dose study in Phase I.

The performance of an “occupancy study” requires the availability of a specific radio-ligand for the particular molecular target. Unless already available (true for around 40 CNS targets), a new radio-ligand has to be developed, a complex process that requires 12 months or longer, and one that should be planned early in the course of a drug development programme. The introduction of in silico biomathematical modelling in recent years has accelerated the process of biomarker development by optimising the choice of candidate molecules from a starting series to develop the novel radio-ligand.

PET imaging is uniquely capable of quantifying each of the three pillars of CNS drug development.

Techniques such as blood oxygen level dependent (BOLD) and arterial spin labelling (ASL) functional Magnetic Resonance Imaging (fMRI) can provide non-invasive information on the changes in brain activity following drug administration. fMRI can be combined fruitfully with PET to provide information on both target engagement and resulting pharmacological modulation by the drug in the same study.

Alternative imaging avenues to evaluate target modulation or downstream effects include measuring the change in the density of a protein involved with disease progression (such as the misfolded proteins β-amyloid or τ-protein characteristically found aggregated in the brain of Alzheimer’s patients). Other approaches include the measurement of the direct or indirect (downstream) effect of drug candidates on the proliferation of brain immune cells, microglia, as a sign of brain inflammation, or on changes in the release of neurotransmitter molecules such as dopamine and serotonin across synapses (the gaps between brain cells) to indicate changes in brain function. Detection of target modulation or downstream effects provides confidence that the novel compound is pharmacologically active – and in combination with data acquired in an occupancy study can allow the determination of the relationship between the dose administered and the resulting pharmacological effects.

Dr Eugenii Rabiner and Dr Roger Gunn’s 2017 paper describes the current state of the art in the application of translational imaging in support of CNS drug development. With a growing number of biomarkers being developed, the amount of information that occupancy studies and PET imaging can provide will rapidly expand. This has a huge significance in accelerating the field of CNS drug development, reducing the money and resources spent researching ineffective pharmaceutical compounds, and concentrating efforts to develop effective treatments for CNS diseases. 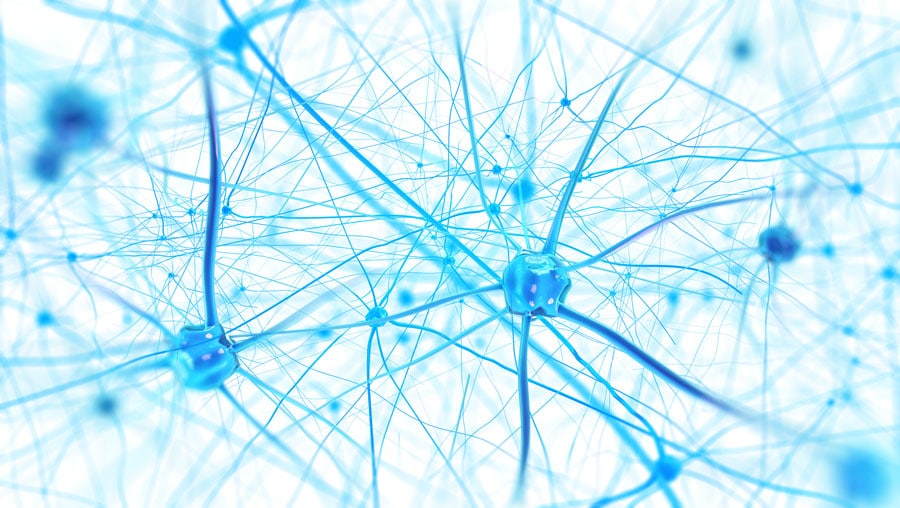 With such advances, how much of a reduction in the time and money spent developing drugs for CNS diseases can be expected?

<> The intelligent use of translational biomarkers will accelerate the process of drug development by allowing a better choice of doses to be tested in clinical trials. That may lead to a saving of one to two years in the life of a drug. However, the main benefit of these technologies is not in accelerating the development of individual compounds, but by allowing us to discard unsuccessful compounds very early in the development process and reallocate the resources to more promising candidates – thus increasing the total number of drugs being developed.

Advances in CNS drug development was last modified: May 30th, 2019 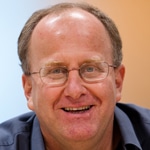