Whether ability is determined by nature or nurture has preoccupied thinkers since classical times. Most now agree that ability is derived from a combination of inherited and acquired characteristics: more precisely, a combination of genetic and environmental components. Austrian gifted-education expert Dr Gundula Wagner is currently researching how class composition in schools affects gifted students’ academic outcomes. She argues that, while targeted measures may be set for children identified as gifted, children may in addition be exposed to unplanned environmental influences which also affect talent development. She identifies two proposals to bring about greater equity in gifted education.

There is no internationally recognised definition of a ‘gifted’ child. Different cultures vary in what they understand by the term – for example, whether a child is gifted by having a higher-than-average intellect, or in a wider manner that goes beyond cognitive ability and includes such things as diligence and application. However, gifted children are usually understood to have an Intelligence Quotient (IQ) score of 130 or above, placing them in the top 2.5% of the population.

Austrian gifted education expert Dr Gundula Wagner researches and publishes on giftedness and talent in children and adults. In a recent paper, she focuses her attention on how class composition in schools affects gifted students’ academic outcomes. Reviewing the international research literature, she finds that too little attention has been paid to gifted students in disadvantaged schools and in talent development for students from low-income backgrounds.

The goal is that more gifted low-income students end up in gifted education programmes.

Peer-related mechanisms include students’ daily interactions in class and the peer-group influences that normalise students’ behaviour. Usually set by a majority, these mechanisms can have both positive and negative effects – students may strive to achieve the success they observe in their peers or may fail to realise their potential because they are unwilling to risk violating the rules of an under-achieving dominant group. Indeed, there is evidence that gifted students report peer pressure to perform below their abilities. This is partly due to the fact that students’ knowledge about their gifted classmates is shaped by prejudice.

However, sensitivity is needed with the terms ‘acting white’ (as a synonym for positive academic behaviour by a white majority) and ‘oppositional learning culture’ (as a synonym for less-engaged behaviour attributed to a minority of colour). Wagner finds that studies on gifted African American or Hispanic students who are ridiculed for their ’acting white’ by their ethnic peers are to be seen critical. They blame a minority for being complicit in the failure of their own gifted representatives. It seems more favourable to think about the different challenges posed by different identities. As an example, consider gifted African American girls who experience disadvantage because they are black, because they are girls, and because they are also gifted.

Teacher-related mechanisms include teachers’ behaviour, for example teachers who adapt their expectations and teaching according to the abilities of students in their class. In this way, if teachers perceive the majority of students to be of lower ability, they may teach in a less cognitively demanding way. Gifted children within such classes may not be challenged and risk finding classes boring.

School effectivness
At class level, Wagner identifies three categories of composition effects in the literature: socio-economic, ethnic, and ability. She finds that socio-economic effects are the most common characteristics studied. Indicator measures include such things as parents’ education level, job status, and family income. Of particular interest to Wagner is research from the UK, which suggests there can be a compensatory effect, such that gifted students from socially disadvantaged backgrounds who attend socially advantaged schools can achieve greater success. However, research also suggests that low-income students are less likely to apply for elite educational institutions, as parents lack networks of mutual support to fall back on (besides financial disadvantages). These networks are woven at elite colleges and are the advantage over those who are not graduates of such institutions.

The ethnic composition of schools is generally measured according to the proportion of students in a class with an immigrant background or the proportion of students who come from an ethnic minority. An important link between ethnicity and educational attainment is language use and frequency – for example, whether students speak a different language with their parents or peers from the language in which they are taught. Wagner’s study finds that, overall, the literature reports that ethnic composition has only small effects on school performance, and that the composition effects that are found are more likely to be due to socio-economic disadvantage.

Research literature on ability effects is more consistent and suggests that all students perform better in classes with a high-performing median ability level. Still, as Wagner explains, ‘the mean value does not reveal anything about the distribution of abilities within a class, which is also of educational interest’. The literature is also consistent in finding that grouping students in classes according to ability is advantageous for gifted students. Due to selection mechanisms, however, low-income students tend to drop out of support programmes early in their school career for the socio-economic reasons noted above.

Greater equality in gifted education
Wagner’s research identifies socio-economic effects as the most significant composition effects in regard to inequality in talent development. She explains: ‘Gifted education is an offer aimed primarily at middle- and upper-class students. Lower-class students, who often also belong to ethnic minorities, are still given little consideration.’

Wagner has two proposals for how to achieve greater equality in gifted education. The first proposal is that there should be more standardised testing at the beginning of students’ school careers to identify those students who would benefit from advanced schooling. Wagner explains: ‘The idea behind this is to protect students from the subjective judgement of teachers, whose ideas of giftedness mainly reflect general ideas of the bright and white middle-class child. The goal is that more gifted low-income students end up in gifted education programmes.’

The second proposal is aimed at schools with a low socio-economic composition which research suggests does not favour gifted students. To help gifted students in disadvantaged schools, Dr Wagner proposes that attention should be focused on conceiving schools as community centres where teachers, parents, local entrepreneurs, and cultural institutions work together.

Wagner argues that, not only would such schools attract the best teachers, but they would also encourage parents to become more involved. However, she finds that there are significant barriers that prevent low-income parents from engaging with their children’s school: ‘For some parents, the exhibition or theatre performance at school is still a hurdle that keeps them from participating. For these parents, low-threshold services at school are needed [for them] to come into contact, such as a laundry or babysitting service, or other services for their daily needs.’

Gifted education leads to greater educational equity for all.

In addition to her two proposals, Wagner recommends that gender should become a fourth group composition effect studied alongside resource-, peer-, and teacher-related mechanisms in research into environmental effects on talent development. She finds: ‘Girls in a class can be expected to influence peer norms as well. Indeed, there is evidence that a high percentage of girls in a classroom positively affects scholastic achievement.’

Ethnicity and the hidden talents among students of minority groups is another issue that Wagner argues is ripe for further research. She acknowledges the work that is currently underway in the US to address this against the backdrop of the ‘Black Lives Matter’ movement and urges that similar attention should now be paid to this in Europe in the context of the refugee movement.

Recommendations
According to Wagner, educators should pay greater attention to gifted students from a low-income background. She comments: ‘Taken together, studies on school effectiveness have given us a large body of evidence on the inequalities in students’ educational trajectories with no significant improvement in equity for low-income students and students of colour achieved this far.’

To close the achievement gap, Wagner proposes standardised testing at the beginning of students’ school careers, and schools doing more to understand and meet the needs of students’ and parents in their school neighbourhoods. In this way, Wagner concludes, ‘gifted education leads to greater educational equity for all’.

You propose that schools should be communities which bring teachers, parents, local entrepreneurs, and cultural institutions together. Have you experienced any examples of schools where this is already happening and if so, to what effect?

The example of the Rütli School from Berlin Neukölln is very well known in the German-speaking world. It used to be a high-risk public school in a disadvantaged district that made a complete turn-around within a few years. Eventually, it became so successful that financially better-off families also wanted to enrol their children there. However, I am not aware of any special focus on gifted students. In this respect, there are better examples in the Anglo-American area such as the Hartford Public School in Connecticut, USA, better known as the ‘Renzulli Gifted and Talented Academy’. 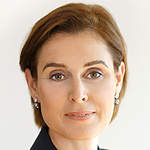 Gundula Wagner, PhD, worked as a lecturer at the University of Vienna until recently. She currently works as a freelancer in adult education. Her research interests include environmental influences on talent development.