Health & Medicine
Until recently, UK epilepsy patients’ quality of life and the public’s safety rested on driving policies informed by neurologists’ ‘expert opinions’. However, Dr Laura Bonnett of the University of Liverpool and her team have found hard evidence to back up and improve these policies. By determining the risk of recurring seizures in first-time seizure patients, those on antiepileptic drug withdrawal programs and patients suffering from breakthrough seizures, Dr Bonnett and her team have helped epilepsy patients regain their licences (and their freedom) sooner while ensuring that their risk of seizure falls under the Driver and Vehicle Licensing Agency’s threshold of 20%.

Seizures are sudden surges of electrical activity in the brain. Often, they are accompanied by muscle spasms, lapses in consciousness or awareness, staring spells, or cognitive or emotional symptoms, such as fear, anxiety or deja vu and can last anywhere from a couple of seconds to several minutes. According to Dr Bonnett, one in 20 people will experience one-off seizures in their lifetime while one in 120 people in the United Kingdom (UK) will have epilepsy – a neurological and physical condition marked by recurring seizures. 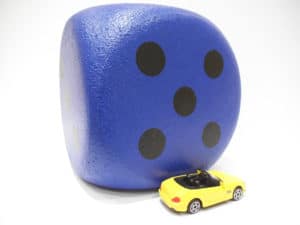 Although some people are prevented from driving due to their medical condition, road users – such as drivers, cyclists and pedestrians – may still encounter drivers with epilepsy or one-off seizures. Importantly, the UK Driver and Vehicle Licensing Agency (DVLA) only reinstates patients’ car licences after their risk of having a seizure in the next year falls to 20% – the same as the risk of a newly qualified driver having an accident in their first year behind the wheel. However, until recently, patients relied on the ‘expert opinions’ of neurologists to determine when they’d reached this threshold – often forcing them to wait a year before they could regain their licence as long as they didn’t have another seizure in the meantime.

According to Dr Bonnett, one in 20 people will experience one-off seizures in their lifetime.

Now, research by Dr Laura Bonnett of the University of Liverpool and her team is helping to pinpoint the time that their risk of seizure is reduced to 20% or below, getting patients back on the road sooner and ensuring the safety of all road users.

Risk of seizure recurrence:
First-time seizure patients
In her 2010 study, Dr Bonnett found that people with a first-ever seizure were more likely to have a second seizure if they: have a known cause for the first seizure, such as a head injury or brain infection; have a parent with epilepsy; were asleep when the first seizure occurred or weren’t treated straight after the first seizure. Patients were also at higher risk if they displayed abnormal results from a head scan or electroencephologram (EEG).

In her Award Lecture for the British Science Festival, Dr Bonnett likened an EEG to getting hair dyed at a salon. However, instead of covering their hair in foil and ending up with a bold new colour, patients have receivers stuck to their head and obtain a chart showing their brain activity.

During this study, Dr Bonnett and her team used data from a randomised clinical trial with 637 patients, aged 16 years and over, that had had a first-time seizure. Of these, 317 received treatment immediately after the first seizure while 320 did not.

Fortunately for the experts and road users, statistical analysis showed that if patients were to regain their licence a year after the initial seizure the risk of them having a seizure in the next 12 months was 7% if they had treatment and 10% if they didn’t. Moreover, if Dr Bonnett and her team were to account for patient variability, such as age and sex – by calculating 95% confidence intervals – the figures fell to between four and 11% and six and 15% for the groups with and without treatment respectively. (A confidence interval is a range of numbers in which researchers can be 95% certain the true statistic lies.) All well below the 20% threshold. However, when the researchers looked at the risk of seizure in the year following the six months after the first seizure, they found it to be 14% for the treated group and 18% for the untreated group. Still below the 20% threshold!

These results led the DVLA to reduce the licence penalty from 12 months to six months, even though the upper limit of the untreated group’s confidence interval was 23%. Here, the DVLA chose to focus on the discrete figures, rather than confidence intervals, as the high volume of applications prevents them from calculating the risk on a case-by-case basis.

After antiepileptic drug withdrawal
Understanding the importance of her work, Dr Bonnett extended her research to explore the risk of seizure recurrence after antiepileptic drug (AED) withdrawal. When her study was published in 2011, the DVLA advised that patients undergoing AED withdrawal should not drive for six months after the last dose had been taken. Furthermore, under the Road Traffic Act, if patients were to restart treatment, they had to be seizure free for a year before they would be allowed to drive again. And, the European Union (EU) standard stated that patients experiencing seizures during a physician-advised change or withdrawal of medication needed three months off driving, if the previously effective treatment was reinstated.

To determine the suitability of these recommendations, Dr Bonnett and her team reviewed data from the Medical Research Council’s AED withdrawal study. Here, they found that patients who had a seizure recurrence during or following AED withdrawal, recommenced treatment, and were seizure-free for six months after treatment was restarted had an 18% chance of having a seizure in the next 12 months. However, the small sample size prevented the team from achieving a risk definitively below 20% (with the confidence interval being 10% to 27%). Conversely, if patients were seizure free for twelve months after restarting treatment, the risk was 17% (8% to 27%) and at three months, the risk was 26% (17% to 35%).

In her paper, Dr Bonnett expressed concerns that – based on the discrete estimates – UK legislation was too conservative and that the EU standard was too liberal and she has conveyed these concerns to policy makers.

To ensure the risk of recurring seizures following a breakthrough seizure falls under the 20% threshold by this time, Dr Bonnett and her team chose to reanalyse data from the standard versus new antiepileptic drugs (SANAD) study.

This involved taking data from a randomised clinical trial where they observed 339 eligible patients aged 16 years and over. While the initial study separated these patients into ‘Arm A’ and ‘Arm B’ based on the medications they received, Dr Bonnett and her team pooled the data to explore risk of recurring seizures regardless of treatment.

Overall, the team found the risk of recurring seizures at one year to be 17% (15% to 19%), while the risk at six months was 32% (28% to 36%), supporting the DVLA’s decision to have patients wait a year to retrieve their licence. However, the study found that some subgroups needed at least 15 months off before they reached the 20% threshold.

The need for evidence-based policy
According to Dr Bonnett, the number of people killed or seriously injured in UK road accidents is relatively low compared to international standards. She believes this is partly due to policies preventing people with certain medical conditions from driving. However, many of these policies are informed by ‘expert opinions’ rather than hard evidence – just as those around people driving with epilepsy were prior to Dr Bonnett’s work. This can significantly impact the public’s safety and the patients’ quality of life.

This is clearly shown through the three studies discussed in this article, where policies were initially too harsh (in the case of first-time seizure patients) or too lenient (in the EU’s policies around AED withdrawal). Furthermore, studies have shown that people with medical conditions other than epilepsy are 26 times more likely to have an accident than those with epilepsy. Thus, there is a greater need for research into those medical conditions and their impact on driving ability in order to inform policies and improve road safety. As a result, Dr Bonnett’s next mission is to explore driving policies around diabetes.

What inspired you to explore driving policies around epilepsy and why have you chosen to focus on diabetes in your next project?
<>As an applied statistician my main aim is to make a difference to people using numbers. My colleague (Prof Marson) is a member of the DVLA’s Drivers Medical Group. In 2008 this group discussed the differing driving guidelines between the EU and the UK and the need for evidence to support their decision making. As a statistician (and a PhD student) I was in the perfect position to provide the much-needed evidence. The rest, as they say, is history!

Diabetes offers a new but related challenge – driving guidelines have to consider hypos and other outcomes such as eye problems and heart complications.

How data is improving driving policies for epilepsy patients was last modified: May 23rd, 2019 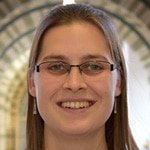 Dr Bonnett is a medical statistician primarily interested in the development and validation of prognostic (prediction) models. She researches methods to model recurrent events such as seizures. This work will inform patient counselling and improve quality of life for people living with long-term conditions such as epilepsy and asthma.

Dr Bonnett’s work focuses on prediction modelling within chronic conditions such as epilepsy. Her work has been used by the UK-based Driver and Vehicle Licensing Agency to modify their driving regulations for people with seizures and epilepsy.