Behavioural Sciences
Human memory is an incredible feat of the brain, storing all of our fondest memories, and all of our greatest heartaches, nightmares and frankly memories we would maybe rather do without. What was once considered an idea bound to science fiction may be a possibility, at least theoretically. Advances in Neuroscience and Psychology have allowed the idea of physically and intentionally altering memory and inducing forgetting. Andrea Lavazza, a research fellow at the International University Centre in Arezzo, Italy, focuses on bringing these ideas to light to allow proper debate on a powerful, and controversial topic.

Humans often pride ourselves on being the ‘Top’ species, ever more creative, intelligent and sophisticated than even our closest relative species. We possess a number of seemingly unique, complex, and powerful abilities: imagination, will, language, consciousness and morality. Perhaps the most integral is memory. Memory, whilst shared by many species, is particularly important to humans – it truly holds the key to individuality and development of “The Self”. You are an amalgamation of experiences in time; thousands, even millions of moments, some trivial, others life changing, all stored by the brain. Your fondest moments are remembered, and can be replayed at will (for most of us at least), bringing a smile to your face. By the same token, your worst moments can do the same with quite different results.

For many, childhood experiences and memories shape later lives and identity. For those fortunate enough to have a pleasant upbringing, this can provide stability and security. However, for others, where early experiences were acutely negative and traumatic, this can create difficult problems to navigate. The impact of painful memories on later life and the self can be seen in Post-Traumatic Stress Disorder (PTSD): an acutely traumatic memory (resulting from an accident, an aggression, or a war episode) can cause anguish long after the event. People can spend many hours and a lot of money on psychotherapies addressing negative memories in attempts to resolve them. The value of these approaches is unquestioned but perhaps newer science can offer an alternative method.

Science fiction materialises
Altering memory has been a common trope of science fiction films for decades (think of “Total Recall”, “Strange Days” or “Eternal Sunshine of the Spotless Mind”). For most, it remains a fictional idea, rather than a possible reality. But not for all. Andrea Lavazza of Centro Universitario Internazionale (Arezzo, Italy) specialises in the field of neuroethics – a new field that examines the wider implications of neuroscience research. His recent work has focused on the question of memory modulation – Is it possible? Should we do it? What might the implications be?

Can we?
Lavazza highlights the interesting finding that a drug named Propranolol has been found to modulate emotional response to certain memories. Propranolol is a beta blocker typically prescribed for hypertension and anxiety. Studies have found that if taken within six hours of an emotionally salient event, the emotional response to that memory is mitigated (Brunet et al, 2008). The drug works by inhibiting or reducing the release of stress hormones such as adrenaline and cortisol. This inhibition, by proxy, means the negative response associated with the memory of the event will be reduced. The actual memory itself is no less detailed. Instead, it is the evoked emotional or stress response which is lessened.

Recent work with animal models has provided some more powerful examples of memory modulation. For instance, rats have been conditioned to associate a particular stimulus, such as a cage, with pain. Then, the rat’s brain is physically altered via pharmaceuticals to stop the consolidation and storing of that memory; the valence (positive or negative) of a memory was even switched by researchers using optogenetics (Redondo et al, 2014). As with all animal model studies, the ability to transfer this to humans is not direct nor is it always advisable. However, the possibility to perform such modifications with humans is certainly real. So to the question “Is memory modulation possible?”, the answer is yes – although the area currently lacks finesse and certainty.

The possible impact on a person’s mind, self and identity caused by deleting memories must be considered.

Should we?
Moving beyond the practical ability to modulate or delete memories – the real question Lavazza deals with is: Should we? Assume the existence of perfectly accurate and reliable methods of memory modulation and deleting. We could now, in an extreme example, remove the traumatic memories that cause PTSD. On the surface, this sounds like a positive use of a potential technology. However, the possible impact of memory deletion on a person’s mind, self and identity must be considered.

Can the self survive unnatural change?
Lavazza raises the issue of how memories of all forms, including the negatively charged, shape each person. If we begin to alter how we remember negative events, this can lead to a cascade of following decisions that may not have occurred without that initial alteration. Lavazza alludes to a thought experiment suggested by Erler (2011) where it is imagined a girl named Elisabeth encounters her former childhood bullies. Now ordinarily most of us as adults would not want to spend much time with anyone who caused us harm, even if it was a long time ago. However, imagine Elisabeth can now alter this memory of her bullies, or at least reduce the associated emotional impact. She can now interact positively with the bullies, perhaps even ‘forgive’ them. This seems like a positive outcome but the question it raises is: Was it really Elisabeth making that decision? Wouldn’t she have asked her friends to repent or have confronted the bullies if she had not had her memories altered? Our genetic makeup and life experiences shape the self and to alter these can possibly change our self. Therefore, Elisabeth, by altering her ‘natural’ response to negative experiences, has altered Elisabeth as a person. 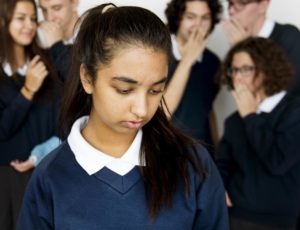 Another hypothetical situation deserves a mention. Imagine exploited or ill-treated people were induced to take drugs that would alleviate their negative memories. They would suffer less but they might also lose the urge to try to challenge injustice. Not only would they “betray” their true self, but the whole of society could be damaged. Lavazza acknowledges that while a single memory may not impact a person’s core self, the possibility that it might do remains open. The impact of memory modulation and deletion at present depends on one’s position on what ‘The Self’ is: a hotly debated topic.

If we begin to alter how we remember negative events, this can lead to a cascade of following decisions that may not have occurred without that initial alteration.

Supporters of certain narrative-based theories of self argue that memory is crucial to the self as it allows the construction of one’s narrative within the realms of reality (see Schechtman, 2014). This means an accurate and truthful representation of reality is integral and hence sensitive to changes. Under this perspective, altering any memory can damage the ‘natural’ or truthful reality which shapes formation of the self. Narrative theories would suggest any natural changes to self are gradual with room for foresight from the individual, i.e. they can predict how these changes may take effect, preserving the continuity of self. Following this reasoning, any attempt to introduce immediate modulation or literal erasing of memories is a very dangerous game to play. Lavazza refers to this kind of formulation of the self as ‘Rigid Identity’. 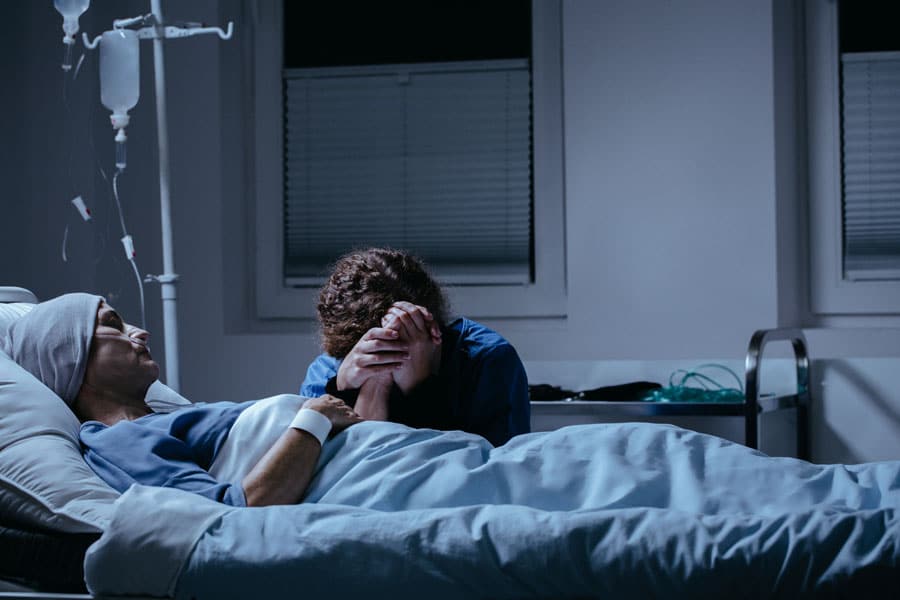 Constructionist viewpoints, on the other hand, view the self as a more fluid, emergent property which will not be lost by changes to memory alone. In fact, the alteration of unpleasant memories could be seen as a form of self-improvement akin to any approach to achieve such. The possible damage of memory deletion and modulation is far less pronounced if this viewpoint – called ‘Extended Identity’ – is held.

What next?
Lavazza’s work highlights the current position of the debates surrounding memory modulation and deletion to be dependent on how the self is defined. At present, popular theories are rooted in ‘normative’ conceptualisations of the self, rather than being based on empirical research. Generally, the consensus is either memory modulation could lead to self-improvement or it could lead to the opposite, self-deletion. As is often the case with newly emerging fields, progression of technology and scientific research is going to be decisive here.

A world where negative memories and experiences are eradicated may seem attractive to the imagination, but it’s dubious that anyone would seriously consider it a desirable reality. Learning from negative experiences is natural and crucial to human development. Empathy, compassion and many complex human emotions could be lost without natural responses to negative stimuli. This is truly a fascinating topic, which will require deliberate debate and formation of good science to investigate the implications fully.

How accurate do you think memory deletion can actually be? Can a single, specific memory be deleted?
<>We must be clear in saying that today there is no safe and effective way to modulate memories at will. But research in this field is taking rapid steps forward. Moreover, a single memory, closely embedded into a semantic network of other memories, seems almost impossible to remove completely at the current state of knowledge.

What one potential benefit to memory modulation would you highlight to the general public?
<>There are situations of suffering related to psychological traumas that can paralyze a person and literally prevent them from living. The ability to modulate negative memories – making them neutral – could reduce many pains that today have no real cure.

What are the potential risks of unregulated memory-modulation?
<>One can think a duty to remember exists. A witness to a crime should keep her memories in good shape in order to testify in the courtroom. But should an individual who participated in a historical event remember and tell other people what she saw even though the event was shocking? Think of survivors of Nazi lagers. Should they remember the facts in order to transmit the vivid story of Shoah, with its capacity to mobilise people to prevent a similar tragedy from happening again? Or do they have the right to forget and live a happier life?

The dawn of memory modulation and self-prescribed forgetting – a moral dilemma was last modified: May 23rd, 2019 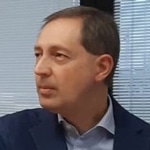 Andrea Lavazza is a senior research fellow at the Centro Universitario Internazionale, Arezzo, Italy. He specialises in moral philosophy and neuroethics. His interests focus on the social and legal implications of science and technology. His publications include the book “Frontiers in Neuroethics. Conceptual and Empirical Advancements” (Cambridge Scholars Publishing).

Lavazza, A., 2019, "The dawn of memory modulation and self-prescribed forgetting – a moral dilemma", Research OUTREACH (106). Available at: https://researchoutreach.org/articles/the-dawn-of-memory-modulation-and-self-prescribed-forgetting/ (Accessed YYYY/MM/DD)