Health & Medicine
Lynne Ann Barker is a pioneer in the field of traumatic brain injury (TBI). Her work aims to understand how trauma to the brain leads to changes in behaviour and cognitive ability in those affected. She has also worked to develop new experimental methods for assessing cognitive ability, including computerised simulations that incorporate real-world tasks such as cooking, with the aim of increasing the speed and efficiency of diagnoses of these life-changing injuries.

The brain is an organ of incredible complexity. Contained in a space no larger than a football is 100 billion cells that connect in unimaginably complex ways. From this complexity arises all the behaviours that make us human. From tacit (non-conscious) processes that occur without us even being aware, to executive functions: higher-order processes that are associated with goal-directed behaviours such as planning and target-seeking.

The brain might be the most intricate and complicated organ in the body, but it is also the most precious and vulnerable. Damage to the brain can be disastrous to an organism, leading to cognitive impairments that can result in a lifetime of debilitating symptoms. Lynne Ann Barker and her colleagues are working to understand how damage to the brain results in cognitive impairment and to develop new techniques to diagnose and treat those with traumatic brain injury.

Young at heart, delicate of mind
One of the questions Barker has been keen to address is whether age plays a role in the response of the brain to injury. The so-called ‘latent deficit hypothesis’ suggests that injury sustained earlier in life (from 17-25 years old) may produce greater lasting cognitive impairments than those sustained later (28 years and older). In 2006, Barker and colleagues tackled this question by performing a study with people who had sustained head injuries that resulted in lesions to the frontal brain regions. They compared groups of young and older participants using a range of tests aimed at assessing their executive and implicit (unconscious) cognitive ability. Interestingly, although there were no differences in executive function, the young cohort showed greater deficits in implicit cognitive function than those that sustained their injuries later in life. 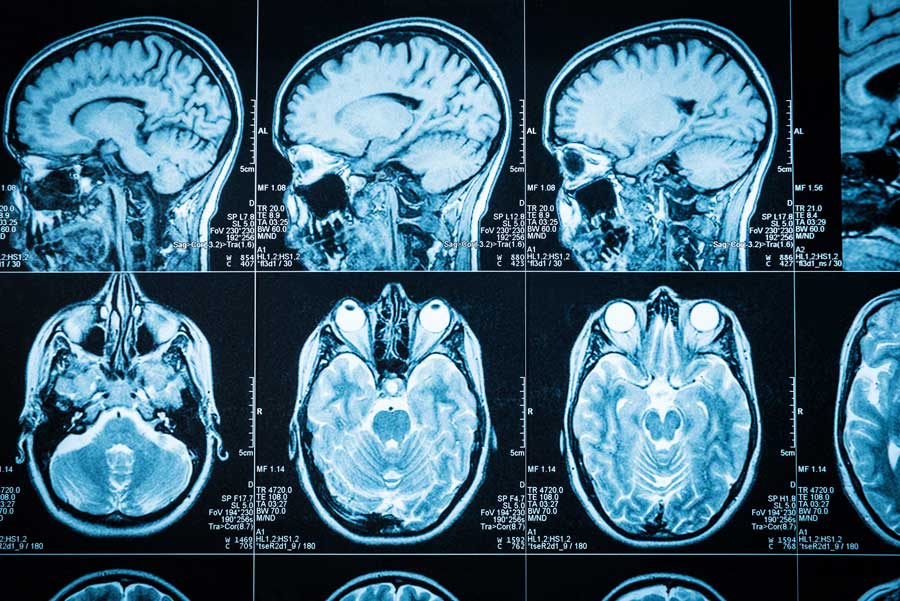 Dr Barker thinks the differences in response to TBI between young and old might be due to the crucial period of brain development that occurs in early adulthood. She writes:“We are only now beginning to fully appreciate that swift morphological change to the brain between ages 17-25 confers vulnerability to greater effects of traumatic brain injury on cognition and an increased likelihood of the first incidence of mood disorder, psychosis and eating disorder during this age range”

The exact nature of the morphological changes that occur during this period of adolescent neurodevelopment and how they lead to the vulnerability to brain injury is still under investigation, but it is hoped that continued work in this area will continue to yield further insight.

The subconscious mind
It was interesting for Dr Baker and her group to note that the adolescents showed deficits in implicit as well as executive functions. In neuropsychology, implicit, also referred to as tacit or unconscious, brain functions describe a response to stimuli that are subliminal or go unnoticed. It had been previously thought that these types of cognition were less affected than their executive counterparts by brain injury. In fact, Dr Barker’s work has been instrumental in highlighting the importance of changes to implicit cognition following TBI.

Her 2006 study in Neuropsychologia was the first to show through an empirically rigorous group study that tacit cognition is impaired in cases of head injury. Her group compared 20 patients with head injuries and a cohort of I.Q. and age-matched controls. The two groups underwent MRI scans and a battery of four tests to determine their implicit cognitive abilities. These tests included a serial reaction time task (SRT), a mere exposure effect task, automatic stereotype activation and hidden co-variation detection. The impact of the injuries was clear – those with brain trauma performed worse in three out of four tests of implicit cognition. Interestingly, performance on the SRT task correlated with a composite measure of executive function, suggesting a relationship between these two aspects of cognition. Indeed, the authors suggest that implicit and explicit cognition may interact to produce the dysfunctional behaviour that is observed after TBI. And the field seems to be taking note of this – following the publication of this work there has been a renewed focus on the role subconscious impairments can play in the behavioural deficits of people with TBI.

The brain might be the most intricate and complicated organ in the body, but it is also the most precious and vulnerable.

Dr Barker recognises that given the greater emphasis on the impact of implicit impairments in TBI comes a need for better ways to test for these deficits. To this end, she has programmed a number of variants of the SRT task which are run using PSYSCOPE, a computer programme that allows researchers to design and run psychology experiments. According to Dr Barker, the importance of implicit deficits is often overlooked: “We toiled over the SRT task, trialling and refining it, to ensure that it reliably captured tacit processes”. This hard work seems to have paid off; almost every single one of the 150 people with brain injury tested using the improved SRT test demonstrated impairment compared to healthy controls. These studies were included in the Brain Sciences special issue The Brain Knows More than It Admits: The Control of Cognition and Emotion by Non-Conscious Processes. This collection highlights the best experimental methods for capturing tacit cognitive processes.

However, one shouldn’t think Dr Barker is interested only in the subconscious; she has been a leading voice in a discussion going on in cognitive neuroscience surrounding the study of executive function. She thinks that there needs to be a unification approach across disciplines, a refinement of techniques and a broader consensus about how to close the gap between theory and therapy, to ensure sufferers of brain injury receive the best possible treatment. Readers may be interested to seek out an editorial piece she has written on this subject for Frontiers in Behavioural Neuroscience, titled: ‘Executive Function(s): Conductor, Orchestra or Symphony? Towards a Trans-Disciplinary Unification of Theory and Practice Across Development, in Normal and Atypical Groups’.

Cooking up something great
In addition to her pioneering work on the underlying biology of brain injury, Dr Barker has been leading the development of innovative new ways of diagnosing cognitive impairment. She was one of the first to recognise that modern technological advances could be used to design more sophisticated neurocognitive tests. Currently, diagnosis of cognitive deficits is expensive and time-consuming. However, she realised that modern computing offered the chance to design automated tests that could speed up this process. 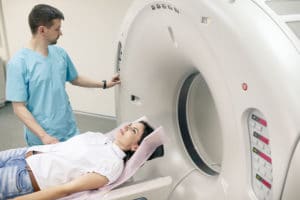 Dr Barker wanted to use the opportunity of the emerging technology to design tests that incorporate simulations of real-world tasks. She notes: “In real life, complex tasks such as cooking are often significantly affected when a person sustains a brain injury or early on in the course of a neurodegenerative disorder because they require the coordination of multiple cognitive functions.” With this in mind, she has designed a task-based test for cognitive impairment that centres around a cooking simulation. This cooking task (CT) prototype named Cog-LAB has the ability to measure multiple different aspects of cognitive function at once. In a 2015 study in Frontiers in Behavioural Neuroscience, Dr Barker and colleagues generated some preliminary data on the efficacy of Cog-LAB. The aim was to see how the CT stacks up to more conventional cognitive tests. To this end, forty-six non-impaired participants took part in the CT as well as various sub-tests from standardised neuropsychological tasks. The result of this comparison was that the CT performed well, providing a proof-of-principle that Cog-LAB could be used as a novel approach for determining cognitive impairment in head injury patients. Following the publication of the preliminary study, Dr Barker’s work was awarded the MEDIPEX award for NHS innovation in 2016 and a subsequent MRC Confidence in Concept grant to develop Cog-LAB.

Brain injury is in the eye of the beholder
Another innovative approach that shows great promise involves using scanning techniques to look for changes in the eye which could represent an early warning sign of brain injury. In a recently published study www.dovepress.com/investigating-possible-retinal-boilermakers-of-head-trauma-in-Olympic-bo-peer-reviewed-article-EB, Dr Barker and colleagues compared Olympic boxers to control patients to see if they could detect alterations to different structures within the eye. Using a technique known as optical coherence tomography (OCT), the group found that the boxers had a thinning of their maculas and retinal nerve fibre layers (RNFL). This is an exciting proof-of-principle for a technique which could provide a much more efficient way to diagnose brain trauma, as well as potentially providing an early warning sign for damage that might not yet reach the threshold to produce a noticeable cognitive impairment capable of being detected with current methods.

Cog-LAB could be used as a novel approach for determining cognitive impairment in head injury patients.

The future
Readers can now find out more about the eye-scanning study as it has been recently published in the journal Eye and Brain. As for Cog-LAB, its future lies in a planned clinical trial which aims to assess how well it can perform in patients with various neurological impairments, namely TBI, stroke and early dementia. The goal of the study is to assess the use-ability, reliability and sensitivity of the test compared to conventional diagnostic approaches, and with the promise shown by the work so far, the results are eagerly awaited.

How does your range of experimental versions of the Serial Reaction Time Task help in the elucidation of the role of tacit cognition in deficits following TBI?

<>Tacit processes are what happens whilst we are thinking about other things. Often overlooked, they play a vital role in reading and responding to others’ intentions and gestures, facilitating many aspects of social cognition. Social functions are disrupted by brain trauma. We toiled over the SRT task, trialling and refining it, to ensure that it reliably captured tacit processes. Almost every single person tested on this task with a brain injury (> 150) showed impairment compared to non-brain injured people: A fundamental function is lost. Presently, one of my PhD students (Leanne Greene) is investigating how this loss contributes to social deficits. 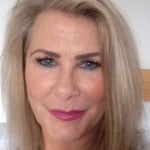 Dr Lynne Ann Barker is a Reader in Cognitive Neuroscience and conducts research on the functional effects of brain trauma, clinical functional measurement, biomarkers of injury and developmental brain morphology. She is currently writing a neuroscience textbook and teaches postgraduate students on the Applied Clinical Cognitive Neuroscience course. She supervises several PhD students and is the Postgraduate Research Tutor for all PhD students in the department. She is a founder member of the Cognition and Neuroscience (CaN) Research Group. She was recently awarded the Medipex NHS Innovation Prize.

Cog-LAB study funded by MRC Confidence in Concept competitive round 5. 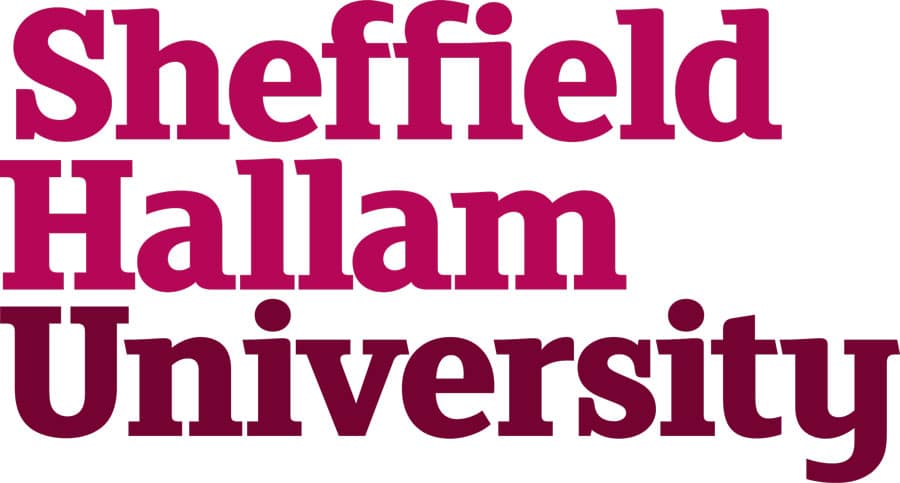