Physical Sciences
Within the automotive light industry, aluminium is evaporated on plastic high gloss reflector surfaces. From a quality point of view and to meet industry standards, this surface must retain its luminance and reflectiveness for 15 years. However, the non-treated metal parts oxidise, meaning that it loses its luminance and reflectiveness. For this reason, it is protected with silicon oxide or a glass-like protection layer. Glass-like protective coating is formed in high vacuum plasma polymerisation process. Dr Žiga Gosar, Head of R&D at ELVEZ Slovenia explores advanced new ways to overcome these barriers. Named ‘plasma-enhanced chemical vapour deposition’ (PECVD), his team’s technique uses plasma to both roughen polymer surfaces and introduce new molecular groups, all on industrial scales.

Made up of long chains of organic molecules, polymers are essential components of a wide variety of products we use in our everyday lives. In car manufacturing, for example, many important components are made by printing and painting polymer surfaces, coating them with metals, and treating them with other protective coatings. However, it is difficult for manufacturers to do this effectively using cheaper, more widely available polymers, owing to their water-resisting, or ‘hydrophobic’ properties, which make them less adhesive to paints and coatings.

The goal is to make hydrophilic surfaces. The problem can be reduced through the technique of ‘functionalisation’, which attaches oxygen-rich groups of molecules, or ‘functional groups,’ to polymer surfaces. If prepared correctly, these groups can bind more strongly to molecules in paints and coatings, making surfaces more adhesive overall. Since functionalisation traditionally involves the use of harmful chemicals, manufacturers have recently begun to reduce their environmental impact by using plasma – a state of matter containing hot, freely-flowing charged particles – to deposit functional groups. 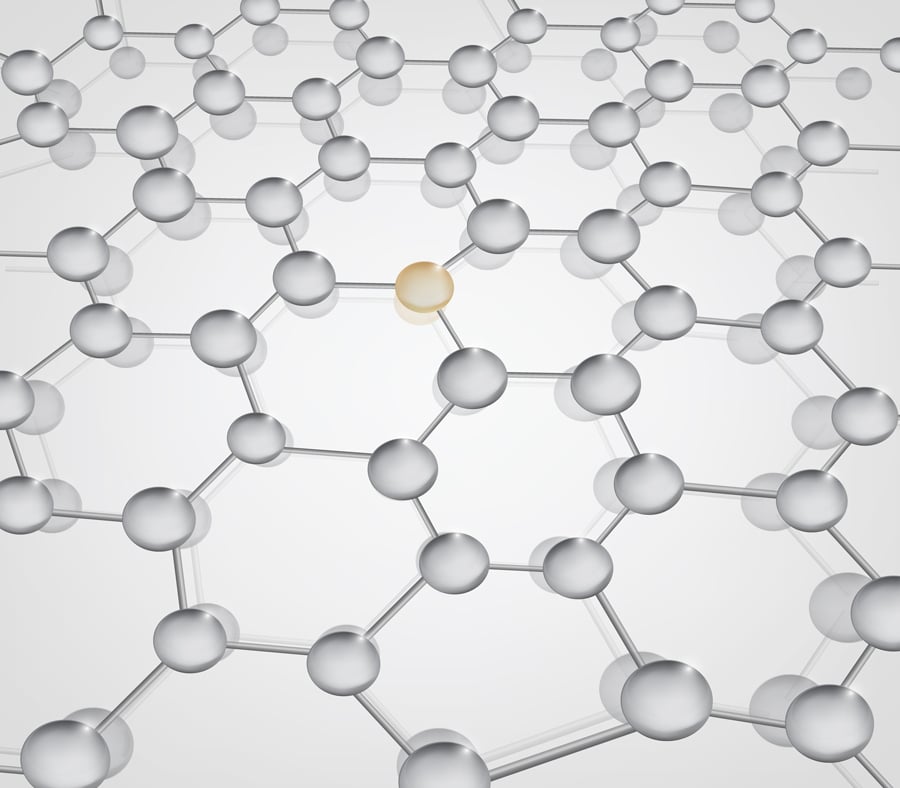 Unfortunately, despite the advantages of this approach, many types of polymer surface are not easy to functionalise using current plasma-based techniques. In addition, many polymers which can be treated in this way will suffer from deterioration over time, lowering the quality of manufacturers’ final products. In Slovenia, where the economy is strongly reliant on the automotive industry, these shortcomings are a significant problem. However, Dr Žiga Gosar of ELVEZ Slovenia and his colleagues believe that a more all-encompassing solution is now on the horizon.

Side-effects of functionalisation
To create the plasma required for functionalisation, researchers will typically heat up gases in a reactor containing mixtures of atoms including argon and oxygen. To form functional groups, these oxygen atoms will be ionised and excited to higher energy levels, making it easier for them to attach to polymer surfaces. For the process to succeed, researchers need to optimise the parameters of the plasma discharged from the reactor producing it. If this are set correctly, coating and painting finishes will easily adhere to polymer molecules.

Gosar has uncovered sophisticated new ways to ensure that functionalised polymer surfaces are strongly adhesive and remain durable over time.

In addition to functionalising polymers, this technique has the ability to etch dips and valleys into polymer surfaces. This is a desirable effect, however, until recently the interactions between plasma and polymer which led to this effect were poorly understood Thanks to recent discoveries, we now know that the etching is non-uniform, due to inherent the fluctuations inherently displayed by plasma on molecular scales. Therefore, it can result in intricate, nanoscale structures, which can be suppressed by treating surfaces with the radiation produced by plasma after its ionisation source is removed, known as its ‘afterglow’. However, a growing body of research is now exploring how nanoscale etching could be exploited to increase the durability and adhesiveness of polymer surfaces, while optimising their functionalisation.

Probing the properties of plasma etching
In recent years, techniques for creating higher-pressure plasma discharges have enabled researchers to produce high volumes of uniform plasma and sustain them for long periods of time. Naturally, this has led to a huge variety of studies into how plasma-induced functionalisation can be achieved on industrial scales, but many others have also used the advance to explore the characteristics of plasma etching for the first time. Several groups, for example, have investigated what happens when small patches of polymer surfaces are coated with electrode materials, protecting them from the effects of plasma exposure. Intriguingly, this causes columns of fibre-like nanostructures to form.

Materials physicists soon realised that these roughened surfaces could bind to paints and coatings far more effectively than smooth surfaces, solving the adhesiveness problem faced by industries today. Leading on from this discovery, other research groups have probed the durability of fibrous polymer nanostructures. They found that the columns can easily collapse under instability, negating their useful effects. However, the structures can be made more durable with longer plasma treatment times.

Further studies have explored how etched nanostructures are influenced by factors including the compositions of polymers themselves, and the power of plasma discharges. Depending on these characteristics, other types of nanostructure like granules can also form. Overall, these previous studies seem to point to an ideal plasma treatment time of around 10 minutes, if the advantages of etching are to be fully enjoyed. Unfortunately, this is far too long for the process to become practical for industrial use. However, Gosar points out that as a whole, previous studies have almost completely neglected to consider the quantities which govern the dynamics of the plasma itself.

Characterising polymer-plasma interactions
In their research, Gosar and his colleagues set out four overall objectives in their deeper investigations of plasma functionalisation. The first was is to study how etching onto specific polymer surfaces is influenced by different types of reactive oxygen species contained within the plasma. Their ultimate aim was to use estimations of the plasma-related mechanisms leading to nanostructure formation, including the density of positive ions and neutral atoms, to achieve optimal etching and functionalisation with reasonable treatment times. 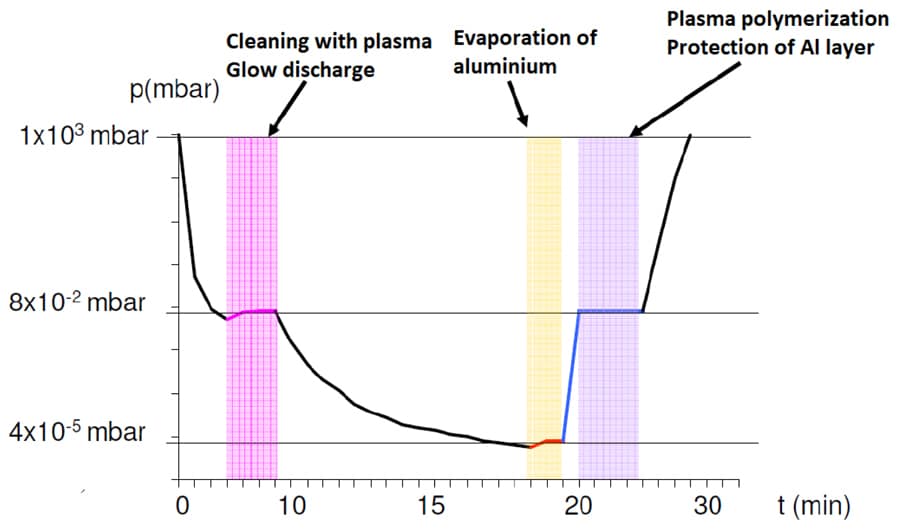 Thirdly, the researchers aimed to determine the plasma parameters which would give rise to optimal parameters in the plasma discharged from reactors. Finally, they would study how these parameters could be upsized to plasma reactors with volumes on scales of cubic metres. Ultimately, Gosar’s team hopes that these efforts will allow them to achieve fast, energy-efficient plasma functionalisation, suitable for industrial applications, for the first time.

Deposition on industrial scales
In one 2019 study, Gosar and colleagues used a plasma reactor with a volume of 5m3 to implement their new technique of ‘plasma-enhanced chemical vapour deposition’ (PECVD). As a more advanced form of the already well-established technique of chemical vapour deposition, this first involved preparing plasma from a mixture of oxygen and the molecule hexamethyldisiloxane (HMDSO). The team then optimised discharge parameters of the plasma, by monitoring it using ‘residual gas mass spectrometry’ and ‘optical emission spectroscopy’; then adjusting its parameters accordingly.

Once optimised, Gosar’s team exposed the plasma to a polymer surfaced roughened by previous etching. They then treated the now functionalised surface both with aluminium, and a protective coating containing silicon. They analysed the molecular characteristics of the resulting treated surface, using the combined techniques of ‘secondary ion mass spectrometry’ (SIMS) and ‘x-ray photoelectron spectroscopy’ (XPS). This allowed the team to determine the compositions and textures of the surfaces on nanoscales, affording them an in-depth understanding of how plasma and protective coatings interact with polymer surfaces inside industrial-scale reactors as PECVD unfolds.

Further explorations of PECVD
In two further studies, the researchers precisely quantified the characteristics of their innovative PECVD technique, including plasma density, flow intensity, and reactor pumping speed. Applying similar analytical techniques to their previous study, Gosar and colleagues were able to monitor how their plasma behaved in different discharge conditions, meaning optimal parameters could be ensured throughout the process. Importantly, this could be done using only the simple, low-cost technique of optical emission spectroscopy (OES). 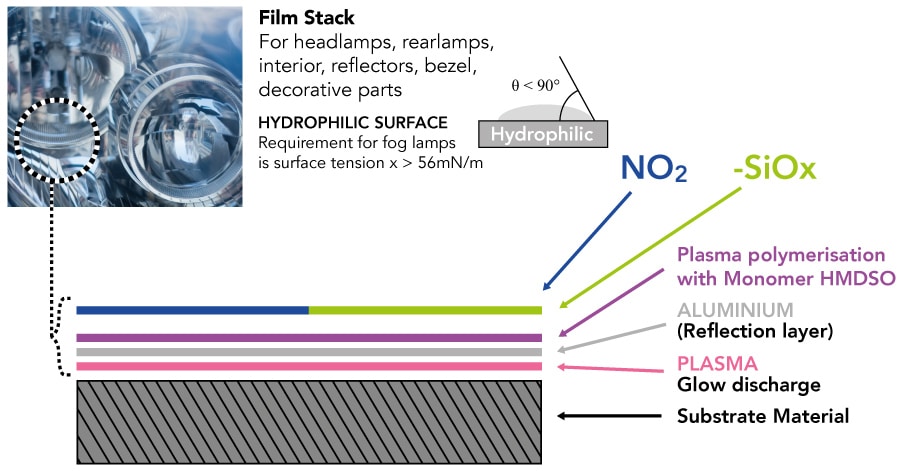 In addition, the team explored how HMDSO gas could be introduced at different flow rates, to suit the requirements of particular industrial applications. Their measurements showed that PECVD allows coating deposition rates and plasma ion densities to remain almost perfectly constant over time; increasing linearly with flow rate. Together, these studies have clearly demonstrated the advantages of PECVD over previous approaches to treatments of polymer surfaces.

Improving manufacturing techniques
Through their discoveries, Gosar and his colleagues have uncovered sophisticated new ways to ensure that functionalised polymer surfaces are strongly adhesive, and remain durable over time. By ensuring that plasma parameters are sufficient on industrial scales to allow uniform deposition through functionalisation and etching, they could resolve the issues faced by groups including Slovenia’s car manufacturers. The team will now continue to improve their techniques to be even better suited to practical applications, and may even open up new opportunities for research in areas relating to materials physics.

2. Initial stages in surface functionalisation of polymers by plasma radicals. Although thousands of scientific papers have been published on interaction between non-equilibrium gaseous plasma and polymers, we have not found a single paper on experimental determination of initial stages of surface functionalisation. The scientific challenge addressed in this project is therefore determination of the type of functional group(s) that is formed initially upon exposure of selected polymers to selected reactive gaseous species, and the fluence of said species necessary to saturate the polymer surface with a specific functional group. We shall develop a dedicated XPS (X-ray photoelectron spectrometer) preparation chamber which will enable adjustable density of said reactive species in the range between 1016 and 1020 m−3 for in-situ treatment of a polymer, probes capable of real-time measuring of the densities of reactive species, and our high-resolution XPS for surface characterisation. The result will be a database on the functional groups and corresponding fluences (published as a monography) and several scientific papers. Although only basic research is foreseen, the results will be suitable for users of plasma technology who often over-treat their materials, especially when using gaseous plasma for treatment of polymeric body implants, materials for food packaging and similar applications.

5. Innovative methods for purification of wastewater. 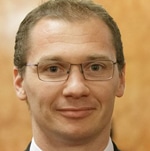 Dr Žiga Gosar (M), received his diploma degree in mechanical engineering in 2010 and his PhD in nonlinear mechanics from the University of Ljubljana in 2014, during which time he applied the high vacuum metallisation process within ELVEZ. He has been Head of Research & Development at ELVEZ since 2014. Dr Gosar received a Rectors Reward for Innovation in 2017. He is currently working towards his second PhD (plasma polymerisation) at the International Postgraduate school of Jožef Stefan. He is a member of SRIP ToP, and coordinator for robotics, and on the advisory board for project Co-production CeLL performing Human-Robot Collaborative AssEmbly.

Žiga Gosar’s work is focused on the optimisation of the production processes phase of plasma polymerisation. 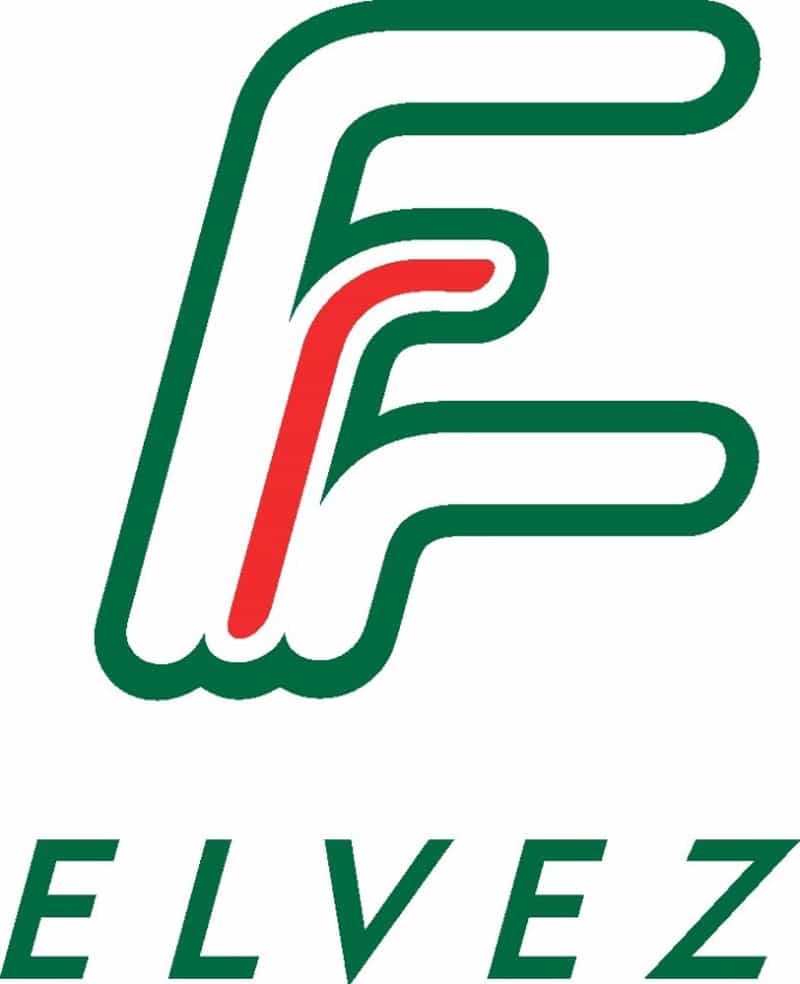