Biology
The large-scale death of bees could culminate in an ecological and agricultural disaster. This may present as significantly reduced wild and domestic flora, as well as drastically reduced availability of various fruits, vegetables and nuts. There are several pressures on the global bee population, e.g., use of pesticides, destruction of habitat and infection with pathogen-carrying mites. Professor Ivan Toplak, an epizootiologist at the University of Ljubljana, Slovenia, has conducted an epidemiological study involving the sequencing of four honeybee viruses in order to investigate their capacity to transmit between pollinators.

When the topic of bees arises, we often think of the bumblebee (Bombus) or the honeybee (Apis). However, there exist more than 20,000 species of bee (Coulson-Drasner, 2021). A third of our food production is dependent on bees for pollination (Cockburn, 2021), but crops such as rice, corn and wheat would likely be largely unaffected as they are wind pollinated. However, the production of most fruits, vegetables and nuts would suffer in the face of mass-scale bee decline of the kind we are currently seeing. In the UK, pollinators contribute an estimated £690 million to the economy (Centre for Food Security, 2018), yet one third of our wild bee population is waning. Alternative pollinators such as bats, birds, beetles and hoverflies are also responsible for the production of flowering plants; nonetheless, the extinction of bees as pollinators could be responsible for transforming many commonplace fruits and vegetables such as apples, melons, onions and lemons into rare, exotic luxuries.

What’s causing the death of bees?
There are many factors at play in the large-scale death of bees. Pesticides – such as neonicotinoids that are used on crops for pest control – are toxic to bees, causing problems such as impaired flight and navigation, paralysis, reduced sense of taste and weakened immune system, all of which influence a bee’s ability to forage for nectar. These types of pesticides are particularly harmful as they dissolve and absorb into the plant systemically, leaving the whole plant (including the nectar and pollen) compromised. Thankfully, the European Union banned the use of most of these types of pesticides in 2018. Progress is moving at a slower pace in the US: 12 types of neonicotinoid products (not the neonicotinoid pesticides themselves) have been banned by the United States Environmental Protection Agency (US EPA) as of 2019.

Habitat loss constitutes a further hazard. Wild hedgerows, meadows and the wildflowers that grow there are being reduced to make way for city building, deducting from shelter and food resources for many bees. For example, ground-nesting bees require loose, air-filled soil but in urban areas, this soil is being compacted by pedestrian and vehicular traffic or covered over by concrete. Furthermore, organic threats such as the Varroa mite which feed on honeybees are causing harm to bee colonies. Mites that are brought back to the hive by infected bees can spread viruses – most notably the Deformed Wing Virus, which has been known to cause the collapse of an entire bee colony in just 2–3 years.

The extinction of bees as pollinators could be responsible for transforming many commonplace fruits and vegetables into rare, exotic luxuries.

Viruses that affect bees have been a keen topic of research among entomologists and zoologists in recent years. Many honeybee viruses are endemic to the bee population and do not cause lasting damage unless excess stress is placed on the hive (such as exposure to harmful pesticides), which can undermine the hives’ ability to manage the infection. However, some of them, like the Chronic Bee Paralysis Virus (CBPV), can show similar clinical signs during infection than can be observed when bees are intoxicated. Honeybee viruses can be transmitted horizontally (passing of the virus between bees of the same generation) or vertically (passing of the virus from adult bees to offspring). Viruses can also be transmitted between different species of bees. Epidemiological studies of honeybee viruses provide important information in understanding the risk these viruses pose to the bee population.

DWV is an RNA virus which, as the name suggests, presents with developmental abnormalities in pupa (life stage in between larvae and mature insect), such as deformed and shrunken wings. DWV affects both honeybees and bumblebees.

SBV mostly infects the larvae of the honeybee, causing a failure to pupate and, ultimately, results in death, but can also infect adult honeybees, showing no signs of disease. This virus can be transmitted through infection of flower nectar by diseased bees or cross-contamination by beekeepers.

CBPV is an RNA virus that causes severe and chronic paralysis in honeybees, which usually die within one week of displaying symptoms (abdominal trembling, flightlessness and hairless abdomens). Due to the high virulence and short survival time of affected bees, this virus is known to cause the abrupt collapse of honeybee colonies.

ABPV also affects honeybees and has similar symptoms to its chronic counterpart. It is commonly transmitted to larvae from asymptomatic adult bees through the larval jelly. Infected pupa will die before they emerge from the brood comb (part of the beehive where the eggs are stored). Unlike CBPV, mature honeybees that are infected later in life may show no symptoms.

BQCV is a honeybee virus that is believed to be transmitted by a parasite known as Nosema apis. BQCV affects only queen bee larvae (the queen herself is asymptomatic). Queen bee larvae turn a black-brown colour and become paralysed, leading ultimately to death.

New research into viral strains and transmission
In the face of these pathogenic threats to the bee population, Professor Ivan Toplak and colleagues of the Veterinary Faculty, University of Ljubljana in Slovenia, have conducted a longitudinal study from 2007–2018, focusing on the viral strains of six honeybee viruses: ABPV, BQCV, CBPV, DWV, SBV and Lake Sinai Virus (LSV; a honeybee-infecting RNA virus which is closely related to CBPV) (Toplak et al., 2020). Prof Toplak and collaborators used a laboratory technique known as Reverse-Transcriptase Polymerase Chain Reaction (RT-PCR) to test a total of 148 healthy bumblebees of the species Bombus lapidarius (B. pascuorum, B. terrestris, B. lucorum, B. hortorum, B. sylvarum and B. humilis) and 180 honeybees (Apis Mellifera Carnica) collected from four different locales in Slovenia. RT-PCR can be used diagnostically to reveal the presence of a virus in a biological sample. This technique uses a fluorescent marker and an enzyme called reverse transcriptase to detect the presence of viral genetic material in a sample. The results of RT-PCR are generated in ‘real time’ (ie, available immediately to the researcher).

Signs of endemic trans-species transmission
Toplak and colleagues found that the same strains of four honeybee viruses (ABPV, BQCV, SBV and LSV) were also identified in bumblebee samples, which were collected at the same time of year and location. A possible explanation for this was the sharing of flower resources by both bumblebees and honeybees, resulting in cross-contamination of infected nectar. The prevalence of the four aforementioned viruses was higher in honeybee samples than in bumblebee samples. Even so, the rate of SBV amongst the bumblebee samples was higher than expected, but this could be due to a high concentration of the virus in the locations the samples were taken from.

It is currently unclear as to whether these viruses (notably the ones causing visible symptoms such as deformed wings or paralysis) have the same clinical effect on bumblebees as they do on honeybees. Therefore, it is possible that the low levels/absence of CBPV and DWV in bumblebee samples can be explained by the collection of only clinically healthy bumblebees for this study.

Toplak and his fellow researchers found that honeybees and bumblebees were infected with identical or remarkably similar strains of BQCV, ABPV, SBV and LSV.

Toplak and his fellow researchers found that honeybees and bumblebees were infected with identical or remarkably similar strains (98.7–100 % nucleotide similarity) of BQCV, ABPV, SBV and LSV. Genetically identical strains of these viruses have been identified in bumblebee samples collected for this study when compared to strains found in historic honeybee samples collected by a voluntary monitoring programme in Slovenia. This confirms the suspicion that several local endemic strains of these honeybee viruses are also infecting bumblebees. Furthermore, this study demonstrated that there is a high level of genetic diversity among endemic strains of BQCV, ABPV, SBV and LSV. This is surprising, given that Slovenia is a relatively small country, spanning a small geographic area.

In an earlier study by Toplak and colleagues based on sampling from the same apiaries and colonies, it was shown that ABPV, DWV, CBPV and BQCV viruses were found in the highest prevalence in foraging bees and in lower prevalence in hive bees, with the least viral infection detected in pupae samples (Ciglenečki et al., 2014). This suggests that foraging bees may be most responsible for the transmission of viruses between colonies during pasture (the feeding of bees on nearby plants and flowers).

Next steps: what now?
This research conducted by Toplak and colleagues shines a spotlight on honeybee viruses, an important cause of the decline of global pollinators. The identification and sequencing of these viruses expand the pool of knowledge on this topic, and Toplak recommends that further epidemiological studies of a similar nature need to be carried out on other types of pollinators to help control the spread of these viral infections. The preservation of these insects is crucial to the flourishing of lush, healthy flora and the continued successful cultivation of many different types of fruits, vegetables and nuts that mankind take for granted.

What inspired you to conduct your research?

<>
Molecular epidemiology studies may provide comprehensive insight into the transmission, reservoirs identification and evolution of viral pathogens. Similar approaches and methods used for researching the most dangerous viral diseases of animals can also be utilised when studying honeybees and other pollinators. Carniolan honeybee (Apis mellifera carnica, Pollmann) is an indigenous breed of honeybees in Slovenia, protected by national law. As a virology expert, a significant part of my career is spent exploring honeybee pathogenic viruses. This is an exciting area of research, which provides some additional insight into already well-known problems of pollinators declining all over the world. 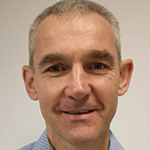 Ivan Toplak is a professor of epizootiology at the Veterinary Faculty, University of Ljubljana. His research is based on new molecular and classical methods for the detection and tracing the spreads of emerging and endemically present viral pathogens in various animal species.

Prof Toplak studies honeybee and bumblebee viruses that are being transmitted between different pollinators.

This research was financially supported with Program Group P4-0092 (Animal health, environment, and food safety) grant and the CRP project V4-1622 (The importance of wild pollinators for crop pollination and sustainable management in agriculture to ensure reliable pollination), financed by the Slovenian Research Agency of the Republic of Slovenia from the state budget.