Today’s latest laser technologies can be used for a diverse array of applications. Currently, however, their use is being hindered by a lack of knowledge about certain power thresholds, above which lasers can damage valuable materials and components. Through their research, Dr Jan Vanda and colleagues at the HiLASE Centre, part of the Institute of Physics at the Czech Academy of Sciences pushes accuracy of established schemes and introduces new testing procedures to accurately test these thresholds in a diverse variety of materials. Their approach enables researchers and manufacturers alike to better exploit the advanced capabilities of modern high power lasers.

Over recent decades, laser technologies have advanced at a breakneck pace. Today, even commercially available lasers are able to produce high intensity beams which would have been unthinkable just a few years ago, and can focus their light onto desired targets with pinpoint precision. Thanks to these advances, researchers now have access to compact laser equipment, including cutting-edge facilities like HiLASE in the Czech Republic.

Today, high power laser systems are being used in a wide variety of research applications, from aeronautic, automotive, biomed and pharma, for 3D printing, power generation and tooling, and towards material physics. In particular, they are critical for studies involving complex arrangements of optics, where beams must be fired along precisely defined directions, often used at laser particles acceleration facilities. Elsewhere, lasers are increasingly being used for industrial applications, where they can enable procedures including cutting, drilling, and surface texturing to be carried out with extreme degrees of precision on a variety of materials.

Unfortunately, today’s most advanced lasers are presenting a novel problem to the many groups which benefit from them. Since no material is invulnerable to damage from lasers, it can be incredibly difficult for constructors and developers to determine how far they can stretch their capabilities. “Increasingly powerful lasers are now being built to meet the needs of evolving technologies,” says Dr Vanda. “Laser damage is a key parameter for all components in any high-power laser system, establishing limits of maximum achievable energy in a laser beam.”

Since these limits can vary widely between different materials and laser parameters, there is no easy way for researchers and manufacturers to accurately define where they lie. Without this knowledge, they must operate their lasers carefully, well below their maximum possible energies, where they are known to not present any risk to their own components. This problem places a stringent limit on the maximum possible energies at which lasers can operate.

Laser damage is a key parameter for all components in any high-power laser system, establishing limits of maximum achievable energy in a laser beam.

Quantifying damage thresholds
To alleviate this issue, a set of standards was introduced by the International Organisation for Standardisation (ISO) in 2011. “By the ISO 21254 standard, the LIDT is defined as highest quantity of laser radiation incident upon a material, for which the probability of damage is zero,” Dr Vanda explains. “Therefore, to ensure stability and reliability of any high-power laser, it is necessary to have the means to accurately the determine laser induced damage threshold (or LIDT).”

Depending on environmental conditions, the LIDT can vary widely based on optical components selection and laser operation parameters. Within the interiors of samples, imperfections and defects at molecular and atomic levels will often result from ageing, conditioning, and environmental wear. If they are exposed to laser beams with sufficiently high energies, these features can induce unpredictable optical effects including scattering, absorption, and interference in laser light. On small scales, all of these features can strongly enhance the strengths of the electric fields carried by laser beams.

Comparable effects can also be found on material surfaces, which feature imperfections including roughness, optical absorption, and the presence of contaminating particles; all of which can induce destructive local heating, interference and other disruptive effects. If any of these factors are not fully accounted for in LIDT evaluation, laser operators risk inflicting potentially irreversible damage on their systems, even if they adhere to ISO standards. For Dr Vanda’s team, this calls for improved methods for determining LIDTs in specific materials and conditions. To do this, the researchers have developed advanced new techniques for testing laser damage at HiLASE.

Measurements at HiLASE
Situated just outside Prague, HiLASE is home to two state-of-the-art laser sources, named Bivoj and Perla. While the two systems produce light in different ways, they both operate by generating pulsed laser beams with extremely high peak powers. When these pulses are directed onto material samples, in conditions where the humidity, temperature, and dust particle concentration is tightly controlled, their high energies enable the LIDT to be measured using laser beams with large diameters. Compared with previous studies, this allows Dr Vanda’s team to calculate damage thresholds over larger areas – significantly reducing errors in their results. Further, such laser sources enable more options when designing laser damage tests for particular areas and applications.

“At HiLASE, we are aiming to develop an accurate and versatile laser damage testing facility,” Dr Vanda describes. “In doing so, we hope to enable higher energies, and improve the reliability and overall feasibility of developed laser systems. These efforts have led HiLASE to construct and operate some of the brightest lasers in the world.”

Through their experiments, Dr Vanda and his colleagues have now used their setup to measure the LIDTs of a wide variety of components, including bulk metals, dielectrics and semiconductors; basic optical parts like mirrors and lenses; as well as state-of-the-art complex elements, like nanostructured anti-reflective surfaces and hybrid mirrors. These hybrid mirrors, consisting of silver layer topped with a multistack dielectric reflector, are a typical example of HiLASE’s LIDT testing approach. Although such components combine advantages of metallic and dielectric mirrors, their behaviour is not easily predictable, in particular when used with high-energy, large-aperture laser beam.

The results gathered by Dr Vanda’s team could soon provide valuable insights into how lasers should be operated in many everyday situations.

Since even highly reflective dielectric mirrors must always absorb some light, and metallic coatings are susceptible to the heat deposition generated by absorption, it is particularly important for researchers to measure their damage thresholds at different exposition conditions. In this study, the team were able to successfully determine the LIDT value for hybrid coatings in the picosecond range for the first time and address the issues of different techniques used for coatings deposition.

In another study, Dr Vanda’s team demonstrated HiLASE’s LIDT testing capabilities by measuring values in nanosecond regime for both highly- and anti-reflective coatings when they were deposited onto three different substrates: YAG, fused silica and BK7 glass. Samples were selected to demonstrate testing capabilities for novel ZrO2-based coatings deposited by so-called IAD technique, where LIDT values were used as a feedback for the manufacturer on the efficacy of the developed coating process. In each case, the HiLASE testing facilities enabled the researchers to quantify LIDT values for all arrangements of substrate and coating, to unprecedented degrees of accuracy.

Improving performance in real applications
Through their continuing experiments, the results gathered by Dr Vanda’s team could soon provide valuable insights into how lasers should be operated in many everyday situations. Where these applications were previously hindered by uncertainties in the laser energies at which damage occurs, the testing facilities at HiLASE provide long-awaited solutions. As Dr Vanda concludes, “Utilising our laser damage expertise, unique laser sources accessible at HiLASE, and our knowledge of different application areas, we were able to explore areas including efficient coating removal, laser material processing, interference patterning, or fibre beam delivery.”

Such advanced techniques would greatly simplify a variety of common tasks. For industrial manufacturing, these could include the replacement of aged or damaged coatings, which are often firmly adhered to material surfaces. While laser-based processes for removing these coatings often risk harming the material underneath, the team’s testing techniques enable delivery of just the right amount of laser power, without any risk of damage. By constructing intricate interference patterns between crossing laser beams, manufacturers could also ablate out specific repeating patterns onto material surfaces, enabling control over properties as frictions, wettability or biocompatibility. Users with the knowledge of material damage behaviour would be able to optimise their processes towards higher yield and efficiency. Furthermore, operators may map out the elevation profiles of rough surfaces, and steer the paths of laser beams by directing them through optical fibres, along with a wide array of other potential uses.

Alongside these myriad industrial applications, the team’s approach could enable researchers to operate experiments involving complex optical setups more safely. With the reassurance that no costly damages to experimental components will occur, these researchers would finally be able to operate advanced lasers at their highest possible brightness – which would have been considered far too risky only a few years ago. 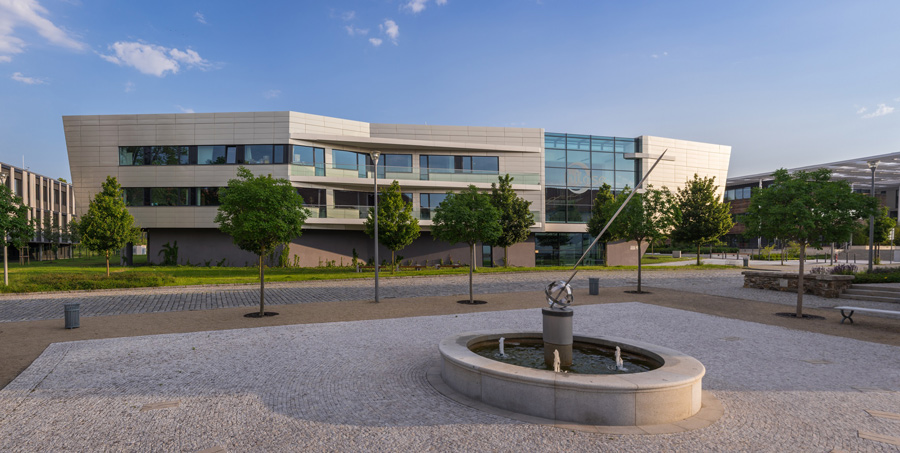 How easy will it be for other laser facilities to replicate your testing approach?

<> This is actually quite a tricky question. In theory, our approach could be transferred anywhere as it utilises well-known principles and processes. However, this approach benefits from our team’s long-term experience in the field, combined with our unique background of developing state-of-the-art laser systems.

Our target is to take research principles from the scientific laboratory and transfer them towards real world applications, which is always a complicated task. We have an established team of highly educated, skilled, devoted and enthusiastic people, and this is extremely difficult to replicate. Nevertheless, we are here and always keen to help anyone with his problem. 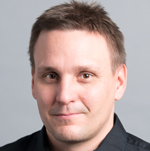 Jan Vanda received his PhD degree in Optoelectronics from the Technical University of Ostrava, Czech Republic. He completed a one-year Marie-Curie fellowship as post-doc at FORTH-IESL Crete, where he researched microstructured fibres and superparamagnetic nanoparticles. He then joined Czech Office for Standards as a national secretary for international standardisation organisations IEC, CENELEC and ETSI. In 2011 Dr Vanda joined the Institute of Physics CAS, where he participated in the HiLASE project exploring laser induced damage phenomena. He is currently head of the LIDT laboratory at HiLASE Centre, Czech Republic.