Physical Sciences
The Earth’s ionosphere provides a crucial barrier between the lower atmosphere and outer space – yet relatively little is known about how the complex dynamics of this layer are influenced by low-frequency atmospheric waves, generated close to Earth’s surface. In his research, Dr Jaroslav Chum at the Institute of Atmospheric Physics in Prague uses advanced observation techniques to investigate the unique physical characteristics of ‘infrasound’ and ‘gravity waves’. His team’s discoveries could have important implications for atmospheric science – as well as systems including satellite communications and early warnings for natural disasters.

Beyond the upper reaches of Earth’s atmosphere, streams of high-energy charged particles and photons originating from the sun travel freely through space. This solar wind would unleash immense damage if it were able to reach Earth’s surface – yet as the particles and photons interact with the upper atmosphere, their energy is dissipated as they strip neutral atoms of their outer electrons. This generates a layer of plasma, containing both the ionised remnants of neutral atoms and freely travelling electrons which aren’t bound to any atomic nuclei. Named the ‘ionosphere’, this layer spans altitudes roughly ranging from 50 to 1,000 kilometres.

Interactions between the ionosphere and solar winds have now been widely studied, but less is understood about how this important layer is affected by processes taking place underneath. ‘Electron concentration in the ionosphere is primarily controlled by ionizing radiation coming from the Sun’, Dr Chum explains. ‘But many perturbations might be induced by atmospheric waves – including ‘infrasound’ and ‘gravity waves’, propagating from below.’

Infrasound and gravity waves
The infrasound waves Dr Chum describes are sound waves with frequencies far lower than our ears can pick up, which are often generated by dramatic events like earthquakes or hurricanes. With wave periods lasting as long as 4 minutes, these waves are able to propagate far into the upper atmosphere, where sparse air densities would quickly diminish the energy of any higher-frequency waves.

In addition, gravity waves form at the interfaces between bodies of air with different densities, such as in weather fronts. As the atmosphere seeks to restore a balanced state, an interplay between the buoyancies and weights of different bodies of air will generate oscillating waves in air density with periods exceeding 5 minutes, which can also travel far into the upper atmosphere. Not to be confused with gravitational waves – a completely different effect – gravity waves play an important role in connecting different layers of the atmosphere.

Dr Chum’s team have used advanced measurement techniques to assess the unique characteristics of both gravity and infrasound waves once they reach the ionosphere.

As Dr Chum illustrates, gravity waves play a far greater role in altering the dynamics of the upper atmosphere than infrasound. ‘Gravity waves are observed in the ionosphere much more frequently than infrasound’, he says. ‘They deposit momentum and energy in the region in which they dissipate, affecting neutral winds and temperature in the upper atmosphere, and also causing travelling ionospheric disturbances.’

In two recent studies, Dr Chum’s team have used advanced measurement techniques to assess the unique characteristics of both gravity and infrasound waves once they reach the ionosphere. Their discoveries would have important implications for our understanding of the deeply complex dynamics of Earth’s atmosphere.

Sending sounding frequencies
Periodic changes of electron densities in the ionosphere, induced by atmospheric waves, can be detected by analysing the sounding radio waves reflected from the ionosphere. Due to the Doppler effect, the frequency of this reflected wave will be lower or higher than the original, to an extent which depends on the speed of plasma motion caused by the atmospheric wave.

Through their previous research, Dr Chum’s team exploited this effect to directly assess the properties of real infrasound and gravity waves. This involved sending radio waves with a range of different frequencies vertically upwards, from several different locations. By capturing any reflected radio waves and measuring the time delays between Doppler fluctuations at different locations, the researchers could determine the speeds, shapes, and altitudes of infrasound and gravity waves: techniques named ‘Doppler sounding’ and ‘ionospheric sounding.’

Over a year of observations between 2018 and 2019, Dr Chum’s team carried out an in-depth demonstration of the technique, by detecting signatures of gravity waves in the ionosphere overlying the Czech Republic. ‘We carried out unique 3D observations and statistical analysis of gravity wave propagation and characteristics in the ionosphere, at heights around 200 km’, Dr Chum recounts. ‘Our results were based on remote sounding, using continuous, high frequency Doppler radar.’

Patterns in propagation changes
As the team hoped, their measurements revealed a clear picture of gravity waves travelling through a small section of the upper atmosphere, and how their energy was being dissipated. ’The energy of most of the gravity waves we observed in the ionosphere propagated diagonally upward, with downward propagating ‘phase velocities’ – a property of gravity waves’, describes Dr Chum. ‘The attenuation of their wave energy increased with height.’

From the Doppler-shifted frequencies of their sounding radio waves, the team determined that the gravity waves they observed propagated at velocities between roughly 100 and 220 m/s, with wavelengths – corresponding to the distance between travelling regions of high-density plasma – ranging between around 80 and 300 km. In addition, the results revealed characteristic changes in the properties of the waves both throughout the day, and between seasons.

In the summer, the team found that the waves tended to propagate northward towards the North pole at night while in the winter, they tended to travel in the opposite direction, towards the equator, at midday. A further interesting effect could be seen in the direction of travel of the gravity waves: while the energy they carried travelled in vertically upwards, the effects of buoyancy meant that the waves themselves travelled in the opposite direction, towards the Earth’s surface.

Signatures of earthquakes
In an additional study, Dr Chum’s team used similar radio sounding techniques to investigate the far more subtle signatures of infrasound waves – this time taking their observations from the Czech Republic, Argentina, and Taiwan. Firstly, they studied the sound generated by seismic waves travelling through Earth’s crust, which were themselves triggered by powerful earthquakes in Japan in 2011, and in Nepal and Chile in 2015. As these ground waves interacted with the atmosphere, they generated infrasound waves which propagated upwards into the ionosphere.

The ionospheric monitoring and investigation could lead to new ways to provide early warnings against tsunamis.

The researchers noted that the infrasound waves could reach the ionosphere due to the laws of energy conservation – which caused them to substantially increase in amplitude as they travelled into the increasingly sparse upper atmosphere. ‘The waveforms of earthquake-induced ionospheric perturbations, observed at relatively short horizontal distances from the epicentre, differed substantially from the waveforms of ground surface motion’, explains Dr Chum. These differences took the form of distinctive N-shaped pulses. Resembling shockwaves, these features didn’t appear in the Czech Republic, which was thousands of kilometres from all three earthquakes. The researchers concluded that the N-shaped pulses were formed by nonlinear effects that took place due to large infrasound amplitudes in the upper atmosphere.

Satellite communications and early warnings
The team’s results have now offered many new insights into how the ionosphere’s complex dynamics are influenced by processes far closer to Earth’s surface. In turn, they could have important implications for crucial systems of communicating satellites – which must send and receive messages by passing through the ionosphere. ‘As the ionosphere influences propagation of electromagnetic waves, including signals from global navigation satellite systems, a knowledge of its state and variability on various time scales is important for operating technological systems’, Dr Chum explains.

Elsewhere, the ionospheric monitoring and investigation could lead to new ways to provide early warnings against tsunamis. These events are triggered by powerful earthquakes with epicentres far out at sea, generating atmospheric perturbations which can reach the ionosphere before the tsunami hits the coastline. ‘Real-time recognition of ionospheric perturbations induced by atmospheric waves generated by tsunamis is a big challenge for potential future research’, Dr Chum adds. ‘It might find an application in tsunami early warning systems, where perturbations are observed before the tsunami hits the coastline.’ By drawing from the team’s results, such systems could provide vulnerable coastal communities with crucial time to evacuate and prepare for the waves.

Dr Chum and his colleagues will now aim to further explore how infrasound and gravity waves influence the dynamic barrier between Earth’s hospitable atmosphere and the hostile environment of outer space. Besides the basic research, their findings, as well as those of other ionospheric teams, could soon inform new measures to improve the many modern systems which rely on satellite communications – potentially saving many lives from unpredictable natural disasters.

What measures could be taken to further improve your radio sounding techniques?

<>
Improving Doppler sounding can help us distinguish between ordinary and extraordinary radio waves (splitting these two wave modes occurs in the ionosphere due to the Earth’s magnetic field). This could enlarge signal-to-noise ratio and number of intervals that can be reliably analysed.

We would like, together with Argentinian colleagues, to upgrade the Doppler system in Argentina to a multi-frequency system which will allow 3D analysis of gravity waves, similarly as currently utilised by research teams in the Czech Republic. The current single-frequency system makes only possible 2D horizontal propagation analysis.

We would also like to use other techniques to get information from different altitudes.

Investigating gravity waves and infrasound in the ionosphere was last modified: September 24th, 2021 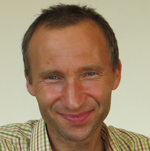