Biology
Plants face a large number of threats from their surroundings. When microbes such as fungi act as pathogens on plants, they can cause disease. Some fungal pathogens of wheat appear as symptoms of spots on the leaves. Two important fungal species are the tan spot pathogen and the septoria nodorum blotch pathogen. These fungi can infect the same plant and are even found in the same lesion. Dr Reem Aboukhaddour and collaborators in Canada and elsewhere are trying to understand the dynamics of these pathogens on the prairie and ascertain their interaction on wheat and other grassy species.

In the plant kingdom, disease is an exception rather than a rule. Plants are exposed to numerous threats from their environment, yet in most cases, they can survive. In the case of microbial pathogens, some plants act as hosts and are susceptible to the pathogen. The pathogen has strategies in place to attack host plants and cause them to die, but they can survive on other plants (secondary hosts) without causing disease. Pyrenophora tritici-repentis (Ptr) and Parastagonospora nodorum (P. nodorum) are two fungi that cause spots on wheat leaves, and they share one important gene (ToxA) that is required for disease. Several projects are taking place in Dr Reem Aboukhaddour’s laboratory under the leaf spot umbrella, and with collaborators she is studying these pathogens to gain a better understanding of their prevalence and how these pathogens affect wheat and other related species on the prairies.

Lifestyle of a fungus
Fungi are a kingdom of organisms that have diverse lifestyles. They can be found to inhabit several places on earth, including human skin, soil and decaying organic matter. Being non-photosynthetic (they cannot make their own food), fungi depend on their surroundings to obtain nutrients. Fungi can live on plants, either in collaboration with the plant, whereby both the plant and fungus mutually benefit from each other (symbiotic relation), or as a pathogen (parasitic relation), where only the fungus benefits. Some fungi, called saprophytes, thrive on dead organic matter.

In the case of a plant pathogen, the parasitic fungus invades the plant and obtains its nutrients from the host. If the host is living the fungus is called a biotroph, and if the fungus invades and kills the host cells and thrives on them, it is called a necrotrophic fungus. Whichever mode of lifestyle the fungus adopts, the one common factor is that the fungus needs to obtain its nutrients from another source in order to survive. Moreover, the lifestyle chosen by the pathogen determines how it attacks the plant and whether or not it can successfully cause disease.

ToxA is a major virulence gene affecting wheat and has evolved differently in different species/locations.

There are several devastating plant diseases that are caused by both biotrophic and necrotrophic fungi. This in turn has a huge impact on crop production in agriculture. Disease occurs when the pathogen (in this case the fungus) overcomes any barriers and defence responses put up by the host plant, thereby infiltrating host tissues and causing cell death. In the case of a necrotrophic fungus, the pathogen produces small proteins and molecules – called necrotrophic effectors – that can alter the structure and function of host cells. These necrotrophic effectors, previously known as host-specific toxins (HSTs), are toxic only to certain genotypes of the host plant. This mode of action is present in the tan spot (Ptr) and septoria nodorum blotch (P. nodorum) pathogens.

Mode of attack
Ptr and P. nodorum are destructive necrotrophs that have a wide host range of cereal and non-cereal grasses. These fungi, upon contact with the wheat host, secrete various combinations of necrotrophic effectors; each effector needs to interact with its corresponding receptor in the plant to cause a disease. These receptors are proteins that are usually encoded by dominant plant susceptibility genes. This explains why these fungi are specific in their action and cause diseases in certain wheat varieties that carry these matching susceptibility genes but cause no damage to plants lacking these genes. The ability of these fungi to secrete combinations of different effectors vary by the different races (varieties of the fungus) in different geographical locations.

Ptr can cause mild symptoms on certain barley genotypes, but the ability of Ptr to grow without causing symptoms on resistant barley may reflect various levels of adaptability versus pathogenicity.

In a recent collaborative project, Dr Aboukhaddour and colleagues have shown that in North Africa, a potential new necrotrophic effector is widespread in Ptr populations in Tunisia. They are currently working on identifying this effector at the molecular level (Kamel et al., 2019). In North America and Australia, ToxA is the major necrotrophic effector, and is of particular importance because most North American wheat varieties are sensitive to ToxA. Both Ptr and P. nodorum as well as other leaf spotting pathogens produce it. The team have examined the various effectors secreted by P. nodorum in Canada and studied the prevalence of sensitivity to these effectors in Canadian wheat. This is to help guide plant breeders to exploit genetic resistance of wheat towards the pathogen. ToxA is a major virulence effector affecting wheat, and it is a protein encoded by a single gene. Therefore, by investigating the different form (haplotypes) of ToxA in several leaf spot producing pathogens, the scientists reported on the relationship between the various haplotypes at a global level to predict the evolution of such important virulence effector in various species/locations (Hafez et al., 2020).

Barely damaged barley
Ptr as a fungus on the prairies interacts not just with wheat. Therefore, examining its interaction with various hosts may provide a deeper understanding of the evolution of this pathogen, which can help us manage it. Little is known about how these fungi interact with their secondary hosts, such as barley. In recently published work, Dr Aboukhaddour and colleagues examined the interaction of Ptr races with different varieties of barley. The authors found that Ptr races caused mild yellowing of leaves on certain genotypes, but not on others, and this was caused by ToxB, another protein effector produced by certain Ptr races (Aboukhaddour and Strelkov, 2016). The symptoms on susceptible barley leaves were much weaker than those observed on wheat, suggesting that the mode of action of the fungus was different on both hosts. They also found that a single gene location in barley determined the susceptibility to Ptr, but the exact identity or nature of the gene involved needs further investigation (Wei et al., 2020). At a cellular level, it appeared that Ptr infected barley in a similar manner as it does in wheat. However, unlike wheat where the fungus cannot colonise resistant genotypes, the fungus on barley could grow further in resistant barley genotypes without showing symptoms, and only causing mild symptoms in susceptible genotypes. The ability of Ptr to grow without causing symptoms on resistant barley may reflect various levels of adaptability versus pathogenicity.

Given that pathogens are at a constant battle with crops, the challenge is to identify the scope of a potential pathogen to infect different crops at a global level. This will enable breeders to develop crops resistant to varieties of the pathogen and therefore win the battle. 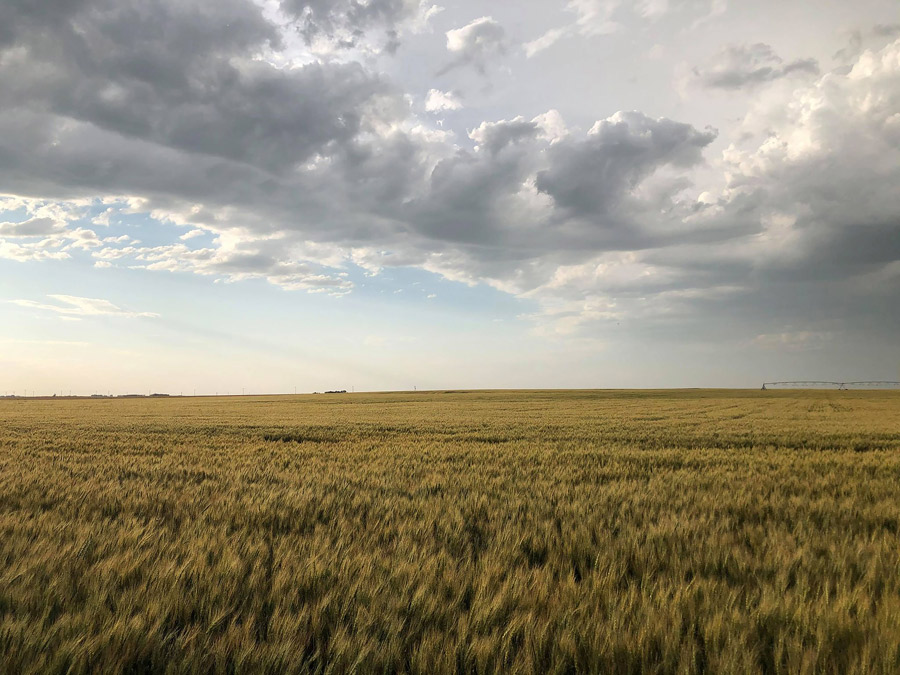 <> During the past 100 years, we have witnessed the sudden emergence of a number of diseases caused by necrotrophs. These pathogens were either weaker pathogens on wild relatives or species that were not even known to cause any disease. Then, all of a sudden, the pathogens caused epidemics on several crops, as a result of wide adoption of a new genotype to which its sensitivity to necrotrophic effectors was unknown, or because of the ability of a fungus like in Ptr to acquire a gene for virulence from other fungal species by asexual means of horizontal gene transfer. In all scenarios, the wide adoption of one type of crop on large area has facilitated selection pressure for these pathogens on the same niche to share the same virulence genes. Therefore, global surveillance for pathogens in local environments on crops and on other secondary hosts and exploring the pathogen ability to interact with these hosts are of importance. Once we understand the pathogen better, we can effectively eliminate susceptibility from our crops to achieve durable resistance. Other practices such as diversifying rotations will also help mitigate leaf spot diseases’ negative impact.

Leaf spots on the prairies was last modified: June 18th, 2021 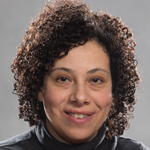 Dr Reem Aboukhaddour obtained a master’s degree from Wageningen University in the Netherlands and a PhD at the University of Manitoba, Canada. She has been a postdoctoral fellow and research associate at University of Alberta, and is currently a research scientist at AAFC, focusing on cereal fungal pathogens.