Biology
Nutrient-poor soils in Africa is a pressing issue. As a result, many people in the African continent suffer from nutrient deficiency due to not being able to access nutritious foods. This is what makes the work of Professor Felix D. Dakora of Tshwane University of Technology so important. His pioneering research into finding foods that will enable increased nutrient consumption in the diet, and his work demonstrating that the application of nitrates, typically found in fertilisers, can actually decrease the amount of trace elements in certain foods, is of vital importance for Africa’s rural populations.

Nutrient deficiency is a major health problem on a global scale, and nowhere is this issue more apparent than in Africa. Due to the inherently low concentration of nutrients in African soils, exacerbated by the common practice of cultivating crops without fertilisers, and the removal of left-over crop residues after grain harvest, nutrient deficiency is a serious problem in the continent.

A background to the problem
Due to the inherently low levels of nutrients in African soils, approximately 232 million people suffer from trace element deficiency in the African continent. Examples of common nutrients that people are deficient in include iron, zinc, selenium and iodine. Trace elements are chemical elements present only in minute amounts in soil and have a relatively low presence in foods. Despite being found in low levels, these trace elements are nonetheless important.

In small doses, they are vital for brain development and are purported to reduce the risk of chronic diseases such as cancer, cardiovascular disorders and age-related degenerative diseases. Their deficiency can also lead to stunted growth, a critical issue when considering that many children suffer from trace element deficiency in Africa.

In South Africa, the problem is so severe that there is now a policy of supplementing food materials for children with trace elements such as iron, zinc and selenium in order to meet the dietary requirements recommended by the World Health Organization. While this is of course a necessary short-term solution, it is not sustainable in the long-term.

Due to the low levels of nutrients in soils, approximately 232 million people suffer from trace element deficiency in Africa.

Although eating seafood, dairy products and meat can provide trace element supplements to the diet, this is not a feasible solution for poorer communities in rural Africa, as these communities cannot afford these types of foods.

The potential of legumes
Due to not being able to rely on animal products for nutrition, Professor Felix Dakora has been researching ways in which to increase trace elements in peoples’ diets through increasing the consumption of certain types of vegetables over others, and has specifically been researching the potential for legumes to be used as a way of increasing the amount of trace elements that people have access to in their diets.

Legumes are already known for their ability to provide plant protein, but there has been little assessment of the relationship between legumes and mineral accumulation prior to Professor Felix Dakora’s research. A legume is a type of flowering plant that has a symbiotic relationship with nitrogen-fixing bacteria in the soil.

This means that the bacteria live in the root systems of the plant and convert nitrogen gas from air in the soil into ammonia, which is then used by both the bacteria and the plant to grow. The bacteria benefit from being able to live in the plant roots where they obtain food made by the plant for their growth, while the plant in turn benefits from nitrogen compounds produced by the bacteria. As a result, legumes are able to take up more mineral nutrients from the soil, thus increasing the amount of trace elements that they contain.

In a comprehensive study undertaken in 2005 and 2006, Professor Felix Dakora proved the benefits of consuming a particular legume, commonly known as cowpea, as a way of increasing trace elements within the diet. In this study, the concentrations of trace elements within the leaves and grain of 27 different types of cowpea were assessed, and it was found to contain up to three times more iron than is found in spinach! This study showed the potential of cowpea consumption for preventing trace element deficiency in rural African communities, especially within children; this has huge implications for human nutrition and health. 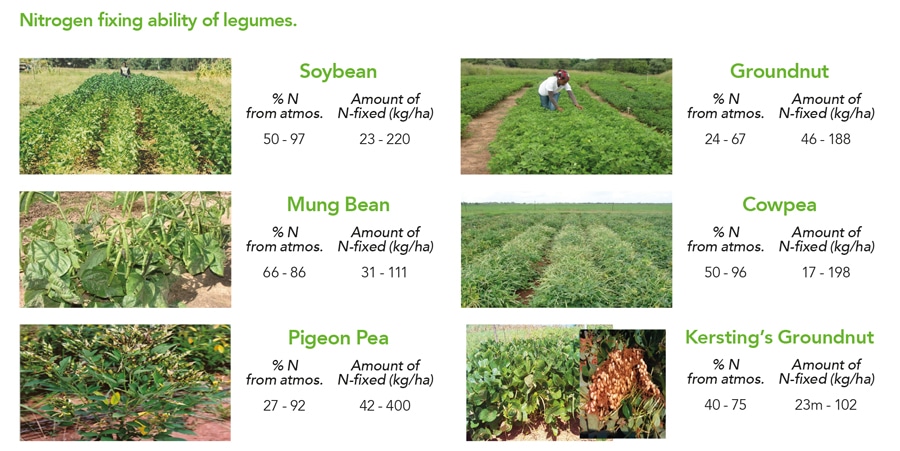 To further this research, Professor Felix Dakora and his group also studied the concentrations of trace elements in the different genotypes of cowpea. Genotypes are types of the same species but with slightly different genetic makeups.

This research has incredible practical implications. For example, if certain genotypes of cowpea have higher concentrations of trace minerals, then less of their leaf matter needs to be consumed in order to obtain a satisfactory amount of trace elements in the diet. This means that growing certain types of cowpea over others for consumption has huge health benefits.

Professor Dakora has paved the way for further research, showing that more needs to be done to identify suitable crop plants that exhibit high levels of trace elements.

Professor Felix Dakora’s work also indicates that the cowpea genotypes that contain higher amounts of trace elements in their leaves are high nitrogen fixers, due to their physiological make up. This means that they are efficient at the process previously mentioned; and they are able to accumulate large amounts of nitrogen in their biomass.

Understanding this is crucial; with careful breeding of select plants, the high nitrogen-fixing trait could be enhanced. This research has the potential to overcome trace element deficiency in rural Africa through plant breeding.

Significantly, this research shows that the consumption of legumes has great potential to decrease trace element deficiency in humans. While the study did not necessarily indicate how these trace elements will be processed when consumed, Professor Felix Dakora has paved the way for further research, in particular to identify suitable plants that exhibit high levels of trace elements in edible plant parts.

The problem with nitrates
Professor Felix Dakora has done additional research into the issue of trace element deficiency, but taking a different path, which looks at the potential of adding nitrates to plants to increase the amounts of minerals and nutrients that they contain. Nitrate fertilisers are notorious for contributing both to ground and water pollution, as well as to global warming. Despite this, they are thought of as the solution to increasing crop yields, and therefore food security, in many situations. However, in a study undertaken in 2012, along with student researchers in his laboratory, Professor Felix Dakora demonstrated that in the case of increasing trace elements in diets in Africa, adding nitrates to crops would have the opposite intended effect.

The study tested how several legume plants (including cowpea) would respond to the addition of nitrates. The results of his study showed that adding nitrates to five different legume species significantly altered the concentration of mineral elements in their leaves, stems and roots. In many of the legumes, certain nutrient quantities increased; for example, in one species, commonly known as water blossom pea (Podalyria calyptrate), the concentrations of calcium increased in all parts of the plant, while the concentrations of potassium and iron increased in only the leaves.

These increases in nutrients can be explained; as the plant feeds on nitrates, it also needs to take in potassium and calcium in order to restore ion balance. While this may sound like good news, the study actually found that while nitrates can increase concentrations of some elements, nitrate supply significantly decreases the concentration of trace elements, thus decreasing the dietary value of legume leaves. The study further found that the concentrations of trace elements including manganese, zinc and boron decreased in four legume species after nitrates had been applied. The study also found that the addition of nitrates to legumes as they grow had the potential to decrease the ability of these plants to fix nitrogen, which is so desperately needed for sustainable crop growth and yields. Professor Felix Dakora’s research has shown that certain types of plants can contribute more in terms of combating trace element deficiency and that although nitrate use can increase some nutrients in plants, it decreases trace elements and therefore cannot be used to solve the problem. Taken together, this research provides a very clear takeaway message; that there is huge potential for legumes grown in certain ways to decrease trace element deficiency in rural Africa.

Although trace element deficiency is a serious problem in many rural areas in Africa, Professor Felix Dakora’s research into both the potential of legumes to contribute to lowering rates of trace element deficiency and the effects of adding nitrates to these plants is of crucial importance. He has shown that including legumes in agricultural systems is necessary for enhancing nutritional security in Africa, and that nitrate use is not necessarily part of this solution. 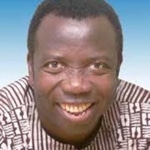 Professor Dakora’s research investigates biological nitrogen fixation with a focus on the legume, the interaction between microbe and host plant, as well as the microsymbiont itself.

The Bill and Melinda Gates Foundation, the National Research Foundation of South Africa, the South African Research Chair in Agrochemurgy and Plant Symbioses, and the Tshwane University of Technology, Pretoria.