Health & Medicine
Many illnesses are currently treated with drugs that block the action of disease-causing proteins. Often, these drugs work well initially, but over time can become toxic or less effective. A new class of therapeutics called protein degraders, including proteolysis targeting chimeras (‘PROTACs’) and molecular glues shows promise to overcome these challenges. They do so by targeting the disease-causing protein for destruction, utilising the cell’s own machinery to induce degradation. Although the development of protein degraders is still at an early stage, these drugs have the potential to offer a more effective treatment for some serious diseases. Dr Danette Daniels, Dr Kristin Riching and Dr Marjeta Urh of Promega Corporation, Madison, USA, are aiding these efforts by developing novel technologies to characterise the cellular function and mechanism of action of targeted degradation compounds in living cells.

Proteins are large and complex molecules, with an almost unimaginably vast range of roles and functions. Within the human body, proteins act as building blocks, messengers and transporters. As enzymes, proteins help to provide our cells with energy and read our DNA. As antibodies, they defend us against disease. Proteins also play a key role in disease. When our body is infected by bacteria, for example, it is the bacterial proteins that cause harm. When the proteins that read or repair our DNA go wrong, cancerous cells can form.

Blocking the function of disease-causing proteins is an important aim of many current drug treatments. While this can be effective initially, limitations can arise over time. High doses and/or sustained treatment can result in toxic side effects or a tolerance to the drug. In the worst cases, complete resistance to the treatment can develop.

To overcome these problems, researchers across all sectors are investigating a new strategy, called targeted protein degradation. Rather than focus on drugs that block the function of harmful proteins, they are looking at ways to actually destroy these proteins. This can be achieved with two classes of drugs called PROTACs (proteolysis targeting chimeras) and molecular glues. These drugs cause the removal of the harmful proteins from the cell. To help these efforts, Drs Daniels, Riching and Urh are actively developing new technologies to characterise and study the function of these compounds inside cells, resulting in faster triaging of early stage compounds to find ones that are effective.

PROTACs – a potential solution
Cells already have a very clever, innate garbage-disposal system, which is used for normal, regulated destruction of proteins. Drugs such as PROTACs simply bring or send harmful proteins to this system. The cell’s own machinery then does the rest – breaking down, or degrading the proteins so that they can no longer cause harm.

Research has shown that PROTACs have the potential to be more effective at lower doses, and longer-lasting, than other types of drug.

This cellular garbage-disposal system is called the ubiquitin-proteasomal pathway. PROTACs are able to collect harmful proteins and target them for destruction. Like any drug, PROTACs must first cross the cell membrane to enter the cell. The next step, known as the ternary complex formation, is where the PROTAC works its magic. During this step, the PROTAC or molecular glue links the target protein to the key protein degradation machinery complexes. The formation of this complex is a critical step, as it allows the protein to be marked for subsequent degradation. This happens via a process called ubiquitination, where multiple copies of a small protein called ubiquitin are added to the target disease-causing protein. 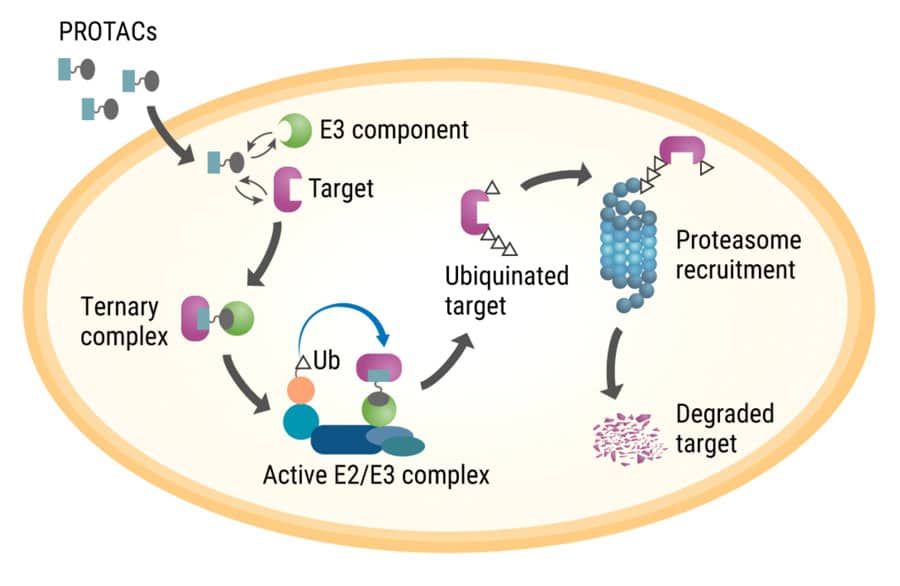 Once the target protein is sufficiently marked by ubiquitination, like receiving a kiss of death, the protein is then transported to a large molecular structure called the proteasome (you could think of these as the recycling centre of the cell). The proteasome breaks down the target protein into its component parts which the cell can use for a variety of functions, including as building blocks for new proteins.

Some studies have suggested that a single PROTAC drug molecule is reused, repeating the protein-destruction cycle many times and degrading multiple copies of the harmful protein. This would explain why initial research has shown that PROTACs have the potential to be more effective at lower doses, and are longer-lasting than other types of drug.

Characterising PROTACs
Clearly, PROTACs have huge potential as a new therapeutic modality. One problem, however, is that with such a highly complex process required to achieve success, it is difficult to assess how and where PROTACs are working inside the cell. Traditional methods used to assess the function of a drug within cells are not well suited to PROTACs. For example, methods such as western blotting to measure target protein levels are difficult to use for high-throughout screening of thousands of different drug compounds. Also, protein degradation is a dynamic process, so protein levels need to be checked at multiple points to understand the process of degradation over time.

The Promega team are tackling this screening problem directly by developing new approaches using genome editing with CRISPR/Cas9 technology coupled with addition of a luminescent protein tag. This multi-pronged approach allows the amount of the endogenous target protein, which hopefully will be degraded by the PROTAC, to be easily tracked and measured in live cells over the time period in which the drug is working. The increasingly popular CRISPR/Cas9 technology, which was adapted from a naturally occurring gene editing system in bacteria, is critical for these studies. It allows DNA to be cut at a specific point, and then DNA can be added, deleted or changed.

For the study of PROTACs, CRISPR/Cas9 has been used to tag target proteins with a tag called HiBiT, that when in complex with its partner, produces bright luminescence in living cells, similar to how a firefly lights up in the night sky. In this case, measuring luminescence of cells after PROTAC treatment indicates how much of the disease-causing protein is present, and therefore how well the drug is working; the lower luminescent signal indicates lower amount of target protein, and a more effective drug. Crucially, this technique allows real-time tracking of the disease-causing protein – researchers can actually observe the protein degrade in PROTAC-treated living cells.

Deeper into protein degradation
The use of CRISPR/Cas9 technology paired with luminescence technology to track protein degradation in real-time is a huge step forward. However, the research team wants to go still deeper into the protein degradation system, by investigating each of the key steps in the process. Formation of the ternary complex is known to be essential if the cell is to initiate its garbage-disposal routine. Even very small changes n the chemical composition of the PROTAC could affect the formation of the complex: by making it more or less stable, or preventing it from forming at all. Understanding how ternary complexes form, and how long they last, will help to improve PROTAC design. Ternary complexes can be detected using bioluminescence energy transfer, or BRET, which only occurs when two proteins are in close proximity, indicating that the proteins are in a complex.

A greater understanding of each step in the degradation pathway could potentially allow the action of PROTACs at each stage to be optimised. This would help researchers to develop the most efficient and precise PROTAC treatments for diseases that are difficult to treat with more traditional drugs.

PROTACs: Drugs of the future?
Development of PROTACs is still at an early stage. However, researchers like the Promega team believe development of this class of drug will continue to increase rapidly in the next few years. For PROTACs to achieve their potential – and, ultimately, for patients to benefit – thorough assessment of the actions of these drugs is needed. There are many possible variations of PROTACs against any given target, and each must be profiled and ranked against the others. Identifying those that are worthy of further development is the next challenge for researchers.

Tagging and measuring harmful proteins within live cells, without destroying the cells or interfering with cellular processes, is an essential part of PROTAC development. The use of technologies such as CRISPR/Cas9 to introduce luminescent tags, and then energy transfer to study protein interactions are importants step towards achieving success. As knowledge of the protein degradation pathways continues to expand, a route begins to emerge towards more effective, less harmful treatments for a range of serious diseases.

What needs to happen before PROTACs and molecular glues become a standard/accepted treatment?

<> There has been huge progress for targeted degradation treatment with the molecular glue examples of Revlimid and Thalomid developed by Celgene. These are both approved drugs and are showing great success for the treatment of multiple myeloma. Active areas of research and clinical trials are ongoing for the use of many other molecular glues, also known as immunomodulatory drugs (IMiDs) for various cancer therapies. The first PROTAC compounds are in clinical trials, developed by the leading PROTAC company Arvinas. One is for the treatment of prostate cancer and the other for metastatic ER positive/HER2 negative breast cancer. The performance of these initial PROTAC compounds in the clinic is important for PROTACs to become accepted treatments, and thus far, early results are promising. 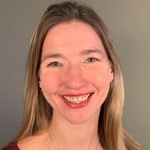 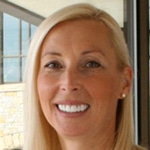 Danette L. Daniels, Ph.D. Danette received her B.A. from Columbia University, Ph.D. in Biophysics from Yale University, and postdoctoral fellowship at Stanford University. She joined Promega in 2005 and is currently an R&D Group Leader leading a team to understand dynamic intracellular interactions in the areas of epigenetics, targeted protein degradation, and drug discovery.

Kristin M. Riching, Ph.D. Kristin received her PhD in Biomedical Engineering from the University of Wisconsin-Madison, where she studied collagen and breast cancer cell migration. She joined Promega in 2014 as a postdoctoral researcher and is currently a Senior Scientist developing technologies to characterise degradation and protein interactions in living cells.

Marjeta Urh, Ph.D. Marjeta Urh received her Ph.D. from the Department of Genetics, University of Wisconsin-Madison. Her postdoctoral studies were at Genetique Microbienne, INRA, Paris, France. Prior to joining Promega, Marjeta worked in the Department of Anti-Infectives, Research and Development at GSK. She joined Promega in 2002 and is currently a Director of Research at Promega Corporation.

The research explores technologies to investigate a new series of therapeutic modalities resulting in degradation of target proteins which have significant therapeutic potential.