Driving restriction policies that limit the number of days drivers can use their vehicles within cities based on the last digit of their license plates are popular in some cities. Research into their effectiveness in reducing air pollution and congestion, however, yields mixed results. Dr Erick Guerra and his colleagues at the University of Pennsylvania, USA, have published the first systematic review of the empirical literature about the effects of these restrictions on air quality. They offer a theoretical framework for how different behavioural responses to license-plate-based policies affect pollution and congestion.

Both local and national governments around the world have introduced policies limiting the number, type, and location of private vehicles permitted to use public roads, as they attempt to reduce urban air pollution and congestion. License-plate-based driving restrictions, which limit the number of days people are allowed to drive their vehicles in a city or metropolitan area, are based on the last digit of the vehicles’ license plates. These were first introduced in the 1980s in cities including Mexico City, Santiago, and São Paulo, and gained recognition when they helped to reduce air pollution in Beijing during preparations for the 2008 Beijing Olympics.

Research exploring the efficacy of these driving restrictions yields mixed results, with some concluding that congestion or pollution has increased as drivers contrive an assortment of tactics to evade such policies. Dr Erick Guerra and his research team at the Department of City and Regional Planning at the University of Pennsylvania have published the first systematic review of the empirical literature on the effects of license plate restrictions on air quality. They demonstrate how policy design, urban context, and human behaviour affect the success of license plate restrictions in reducing congestion together with the associated pollution.

Literature selection
The researchers used Google Scholar and Franklin, the University of Pennsylvania’s online academic search system, to perform keyword searches for papers that mentioned ‘license-plate-restrictions’ or ‘driving restrictions’. Discarding those papers that were not peer reviewed and those referring to other types of restrictions left 235 citations for this study. The majority (152) of the publications briefly mention license-plate-based restriction programmes in their descriptions of contextual conditions or by way of examples of policies influencing driving or the purchase of vehicles. Only 40 of the remaining 83 academic papers offered empirical evaluations of license-plate-based restrictions and their influence on pollution or congestion.

The researchers found that households employed several strategies, both legal and illegal, in response to license-plate-based driving restrictions.

A divided literature
When Guerra and his colleagues analysed the findings of the 40 empirical papers, they found that half of the studies discovered that the license-plate-based driving restrictions reduced local pollution and congestion, a quarter determined that the restrictions had no influence and a quarter uncovered mixed results, eg, initial short-term reductions but no long-term effects. Some of the disparities in the research outcomes are likely to be associated with the variations in the research design or how the results were measured. In addition, differences in policy design, restriction enforcement, together with other local behaviours and conditions, will have influenced findings.

Licence plate restriction
Policies that limit the number of days drivers can use their vehicles within cities based on the last digit of their license plates are particularly popular in Chinese cities. For instance, in Beijing the original restrictions meant that vehicles were restricted from circulation on alternate days depending on whether the last number was even or odd. After the Olympics, regulators relaxed the policy so that vehicles were only restricted from circulating one day per week.

Hoy No Circula, or ‘no-drive days’, is an environmental policy designed to improve Mexico City’s air quality. Cars are restricted for one day Monday to Friday based on the last digit of their registration plates. On Saturdays the restriction alternates between odd and even numbers.

Behavioural responses to driving restrictions
The researchers found that households employed several strategies, both legal and illegal, in response to license-plate-based driving restrictions. These included vehicle purchase decisions and their travel behaviour on restricted and unrestricted days. Households with one restricted car may respond by switching modes so that they drive during unrestricted hours, they may ignore and violate the policy, or rearrange their trips to other days. Some households may choose not to buy a car, or they may purchase a low-polluting vehicle that is exempt from the restrictions.

The second-car hypothesis
The second-car hypothesis suggests that license-plate-based driving restrictions can backfire by encouraging households to buy a second car with a different last digit on the license plate, leading to increased local pollution. This theory is prevalent among the papers, but evidence supporting the hypothesis is varied. The research team found that only those studies of Mexico City, where the hypothesis originated, found that license-plate-based restrictions fail in this way. They also observed that the restriction policies do not improve air quality or reduce driving.

Although this hypothesis has been widely circulated and proposes a convincing argument for why the restrictions are not working, it lacks empirical support. The research does not show a discernible causal relationship between Hoy No Circula and an increase in vehicle purchases. Furthermore, two-thirds of private cars in metropolitan Mexico are exempt from the regulations as residents have been able to purchase either fully or partially exempt vehicles for the past 25 years. Contrastingly, Beijing residents have to win the right to purchase a car by entering a low-probability lottery.

The researchers comment that it is unlikely that specific policies addressing second car purchases will have much effect on the ability of the regulations to decrease congestion or pollution. Other easier and less costly changes including taking car trips on different days or different times could reduce the success of the policy. It is necessary to understand the behavioural responses to such driving restrictions as well as what makes these restrictions work.

Four main takeaways
After reviewing these behavioural responses, the research team has four main findings. Firstly, banning a fifth of the vehicles from cities does not mean that researchers and policymakers can assume a 20% reduction in either pollution or congestion. In many of the cities studied, a large number of vehicles are exempt from the policy. Private cars make up only a fraction of the total traffic within the cities and traffic pollution forms only a proportion of the local pollution. The actual proportion depends on the pollutant, the city, and the neighbourhoods within it. Drivers’ behavioural responses will also reduce the effectiveness of the policy.

The researchers warn that improving policy effectiveness will require policymakers to adopt new ways of dealing with behavioural responses.

Secondly, many studies rely on aggregate pollution and congestion data, but these are unsuitable if researchers and policymakers are to recognise what influences the success of driving restrictions. These evaluations need to be made in terms of the appropriate ecological unit, ie, the household, due to the complicated interrelated behavioural responses to license-plate-based driving policies. In addition, there is a considerable lack of qualitative research, such as interviews and focus groups, which could offer insight into how residents respond to, and possibly avoid, these driving restrictions. Researchers ought to concentrate on behavioural responses other than the second-car hypothesis. Little attention has been given to what influences households not to purchase a car. Moreover, how vehicle exemptions affect pollution and congestion still need to be understood.

Thirdly, there is a diverse range of implementation and enforcement strategies for these policies, making the direct comparison of findings difficult. For example, in Mexico City and Santiago, newer vehicles with lower emissions have long been exempt from these policies, whereas electric vehicles have only recently become exempt in Beijing’s policy. Over time, these exemptions could slowly change the composition of vehicles on the roads and affect the level of air pollution. Research designs focusing on short periods of time before and after such policy implementation will fail to capture the effects. To gain an accurate understanding of the potential benefits and limitations of driving restrictions, research would be better focusing on particular behavioural responses to individual policies.

Fourthly, policymakers wanting to increase the efficacy of license-plate-based restrictions will have to deal with all the potential behavioural responses. Exemptions for low-polluting vehicles may help reduce pollution and modernise the vehicle fleet, but they will probably result in an increase in the number of vehicles on the road and add to congestion. The literature reveals that residents often drive on restricted days, particularly outside of the central city areas. Improving enforcement to encourage the desired behavioural responses and at the same time discourage the undesired responses is vital if the efficacy of these regulations on transportation and air quality is to be improved.

Advice for policymakers
The researchers warn that improving policy effectiveness will require policymakers to adopt new ways of dealing with behavioural responses. Policymakers should beware of facilitating driving with the development of new roads or parking on new commercial developments, as these will reduce the effectiveness of driving restrictions. Extending the restricted hours may discourage residents from rearranging their car trips. Offering new investment or subsidies to improve the quality of public transport could discourage households from moving their car trips to different days. Introducing policies that increase the costs of automobility, for example congestion charges and reducing parking supply, would complement license-plate-based driving restrictions.

What are the main barriers faced by policymakers wanting to implement license-plate-based driving restrictions?

In addition to any political challenges, the main technical challenge is whether the programme can be designed to have an impact on pollution. Enforcement and policy design should encourage desired behavioural responses, such as shifting to transit, while discouraging undesirable ones, such as driving but avoiding more highly policed parts of a city. At the end of the day, license-plate-based restrictions will be most effective in places with good enforcement and where the travel alternatives – transit, walking, and biking – are most attractive. As such, they should be considered as just one part of a suite of transportation and land-use policies to improve local air quality.

License-plate-based driving restrictions: Do they really backfire? was last modified: May 27th, 2022 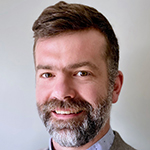 Erick Guerra is an associate professor at the University of Pennsylvania, and Director of CM2 University Transportation Center.

This work was supported by the USDOT Tier 1 University Transportation Center ‘Cooperative Mobility for Competitive Megaregions (CM2)’ under USDOT Award No. 69A3551747135.