Behavioural Sciences
The rise in longevity is exerting pressure on public finances with increases in pension and elderly care expenses. Svend E. Hougaard Jensen, Professor of Economics at the Copenhagen Business School, discusses regulating the pension age in line with the average increasing life expectancy. His research also highlights the significance of extending these models to encompass the variability associated with physical and mental disabilities across different socio-economic groups.

Demographic ageing, resulting from rapidly increasing life expectancy and decreasing birth rate, raises a number of economic challenges. This worldwide rise in longevity, not least among member countries of the Organisation for Economic Co-operation and Development (OECD), puts pressure on public finances with increases in pension and elderly care expenses.

It is currently estimated that the life expectancy for a 65 year old will typically increase by a year every ten years. In an era of demographic ageing, producing retirement reform that maintains the living standards of both the retired and the working age population is both complex and challenging. Many countries rely on pay-as-you-go (PAYG) pension schemes where the current contributions of the working population cover the pension payments for retirees. The sustainability of these systems is dependent on the structure of the population. When faced with an ageing population, a PAYG scheme can be adjusted in one of three ways: by increasing the contribution rate, decreasing the benefit rate or increasing the retirement age. 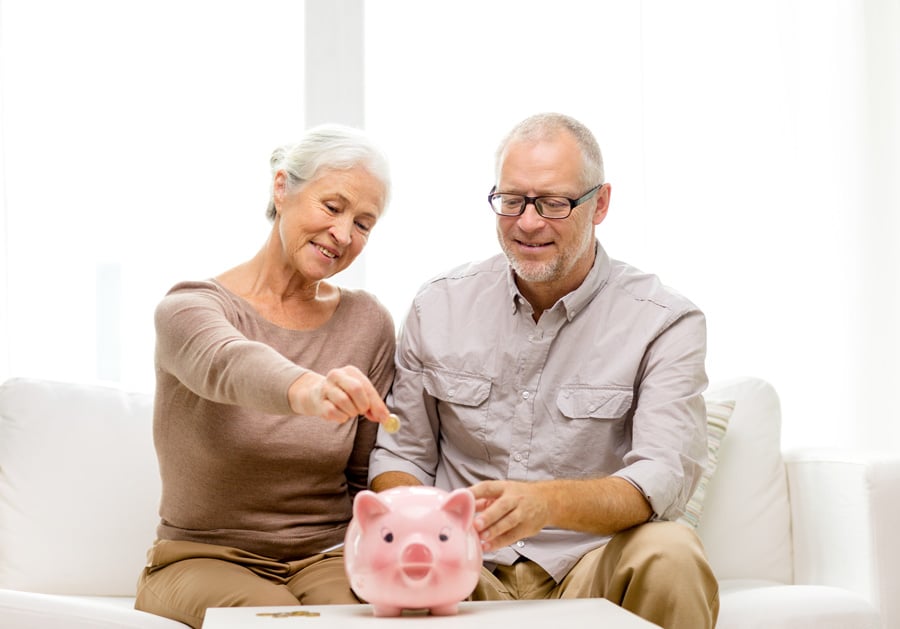 Svend E. Hougaard Jensen, Professor of Economics at the Copenhagen Business School and Director of the Pension Research Centre (PeRCent), carries out research into the economic effects of changing demographics, and in particular the pension system. He explains that increasing the contribution rate would effectively redistribute income from workers to retirees, while lowering pension benefits would have the opposite effect and redistribute income from retirees to workers. The third alternative, increasing the retirement age, would expand the labour supply, with individuals working for longer, while simultaneously decreasing the number of retirees. Moreover, it would offset the effects of population ageing on PAYG pension systems by increasing the ratio of contributors to beneficiaries.

It is currently estimated that the life expectancy for a 65 year old will typically increase by a year every ten years.

Longevity indexation
A decade has passed since Professor Hougaard Jensen published his first paper on the topic of linking pension age to life expectancy. What was at the time a novel study of the longevity adjustment of the retirement age is perhaps now more relevant than ever, as some countries choose to introduce indexation schemes so that their official pension age increases alongside rising life expectancy. Professor Hougaard Jensen continues to work in this area and he notes that while longevity indexation can reduce the pressure on public finances as well as the labour market, such schemes are underpinned by the assumption that both the labour supply and employment will actually increase in line with life expectancy.

Danish retirement reform
The Danish parliament, Folketinget, carried out a welfare reform in 2006 followed by a retirement reform in 2011. Subsequently, they have decided to increase the official pension age for early retirement and old-age pension from 2030 in line with longer life expectancy. Until 2030, retirement age will be raised to 68 years. From 2030 on, the pension age will increase concurrently with the average life expectancy of a 60-year old. All changes must be agreed by a parliamentary majority and notified 15 years in advance. It is expected that this welfare agreement will reduce the pressure on both public finances and the Danish labour market.

Average measures
These indexation schemes are based on average measures of life expectancy and retirement age. In Denmark, as mentioned above, the official pension age changes in keeping with increases in average longevity. It is recognised, however, that life expectancy varies between men and women, high and low educated workers and high-income and low-income workers. Professor Hougaard Jensen warns that these average measures can hide a high degree of variability across different groups in society and advises that this variability is taken into account when regulating pension age. Disabilities, both physical and mental, and a reduction in an individual’s ability to work can vary substantially across different socio-economic and educational groups. For example, blue-collar workers can be more prone to health issues resulting from the physically demanding routine work that they have carried out over a long working-life, whereas white-collar workers are likely to have experienced a longer education and a shorter working-life with less physically demanding employment. The impact of uniform changes in pension age based on averages can therefore differ significantly across these groups, exacerbating inequality amongst the elderly.

Empirical evidence
Analysis of OECD data provides empirical evidence that since 2003, the increase in remaining life expectancy for 65 year olds and retirement age have been virtually parallel. Professor Hougaard Jensen advises that this should be interpreted with caution as while it may signal ‘healthy ageing’ of the population, it may in fact result from other causes such as changes in early retirement legislation or the business cycle.

These average measures can hide a high degree of variability across different groups in society.

Results from the model highlighted that the relative sizes of the lower life expectancy groups and the higher life expectancy groups within the population determine the magnitude of these intergenerational effects. When Professor Hougaard Jensen calibrated the model with input data based on the different life expectancy of men and women, the results demonstrated that men suffered a 10 percent drop in the pension benefits they received over the course of their retirement when compared with women participating in the same scheme. A second calibration was carried out to examine the effects of different socio-economic groups. Input data based on the life expectancy and income inequality of blue-collars workers vs. white-collar workers in Denmark, revealed a 13.8% drop in pension benefits for blue-collar workers over the course of their retirement when compared with white-collar workers sharing the same pension scheme.

Policy implications
These findings can inform pension policies in countries where PAYG pension schemes prevail. Professor Hougaard Jensen explains that the difference in life expectancies, between, for instance academics and blue-collar workers, could reach a critical level, thus establishing a need for differentiated pension ages. This would involve extending schemes that link the pension age to increases in longevity, which are currently based only on average figures, to incorporate the variability associated with physical and mental disabilities across different socio-economic groups. He offers a number of models that could implement this. One suggestion is to allow people to receive pension benefits before they reach the official pension age, subject to means-testing. Another might permit people to start receiving pension benefits some years before they reach the official pension age without means-testing. Professor Hougaard Jensen counsels that such public pensions should be underpinned by an actuarial principle, to ensure that the total pension benefits received by an individual during their life as a retiree is not affected by the time they choose to retire. 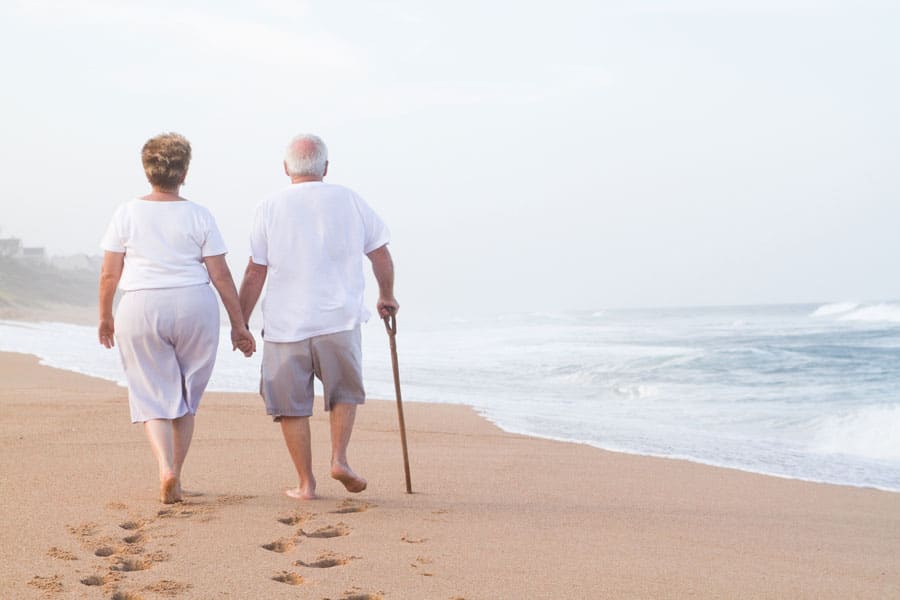 Professor Hougaard Jensen believes that in countries that are experiencing population ageing, the introduction of a longevity-indexed pension age is necessary if their fiscal policy is to be kept on a sustainable track. It is therefore important that both the population and the political majority support these schemes. He explains that “if the legitimacy and credibility of introducing such key welfare reforms critically depends on easier access to earlier pension age for citizens with lower life expectancy and diminished (physical and mental) ability to work, then such adjustments to the reforms might well be worth advocating”.

What is the most pertinent piece of advice you would give to policy makers involved in retirement reform?

Linking the retirement age to changes in longevity is critical for fiscal sustainability. However, the adverse effect on the shorter lived groups is magnified when the retirement age is explicitly linked to average life expectancy. The unintended distributional effects may then jeopardise the egalitarian objectives typically pursued by the welfare state. If longevity indexation reduces the lifetime utility of, say, blue-collar workers with health issues due to a long working life with physically demanding work, the broad political support behind longevity adjustment might well gradually disappear. This is why it is so important to remedy these inequalities. 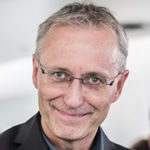 The Pension Research Centre (PeRCent), which receives base funding from the Danish pension funds and Copenhagen Business School.