Business & Economics
Understanding the relationship between Bitcoin values and underlying economic drivers has challenged traditional perceptions of how currency and other financial asset dynamics work. Dr Dimitrios Koutmos of Texas A&M University, Texas examines the Bitcoin phenomenon and offers valuable insight into this most volatile of newcomers to the investment scene, and its short but dynamic life so far.

There has perhaps been no greater single disruption to the world of trade and commerce than the rapid global spread of the Internet and the many new realities that it has created, and which continue to evolve.

Among these new realities are the cryptocurrencies which have, perhaps inevitably, risen to facilitate online trade and investment, much as traditional currencies did in the physical world. In the physical world there are just 180 currencies worldwide recognised by the United Nations; but in the virtual world there are already over 2000 cryptocurrencies in existence, with a total market capitalisation of well over US$1 trillion (CoinMarketCap 2021). 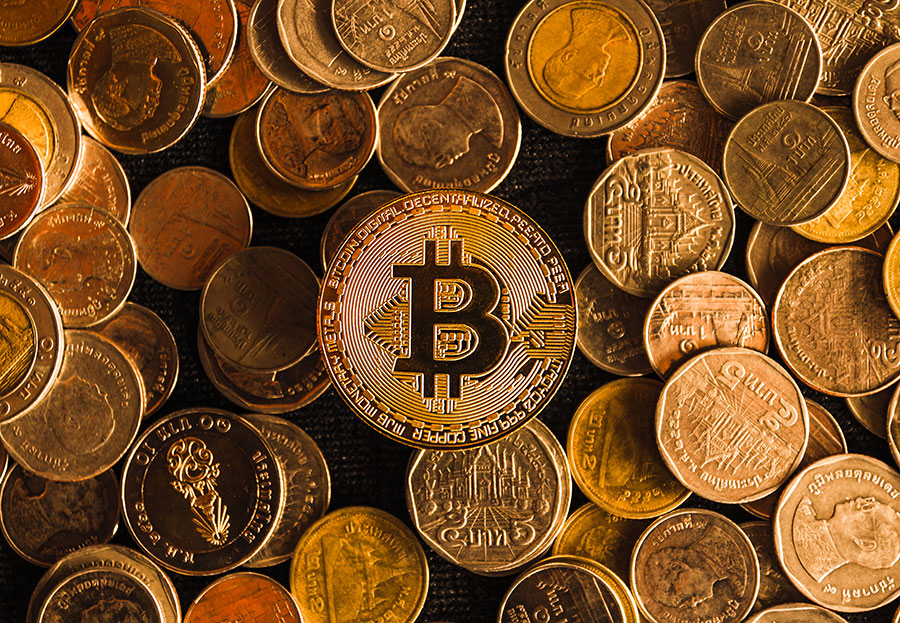 For most people, Bitcoin is the most recognisable brand name in this new breed of assets. It is the biggest, but it was also the first and has been at the heart of several of the early cryptocurrency events and crises.

Bitcoin’s seeming lack of correlation to market fundamentals marks it as, potentially, the ultimate hedging asset.

Interested parties
So it is of little surprise that Bitcoin is a subject of growing interest to regulators, academics and investors, for a number of reasons.

For regulators, cryptocurrencies and the incredible market performance they have demonstrated have sounded many alarm bells. Like anything Internet-based, the world became close to borderless as cryptocurrency began to spread amongst believers; those in the administration who dismissed the Internet as a blip in business as usual experienced a hard awakening when it didn’t go away and serious money became involved. Across the world, those regulators realised that there was a major tax issue growing, as well as a brand-new conduit for the proceeds of crime and corruption.

For economists and other finance-based academics, this was an opportunity to watch the birth of a new monetary system and to study its growth to become a player amongst the traditional asset classes, such as equities, commodities and, of course, the major currencies, as well as the many financial derivatives that had burgeoned with global finance.

Bitcoin is a potential alternative to classic ‘fiat’ currencies (government-backed currencies that are not linked to anything physical such as gold or silver). Its value is determined by supply and demand alone, how much is available and how much is wanted and the perception of how safe the asset is.

Bitcoin behaviour
There is another phenomenon associated with cryptocurrency that has been challenging the traditional expectations of the academic community.

Bitcoin has not been behaving as a financial asset should.

The price movements of the asset appear to be detached from the usual impact of market variables. Whereas the impact of market changes can be reasonably predicted by experienced investors for most classes of assets, potentially allowing offloading and hedging for those who have contingency plans, Bitcoin values do not predictably respond in the same way, denying the sort of algorithm by which most investors manage their assets.

This is another characteristic of Bitcoin, and potentially other cryptocurrencies, that could be attractive to investors. Not only do they continue to provide good returns, albeit surely unlikely to show the kind of growth seen in the last five or six years, their seeming lack of correlation to market fundamentals marks them as, potentially, the ultimate hedging asset: a safe place to sit out uncertain market volatility.

However, although the comparisons of highest and lowest market values show an asset outperforming most available financial investments by a long way, looking at the day-to-day fluctuations of Bitcoin shows that it is actually a very volatile asset when considered over short timeframes. This means that it is actually a high-risk choice when viewed in the periods of highest volatility, known as ‘regimes’ by the investment community and economists.

Market risk and Bitcoin returns
Understanding the anomalous behaviour of Bitcoin has been the objective of Dr Dimitrios Koutmos of Texas A&M University in Texas. Dr Koutmos uses a Markov modelling approach; a method used to identify changes in Bitcoin’s price regimes, or “states”. From the Markov approach, Dr Koutmos is able to classify when Bitcoin is in its “high” versus its “low” volatility regime.

In his 2020 paper, he utilised daily spot prices of Bitcoin gathered from Bloomberg using the ticker symbol “XBT” (stocks listed and traded on US exchanges such as the New York Stock Exchange [NYSE] have ticker symbols usually consisting of three letters) from January 2, 2013 until September 20, 2017 for a total of 1231 daily observations. Unlike conventional assets which trade only on weekdays, Bitcoin trades on weekdays as well as weekends. To avoid any distortion, Dr Koutmos focused solely on weekday Bitcoin prices so that the data could be linked with weekday data from traditional assets (such as the aggregate US stock market) and other risk factors (such as the volatility index).

During these “high” volatility regimes, Bitcoin’s price movements are statistically unrelated to market and economic fundamentals. However, during the “low” volatility regimes, Bitcoin’s price movements can statistically be explained by market risk factors such as equity market volatility, short-term interest rates, the yield curve, and inflation expectations. Generally, researchers have not previously distinguished between these regime shifts in Bitcoin value; as a result, the impression is created that Bitcoin’s value is wholly independent from market and economic fundamentals.

The findings show that Bitcoin may still be exposed to the same types of market risks which afflict the performance of conventional financial assets.

Conclusion
From an investment perspective, the findings show that Bitcoin may still be exposed to the same types of market risk which afflict the performance of conventional financial assets. In addition, it is important for investors to understand that Bitcoin’s potential usefulness as a hedging asset will not be stable across medium- to long-term horizons (Koutmos, 2020).

Dr Koutmos suggests that only further research can formally test Bitcoin’s usefulness as a diversiﬁcation instrument across its exchange rate regime in the longer term. The evidence of the report provides preliminary support for a conclusion that during the “low volatility regime” Bitcoin’s diversiﬁcation beneﬁts may be lower in some respects relative to the “high volatility regime”.

Future research can test this initial proposition as well as identifying what actual risks Bitcoin diversiﬁes against across its price regime dynamics. For example, and in contrast with equity market implied volatility, while foreign exchange volatility may not affect Bitcoin during its “low volatility regime” it can affect it during its “high volatility regime.”

Finally, Dr Koutmos suggests that future research can also examine the regime-switching dynamics of several of the other major cryptocurrencies that have gained popularity in recent years. Will the experience of trail-blazing Bitcoin be reflected in the performance of other leading cryptocurrencies? 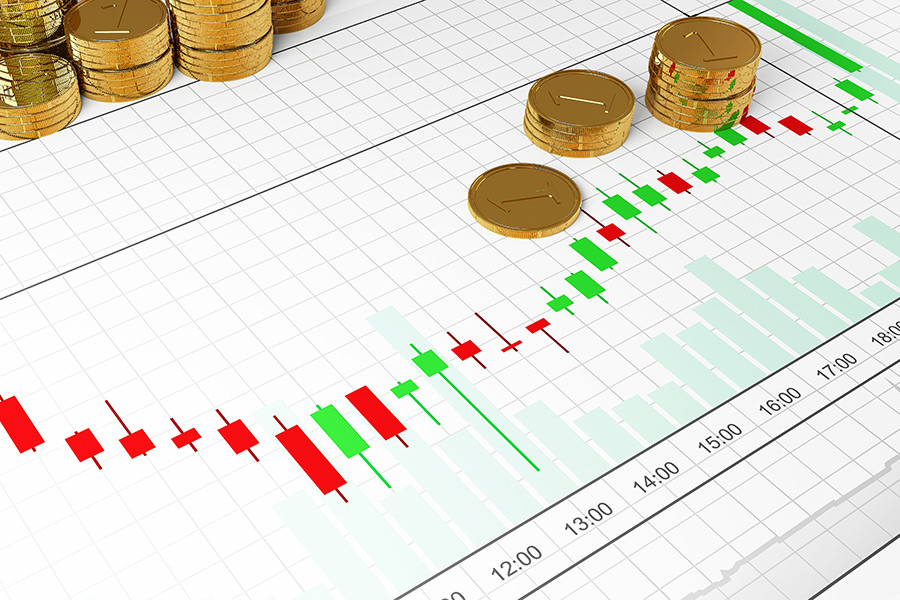 How has the COVID-19 pandemic affected attitudes towards Bitcoin?

During the current COVID-19 pandemic, it is possible that investors are seeing Bitcoin as a safe haven asset or a hedge against the inflationary pressures that can result from monetary injections and stimulus packages which central banks have administered around the world. As shown in Koutmos (2020), however, Bitcoin may not provide the protection these investors expect if a “black swan” type of event (like the crash of 2009) occurs.

The extraordinary ups and downs of Bitcoin: Understanding the cryptocurrency’s market behaviour was last modified: May 21st, 2021 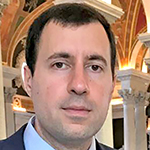 Dr Dimitrios Koutmos of Texas A&M University is passionate about teaching and research. His fields of interest are in computational finance, data analytics, blockchain and fintech. His research has been cited in media outlets such as Business Insider and Yahoo! Finance. Currently, Dimitrios resides in College Station, Texas.

Dr Koutmos examines the relationship between Bitcoin and market and economic fundamentals.

One thought on “The extraordinary ups and downs of Bitcoin: Understanding the cryptocurrency’s market behaviour”