East Coast fever causes significant losses among cattle in eastern, central and southern Africa, affecting the livelihoods of livestock keepers in these regions. There is no conventional vaccine for this disease and, instead, an infection and treatment method is implemented using Muguga cocktail and oxytetracycline. Professor Andrew Peters and Dr Fiona Allan of the University of Edinburgh conducted a systematic review to confirm the safety and efficacy of this vaccination method.

Pastoralist peoples in Africa, who often live in some of the harshest environments, rely on livestock for the health and livelihood of their communities. East Coast fever is an often-fatal disease of cattle in eastern and southern Africa that is caused by a blood-dwelling parasite, Theileria parva. The parasite is transmitted by the brown ear tick (Rhipicephalus appendiculatus), which commonly attaches itself to cattle. The disease is responsible for annual losses of more than US $596 million.

A live vaccine is available for East Coast fever. The infection and treatment method (ITM) with Muguga cocktail involves administering live T. parva isolates and simultaneously treating the cattle with oxytetracycline to manage the symptoms of the disease. This results in variable protection against East Coast fever.

Professor Andrew Peters and Dr Fiona Allan of the University of Edinburgh conducted an extensive systematic review of the current literature to establish the safety and efficacy of the Muguga cocktail vaccine. This vital evidence will help policymakers and livestock keepers make informed decisions regarding the health of their cattle.

What is the Muguga cocktail vaccine?
Developed in the 1970s and registered for use in cattle in Kenya, Tanzania, and Malawi between 2007 and 2009, the Muguga cocktail is the only commercial vaccine currently available for East Coast fever. The infection and treatment method applied with this vaccine involves infecting the cattle with a potentially lethal dose of live T. parva isolates and simultaneously treating them with long-acting oxytetracycline to control the clinical symptoms.

The differences found for vaccine efficacy could be related to challenge from buffalo-associated ticks causing a reduction in efficacy.

However, immunising with just one strain of T. parva would not necessarily confer immunity to challenge from other known isolates of the parasite. Therefore, the formulation used in the vaccine is based on three different stocks of the parasite: Muguga, Kiambu 5, and Serengeti transformed, which confers immunity with several T. parva stocks. This blend is how the vaccine gets its name: the Muguga cocktail.

Challenges associated with the vaccine
Since its development, a number of concerns have been raised regarding the use of the Muguga cocktail ITM vaccine. Due to the complexity of manufacturing isolates for the vaccine, there have been some doubts as to whether batches of Muguga cocktail could viably and consistently be produced on a commercial scale. There are also concerns that the Muguga cocktail would not protect against all strains of T. parva that are found within its geographical range. Moreover, since immunising with live parasite isolates can result in carriers or individuals that are persistently infected, there is also a risk that T. parva strains could be introduced into areas that were previously free of them via the vaccine. In addition, for a vaccine to be adopted for commercial use in animal disease control, detailed information regarding the characteristics and capabilities of the vaccine must be accumulated. Most importantly, the safety and efficacy of the vaccine must be demonstrated through objective assessment before it can be officially registered. Field studies provide a means of assessing the safety and efficacy of a vaccine under natural conditions. However, these conditions result in a variety of uncontrollable variables, such as temperature, which make it difficult to collect reliable efficacy data.

Efficacy of the Muguga cocktail
The majority of studies demonstrated that the Muguga cocktail ITM vaccine is efficacious, with only some areas of uncertainty, and it is generally considered that the vaccine induces lifelong immunity in cattle. Based on the values reported in the literature, Peters and Allan found that the percentage of efficacy ranged from 70% to 97.9%.

The differences found for vaccine efficacy could be related to challenge from buffalo-associated ticks causing a reduction in efficacy. The natural host of T. parva is the African buffalo (Syncerus caffer). As Peters explains, ‘the buffalo host does not show signs of disease, as it is thought to have adapted to the parasite over a long evolutionary period’. In their review of the literature, Peters and Allan found that proximity to buffalo often resulted in vaccination being less effective. Buffalo-derived T. parva from cattle that were grazed alongside buffalo had greater antigenic diversity, that is, multiple strains of the parasite were present which were better able to avoid the host immune response. This is thought to affect vaccine efficacy.

However, parasite population genetics is just one of the factors at play in this scenario. Other possible causes for the varied vaccine efficacy observed in studies conducted in proximity to buffalo include the environmental conditions, tick infestation rates, and the level of interaction with buffalo.

Safety of the Muguga cocktail
Despite being in use for four decades, no severe adverse events have been reported for the Muguga cocktail ITM vaccine. As such, the vaccine is generally considered to be safe and, as with efficacy, there are only some areas of uncertainty.

The researchers found that reports of the shedding and transmission of vaccine components had an impact on the overall perceived safety of the vaccine. Some studies observed the persistence of vaccine components in unvaccinated animals. The possibility of T. parva isolates shedding into the environment, along with the cross-infection of nontarget animals, could lead to unintended impacts.

The transmission of vaccine components into the environment raises concerns that new strains of T. parva could be established. If this were the case, it is possible that the Muguga cocktail would not be effective against such strains. However, it is also possible that T. parva strains incorporating vaccine antigens in the environment could enhance the effectiveness of the vaccine. This uncertainty underscores the importance of gathering information on the vaccine and its impacts, both positive and negative.

The shedding and transmission of vaccine components had an impact on the overall perceived safety of the vaccine.

Areas of future research
Through their comprehensive review, Peters and Allan conclude that ‘overall, the evidence indicates that the vaccine is both safe and efficacious.’ However, the researchers identified several key areas that require further research. In particular, to understand the reduced vaccine efficacy noted in cattle that are kept in proximity to buffalo. They note that further analysis of the population genetics of the T. parva strains infecting symptomatic cattle and buffalo is required to provide a better understanding of this relationship and to identify the barriers that need to be overcome to provide effective protection against East Coast fever.

Further genotyping studies of vaccine components in non-vaccinated animals are also necessary. The presence and persistence of vaccine isolates in non-target animals is a concerning safety issue and both genotyping and molecular epidemiological surveillance will provide valuable data to better understand the issue and possible steps to mitigate the issue. In addition, few studies investigated the use of the Muguga cocktail ITM vaccine in pregnant animals. Further research is required in this area to confirm the safety of the vaccine for use in pregnant cattle.

What is next for your research?
We are continuing our work on development and availability of safe and effective vaccines for livestock in low and middle income countries. We are also focused on developing better data systems for monitoring livestock health and productivity.

An in-depth look at the East Coast fever vaccine was last modified: May 16th, 2022 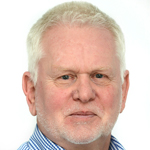 Professor Andrew Peters is programme director for SEBI-Livestock and Professor of Tropical Veterinary Medicine at the Royal (Dick) School of Veterinary Studies, University of Edinburgh. 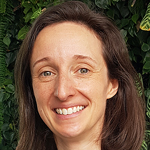 Dr Fiona Allan is a postdoctoral research writer at SEBI-Livestock. Fiona is a veterinarian, and holds a PhD in infection and immunity from the Roslin Institute, University of Edinburgh.

Professor Andrew Peters and Dr Fiona Allan aim to better understand the control options for East Coast fever, with a view to informing policy and practice for livestock keepers in sub-Saharan Africa.

This research was funded by the Bill & Melinda Gates Foundation.