Sergio Garbarino, adjunct professor in the Department of Neuroscience, Ophthalmology, Genetics, Maternal and Child Health, at the University of Genoa, Italy, is an internationally recognised sleep expert. In his recent work, he explores the interrelationships between sleep deprivation, immunity, inflammation, and chronic diseases. It is well established that sleep is essential for health. However, modern lifestyles are not conducive to the consistent provision of quality sleep. Dr Garbarino highlights the need for further research to assess whether targeting sleep deprivation could improve inflammatory-immune dysfunction and, in turn, chronic disease risk.

Sleep is essential for physical, mental, and emotional health. However, living in our frenetic and highly fraught 24/7 society – with smartphones, work stress, and poor diets – can prevent us getting the recommended minimum of seven hours sleep a night. Indeed, according to population studies, people are increasingly getting less than six hours sleep a night. Besides the immediate effects of inadequate sleep, such as drowsiness and lowered physical and mental performance, there is also a broad connection with a plethora of adverse health outcomes.

Connecting poor sleep with disease
In his recent review, Dr Sergio Garbarino, adjunct professor in the Department of Neuroscience, Ophthalmology, Genetics, Maternal and Child Health, at the University of Genoa, discusses the relationship between sleep and immunity, and targeting sleep to regulate the inflammatory response. Here, we look at Garbarino’s research into a wide variety of sleep-related infections and diseases.

Sleep has a major impact on the endocrine, metabolic, and immune pathways. When these pathways malfunction, they can impact chronic disease development and progression. Immune function moves away from its regulatory role, resulting in unresolved inflammation. This can increase the risk of infection, as well as chronic inflammatory diseases.

Immune mechanisms of sleep regulation
A range of biomarkers are implicated in the immune mechanisms of sleep regulation. These include both pro- and anti- inflammatory cytokines, which may also work synergistically to regulate sleep. For example, animal studies have shown that inhibition of interleukin-1, tumour necrosis factor-alpha, and prostaglandins, causes a decrease in non-rapid eye movement (NREM) sleep. This is the stage of sleep during which the body repairs tissues, builds bone and muscle, and strengthens its immune system. Conversely, administering these cytokines has been shown to augment the amount and intensity of NREM sleep. Garbarino delves into the possibility that sleep deprivation and adverse health outcomes are connected through immune deregulation and inflammation.

The immune system may also use these cytokines to interact with the brain and other substances, for example neurotransmitters (acetylcholine, dopamine, serotonin, norepinephrine, and histamine), neuropeptides (messengers in the nerve cells, such as orexin), nucleosides (subunits of DNA and RNA, such as adenosine), and the hormone melatonin (which is needed for sleep). Cytokines also regulate a range of biological functions in the central nervous system (CNS).

Research shows that when an individual’s brain is damaged and they survive the trauma, sleep invariably follows. This is similar to the response to acute infection or chronic inflammatory disease. In theory, while sleeping the body is able to direct all of its energy into immune function.

Infection
Garbarino remarks on the growing body of evidence that exposes the association between lowered sleep quality and an increase in risk of infection and poor outcomes due to infection. People who are sleep-deprived (getting up to five hours compared with others getting seven to eight hours) have been shown to be more susceptible to respiratory infections. Furthermore, people who get six hours (compared with seven hours) of sleep a night have been shown to be at increased risk of common illnesses, such as cold, flu, and gastroenteritis.

Conversely, vaccine studies have demonstrated that sleep encourages, and sleep deprivation inhibits, the formation of immunological memory, which is the body’s ability to remember a pathogen and mount a more effective defence the next time it encounters it.

Cancer
Lack of sleep has also been connected with the reduced ability to fight tumours, with a significant association found between short sleep duration and several cancers, including breast, colorectal, and prostate cancer. Melatonin, a hormone secreted at night, has been shown to possess anti-cancer properties, and light exposure – due to being awake – reduces melatonin secretion. This substance also exerts its anti-cancer effect by regulating the immune and inflammatory responses.

Furthermore, a range of immune cells have been shown to have reduced activity due to sleep deprivation. For example, an experiment involving sleep-deprived mice revealed the reduced activity of natural killer cells, which are immune cells with an anti-tumour effect, as well as a reduced Th1 immune response. Th1 cytokines tend to be pro-inflammatory, fighting off unwanted pathogens within the cells. The upregulation of certain circadian rhythm-related genes, which regulate the sleep–wake cycle, may also play a role in cancer. Therefore, impaired immunity due to lack of sleep may mediate the associated increased cancer risk.

One mechanism of NDD may be dysregulation of the link between the neurons and the immune system. Long-term activation of the immune system can cause systemic inflammation within the body and, consequently, neuroinflammation (inflammation in the brain), which can damage the neurons. Animal studies have shown that sleep deprivation results in neuroinflammation, as indicated by increased levels of pro-inflammatory cytokines in sleep-deprived rats and increased B cell activity in sleep-deprived mice.

Furthermore, sleep allows the body to effectively clear metabolic waste from the cells, through a process known as the glymphatic pathway. Therefore, sleep deprivation may hamper this process. Studies have shown that inefficient glymphatic system may lead to a build-up of β-amyloid (Aβ), the protein tau, and synuclein in neuron cells, all of which are implicated in NDD.

Similarly, sufficient melatonin can prevent activity resulting in Alzheimer’s disease, including Aβ pathology, oxidative stress, an excess of glutamate causing cellular damage, and calcium imbalance. Risk for Alzheimer’s disease associated with sleep deprivation may be connected with inflammation in the brain and systemic immune disorders.

Autoimmune diseases
Sleep deprivation can lead the body’s immune defences to attack its own cells, while immunotherapy leads to sleep improvements in patients with immune diseases. People with sleep disorders have also been shown to have a higher risk of developing autoimmune diseases, including rheumatoid arthritis, systemic lupus erythematosus, and systemic sclerosis. Furthermore, an experiment on mice predisposed to developing systemic lupus erythematosus, showed that chronic sleep deprivation leads to early disease onset.

The connection between sleep deprivation and autoimmune diseases may be caused by increased production of pro-inflammatory cytokines, including IL-6 and IL-17. Additionally, human studies have shown that sleep deprivation impairs the activity of CD4 regulatory T cells, which are involved in regulating the immune response and preventing the body from attacking itself. This activity tends to be highest overnight, and lowest during the morning. Therefore, sleep deprivation could contribute directly to the disease process in autoimmune disease rather than merely being a symptom.

There is a link between short sleep duration and increased atherosclerosis – the main underlying cause of cardiovascular disease.

Metabolic and vascular diseases
Epidemiological studies following participants over time revealed a connection between sleep deprivation and cardiovascular outcomes, including a 48% increase in coronary heart disease risk and a 15% increase in stroke risk in sleep-deprived individuals. Furthermore, there is a link between short sleep duration and increased atherosclerosis, which is the main underlying cause of cardiovascular disease (CVD). Sleep deprivation also increases risk factors for CVD, including obesity, type 2 diabetes, and high blood pressure. Poor sleep may contribute to obesity by impacting levels of the hormones leptin and ghrelin, which control hunger and energy balance.

Finally, sympathetic nervous system activation may be another reason for the connection between sleep deprivation and CVD, because it increases the release of progenitor cells (cells before they become specialised) from the bone marrow, production of innate immune cells, inflammatory cytokine levels, and alteration of vessel tone. This in turn results in systemic and blood vessel inflammation and atherosclerosis.

Conclusion
In summary, sleep supports immune function, and impaired immune-inflammatory response could be a mechanism for the negative health consequences of sleep deprivation, including risk of chronic diseases.

With limited evidence available on the effect of sleep deprivation countermeasures (such as napping and cognitive behavioural therapy) on immune parameters, Garbarino suggests a need for randomised controlled trials to assess whether targeting sleep deprivation can improve inflammatory-immune dysfunction and related chronic disease outcomes. In future, there could be a shift towards addressing sleep, along with diet and physical activity, as a lifestyle intervention to prevent disease.

Which sleep deprivation treatments do you feel should be prioritised for analysis in randomised controlled trials, assessing their effect on inflammatory-immune dysfunction and the associated chronic diseases?

Several strategies proposed to counteract sleep deprivation including brief napping, cognitive behavioural therapy, and sleep recovery, should be analysed for their effects on inflammatory status and the associated risk of chronic diseases in sleep-deprived individuals due to work-related reasons or unhealthy lifestyle habits. Long-term follow-up is needed, and collaborative research and financial efforts are mandatory as well.

How does sleep affect immune-related disease risk? was last modified: May 23rd, 2022 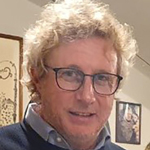 Sergio Garbarino is an adjunct professor in the Department of Neuroscience, Ophthalmology, Genetics, Maternal and Child Health, University of Genoa, Genoa, Italy. He is a neurologist and neurophysiologist, and received his PhD in neuroscience. He is an international expert in sleep, sleepiness, shift work, sleep apnea, public health and safety.

Can we do more to get college students vaccinated against HPV?
Health & Medicine
Read This Article
The collapse of the Polcevera Viaduct – an avoidable tragedy
Engineering & Technology
Read This Article