Physical Sciences
Professor Daniel Fologea, an associate professor at Boise State University, studies the way cells interact with their environment by selective transportation of ions and molecules through the cell membrane. His research group examines these interactions in order to understand how diseases occur, and how to use them for biosensing, early diagnosis, and to cure diseases like cancer.

Any cell in your body, whether it is in your brain, blood, muscles, or heart, interacts with its environment and allows for the selective passage of ions and molecules through its membrane. To decipher the functionality of cells in health and disease, the intimate mechanisms by which ions and molecules make their way into and out of cells through their membranes must be better understood.

Under the umbrella of membrane transportation, there are several different topics of research that Prof Daniel Fologea’s membrane biophysics group at Boise State University is looking into. One of these uses a special protein found in an unusual organism – a red earthworm.

What is lysenin?
Lysenin is the name of a pore-forming toxin that can be found in fluids from the main body of an earthworm called redworm or Eisenia fetida. The worm, typically found in Europe, lives on decaying organic material and can be used for composting household and industrial waste – like sheep manure, coffee pulp, and even wood chips. Despite its origins, this protein inside the earthworm might be the key to the better diagnosis and treatment of deadly diseases, according to Prof Fologea’s research.

Lysenin destroys cells through cytolysis, a process by which a cell bursts due to excess water flowing into the cytosol (the fluid within the cell). Once lysenin is inserted into the membrane, it forms stable nano-sized channels, or pores, through the hydrophobic, or water-repelling, cell wall. Prof Fologea and his colleagues use these channels to their advantage, by recreating the way the protein forms the pores in the cell wall.

Lysenin: channel, sensor, or memory element?
In earlier works published in 2010 and 2011, Prof Fologea and his team focused on understanding the biophysical properties of lysenin channels by reconstituting them in artificial membrane systems and investigating their response to physical and chemical stimuli. Their findings have shown a pore-forming toxin that deviates considerably from its previously assumed killer role. Unlike any other pore-forming toxins, lysenin channels are highly regulated by transmembrane voltage, multivalent metal ions, and temperature. His research group proposed using these channels as cheap and reliable sensors for detecting toxic metals in water by monitoring the changes in the electric currents through channels in the presence of tiny amounts of metal cations (positively charged ions).

When Prof Fologea’s team investigated the response of lysenin channels to variable external voltages they recorded a striking feature: lysenin channels responded to the applied voltages in a history-dependent manner. In simple terms, lysenin channels are molecules with memory, capable of “remembering” the last state they were in. This work demonstrated beyond any doubt that memory in biological systems is not necessarily a function of evolved organs like the brain, but may be achieved at single molecule levels.

Prof Fologea and his team discovered that lysenin, similar to other pore-forming toxins, is a great way to create a ‘bio-sensing device’ to study the way molecules move through membranes. If they pass an electric current through the lysenin channel, that current is affected by any tiny changes caused by molecules passing through the channel. The team can monitor the current, and watch for these tiny changes, enabling the detection of even a single molecule as it passes through the channel in the membrane. In one of the latest studies Prof Fologea and his team published in 2017, they found that lysenin channels can act as nanosensors, by allowing the hormone angiotensin II to pass through channels when an electric field is applied. Angiotensin II is a peptide that causes vasoconstriction, the tightening of blood vessels, and a consequent increase in blood pressure. In contrast to other pore-forming proteins that may be used for similar studies, lysenin has the advantage of a large pore, therefore allowing analysis of bigger molecules. This work is expected to advance our ability to characterise and even sequence important biomolecules such as DNA and proteins. In addition, by endowing the channel with biorecognition elements capable of recognising and binding disease-specific biomarkers in complex biological fluids, this technique enables early diagnosis of cancer and other diseases.

Lysenin, a protein found inside earthworms, might be the key to early diagnosis and treatment of deadly diseases such as cancer

Lysenin as a controlled nano-valve for drug delivery
‘The remarkable biophysical properties of lysenin channels present a tremendous potential for multiple scientific, technological, and biomedical applications,’ says Prof Fologea. The large pore size may accommodate the passage of large molecules, and the ability to open and close the pores at will is a feature uncommon among pore-forming toxins. To exploit these capabilities, one of the group’s goals is to transport drugs to diseased sites through lipid-made nano-sized carriers mimicking a spherical membrane, and release them by controlling the opening and closing of the lysenin channels inserted into it. Similarly, the channels can be reconstituted directly into live cell membranes and used to transport foreign molecules into and out of the cells. Not only drugs, but genes could also be introduced into cells to manipulate their functionality or correct other deficient genes. Prof Fologea’s group demonstrated that whether or not a molecule can pass through the channels can be controlled by external electric fields, multivalent cations, pH, temperature, and even adenosine triphosphate (ATP), which transports chemical energy within cells. Currently, the team is focused on using X-rays to trigger the release of anti-cancer drugs only at the diseased site, which can be easily targeted with focused ionising radiation. Such achievement would enable concomitant highly localised radio and chemotherapy while significantly reducing the remote effects associated with systemic chemotherapy.

Lysenin research provides opportunities for multidisciplinary mentoring and learning
While Prof Fologea and his colleagues are making great strides towards developing cures for diseases like cancer, he also recognises the importance of mentoring future generations of scientists. With this in mind, Prof Fologea dedicates a great amount of his time to mentoring students in the Biomolecular Sciences Graduate Program at Boise State University. ’My affiliation with the Biomolecular Sciences Graduate Program at Boise State University provides unique opportunities for fruitful collaborations with faculty from Biology, Chemistry, Physics, and Engineering,’ he says. ‘The program provides a constant flow of graduate students for which multidisciplinary approaches are crucial for gaining insights into the functionality of transmembrane transporters and developing novel applications.’ In this way, Prof Fologea’s work will continue to greatly impact the field long after he stops undertaking his own research.

You studied physics and biophysics, why did you choose to go into research about cell membranes?
<>The cell membrane plays a fundamental role in the functionality of any cell, beyond the obvious function as a physical barrier between the interior of the cells and their external environment. The cell membrane participates in crucial physiological functions such as nutrition, controlled transport of ions and molecules, creating and maintaining electrical and chemical gradients, communication, information storage, and many others. Any attempt to produce an artificial cell must start by creating the membrane and replicating its functions. The cell membrane is one of those organelles for which a complete understanding of functionality requires a truly multidisciplinary approach.

Your research has a broad remit. How do you decide what each of your students studies and what you will focus on next?
<>That is always the student’s decision. Each student joining my group comes with a certain background, knowledge, skills, and dreams. The research focus of their choice must appeal to their background, challenge them to advance in their discipline, and motivate them to embrace multidisciplinary approaches. Their future plans are important as well. Students interested in biomedical studies are more prone to focus on developing novel approaches for diagnosis or drug delivery, students from Math and Physics are more interested in developing quantitative models of biological functionality, while students from Biology are more inclined towards physiological insights from a multidisciplinary perspective.

Through his mentoring activities, Prof Fologea’s work will continue to greatly impact the field long after he stops undertaking his own research

What kind of interdisciplinary backgrounds do your students, whether they are undergraduates, PhD students or post-docs, have? Is experience in both physics and biology a must?
<>Biophysics is interdisciplinary by definition, therefore advanced knowledge from Physics and Biology is a must for advancing the field. However, this is not a requirement for undergraduate students interested in starting their research career in my lab. Nonetheless, all the undergraduate students who have worked in my lab ended up taking relevant classes outside their home department, which demonstrates a strong motivation for gaining multidisciplinary knowledge and skills. With regards to graduates, they are required to demonstrate excellent knowledge of Biology, Chemistry, Physics, and Math as a condition for admission into our graduate program.

To what extent do you have to develop new experimental tools and equipment to go alongside your research?
<>Sometimes we are unable to purchase what is required for our investigations because what is available does not satisfy our needs. Many of our small tools and devices are homemade, and the students bring great contributions to such developments. I can say that many devices, tools, and software packages developed by our students are outperforming their commercially available counterparts with respect to fulfilling our needs.

What is the ultimate goal for your research, in your own personal opinion?
<>If the results of my research will improve someone else’s life, I shall consider my research goal achieved. 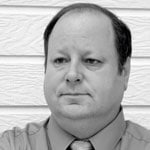 Dr Daniel Fologea is an associate professor of Biophysics with the Department of Physics and the Biomolecular Sciences Graduate Program at Boise State University. He graduated with a PhD in Biophysics from the University of Bucharest in Romania. His research is focused on membrane biophysics with a special emphasis on using transmembrane transporters as single molecule sensors, bioelectronics elements, and for controlled transport across artificial and natural membranes.