Health & Medicine
Finding new classes of antibiotic drugs could not only save human lives, but also greatly reduce the healthcare costs related to tackling bacteria resistant to currently available drugs. Professor Chris McMaster, director of the Cheminformatics Drug Discovery Lab at Dalhousie University in Halifax, Canada, is developing a new class of antibiotics, while trying to overcome the many challenges associated with this particular field of research – namely, the limited sales of these drugs, the lack of funding, and the greater focus on other pharmaceuticals.

Multi-drug resistant bacteria, commonly known as superbugs, kill over 700,000 people annually. However, more worryingly, this number is predicted to rise to over ten million by the year 2050. This would have massive repercussions, in terms of both the number of human lives lost and on the world’s economy, which would lose several trillion dollars due to sickness and death of patients infected by these bugs. Only a small handful of scientists are trying to develop new antibiotic drugs that could counteract these superbugs – although many challenges are currently slowing down progress.

The need for new antibiotics
Antibiotics are a type of pharmaceutical drug that destroy microorganisms or prevent them from growing. These are generally used to treat or prevent a variety of bacterial infections, including pneumonias, tuberculosis, several sexually transmitted diseases (STDs), and many others.

Antibiotics are generally classified based on a number of factors, including their mechanism of action, the type of bacteria they target, and chemical structure. While most doctors prescribe antibiotic drugs on a daily basis, some bacteria have become resistant to all existing drugs, causing severe illness and death to a considerable amount of people.

Most antibiotics currently developed to tackle these bacteria are based on late generations of existing antibiotics. However, resistance to these drugs tends to develop quickly, due to individual bacteria already having underlying mechanisms of resistance to similar antibiotics. As Professor Chris McMaster puts it himself: “Every single antibiotic currently in clinical trials, of which there are less than 40, is a ‘me-too’ version of a current antibiotic versus a known target.”

Challenges of the field
Despite the urgency and importance associated with developing new classes of antibiotics, this does not come without challenges. Several factors impair the introduction of new antibiotics into the market, making it a tortuous and difficult process.

“A new class of antibiotic will likely be the drug of last resort to treat patients with multi-drug resistant infections implying that there will be limited use, and hence limited sales,” said Prof McMaster. “Second, the payers have been able to pay pennies per treatment for antibiotics for decades, and the market feels there will be resistance to a highly priced antibiotic.”

Due to these issues related to sales and price of the drugs, research developing new antibiotics is often poorly funded. This is ironic, as in contrast with other drugs that offer momentary relief from symptoms, or drugs that elongate the lifespan of affected individuals, new classes of antibiotics could actually save lives, entirely eradicating bacteria resistant to current drugs.

“This conundrum is especially odd considering that in many cases antibiotics will cure an infection and save a life,” said Prof McMaster. “Contrast this situation to anti-cancer drugs, where there are over 800 drugs currently in clinical trials, many of which will have price points in the tens to hundreds of thousands of dollars per patient, and many of these drugs will extend life-span but not offer a cure.”

Treating diabetic infections
To overcome the funding issues related to the assumption that new antibiotics will have low sales and a low price point, Prof McMaster chose to develop a new class of antibiotics that would meet the needs of at least 200,000 patients per year, whose infections are hard to treat using current antibiotics. He said: “We landed on early-stage diabetic foot infections (DFIs) as having a large patient base with a high unmet need, no currently approved antibiotic, and an expected high level of uptake into the clinic and market. There is also a dramatic increase in cost as DFIs become more severe allowing for a reasonable price point to be established for a new drug that could treat this condition”.

Antibiotics and diabetes
Diabetes is a disease that affects over 415 million people worldwide, caused by an impaired ability of the body to produce the hormone insulin, resulting in abnormal metabolism of carbohydrates and high glucose levels in the blood. Each year, approximately 1.5% of diabetics develop what is termed diabetic foot ulcer infections (DFIs), which range from relatively mild, to more problematic.

For more severe infections, patients generally receive antibiotic therapy, yet approximately 50% of moderate DFIs progress to more serious stages. This therefore comes with substantial healthcare costs related to further treatment or surgical amputations. Currently, no drugs on the market have been proven to successfully decrease the bacterial load for DFI infections, which would facilitate the healing process.

Prof McMaster and his team developed a new class of antibiotics designed to eliminate bacteria in DFIs, with an entire new structure compared to current antibiotics. This would be the first class of antibiotic to target the bacterial enzyme holo-acyl carrier protein synthase (AcpS), which is essential for lipid metabolism in bacteria.

Prof McMaster tested the new class of antibiotics in animal models of DFI, and other skin infections, and found them to successfully reduce the bacterial load in DFIs by over 99%. Further tests suggested that the drug has all the properties required for it to be successfully used within clinical settings.

A critical problem
The issue of drug-resistant bacteria is of great importance, with Dame Sally Davies, England’s Chief Medical Officer, describing it as a “catastrophic threat to the human population.” Developing new classes of antibiotic drugs is crucial to effectively counteract infections that resist currently available treatments.

Prof McMaster hopes to be one of the first researchers in over 50 years to develop a new class of antibiotic drugs, in this case specifically designed to tackle diabetes-related foot infections. He and his team are also looking to develop a drug for Gram negative infections.

Why is developing new classes of antibiotic drugs so important right now?
<>We are nearing a tipping point in the rise of multi-drug resistant bacteria. We can act now to head off this looming crisis, or risk returning to a pre-antibiotic era where infectious diseases were the top killers, and average human lifespans were less than 50 years.

When and how did you first start being interested in devising new classes of antibiotics?
<>A decade ago I made an intentional shift in research focus toward drug discovery and development. That said, the very first research essay I ever wrote – at eight years of age – was on Alexander Fleming and his discovery of penicillin.

We can act now to head off this looming crisis [of multi-drug resistant bacteria], or risk returning to a pre-antibiotic era where infectious diseases were the top killers

What would you say are the biggest challenges in your field of research and how can these be overcome?
<>There is work to be done between governments, regulators, and the private sector. The private sector looks to make medicines that can make a profit, which makes sense. Most antibiotics are expected to be priced low and used little and thus are a low priority. Governments and regulators need to find a way to incentivise antibiotic development that works for both parties. Other fields, such as rare childhood (orphan) diseases, have such mechanisms in place already so templates do exist. Hopefully, an agreement can be found before multi-drug resistant bacteria develop into a crisis.

What advantages do you expect the drugs you are currently testing would have once they are placed on the market?
<>We intentionally worked on an antibiotic programme that should have high uptake by clinicians as DFIs are a disease for which no current antibiotics are effective, have a large patient base, and a rapid increase in cost as the disease progresses. This will enable a reasonable price point for a large unmet medical need that we feel should be enticing with respect to moving a new first-in-class antibiotic into the clinic.

What are your plans for future research and investigation?
<>Our antibiotic class works versus a broad-spectrum, Gram-positive bacteria. We are currently working on Gram-negative antibiotics, as well as drugs for rare inherited (orphan) diseases. In essence, therapies for infectious and inherited diseases. 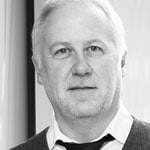 Dr Christopher McMaster received both his BSc and PhD from the University of Manitoba, later working as an Assistant Dean at Dalhousie University. He currently works there still, as the Carnegie and Rockefeller Professor and Head of the Department of Pharmacology and Director of the Cheminformatics Drug Discovery Lab at Dalhousie University in Halifax, Canada.

Dr McMaster’s research focuses on metabolic regulation with an eye toward the development of therapies for unmet medical needs in the infectious and inherited disease spaces.