Behavioural Sciences
The growth in the international soybean market has attracted thousands of new farmers as well as foreign capital investments. The highly connected and globalised food commodities market heats up this new agribusiness landscape making soybean producers vulnerable to financial risks whilst tying them into a cycle of investment and debt. Dr Ramon Bicudo and Professor Emilio F. Moran, both from Michigan State University and State University of Campinas, and Professor Mateus Batistella, from the Brazilian Agricultural Research Corporation and the State University of Campinas, investigate how soybean producers can avoid becoming trapped to these agricultural treadmills.

Brazil’s soybean production has increased dramatically since the 1970s. This growth, driven by national and international demand together with rising prices for grain, oil and animal feed, makes soybean production an attractive option for thousands of farmers. Dependence on moneylenders, input supply companies and traders can leave many producers trapped in agricultural treadmills with little autonomy and flexibility to respond to changing conditions in the economy or climate patterns. 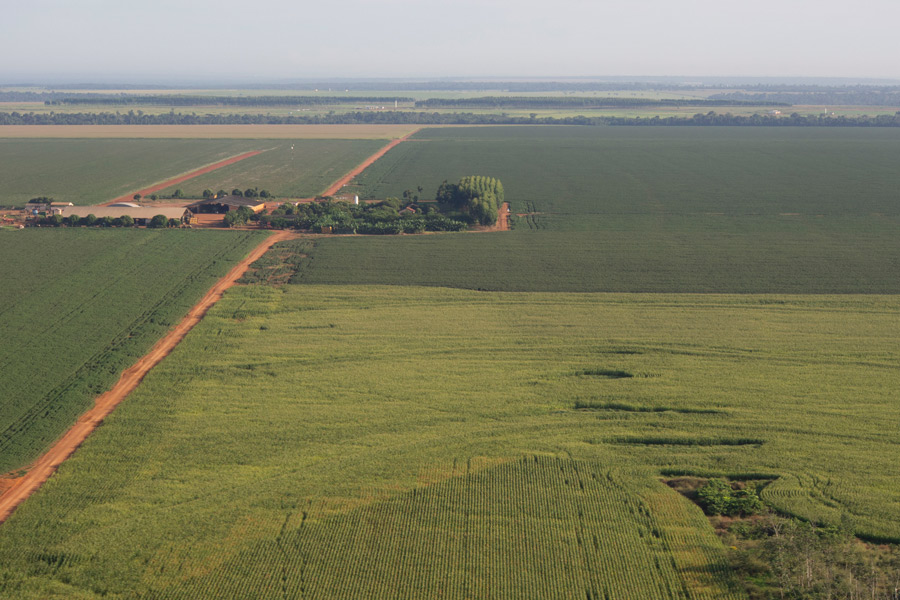 Dr Ramon Bicudo, Research Associate at Michigan State University and collaborator (teaching and research) of the Center for Environmental Studies and Research of the State University of Campinas, Dr Emilio F. Moran, the John A. Hannah Distinguished Professor at Michigan State University, and Dr Mateus Batistella, Senior Researcher at the Brazilian Agricultural Research Corporation and Professor at the State University of Campinas, are investigating rural production and how soybean producers can avoid becoming trapped in these agricultural treadmills. The research team carried out literature reviews and fieldwork interviews with individual soybean producers and representatives of trader companies, producers’ associations, the processing industry, government and civil society. Using this data, they analysed the rural production operations, examined how they related to the soybean supply chain and explored how agricultural treadmills persist in this sector.

The interviews centred on the production systems and management strategies adopted by soybean producers on their individual farms. The research team collected information regarding production costs, commodity prices, decision-making concerning credit and generational succession. The researchers wanted to explore the strategies that farmers adopt to be successful producers and manage the risks associated with food production, as well as how producers can fail.

Dependencies on moneylenders, input supply companies and traders can leave many producers trapped in agricultural treadmills.

The researchers performed a literature review of reports from agribusiness media groups such as Notícias Agrícolas and Successful Farming, and government agencies including the Brazilian Institute of Geography and Statistics, the National Company of Food and Supply and the Brazilian Ministry of Agriculture. This review drew attention to the various treadmills and bottlenecks that challenge producers within the soybean supply chain.

Technological advances, such as new soybean varieties suitable for cultivation in tropical regions, pest resistant GM varieties, new machinery technologies, seeds, fertilizers and pesticides are required to develop this competitive area of agribusiness. These advances mean that the farmers’ capital investments together with their business and agronomic management skills propel them to higher levels of output each year.

Agricultural treadmills
The highly connected and globalised food commodities’ market exacerbates this new agribusiness landscape making soybean producers vulnerable to ever increasing financial risks whilst tying them into a cycle of investment and debt, underpinned by the necessity to incorporate technology and scientific advances into their soybean production processes. These negative feedback cycles are metaphorically referred to as agricultural treadmills.

The research team investigates how Brazilian soybean producers are trapped in agricultural treadmills as they have little power to alter the political and economic setting that reinforces the cycle of investment and debt. The researchers define the soybean trap as “a broad set of situations that challenge the autonomy of soybean producers.” They explain that over time as producers adopt mechanisms within the farm system to enable them to participate in this capital-intensive activity, the benefits achieved by such decisions become less economically effective over time. Then producers are driven to invest in new mechanisms and strategies in an attempt to improve profit margins and production standards. The farmers borrow money from both public and private sectors to cover the costs of production and improvements to their farms, such as building on-farm storage facilities. If a producer fails to produce enough soybeans, his profit margins are compromised, and the producer becomes more dependent on moneylenders and input supply companies thus the producer is trapped on the financially exposed soybean supply chain treadmill.

Strategies for producers
The interviews revealed that the producers were aware of the bottlenecks that can lead to reduced profit margins and greater dependence on the large agribusiness players such as input sellers and traders. While the producers have not found any means to get off the treadmills, they attempt to avoid getting trapped within the soybean supply chain. Producers have added value to their products, but some of the strategies employed to deal with production costs, such as ‘pirate seeds’ – an illegal trading of surplus seed, can lead them into high-risk situations. This study uncovers some valuable lessons for consideration.

Sectoral actions
Sectoral actions such as producers’ associations and rural training institutions can help the producers defend their rights, making them more resilient and capable of overcoming the production and trade challenges within the supply chain. Education is crucial for producers to be able to cope with constantly changing business management and technology. Producers were unequivocal that the soybean business is much more than just farming, and they value education and training as important strategies to sustain their business and keep them out of traps. The research team found that both sectoral (e.g., producers’ associations) and collective actions (e.g., farmers’ buying groups) are valuable in order for the producers to increase their bargaining power with the transnational companies and input suppliers and reduce their production costs.

Soybean producers are trapped in agricultural treadmills as they have little power to alter the political and economic conditions that allow for truly independent choices by producers.

Land variation
To achieve satisfactory productivity results, producers have discovered that they have to consider the variation between the multiple land plots within their farms in order to inform their decisions on where best to plant their crop based on historic results and the land’s natural conditions. This strategy has proved to be viable in increasing total soybean productivity. This in turn leads to larger profit margins without the producers having to expand their planted area.

Seed markets
Interviewees described how, throughout the 2010s, the increase of private companies in the seed development market (with the public sector seating it out) played a significant part in increasing production costs. Furthermore, the rise in costs relating to technological packages (seeds and their associated agrochemical inputs) is forcing producers to pursue other seed markets, which can be high-risk, or undertake seed saving’ strategies.

On-farm storage
Producers can increase their profit margins by storing their soybeans and trading when the prices are high. On-farm storage enables them to avoid commercial storage facilities and their congestion during harvest time. This decreases the producers’ reliance on trucks, gas and labour. Moreover, they can avoid delays to their harvest plans, which can potentially compromise soybean quality.

Broader impact
The soybean trap creates vulnerability among soybean producers. Farmers, tied to the treadmill, risk defaulting on their loans and losing their autonomy. The research team highlights the importance of these findings “given the context in which individual producers find themselves and which presents challenges that alone they can do little to change.” Drs Bicudo, Moran and Batistella advocate policies that empower the individual producers to make agricultural decisions that are both environmentally and financially sound. The provision of such policies is essential if a sustainable soybean system “that does not trap producers in endless cycles of debt and investment” is to be achieved.

What is the most valuable piece of advice that you can offer agricultural policy makers to prevent producers falling into the soybean trap?

<> In Brazil, crop insurance is still underdeveloped. It should be strengthened as without financial security in cases of failure (e.g., due to drought), producers become highly exposed to indebtedness and trapped into the soybean treadmill. Crop insurance is definitively a public policy worthy of attention in a country as large as Brazil, and with a quite well-developed economy based on agribusiness. Additionally, policymakers should pay more attention to the role of public rural extension agencies that are vital to keep the continuous flow (transfer) of knowledge between specialists and producers. New research and technology, new seeds from the public sector, and stronger credit support for farmers would do a lot to provide relief from the treadmill. Few farmers have the capital to self-finance their expanding operations, but the public sector has been able to provide insufficient credit support. This needs to change to increase the autonomy of producers, who have proven in the past they can take on risk and win.

Dr Ramon Bicudo is currently research associate at the Dept of Fisheries and Wildlife, Michigan State University, US, and collaborator of the Center for Environmental Studies and Research, State University of Campinas, Brazil, where he teaches PhD students and develops research. He has long-term experience in studies related to land-use science and human dimensions of environmental change. He received a doctorate in Environment and Society at State University of Campinas, 2015. He has been scientific editor of the Journal of Mountain Science since 2020. 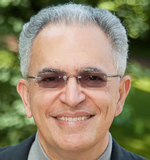 Prof Emilio F. Moran is John A. Hannah Distinguished Professor at Michigan State University and has appointments in the Department of Geography, Environment and Spatial Sciences, and in the Center for Global Change and Earth Observations at MSU. He is Visiting Researcher at the State University of Campinas. He has been a member of the U.S. National Academy Sciences since 2010. He is the author of 11 books, 16 edited volumes, and more than 220 journal articles. 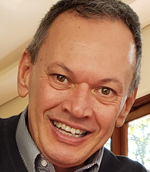 Prof Mateus Batistella is an interdisciplinary scientist, pursuing a multidimensional approach in landscape ecology, land change, geospatial research and innovation for agriculture and the environment. He is a senior researcher at the Brazilian Agricultural Research Corporation (Embrapa) and a Professor at the State University of Campinas (Unicamp). He is the author of 2 books, 4 edited volumes, and more than 70 journal articles.

Understanding statistical significance of subgroups in the data science era
Engineering & Technology
Read This Article
Effective communication in times of risk and crisis: The IDEA model for translating science to the public
Behavioural Sciences
Read This Article