Behavioural Sciences
Research has shown that when we make decisions, we are influenced by biases relating to the way we structure knowledge in our brains. If these biases are shared by others, they can be exaggerated. This often results in false memories, which is the recall or recognition of phenomena that did not occur. Yoshiko Arima and colleagues at Kyoto University of Advanced Science investigated the conditions that could lead to false memories within a group process, and the relationship between false memories and shared knowledge structure.

Collaborative groups are known to create a higher level of memory accuracy than individuals. This is thought to be the result of a larger information pool, the opportunity to revise errors and efficient decision-making. Despite their improved accuracy, collaborative groups tend to make errors in recall tasks. Several studies have found that people are more confident about the accuracy of memories recalled by a group than those recalled by individuals, even when these memories are false. Taken together, this suggests that group false memory occurs when all group members fail to detect errors.

Reaching consensus in group decisions
There is wide variability in the time taken to reach consensus when making a decision through a group process. The two main factors which influence the likelihood of reaching agreement are within-group discrepancy (differences among group members) and between-group discrepancy (difference among groups). The former has been considered the basis for intragroup disagreements and the latter for intergroup disagreements. However, previous research has suggested that these behaviours can influence each other. Studies have found that between-group discrepancies influence not only intergroup processes but also intragroup processes. 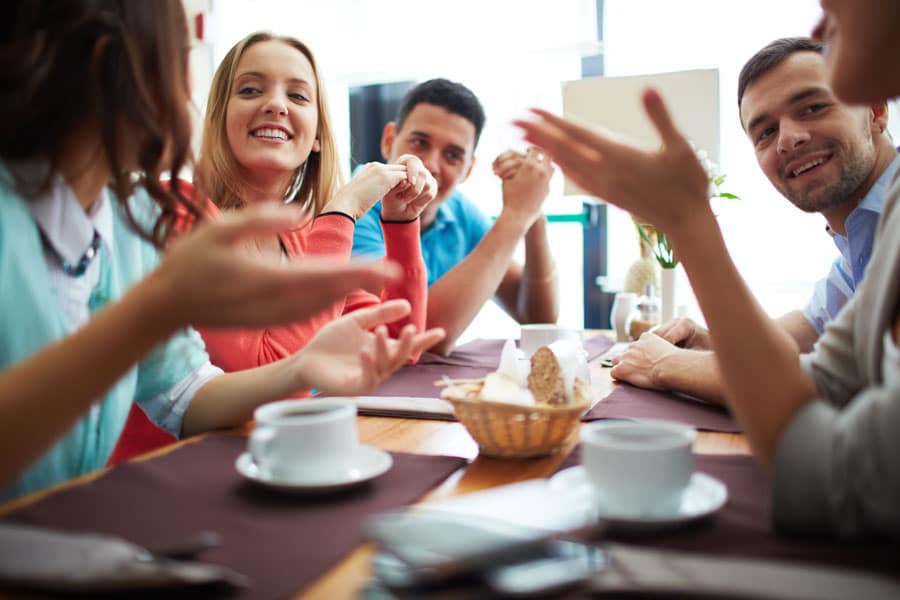 Factors influencing group consensus
Group polarization is the tendency for a group to make decisions that are more extreme than the initial inclination of its members (known as the mean tendency). Groups polarize their attitude to the direction of mean tendency of whole sample even though they do not know which direction it was. Using the group polarization paradigm, research conducted by Dr Yoshiko Arima based at Kyoto University of Advanced Science, explored the conditions that lead to intragroup disagreement and attitude change following a disagreement among 269 participants. Her results show that the probability of consensus was low when the group means differed from the mean of the whole sample. When small differences among group members were found, depolarization (reverse direction to the polarization) followed disagreement. This suggests that the groups which deviated most from the population tendency were the most likely to cause within-group disagreement, while within-group differences determined the direction of attitude change following disagreement within the group.

Groups seem to reach a consensus or not randomly, however, they are controlled by the variance of the whole society. There is an ‘Invisible Hand’ who controls public opinion from one pole to another. The basic assumption of Dr Arima’s study is the invisible hand of our shared knowledge structure that needs identity and difference. The problem was, how to measure it?

There is wide variability in the time taken to reach consensus when making a decision in a group context.

Dr Arima investigated the effect of shared knowledge, manipulated using associated or randomly ordered word lists, on the association between group remembering and group polarisation. In one experiment, 159 university students answered a questionnaire about the common stereotype that blood type determines personality. Half were given lists of words that were consistent with this idea and the other half were provided with randomly ordered word lists. After completing the questionnaire, students were tested on how many words they could recall from the lists that had appeared in the questionnaire. Tests were conducted in either a group or an individual setting. The results demonstrated that stereotype-consistency of the word list reduced the groups’ ability to detect incorrect answers, compared with the individual condition.

In another experiment, 131 high school and university students were divided into three groups: group members having the same blood type (low-diversity), members with two different blood types (medium-diversity), and members with three or more different blood types (high-diversity). This condition induces three levels of variety of memories because of self-reference effect, which is the finding that information relating to oneself is easier to recall than unrelated information. The difference of belief in blood type stereotypes before versus after the recall task is called the shift score and represents the extent of group polarisation. The results showed an association between the shift score and the total number of recalled words including false memories when the word list was consistent with the blood type stereotype. This suggested that shared knowledge influenced group polarisation.

False memory vs errors
To measure shared knowledge structure, Dr Arima and her colleagues investigated whether group collaboration increases false memories if a word list is arranged in a way that is consistent with pre-stored group knowledge. This was studied using the Deese-Roediger-McDermott (DRM) paradigm. This involves participants first taking a free recall test after learning a word list associated with a certain non-presented word (known as the critical word) which is not presented within the list. After several of these recall tests, participants take a recognition test that includes the presented associative words (known as targets), non-presented associative words (critical words whereby a response indicates a false memory), and non-presented irrelevant words (known as distractors whereby a response indicates an error). Usually, the proportion of false memory is much higher than that of errors.

The activation-monitoring hypothesis predicts that false memory occurs when critical words continually become activated, eventually producing a memory. Evidence for this idea has been obtained from studies showing that false recognition increases, and accurate recognition decrease with the number of targets in a word list. Based on the activation-monitoring hypothesis, Dr Arima predicted that false memory would be dependent on the strength of the critical word as a semantic cue at the moment of learning. ‘Knowledge structure’ represents the associative-semantic network related to specific cues. ‘Shared knowledge structure’ is the intersection of group members’ knowledge structures. Two hypotheses were tested: firstly, that group false memory would be larger for the consistent word list condition than for the randomised word list condition, and secondly, that after collaboration, group false memory would increase more than errors and the difference between the consistent and randomised word lists at the pre-test stage would remain the same.

The activation-monitoring hypothesis predicts that false memory will occur when critical words become activated continually, and eventually produce a memory.

Using the DRM, they conducted the first experiment in 121 university students. Participants collaborated to select keywords using between-subject condition from a consistent or randomised word list. Between-subjects means that groups are compared with each other. The proportion of false responses was larger than that of error responses, particularly for the consistent word list condition and group collaboration increased false recognition for both word lists, which was not caused by social contagion. 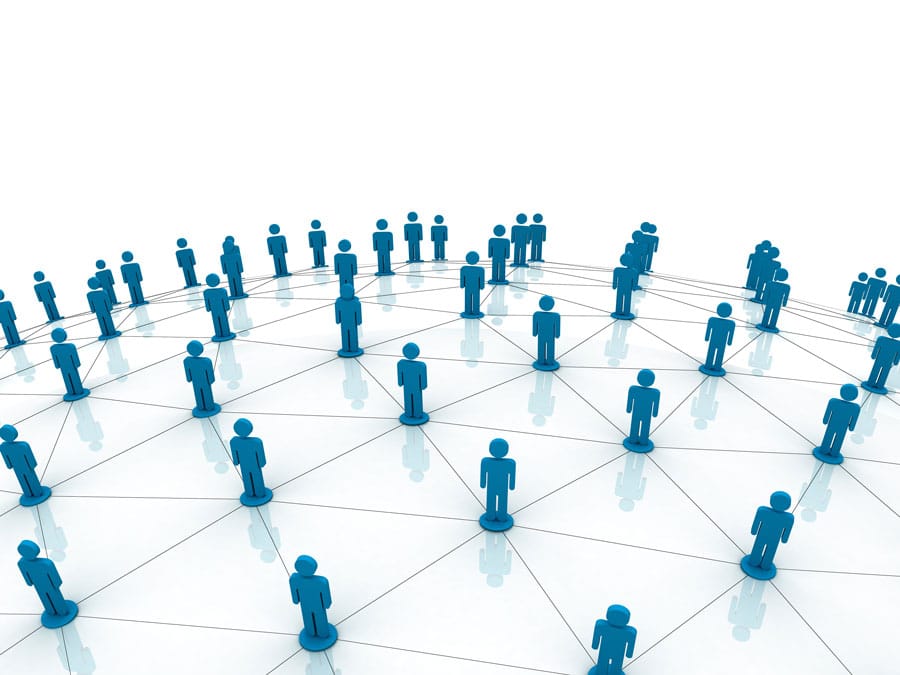 A second study on 119 university students used a within-subjects design, where differences within a group are compared and confirmed the findings of the first experiment. False memories increased after group collaboration regardless of the meaning of the words, maintaining the difference between the consistent and randomised word lists. Dr Arima also measured the response latency of each character using in word lists. The results demonstrated that there are relationships between response latency and the score of knowledge structure analysed by Multi-Dimensional Scale.

What is the focus of your future research?

<>The focus of my future research is to integrate group process studies with collective intelligence studies. Even if crowd deviated from the truth, expert crowds, or machine learning from expert’s data, will perform over the best member because crowds can integrate more variables than a person does. However, there is no guarantee that we can understand the complexities in the answer of collective intelligence. The common knowledge effect and cyber cascade polarize crowds and machines may learn the biases. The study on measuring shared knowledge structure is an attempt to estimate complexities of our knowledge
to prevent polarization of our society. 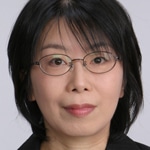 Dr Yoshiko Arima obtained her undergraduate degree within the Faculty of Human Science, Osaka University in 1980 before obtaining her PhD in Social Physiology. She is currently Professor at the Department of Psychology, Faculty of Humanities, Kyoto University of Advanced Science.