The quantum nature of gravity is an enigma which has eluded even the brightest of physicists for many decades. Now, Dr Norma G. Sanchez at the French CNRS LERMA Observatory of Paris-PSL Sorbonne Université describes a possible solution. Her approach takes the form of a general theory, incorporating both quantum mechanics and Einstein’s theory of general relativity. If correct, her results could bring researchers a step forward in their knowledge of how the physics which plays out on the very smallest of scales can be compatible with that which occurs on the very largest cosmological scales.

The question of whether light is a wave or a particle has baffled physicists since the 17th century. The problem first emerged when Isaac Newton developed his ‘corpuscle’ theory, which described particles of light which must only travel in straight lines; as seen in the reflection in a mirror. At the same time, however, other physicists including Christiaan Huygens and Thomas Young proposed that light must propagate as a wave, as it displays properties like diffraction and interference.

In fact, neither of these theories are necessarily ‘wrong’, since both of them are consistent with experimental observations when the right context is applied. On quantum scales, light travels in packets which we now call photons, but also reliably follows Maxwell’s equations, which describe the dynamics of classical electromagnetic waves. To explain how both theories can be correct at the same time, physicists needed a way to unify both classical electrodynamics and quantum physics into a deeper, more all-encompassing theory. Known among physicists as ‘quantum electrodynamics’, the theory was by no means simple to develop, but nonetheless, it has been done.

Generalising classical physics
At around the beginning of the 20th century, several physicists began work on revolutionary theories to explain why matter appears to behave differently on extremely small scales. In the subsequent decades, the resulting field of quantum mechanics resolved many questions which classical physics didn’t have the means to answer. Ultimately, the success of the theory stemmed from the fact that quantum theory is a ‘generalised’ theory, of which classical physics is just one specialised branch.

This means that while physics appears to be non-classical on quantum scales, classical behaviours emerge on larger scales, where quantum processes become far less relevant overall. Ultimately, therefore, quantum mechanics unites explanations for physical behaviours which are observed on a variety of scales. Yet despite the successes of quantum theory, physicists have realised for some time that even quantum mechanics is not general enough to explain all of the physics we have observed in the universe.

The incompleteness of gravity
Again, first described by Newton, the effects of gravity can be accurately described in many situations using classical physics alone. However, these theories are unable to fully explain all phenomena ever observed by astronomers. Albert Einstein famously resolved this issue through his theory of general relativity. His equations generalised gravity to a more all-encompassing theory; this time, to a geometric model which unites space and time, named spacetime.

Yet although Einstein’s theory has been watertight enough to hold up to even the latest astronomical observations, it appears to be completely incompatible with quantum mechanics. For physicists, this calls for an even deeper generalisation, which has been pre-emptively given the name ‘quantum gravity’. In her research, Dr Sanchez aims to realise such a theory, in which both quantum mechanics and general relativity are particular branches which are contained on their appropriate scales. To do this, she has incorporated physical theories which have emerged since Einstein first drew out his famous equations. The key point in her approach is that instead of starting from gravity and quantizing it, she starts from quantum theory and extends it to the high energy scales where gravity and quantum effects are of the same importance.

Dr Sanchez uses ‘semi-classical’ gravity as a standard theory, which emerges from her own theories in particular situations.

Building on an intermediate theory
Later on in the 20th century, a wide variety of intriguing discoveries about the nature of our universe began to emerge. These included Stephen Hawking’s celebrated explanations for how black holes decay through radiation, as well as Cosmic Microwave Background radiation – a faint source of light found across the entire sky, which indicates the density structure of the entire universe.

These theories are united in the approximation that matter displays quantum behaviour, but moves around according to a classical description of spacetime. Known as ‘semi-classical’ gravity, this model acts as a useful bridge between the separated theories of quantum mechanics and general relativity, and a unified theory of quantum gravity. Because of this, Dr Sanchez uses it as a standard theory, which emerges from her own theories in particular situations.

Extending classical-quantum duality
While previous theories which incorporate semi-classical gravity have described vast astronomical structures, Dr Sanchez brings it down to quantum scales in her research. To describe how gravity could work in this regime, she starts from the classical-quantum duality of quantum theory and extends it across and beyond the Planck scale. This is where a unification of three fundamental physical constants occurs: Planck’s constant, originating from quantum mechanics; Newton’s gravitational constant from classical gravitation; and the speed of light, which Einstein proved to be constant through general relativity.

Dr Sanchez has now started a theory which incorporates these three constants into one unified structure. In doing this, the property of ‘wave-particle-gravity’ duality, or ‘classical-quantum gravity’ duality emerges. If Dr Sanchez’s calculations are correct, it could provide a solution to the puzzle which has eluded physicists for centuries.

Emerging results from generalisation
Within Dr Sanchez’s universal theory, wave-particle duality of known quantum physics emerges as a special case for when the right circumstances are applied, instead of being a general rule. This means that instead of being at odds with each other, both theories that light is wave-like and particle-like are simply special branches of the same, more deeply rooted theory.

This also allows for the emergence of properties including the classical-quantum duality of spacetime, whose quantum nature has remained highly elusive so far. In addition, Dr Sanchez claims that an entirely new quantum domain emerges which is not present in the classical description of spacetime – giving physicists a more complete description of its properties. Within this domain, discrete levels of space-time appear at the quantum Planck scale. On classical macroscopic scales, the collective behaviours of these levels appear indistinguishable from the space-time continuum which physicists are more familiar with.

Re-drawing the light cone
One particularly important result of Dr Sanchez’s theory has been the unexpected emergence of a ‘quantum light cone’, which doesn’t appear within a classical description of the universe. In general relativity, a light cone describes the path taken by light emerging from a single point in time and space; along with all paths taken by the light reaching the point as the flash occurs. The cone shape emerges since all light must reach the same distance from the point at a given time no matter its direction. The boundary of the cone arises because the speed of light is the highest possible velocity throughout the entire universe.

One particularly important result of Dr Sanchez’s theory has been the unexpected emergence of a ‘quantum light cone’.

Within Dr Sanchez’s theory, the new quantum light cone includes a small space between the tips of the opposite-facing cones, which are, in fact, hyperbola-shaped instead of pointed. Quantum properties then emerge within this space, in the region of time and space immediately surrounding the flash. On larger scales, where quantum effects are no longer relevant, the classical light cone re-emerges; ultimately allowing both previous theories to work in harmony with each other. 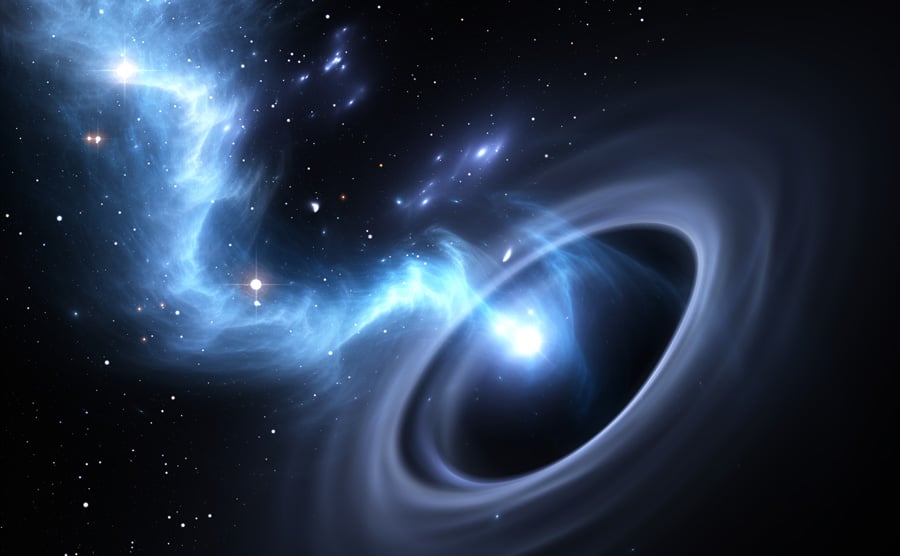 According to Dr Sanchez, the outer regions of black holes are either classical or semi-classical, while the behaviours of their interiors are totally governed by quantum mechanics. The event horizon disappears at the quantum level, a ‘quantum border’ emerges at which the interiors and exteriors of black holes become the same on quantum scales. Moreover, the classical space-time central singularity – the point at the centre of a black hole at which curvature had been theorised to become infinite, is avoided in this case. According to Dr Sanchez, the singularity must disappear at the quantum level, to remain consistent with the smearing of singularities on quantum scales.

A transformation in understanding
Over the past decades, potential solutions to quantum gravity and several types of mathematical dualities have been hotly debated, and it has remained uncertain whether or not our fundamental understanding of physics needs to be completely rethought. But Dr Sanchez understood that is the physical and universal wave-particle duality of quantum physics which is at the root of the solution. Ultimately, a unified idea of the quantum nature of astronomical-scale phenomena could transform our understanding of how the universe works, and would set the stage for an exciting new era of theoretical physics and cosmology.

What do you find most inspiring about your work?

<=”acceptedAnswer”> The fact that it is a creative, endless work with total freedom, motivated by true advance and discovery beyond current knowledge.

The present article is one from a trilogy published by the author in 2019 on the subject, and from which much more developments are going on: Sanchez, N.G. (2019). The classical-quantum duality of nature including gravity. International Journal of Modern Physics D28, No. 03, 1950055. 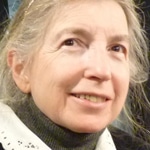 Prof Dr Norma G. Sanchez is director of research at the French National Centre for Scientific Research and director of the International School Daniel Chalonge – Hector de Vega. Her first work was on the scattering and absorption theory by black holes and Hawking radiation, she obtained for the first time the whole absorption spectrum of the back hole, (French These d’Etat, 1978), connected Einstein equations to other known non-linear theories and their solutions, developed new approaches to quantum fields and strings in curved space-times and found new physical effects. Norma does research in Physical Cosmology, Theoretical Physics, The Standard Model of the Universe from the early to the late universe, with Inflation, the CMB and primordial gravitons, Warm Dark Matter, Dark Energy and quantum physics.