Dr Holly Pollard-Wright, independent researcher and CEO of Wild Ride Wildlife Services, has developed a transdisciplinary theory of mind which draws on principles from classic and quantum physics, ancient philosophies of transforming the mind, and modern principles of behavioural and cognitive science. The mind is viewed as energies of relationships, with no beginning and no end, that give rise to consciousness in an observer processing change or information from the universe. This theory has implications for transforming states of mind and the ethical treatment of all living beings.

What is mind? Where does it begin and where does it end? What are the energies that constrain and transform minds? Can these forces and energies of mind be directed by effortful control? Do universal principles of physics apply to the minds of living beings? These are some of the questions that Dr Holly Pollard-Wright, CEO of Wild Ride Wildlife Services Inc. and founder of Dark and Normal Matters LLC, sets out to answer in her Theory of Mind. Drawing on and melding logical principles from different scientific theories, including concepts from Einstein’s Theory of Special Relativity, Dr Pollard-Wright proposes that scientific understandings be applied symbolically, to understand the minds of living beings. 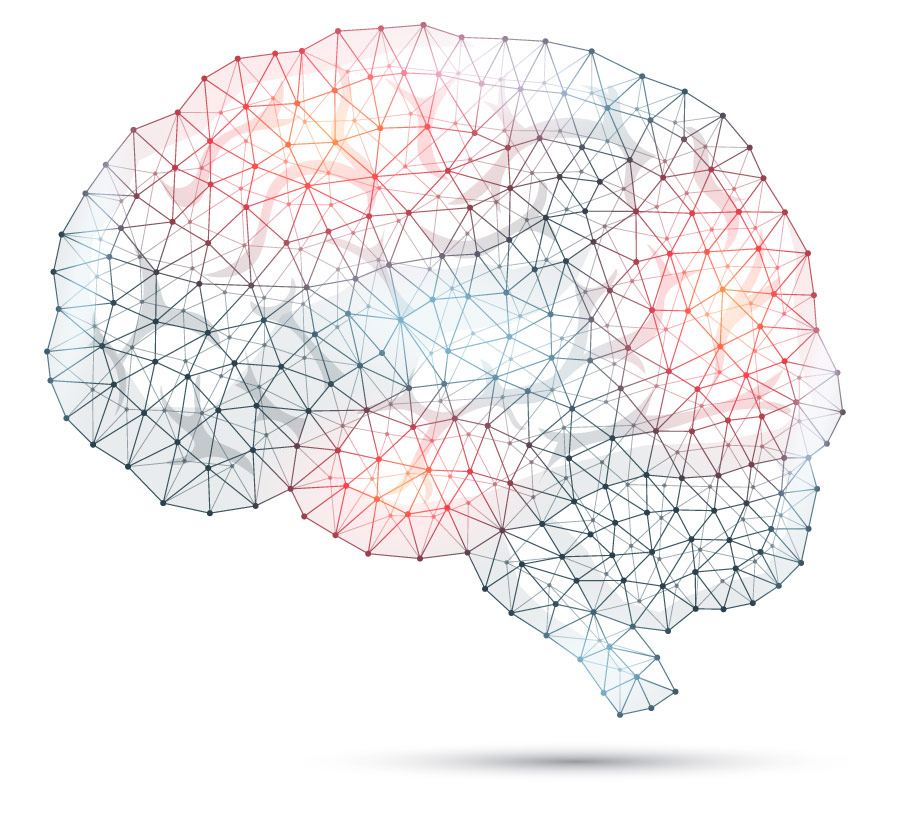 Essential concepts within this understanding of mind include the transformation of energies through interaction and relationship. Dr Pollard-Wright puts forward three states of mind: a pure awareness state, a pure mental state, and a mental images state. Mind is proposed to be an ‘energy pure mental’ state which detects and reacts to stimuli it encounters through sensory signals. This is an unconscious activity of mind wherein these signals are transmitted to an observing ego which encodes the signals into primordial feelings of stimuli as pleasant, unpleasant, and neutral. These encoded ‘records’ are stored and remembered as ‘Feelings of Knowing’ which, in turn, become a stimulus for a response when encountering stimuli in the environment which provoke this ‘Feeling of Knowing’. ‘Feelings of Knowing’ are the foundation of Interoception – the sense from within the body – that regulates and drives behaviour. Inherent to this process are cyclical relationships involving interactions between the body (unconscious energy pure awareness of events), mind (energy mental images which create signals of the events), mind (energy pure mental which processes the signals’ content), and mind (an observing ego that processes the conscious content).

Mind as Observing Ego
Dr Pollard-Wright proposes that mind embodies a pure mental state and a mental images state which is perceived by an observing ego. Mind thus incorporates three types of intelligence. Firstly, that of conscious events which comprises information created by mind and recorded as energy mental images. Second, unconscious intelligence which comprises events created by mind while detecting and processing information. Third, conscious intelligence created by actions and reactions of mind (pure mental energy and mental images energy) in recursive relationships with the energy pure awareness. Dr Pollard-Wright says that this theory of mind is thus a “theory of everything that is the content of consciousness”. Implicit in this theory is an understanding of the relationships of mind as bidirectional, reflexive and autopoietic. Mind thus becomes an observer of itself – or an ‘observing ego’ while detecting, processing, recording, integrating and reacting to information.

Relationships of Mind
Dr Pollard-Wright puts forward a components map model which sets out the different ‘layers’ of mind, with interoception as a substrate of mental content (see figure 1). The lower levels in this model also include exteroception (sensing stimuli outside the body) and proprioception (intuitive sense of the body’s position in physical space). Emotions and affective states are also included in the components map model, as states which act as a gateway to thoughts and memories. These lower levels represent ‘bottom-up’ expectations or thoughts in this model of mind. Dr Pollard-Wright proposes that some of this content may represent ‘the world of appearances’. Affective states automatically give rise to emotion and perceptions; emotions, thoughts and memories become the content of consciousness. This gives way to reactions that are autonomic (reflexive) and impulsive, as well as those that are more considered and entail forethought. A cause-and-effect relationship is established in mind through encoded records and this relationship is in essence cyclical and reflexive in relation to the energies and components of mind.

Interoception
Dr Pollard-Wright proposes that the ability of living entities to react with forethought is linked to the level of sensitivity to the bodily sensations. Those with heightened sensitivity to their bodily sensations find it more difficult to react with forethought. This can though be changed by altering the reaction from an impulsive bottom-up driven response, to one which is more ‘top-down’ and involves using volition or ‘will’.

In applying these principles of conscious intelligence to understanding fear in animate living beings, Dr Pollard-Wright proposes that the primordial feeling of something as unpleasant is created by brain electrochemical and synaptic neuronal activity which precedes image making. This is the first ‘moment of subjectivity or consciousness’. This activity of mind produces a ‘Feeling of Knowing’ which when associated with an interoceptive physical sensation within the body, may trigger an increased awareness of thought. This, in turn, may cause mental suffering or pain for living beings, such as the development of fear and phobias. Phobic behaviours are intense and excessive states of fear, often considered irrational by others observing the person displaying or expressing intense fear of a situation or object. These intense states of fear can result in an experience of panic, accompanied by strong emotional and intense physiological reactions in living beings. These reactions can cause subjective distress with energy directed at attempting to avoid the object or situation of fear. This suffering has its origins in interoceptive ‘Feelings of Knowing’. Dr Pollard-Wright proposes that these feelings have their origins in diverse regions of the peripheral nervous system, including the gut and the immune system of living beings, and associated electrochemical reactivity within the brain. Unpleasant interoceptive experiences can, however, be important in alerting an individual to a potential threat or impending unpleasant experience. These interoceptive cues are learnt through experience and can be intense and overwhelming and difficult to ‘over-ride’, thus resulting in a feeling of panic and an impulse towards perceived harm avoidance. Dr Pollard-Wright says that the impulsive response of panic can be described as a ‘fight or flight response’. 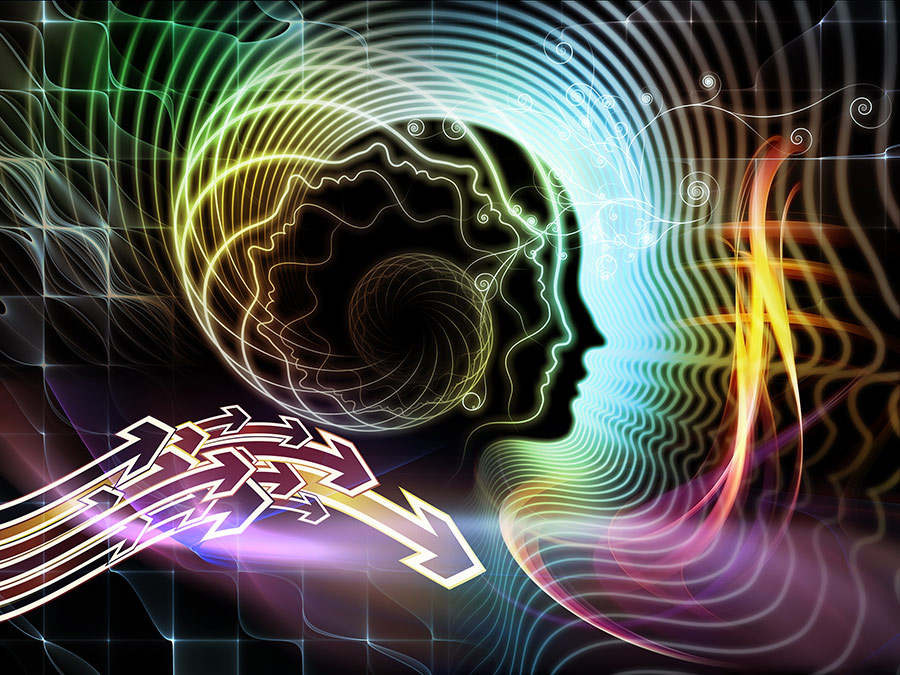 Transforming Mind
Dr Pollard-Wright argues that it is possible to transform an individual’s interoceptive experiences, through practices which incorporate mindfulness. Within this, the first step towards understanding emotional experiences would be learning to be an observer of ‘bodily sensations as patterns’ (i.e. interoceptive patterns) which in turn evoke feelings. Identifying the patterns which provoke emotional responses can enable an individual to feel more in control. Through this process of exploration by the individual of their interoceptive experiences which are causing neuropsychiatric or medical conditions, the individual can begin to disrupt the impulsive response to a stimulus. According to Dr Pollard-Wright’s model, an individual can learn to ‘anchor’ their responses by observing the bottom-up process of interoceptive patterns. The emphasis contrasts with a top-down content focused approach to changing fear, where the focus is on cognitive restructuring. Within this model which proposes a mindfulness-focused intervention in transforming the mind’s energy in response to stimuli, the objective is to experience the emotion and remain present with the emotion. Ultimately, this process of observing the interoceptive pattern anchors the appraisal of the stimulus and provides the individual with a greater sense of control over the fear. 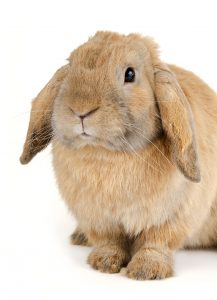 Mind as Connected: Empathy
Dr Pollard-Wright says that this theory of mind has application not only to understanding the minds of humans but also for understanding the consciousness of animals. She points out that we know that many animals show physical, behavioural and emotional responses, similar to that of humans when processing information and solving problems. Extending this theory of mind to animals offers a potential beginning for understanding the conscious and intelligence of animals. This has implications for the ethical treatment of all living beings and the relationships between living beings. This theory of mind thus offers “a new perspective and respect for all living organisms on Earth”.

<> According to this theory, all living creatures with brains and central nervous systems experience emotions reflexively (i.e. automatically). Nonhuman individuals’ emotional experiences arise from the cognitively contextualised perception of bodily states’ changes and beliefs about interoceptive signals’ causes. I argue that all living entities are intelligent, and those with brains and the central nervous system experience emotion and thus can suffer. As conceptualised by this theory, suffering signifies diversity in perception with a foundation of interoception that includes the reflexive experiencing of emotion. Accordingly, I believe that a radical shift in ethics related to nonhuman species, including their commercial use and research, is in order. 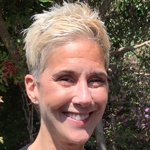 Dr Holly Pollard-Wright, DVM, CCRP works clinically as CEO/President for Wild Ride Wildlife Services, Inc., a nonprofit with a focus on providing surgical and medical care to injured and orphaned wildlife. She is an independent researcher (IEEE, NCIS) with peer-reviewed publications with a wide range of interests.

Dr Pollard-Wright has formulated a transdisciplinary theory of mind.

One thought on “Mind as Energy”